Joe Biden has begun calling world leaders but Boris Johnson is braced for an early snub from the President-elect.

Diplomatic sources acknowledged the Prime Minister was unlikely to be ‘top of the list’ for the man who described him last year as a ‘physical and emotional clone’ of Donald Trump.

British diplomats believe Angela Merkel, Emmanuel Macron and Irish PM Micheal Martin are among the leaders likely to hear from Mr Biden first as he rebuilds relations with the EU following years of hostility from Mr Trump.

One source said: ‘Look, we’re probably not top of the list for the first phone call. Are some people in government fretting about that? Yes, but you can read too much into it. If we find ourselves being called after Papua New Guinea then we should probably start to worry.’

Mr Biden, who has described himself as Irish, is an opponent of Brexit. He has warned that a planned US-UK trade deal will be put in the deep freeze if the fallout from Britain’s departure from the EU undermines the Northern Ireland peace process.

Yesterday Mr Johnson launched a concerted charm offensive designed to win him over.

He said he believed there was still a ‘good chance’ a trade deal would be struck with the US.

The PM is said to be considering the offer of an early state visit to Mr Biden as soon as the pandemic makes it practical. 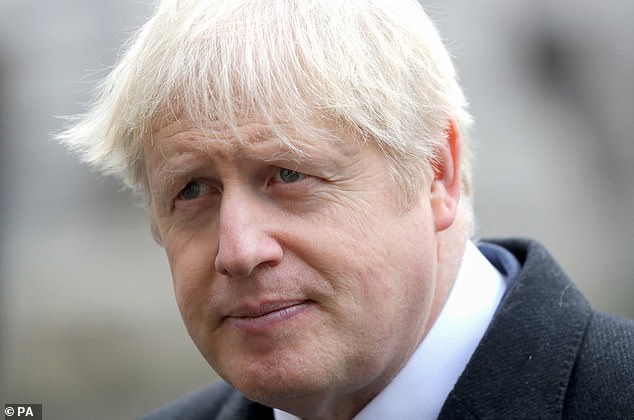 Yesterday Mr Johnson launched a concerted charm offensive designed to win him over. The Prime Minister said there were ‘many, many, many, many, many’ issues where the two men have shared aims, including climate change, trade and security

Congratulating him and Vice President-elect Kamala Harris, he added: ‘The United States is our closest and most important ally. And that’s been the case under president after president, prime minister after prime minister. It won’t change.

‘And I look forward to working with President Biden on a lot of crucial stuff.’

Asked about Mr Biden’s belief he is a Trump ‘clone’, Mr Johnson said there was ‘far more’ uniting the governments ‘than divides us’.

Some senior Democrats still bridle over Mr Johnson’s 2016 claim that Barack Obama’s ‘part-Kenyan’ heritage had soured his attitude towards the UK.

But Senator Chris Coons played down the row, saying Mr Biden would not want to ‘re-litigate’ every past remark.

Britain has been here before. We can build bridges

By Sir Christopher Meyer, Former Ambassador to the U.S, for the Daily Mail

Whenever a US election delivers a radical change in President, anxieties, even panic, flare in Downing Street about what it will mean for the UK/US relationship.

Meanwhile, almost like clockwork, commentators compete to write gloomy obituaries for the ‘Special Relationship’. And this time, following the election of Joe Biden, is no different.

But for goodness sake, everybody, calm down. We have been here before. In 2000, I was Britain’s ambassador in Washington when the result of the US presidential election between the Republican George W. Bush and the Democrat Al Gore hung in the balance.

In the end, after a tense few weeks, the US Supreme Court settled it in Bush’s favour. 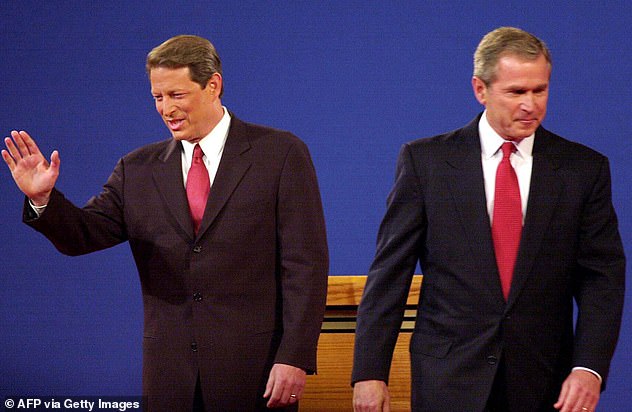 We have been here before. In 2000, I was Britain’s ambassador in Washington when the result of the US presidential election between the Republican George W. Bush and the Democrat Al Gore hung in the balance

The New Labour Downing Street of prime minister Tony Blair had followed the race closely and anxiously. They had a lot of eggs in Gore’s basket. Blair had developed a close personal and political relationship with the previous Democrat president, Bill Clinton.

And so New Labour hoped and prayed that Gore, who had been Clinton’s vice-president, would pick up where Clinton had left off. It was not to be. Bush became president.

Yet despite this, and despite the fact that Blair and Clinton were far closer than Boris Johnson and President Trump, that proved no barrier to Blair developing an equally close relationship with Bush.

Indeed, when I asked one of Bush’s closest advisers whether Blair’s friendship with Clinton would be a problem for the new president, he replied: ‘By your works shall ye be known.’

Behind the typically Texan biblical style, there was a profound message: namely that if our national interests coincided, all would be fine. That was what happened – and there’s no reason to think that, this time round, things will be any different.

For ultimately, the notion that Johnson and Trump are politically joined at the hip is rooted in myth – one that seems to be based on Trump’s backing for Brexit and a free trade agreement with the UK. 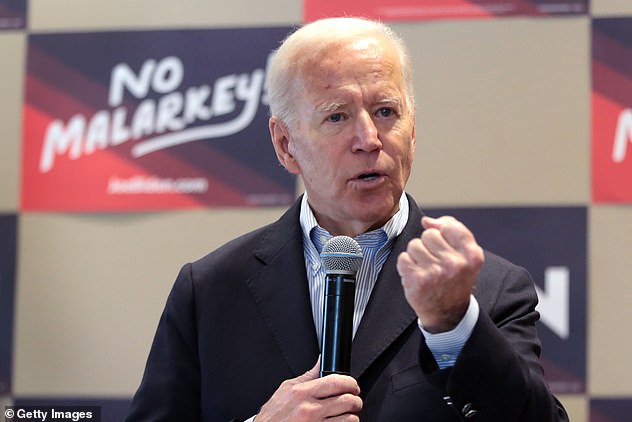 After a long career in the US Senate he is extremely well known to us, and to a succession of British ambassadors

Yet this never translated into anything concrete. Though trade negotiations began, Trump has been reluctant to stand up to those in his own country, especially the US agriculture lobby, who were insisting on terms we could never accept.

Certainly he was right to criticise the People’s Republic of China for its unfair trade practices, its threats to national security and its assertive expansion of global influence.

But, as our Foreign Office never ceases to say, this is a policy that needs to be handled with care, not in the impulsive and unpredictable way that was a trademark of Trump’s foreign policy. On the other hand, the raw materials for a close working relationship with President Biden are all there.

After a long career in the US Senate he is extremely well known to us, and to a succession of British ambassadors.

So too are some of his closest foreign policy advisers who can expect high office in his administration, such as President Obama’s national security adviser, Susan Rice, and his deputy secretary of state, Tony Blinken, whom I got to know well some 20 years ago.

Crucially, judging by Biden’s record in the Senate, it is pretty clear that his position on international issues coincides almost exactly with the priorities of British foreign policy.

He will take a firm line with Russia and China. He supports international cooperation.

He will also reset relations with America’s traditional friends and allies in Nato and the European Union, most of whom have been neglected or insulted by Trump.

Even when we are outside the EU, it will be an important British interest that Europe and America enjoy the closest of relations.

And so we must not fall into the trap of thinking this is a zero-sum game. It does not, for example, matter a hoot whether Biden comes to London first before any other European capitals. 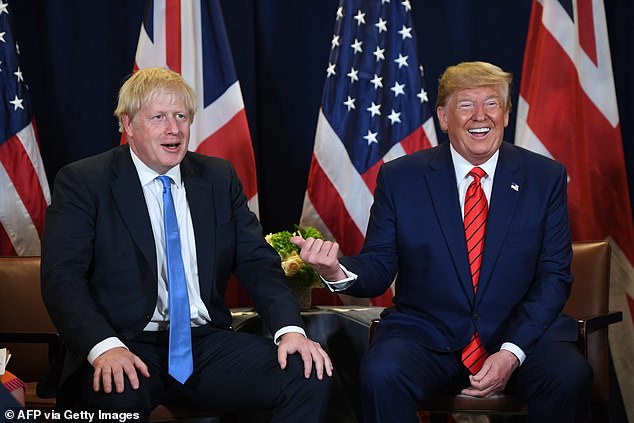 For ultimately, the notion that Johnson and Trump are politically joined at the hip is rooted in myth – one that seems to be based on Trump’s backing for Brexit and a free trade agreement with the UK

In any case he will come to the UK twice next year for the G7 summit and the Paris Climate Accord meeting.

Of course, we still have a lot of work to do explaining Brexit to our American friends, who for decades have supported the idea of European unity without always fully understanding what it entails.

But after all, the US is second to none in cherishing its national sovereignty, which is why it is not a member of the International Criminal Court.

So it should well understand the British people’s democratic decision in 2016 to repatriate sovereignty from Brussels.

As for Northern Ireland, it needs to be even more urgently and insistently explained that the British Government will do nothing to damage the Good Friday Agreement.

It is in our interest, above all others, that there should be peace, not violence, in our own nation.

We must never forget that in many areas – from defence and intelligence cooperation to mutual investment – British-American relations have, for decades, been extraordinarily close.

There is absolutely no reason why this should not continue under President Biden. It is so obviously in the national interest of both our countries.