The Government has ended its £1,500 plug-in car grant scheme despite funding being previously confirmed until 2023.

The news came after the price of petrol and diesel hit another record high yesterday and prompted a wave of criticism from the motor industry.

The scheme has provided more than £1.4billion to motorists and supported the purchase of nearly half a million electric and hybrid vehicles since launching in 2011.

It was designed to narrow the cost between electric and petrol and diesel cars and started at £5,000, but the Government has repeatedly hacked it back and stated it is temporary.

Many electric cars cost more than this and considerably more than their petrol and diesel equivalents, but sales are nonetheless strong and slower depreciation of EVs narrows the gap on finance deals, which most new cars are bought on.

Successive reductions in the size of the grant, and the number of models it covers, have had no impact on the increasing rate of sales of these types of cars, according to the Department for Transport.

As a result, the Government is now refocussing funding – around £300million – towards what it views as the main barriers to the electric vehicle transition, including public charging.

It will also support the purchase of other road vehicles, plug-in taxis, vans, trucks, motorcycles, and wheelchair accessible vehicles, where the transition requires more development.

But the move brought a backlash from motoring experts, who said that it removed a little extra helping hand that was most valuable to those on low incomes – many of whom may have older cars being hit by pollution zones, such as London’s ultra low emmission zones (ULEZ).

Ginny Buckley, founder and chief executive of website Electrifying, said: ‘Electric cars are already out of reach for many hard-working families and I fear scrapping the grant entirely pushes us further down the road of becoming a two-tier nation when it comes to ownership.

‘As the Government points out, sales of electric cars have risen by 70 per cent in the last year, and now represent one in six new cars on UK roads.

‘But dig a little deeper and those figures reveal that a large proportion are registered to business users benefiting from financial incentives including salary sacrifice schemes and low benefit-in-kind.

‘This grant made a big difference to many hard-working families and removing it seems short sighted, particularly as the Scottish Government announced last week that £28million will be made available as part of the Low Carbon Transport Loan scheme, giving drivers up to £28,000 in interest-free loans for a new electric car and up to £20,000 for a second hand one.’

‘It’s now up to car makers to bring out the smaller less expensive models we desperately need to help drive uptake.’

The Government pulled the plug on electric car grants as calls for further tax cuts on petrol and diesel moved up a gear. The 5p fuel duty reduction from the Budget was long ago overtaken by rising pump prices, as the oil price has climbed and pound has fallen.

RAC fuel spokesperson Simon Williams said: ‘The price of petrol climbed still higher on Monday with a litre now costing an average of 185.44p across the UK, making a full tank £102.

‘Despite the wholesale price of petrol peaking on the first of the month prices are likely to rise further this week as the wholesale cost has averaged 150p a litre in the last week which means – when you add 7p retailer margin and 20 per cent VAT – it’s likely to continue to rise towards 188p a litre.

‘To put things into perspective in April, the unleaded delivered wholesale price averaged 123p a litre and in May it was 139p.

The Government defended its move to axe the grant, claiming it had been a success and help needed to be targeted elsewhere.

Trudy Harrison, Transport Minister, said: ‘The Government continues to invest record amounts in the transition to EVs, with £2.5billion injected since 2020, and has set the most ambitious phase-out dates for new diesel and petrol sales of any major country.

‘But government funding must always be invested where it has the highest impact if that success story is to continue.

‘Having successfully kickstarted the electric car market, we now want to use plug-in grants to match that success across other vehicle types, from taxis to delivery vans and everything in between, to help make the switch to zero emission travel cheaper and easier.’

Although new requests for grants will now be denied, all existing applications will continue to be honoured and where a car has been sold in the two working days before the announcement, but an application for the grant from dealerships has not yet been made, the sale will also still qualify for the grant.

Battery and hybrid electric vehicles now make up more than half of all new cars sold and fully electric car sales have risen by 70 per cent in the last year, representing one in six new cars joining UK roads. 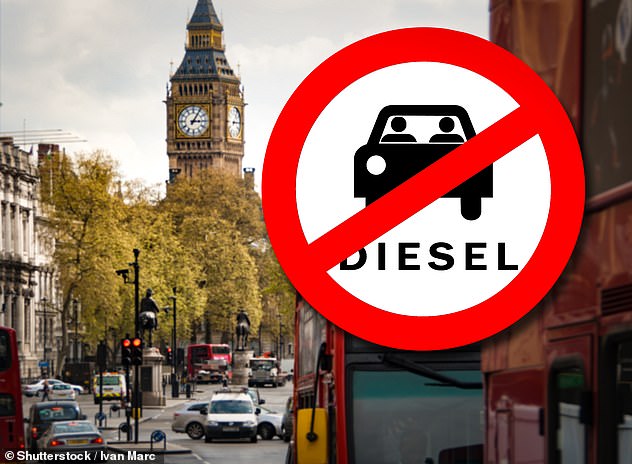 Sue Robinson, chief executive of the National Franchised Dealers Association, which represents franchised car and commercial vehicle dealers in the UK, is disappointed by the move.

She said: ‘The decision to close the plug-in car grant is exceedingly disappointing as it will, without doubt, heavily disincentivise EV adoption across the UK and has the potential to derail the positive progress the automotive sector has made towards decarbonising transport.

‘This move sends the wrong message to consumers and will ultimately harm less affluent families seeking a transition to a cleaner method of transport.’

Electric cars are already out of reach for many hard-working families and I fear scrapping the grant entirely pushes us further down the road of becoming a two-tier nation when it comes to ownership.

Jim Holder, editorial director, What Car?, said in response to the move: ‘It’s disappointing that at a time of rising costs of living that one of the headline-grabbing incentives to encourage new car buyers to make a switch to a more environmentally friendly form of transport is being removed.

‘The truth is that the grant had been whittled down to a point that it applied to only a minority of electric cars on sales – the power of the incentive was that it helped encourage people to explore the benefits of electric cars, possibly more than it helped them buy them.

‘Now the focus is on providing the infrastructure to ensure owners and would-be buyers have the confidence to use their electric cars everyday without compromise. While many private charging companies are doing an amazing job, investing millions, the pace needs to step up exponentially if the goal of supporting an electric-only new car market by 2030 is to be met.’

Nicholas Lyes, RAC head of policy also expressed disappointment at the scheme ending, adding that it may risk the transition to electric if costs are too high.

He said: ‘The UK’s adoption of electric cars is so far impressive but in order to make them accessible to everyone, we need prices to fall – having more on the road is one important way of making this happen, so we’re disappointed the Government has chosen to end the grant at this point.

‘If costs remain too high, the ambition of getting most people into electric cars will be stifled.’

Last year, the Government pushed its deadline forward for the ban of new petrol and diesel cars  and vans from 2040 to 2030.