Cole Sprouse took to Instagram Monday with a trio of pictures in which he sported a large beard.

Sprouse, 29, captioned the post, ‘Please swipe bb girl’, as he stared into the camera in a traditional selfie with his shaggy brown locks parted.

The Arezzo, Italy-born actor was also seen donning a costume ensemble of a baggy beige top with dark moss green pants and a black corset with three gold buttons.

The latest: Cole Sprouse, 29, took to Instagram Monday with a trio of pictures in which he sported a large beard

Sprouse, who plays the role of Jughead Jones on the TV show Riverdale, was on the social media site weeks after it was revealed that the show was set to conclude with its seventh season on The CW.

‘I am a big believer of giving series that have had a long run an appropriate send-off,’ the network’s CEO Mark Pedowitz said of the series, according to Deadline. ‘We are going to treat the show in the manner it deserves. It’s been an iconic pop culture star and we want to make sure that it goes out the right way.’

The series, which was developed by Roberto Aguirre-Sacasa and also features KJ Apa, Lili Reinhart and Camila Mendes, first hit the air in January of 2017.

Prior to the announcement, Sprouse in April chat with The New York Times, and was asked about memes that circulated joking he was upset about the show’s renewal for a seventh season. 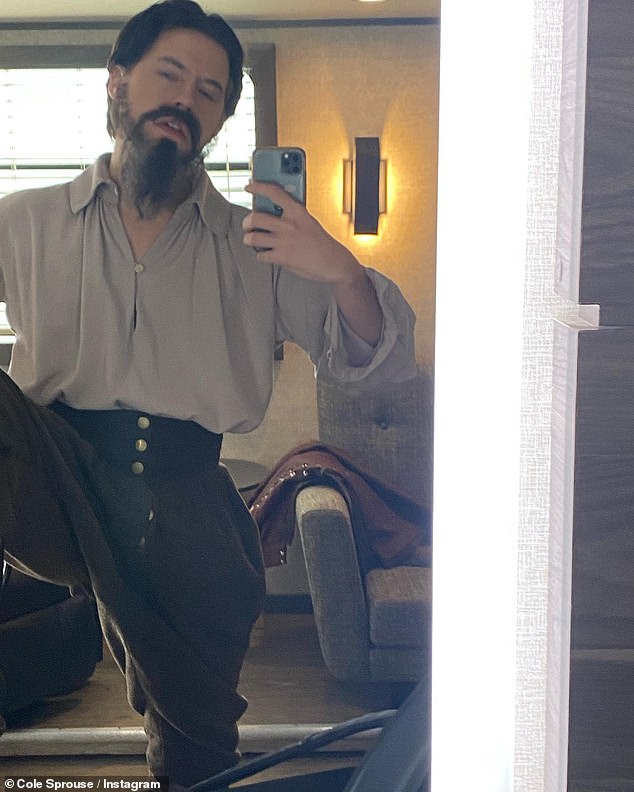 The Arezzo, Italy-born actor was also seen donning a costume ensemble of a baggy beige top with dark moss green pants and a black corset with three gold buttons 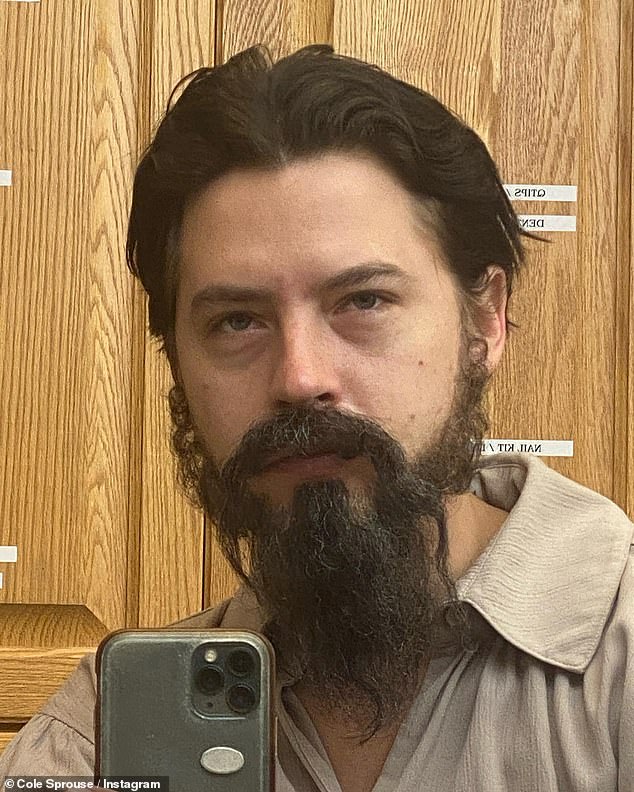 ‘It’s not completely accurate,’ Sprouse said. ‘One, because I’ve just assumed we’re going to see the finality of our [seven-season] contracts. Two, I think the internet assumes – because of how insane our show is – that we’re probably doing a bit worse than we actually are.

‘It’s easy to forget that people love the show. And I do think it’s going to be much more appreciated in 10 years than it is right now. It would be pretty pompous of me to say that another season of financial stability is not something that would be appealing. Though I’m not going to lie. The memes do make me laugh.’

In the chat, the Disney Channel alum was also asked about if he thought it was possible for child stars to emerge ‘unscathed’ after growing up in the entertainment industry.

He said he and his twin brother Dylan ‘used to get quite a bit of, “Oh, you made it out! Oh, you’re unscathed,”‘ pointing out that many of ‘the young women’ he acted alongside ‘were so heavily sexualized from such an earlier age than my brother and I that there’s absolutely no way that we could compare our experiences.

‘And every single person going through that trauma has a unique experience.’ 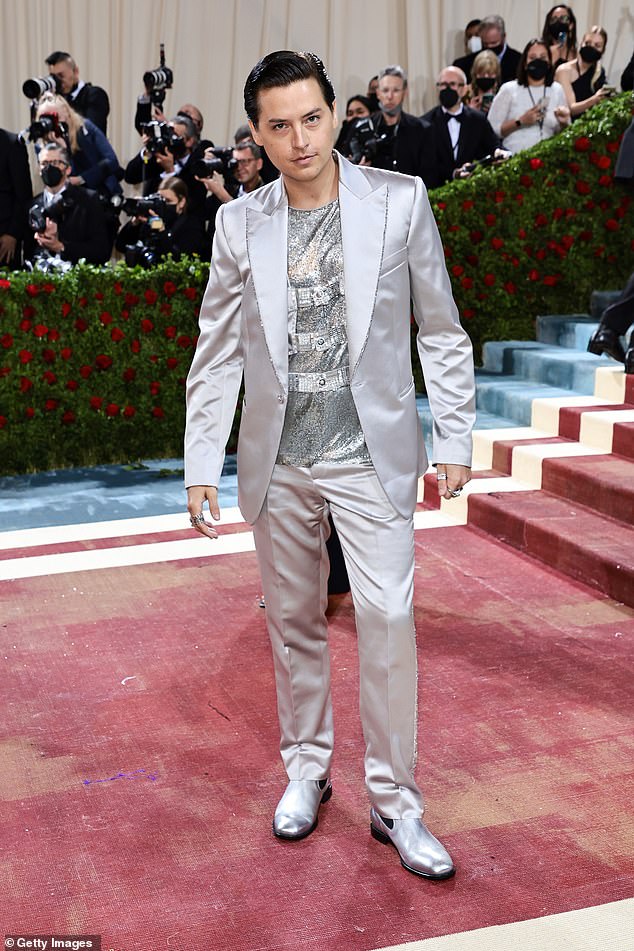 The Moonshot actor added: ‘When we talk about child stars going nuts, what we’re not actually talking about is how fame is a trauma.

‘So I’m violently defensive against people who mock some of the young women who were on the channel when I was younger because I don’t feel like it adequately comprehends the humanity of that experience and what it takes to recover.’

Sprouse said he has ‘now gone through a second big round of this fame game as an adult,’ and ‘noticed the same psychological effects that fame yields upon a group of young adults’ as he did growing up.

‘I just think people have an easier time hiding it when they’re older,’ the actor said.