PLAYER RATINGS: Eddie Jones’ side suffer complete embarrassment after Will Collier has a game to forget against 14-man Barbarians… as Sam Underhill and Charlie Ewels fail to deliver on the eve of Australia tour

England and head coach Eddie Jones suffered complete embarrassment on the eve of their tour of Australia as they were hammered 52-21 by a 14-man Barbarians outfit.

The Barbarians lost giant lock Will Skelton to a red card in the first half, but Jones’ men couldn’t make the most of the extra man in what was an awful display. Coached by France boss Fabien Galthie, the Barbarians were fully deserving winners as they scored eight tries to England’s three.

One brilliant break showed what he can do but he chose the wrong option with the pass. Penalised for a tackle in the air but did finish for first-half try.

One fleeting moment with ball in hand but he never got the chance to have a run. Will still likely be England’s outside centre in Australia. Replaced by Jack Nowell who stepped into an unusual midfield position.

One forward pass and then followed that with another wayward effort which was intercepted by Damian Penaud for a third Barbarians try.

Sin binned on his England return for a deliberate knock on which led to a Barbarians penalty try. Made amends in the second half by finishing in the corner but was outplayed by the excellent Penaud.

Had his right thigh strapped in worrying fashion but his passing was a joy to watch. Put in a brilliant tackle on Vrimi Vakatawa. Superb work for counterattack which led to Cokanasiga’s try and grabbed a score of his own but he kicked erratically. 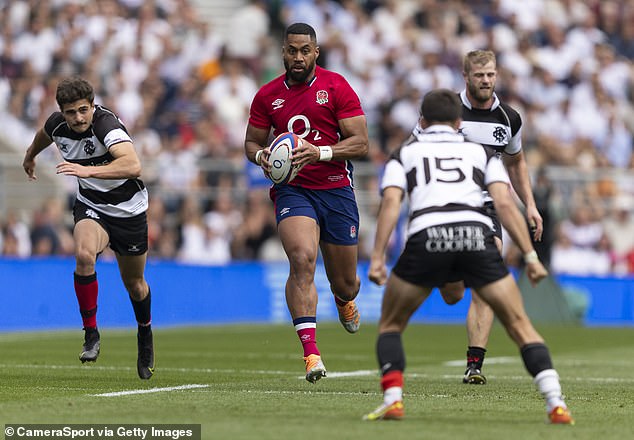 Had his pass intercepted by Charles Ollivon and couldn’t get back to stop the Barbarians captain scoring. Would have been disappointed with his time on the field. Replaced early in the second half by veteran Danny Care whose first England appearance since 2018 was cheered loudly.

Penalised for hinging at the first scrum and had serious set-piece troubles as he was continually lectured by the referee. Did do well to last the distance.

One first-half line-out in a prime attacking position went awry. Did charge down a kick. Went well on the whole on a shock start before giving way for Jack Singleton. 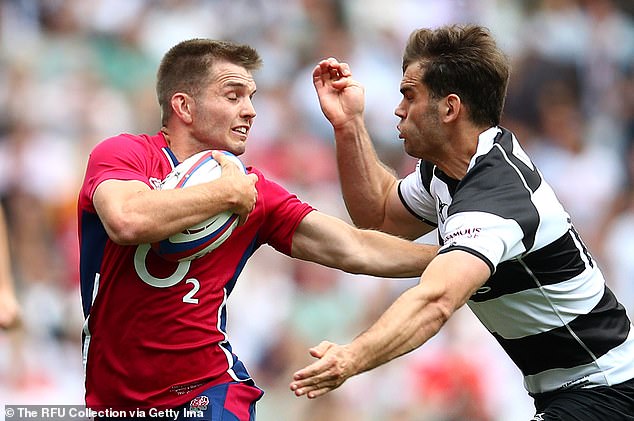 Part of an England scrum which struggled early on. Brutally replaced twice by Jones but had to come back on the first time after his replacement Patrick Shickerling was hit high by Skelton and had to go off for a head injury assessment. Australian lock Skelton became the first Barbarian in history to be sent off.

Couldn’t help England gain control up front even against 14 men. Worked hard but found it tough going against former England lock George Kruis. Kruis was outstanding in his last game and even kicked three conversions.

Back in an England shirt after missing the Six Nations. One gallop into space after a Smith pass and a good source of line-out possession. Will only get better from this after returning from a leg injury and will surely be on the plane to Australia.

The captain was smashed by Skelton and saw his team struggle to get any semblance of control despite his powerful carries. This was a poor result on his watch. 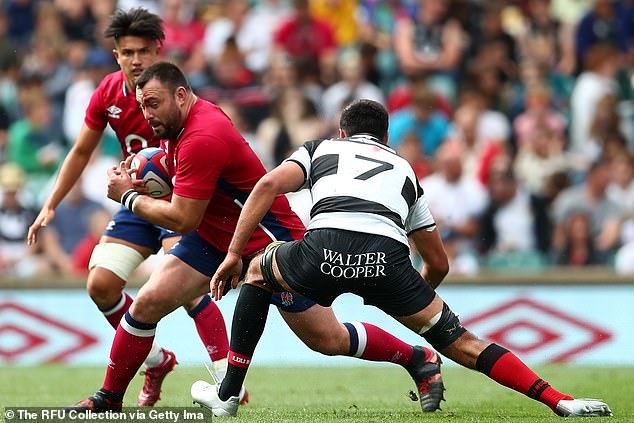 Back alongside his ‘Kamikaze Kid’ partner Curry but couldn’t help England knit possession together as they struggled to retain the ball. Replaced by Courtney Lawes.

An 11th hour replacement after Alex Dombrandt suffered a knee injury in training on Friday and looked for work consistently. Replaced by Jack Willis. 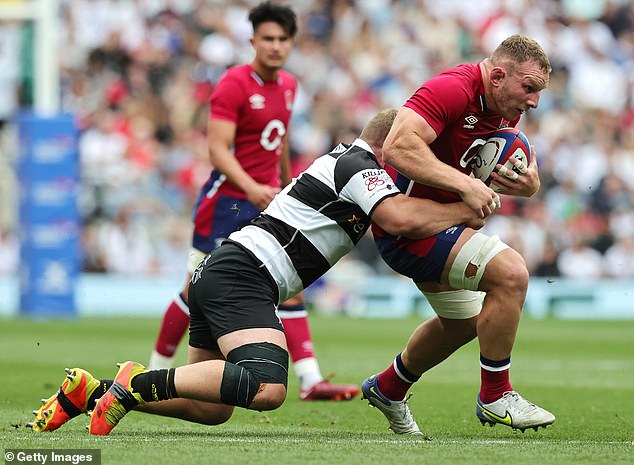