Chelsea won their pre-season friendly against Club America 2-1 despite scoring an own goal in the second half of the game.

The Blues took the lead through Timo Werner but Reece James scored an own goal just three minutes later. However, Mason Mount was able to restore their lead.

Sportsmail’s Mike Keegan took a look at how each player performed during the pre-season friendly in Las Vegas.

Chalobah: Did what he needed to well, but little will be read into a friendly kickabout 5.5

Silva: Came close to giving the Chelsea the lead with a powerful header and was not tested defensively 6

Sarr: Put the ball out with his second touch, produced a goal-saving tackle with his third 5

Hudson-Odoi : Anonymous. Struggled with the timing and direction of his runs 5

Barkley: Looked off the pace, which could be understandable given it is the first run out 5 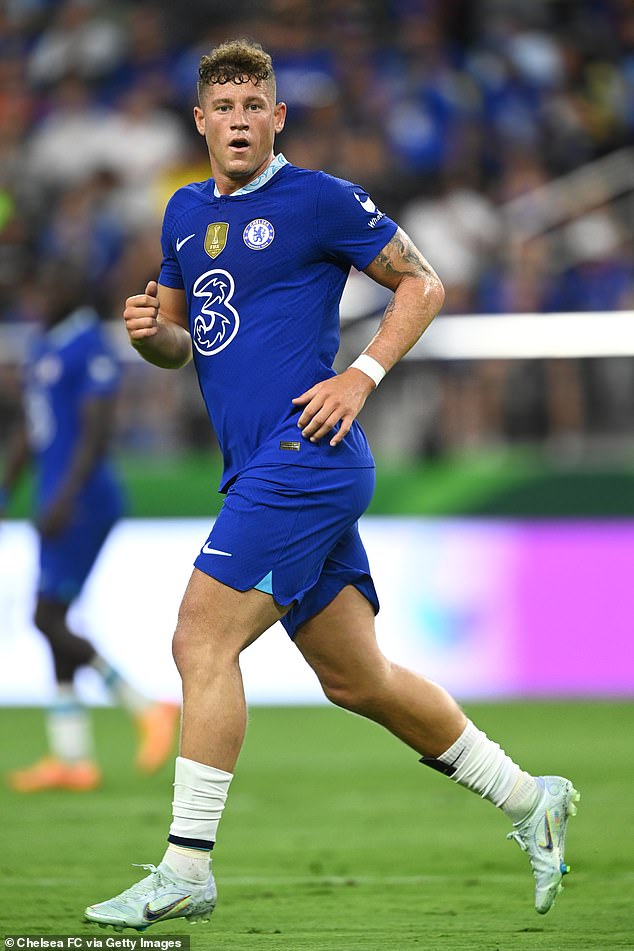 Barkley looked off the pace, which could be understandable given it is the first run out

Gallagher: Recalled from loan and with a point to prove. Played some neat passes in a high energy performance in which he picked up a yellow card 7

Chilwell: Great to see him back following his horror injury. Had little to do as he eased himself on his first start post-ACL 5.5

Ziyech: Delivered a tantalising free-kick for Silva to head over but was otherwise quiet 5.5

Havertz: Missed a relatively simple chance when played in by Gallagher and failed to even get his shot on target. At times struggled to keep onside 5

Kenedy: Smart flick, clattered for his troubles and revenge dished out with less than seven minutes gone for the Brazilian, who performed well in an unfamiliar role at right wing-back 7 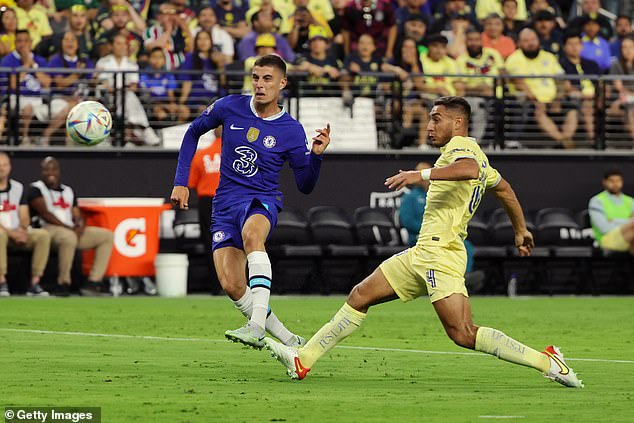 Bettinelli: Involved in a disastrous mix-up for Club America’s equaliser. Not great 5

Azpilicueta: Does what he does. Will be missed should he, as expected, go to Barcelona 5.5

Ampadu: Relatively simple night. Looked comfortable when on the ball 5.5

Emerson: Little to do at centre-back 5.5

Alonso: Added balance to the left and an outlet going forwards 6

James: Immediate impact, playing a key cross in the build-up to Chelsea’s opener, cancelled out by a daft own goal 6 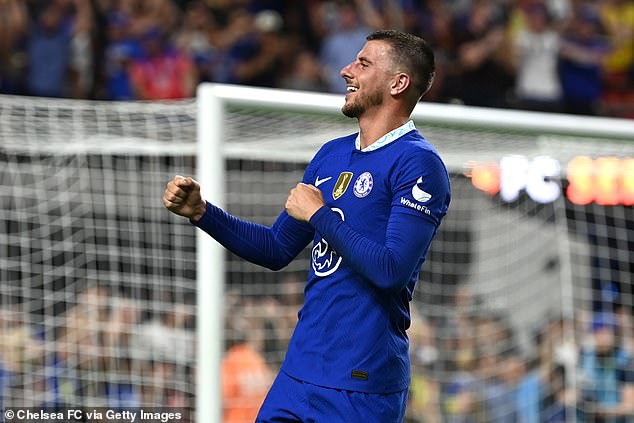 Mount: Quiet by his own standards until his beauty secured the win 7

Jorginho: Lifted his team with his arrival with some intelligent passing and space-finding 6.5

Pulisic: Tame shot saved moments after coming on when in space and then headed over from close range 5.5

Batshuayi: Looked a threat but shooting too often wayward. More than once took too much time when given a glimpse of goal. Guilty of a series of missed chances 5

Werner: Some creative moments. Linked well with Batshuayi and took his goal calmly 6.5