Brazil kick-started their World Cup campaign in fine style with their 2-0 win over Serbia on Thursday evening.

Richarlison was the star of the show for the favourites to lift the trophy in Qatar, netting a brace, the second of which was a brilliant bicycle kick.

The Serbians dug in but failed to produce much in attack and Mladenovic was especially toothless.

Here, Sportsmail runs the rule over each player an rates them out of 10.

Alisson, 6 – The Liverpool keeper had very little to do all night. His calm presence no doubt helped his defenders but it was one of the easier clean sheets of his career.

Marquinhos, 7 – The centre-back marshalled the troops well and reads the game excellently. Any notion that he’d struggle under aerial bombardment was incorrect.

Alex Sandro, 7 – A solid performance all-round but lacked creative spark despite the outlets in front of him. Potentially the one area of weakness in this Brazil side is at full-back but Sandro dealt with everything thrown at him.

Danilo, 6 – Much like Sandro, offered little on the front foot but was solid when called upon in defence.

Casemiro, 8 – The Manchester United central midfielder had a bit of everything to his game. He broke up play typically well but also offered a cutting edge going forward. He was inches from a wonderful goal but his strike thudded off the crossbar. 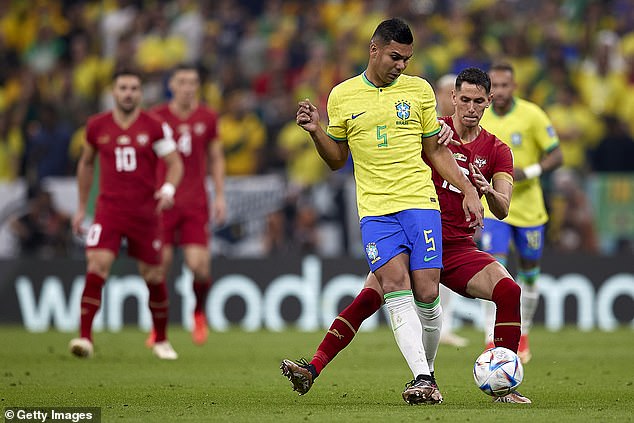 Lucas Paqueta, 6.5 – A lively performance in midfield but he struggled with the physicality of the Serbians in the first half, much more effective when the game opened up.

Neymar, 7 – Bullied physically but didn’t help himself, picking up the ball far too deep and failing to make the most of his free role. Famously incredible first touch deserted him on occasion and he missed a great chance from a free kick. He’ll be desperate for good news on the ankle injury.

Raphinha, 6 – The Barcelona man will be secretly seething at his own display despite the team winning. He was so wasteful in front of goal and lacked composure in key moments. A tame effort down the goalkeeper’s throat and botched one-on-one leaves him vulnerable to being dropped with so much firepower on the bench. 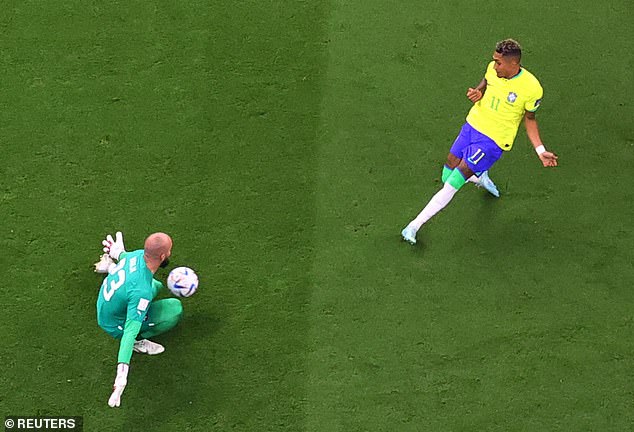 Vinicius Jr, 7.5 – He looked the quickest player on the pitch by a country mile and seemed to be the only attacking threat in the first half. Missed a decent chance he created for himself but his parried shot led to the opener.

Richarlison, 8.5 – Clear man of the match and justified his selection ahead of Gabriel Jesus. Put down a marker for the tournament and his second will live long in the memory. The Tottenham man is a fierce competitor and offers plenty in build-up play to go with his cutting edge. 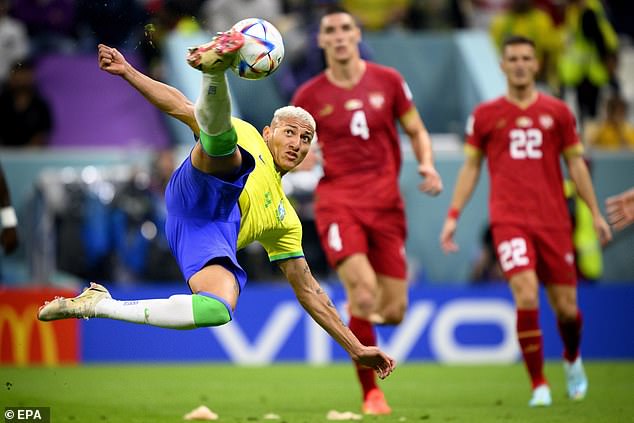 V Milinkovic-Savic, 7 – Kept Serbia in the game with some big stops, particularly at the start of the first half, saving a one-on-one with Raphinha. Parried Vinicius’ effort to Richarlison for the opener.

Pavlovic, 6 – Kept Raphinha quiet for the most part and marshalled the Barcelona man well, even if the winger did find space on occasion.

Milenkovic, 6 – Towering presence at the back and hardly put a foot wrong, could do very little for the two goals but much like those around him, was overrun. 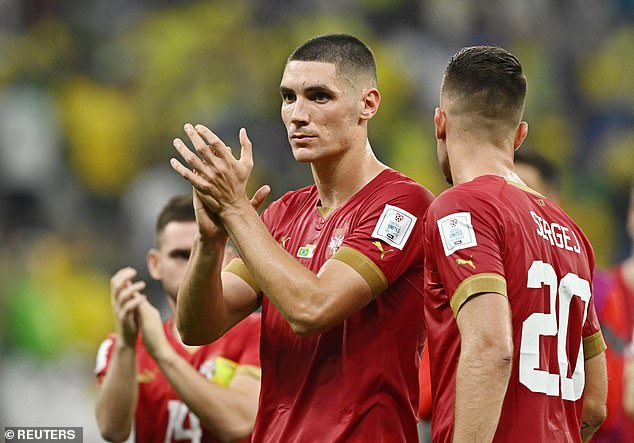 Veljkovic, 6.5 – Put his body on the line and the scoreline could have been worse without his blocks.

Gudelj, 6 – The Sevilla man was excellent for the most part but the yellow card he picked up slightly lowered his impact as he reduced his risk.

Zivkovic, 5 – Almost exclusively worked in a defensive capacity and was unable to help Serbia move up the pitch when they needed it.

Tadic, 5 – The Ajax man is the most technically gifted player in his team but made almost no impact on the game and his service to the front-men was essentially non existent. 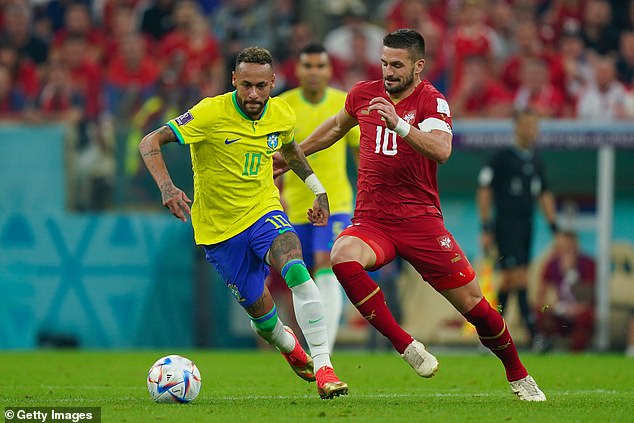 Lukic, 6 – Was a heat-seeking missile towards Neymar at times and subdued him for the most part.

Milinkovic-Savic, 5 – The Lazio man needed to offer more of an attacking threat and found himself well dealt with by Casemiro.

Mladenovic, 5.5 – A brutal performance, if a bit reckless at times. Picked up a yellow card very early on but it did not stop him throwing himself about.

Mitrovic, 5 – If his name on the team sheet rattled the Brazilian defenders, they need not have worried. Starved of service but unable to offer much of an outlet or make the ball stick, the main goal threat provided very little of note. 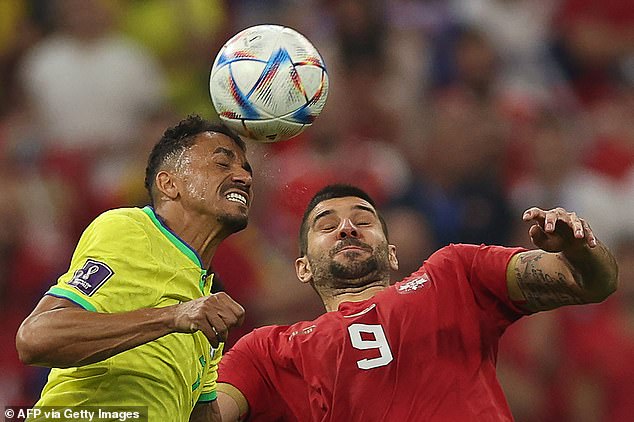