PLAYER RATINGS: Guillermo Ochoa is the star for Mexico AGAIN as he produces yet more World Cup heroics… with Robert Lewandowski enduring a difficult night for Poland in drab draw in Doha

Guillermo Ochoa saved a second-half penalty from Robert Lewandowski as Mexico and Poland played out a 0-0 draw in their World Cup Group C clash in Doha.

Chances were few and far between but Lewandowski had a golden opportunity to put Poland in front three minutes before the hour-mark when his side were awarded a spot-kick.

Ochoa, playing at his fifth World Cup, was equal to Lewandowski’s effort to deny the Barcelona striker.

The two sides then seemingly settled for a point in what was an uninspiring contest.

Sportsmail’s Liam Morgan rated both teams’ players after the game.

Guillermo Ochoa – Mexico’s star man yet again at the World Cup. Saved a penalty from Lewandowski in the crucial moment of the match. 8

Cesar Montes – Was solid at the middle of the defence but had little to do. 6

Hector Moreno – Clumsy challenge on Lewandowski could have cost Mexico. 5 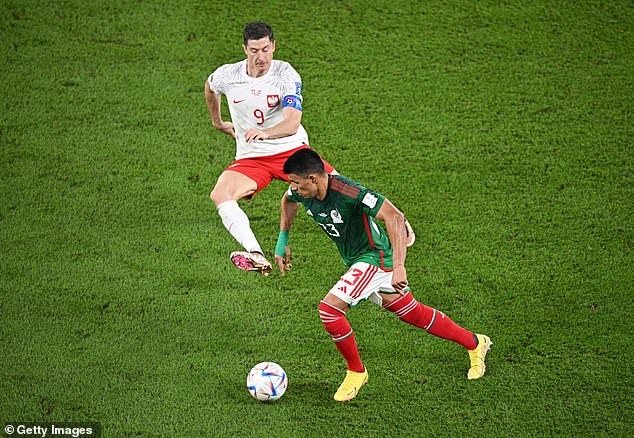 Jesus Gallardo – One of Mexico’s brightest players in attack who put in a good performance from left-back. 7

Edson Alvarez – Played a couple of excellent passes but faded as the game wore on. 6

Hector Herrera – The 32-year-old is not getting any younger but still had the legs to compete. 6

Alexis Vega – Caused Poland all sorts of problems but his final pass or shot let him down. 7

Hirving Lozano – Was a real threat off the right-hand side and may have scored on another day. 7

Henry Martin – Struggled to get into the game and was withdrawn with 20 minutes to go. 5 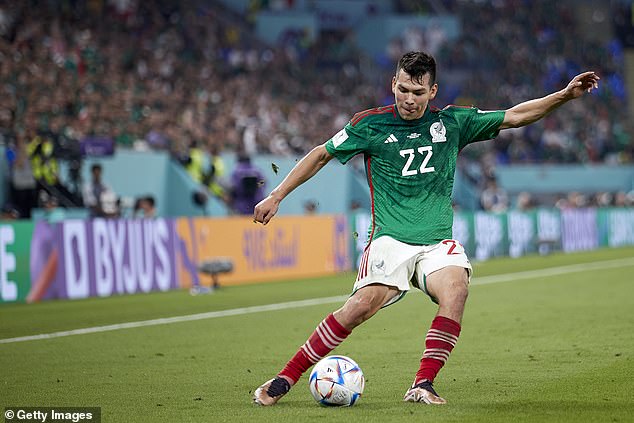 Hirving Lozano was another bright spark for Mexico, even in a drab and dour draw in Doha

Raul Jimenez – Came on for Martin but failed to make an impression. 5

Carlos Rodriguez – Another second-half substitute who was solid in midfield. 6

Ariel Antuna – Was not given enough time to influence the match. 5

Wojciech Szczęsny – Did all that was asked of him with little fuss. 6

Matty Cash – Provided a dangerous attacking outlet from right-back, but delivery could have been better. 7

Bartosz Bereszyński – Did OK and made a couple of decent blocks in the area. 6

Kamil Glik – Showed his experience at the back in his 100th cap for his country. 6

Jakub Kiwior – Did not make too much of an impact but equally no horror shows. 6 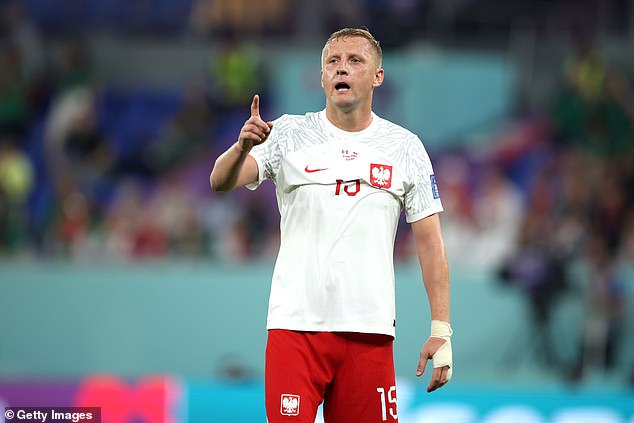 Kamil Glik was handed his 100th cap for Poland, the fifth player in the country to reach the figure

Grzegorz Krychowiak – Protected his back four and went close with a late effort from distance. 6

Jakub Kamiński – Failed to take advantage when Poland countered on more than one occasion. 5

Sebastian Szymański – Another who was largely anonymous for a flat Polish side. 6

Nicola Zalewski – Gave his midfield players an option out wide but did not do enough with the ball. 6

Piotr Zielinski – Tipped to do well for Poland but did not bring his Napoli form to the national side. 6

Robert Lewandowski – Was a passenger for large periods and missed a golden chance from the spot. 5 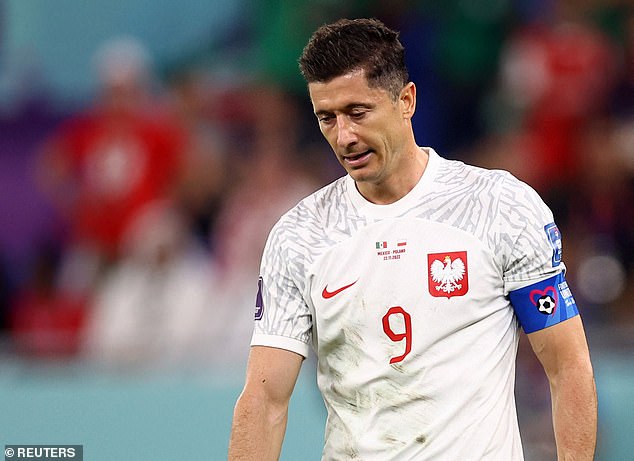 Krystian Bielik – Subbed on early in the second half and was fine yet unspectacular. 6

Przemysław Frankowski – Came on as a substitute. A booking his only real contribution. 5

Arkadiusz Milik – Was only given a few minutes off the bench. 5