We women all have our guilty lockdown secrets. Some have fibbed about sneaking out to have a haircut, others about when the cleaner first came back, still more about spiriting in a lover under the cover of darkness.

Yet it has become the most watched Netflix movie across the world, and millions of women like me have been glued to it during the crisis.

The plot is about an impossibly wealthy Sicilian Mafia boss who falls completely in love at first sight with a woman he sees at an airport.

He tracks her down, abducts her and vows he will release her if, after 365 days, he has not been able to make her love him.

Absurd, I know. Outrageous and problematic, too, in that it glamorises a coercive and clearly abusive relationship. I’m not the slightest surprised feminist groups are up in arms. And yet, why are so many women watching 365 Days if it is so offensive? Perhaps they enjoy the fantasy of being totally loved, the object of unashamed desire. 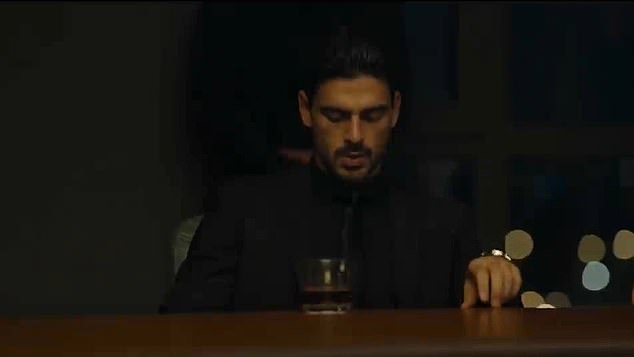 Yet it has become the most watched Netflix movie across the world, and millions of women like me have been glued to it during the crisis

After all, that’s a theme that runs through the great canon of romantic fiction, whether it’s Jane Austen, Trollope or Tolstoy.

Or is it simply that it’s full of shopping — our heroine has six bodyguards carrying her designer purchases — private jets, glamorous locations and, yes, sex?

The X-rated side of it is so over-the-top it’s comical — although I would not watch it with a teenage child and I believe the flood of pornography on the internet is doing terrible damage to our children.

Maybe it was just the escapist nonsense I needed after the monotony of weeks in lockdown dreaming of swapping my leggings for La Perla. Whatever the case I see no harm in it — and we’re all allowed our guilty little pleasures.

I’m gutted Love Island, due to start filming in weeks, has been cancelled. What fun it would have been to see them after months in gluttonous lockdown, with flab instead of perfect abs, with frizzy hair, dark roots, dodgy fake tans and home-crafted Brazilian waxes — and that’s just the men!

Harry and Megs’s attempt to launch their foundation website Archewell suffered a setback after the U.S. Patent and Trademark Office deemed their plans for ‘content relating to philanthropy, monetary giving, volunteer and career opportunities’ too vague.

And isn’t there something curious about the two jobless multi-millionaires approaching their 40s giving advice on careers?

Especially when Papa Prince Charles is still footing the bill for their lavish LA lifestyle. 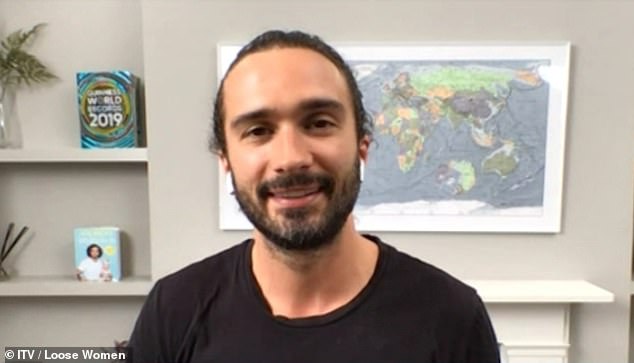 To Joe Wicks, who with his bonhomie has kept our kids happy and exercised, despite an arm injury and now a bit of exhaustion

Defying movie bosses who paid her millions to remain the actress always playing a fat and happy loser, Bridesmaid star Rebel Wilson has shed nearly 3st and turned herself into a real (weight) loser. 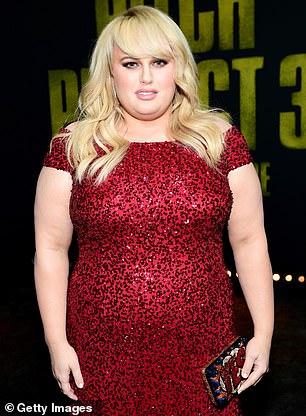 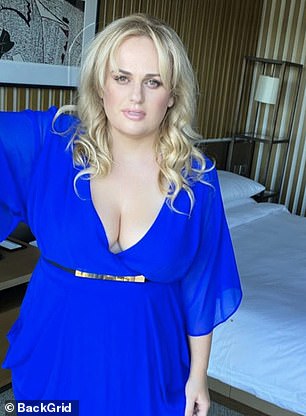 Defying movie bosses who paid her millions to remain the actress always playing a fat and happy loser, Bridesmaid star Rebel Wilson has shed nearly 3st and turned herself into a real (weight) loser

She looked sensational in a blue dress in her native Australia. The new, slimmer Rebel also turned out in a sweatshirt with the flying baby elephant Dumbo emblazoned on its front.

Was she drawing a parallel with the mocked little elephant that dumbfounded its bullying circus bosses when it suddenly showed them it could fly?

Sad news for all us Lord Of The Rings fans to learn Bilbo Baggins actor Ian Holm has died, aged 88.

I like to think that as he left this earth the elderly Hobbit would have had Gandalf’s — or J.R.R. Tolkien’s — reassuring and poetic words running through his mind: ‘End? No, the journey doesn’t end here. Death is just another path, one that we all must take.

‘The grey rain-curtain of this world rolls back, and all turns to silver glass, and then you see it, white shores, and beyond, a far green country under a swift sunrise.’

Much handwringing over calls to ban England rugby fans from singing Swing Low, Sweet Chariot, given its history.

Fair enough, but if that anthem is forbidden, shouldn’t New Zealand ban their haka, a tribal dance culturally appropriated from indigenous Maoris which is not a song about freedom, as Sing Low is, but one of battle and killing the enemy?

To cheer us up, the irrepressible Gwyneth Paltrow is selling a sexy £60 must-have candle.

It has a whiff of tart grapefruit, neroli, cassis berries and gunpowder tea and, according to Gwynnie, smells like an orgasm. Speak for yourself, sweetheart.

It sounds more like the whiff of a bloke’s breath the morning after a night on the booze topped up with a couple of kebabs at 3am. 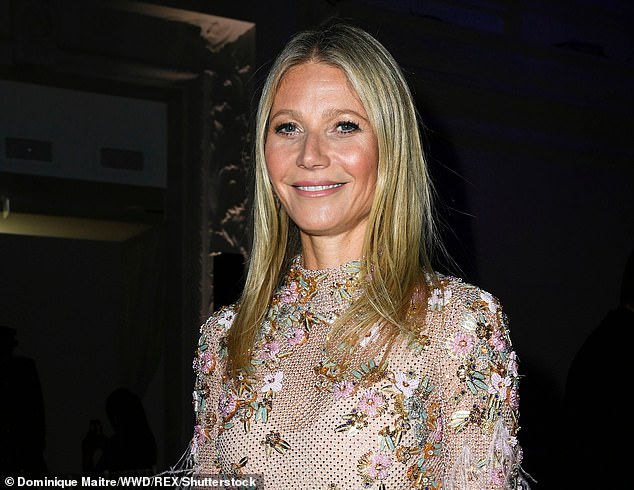 To cheer us up, the irrepressible Gwyneth Paltrow is selling a sexy £60 must-have candle

Hurrah for J.K. Rowling’s publisher Hachette, which refused to buckle to snowflake staff who objected to her views on trans issues.

It said employees were not required to work on any book if they find the content upsetting, but have to if they ‘disagree with an author’s views outside their writing’ because of the firm’s fundamental belief in free speech.

With perfect hair and make-up, she poses provocatively bending over a sofa. The only question we really want answered is, if like many of us she is on her own in lockdown, how did she take a perfect selfie of her own bottom?

He was marking the 80th anniversary of Charles De Gaulle’s famous liberation speech, made from a BBC studio in the capital during the war, now commemorated as the birth of Free France. As Macron said: ‘It was here that the UK allowed the Free French to plant their flag.’

Is this the same French President who tried to stymie Britain at every turn in our attempts to leave the EU? The one who branded Brexiteers ‘liars’ who misled the British people?