Plastic surgery is a betrayal of the sisterhood, says singer Barbara Dickson

By Chris Hastings Art Correspondent For The Mail On Sunday

Singer Barbara Dickson has accused female stars who have plastic surgery of ‘betraying the sisterhood’.

The 72-year-old West End legend said she cannot understand ‘why my sisters in music and culture would do that to themselves’, adding: ‘I would never ever do anything like that because I just think it’s a betrayal of the sisterhood.

‘I cannot bear it. I want real women to be appreciated for what they are and how they are. I don’t want to depress women of 60 because they just can’t afford to have something done.’

Speaking out: Barbara Dickson in the new series of The Real Marigold Hotel. She is among a group of older celebrities who try out life in Pondicherry, India

The mother of three, who was awarded an OBE in 2002 for services to music and drama, is among a group of older celebrities who try out life in Pondicherry, India, for the new series of The Real Marigold Hotel, which begins on BBC1 at 9pm on Thursday.

Ms Dickson, whose rendition of I Know Him So Well with Elaine Paige topped the charts in 1985, said she only agreed to appear because the show is not a competition.

‘I don’t watch any television like that. I don’t want to do any programmes at all that would involve that sort of thing. I would run a hundred miles from it,’ she said. 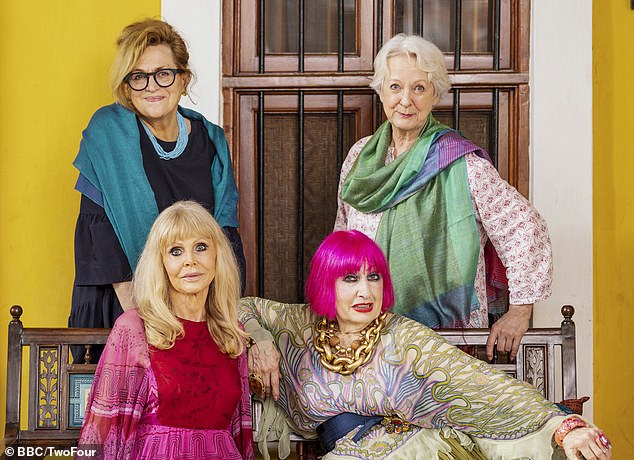 Dickson, who starred in musicals Spend Spend Spend and Blood Brothers and won Olivier Awards for both, said she would continue to perform while her voice is still strong – but criticised stars who outstay their welcome.

‘The day I sing as badly as some people do when they are my age is the day I am going to throw in the towel,’ she said. ‘Don’t worry, no one will have to tell me.

‘There comes a time when you can’t sing any more. The size of one’s ego has to be commensurate with the amount of ability one has.’