Phil Craze, 54, and Shaun Barnicoat, 52, fell into the open drain in Bodmin, Cornwall, and were discovered lying face down with their legs dangling over the hole.

Craze, a plasterer, claimed he had been rendered unconscious while Barnicoat said he was left ‘squealing in agony’, which a judge later likened to ‘footballers who exaggerate and grimace’.

Both insisted the two-foot-deep manhole cover had been removed and sued the Cornwall Housing Trust, but a court threw out their claims in 2017.

The pair could now be put behind bars after the housing trust asked a judge to jail them for contempt of court.

Phil Craze, 54, (left) and Shaun Barnicoat, 52, (right) fell into the open drain in Bodmin, Cornwall, and were discovered lying face down with their legs dangling over the hole 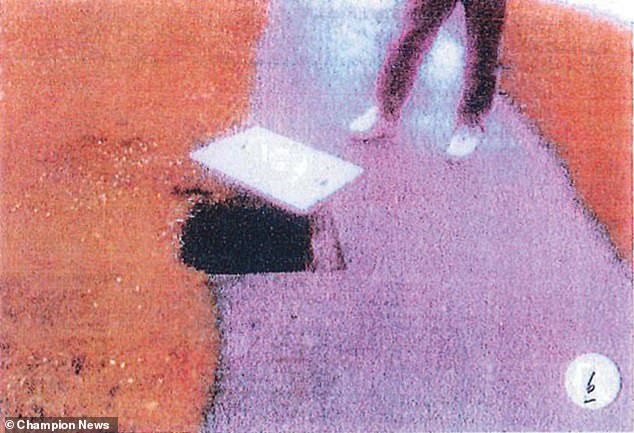 Both insisted the two-foot-deep manhole cover (pictured) had been removed and sued the Cornwall Housing Trust, but a court threw out their claims in 2017

Craze and Barnicoat’s compensation case first went before Plymouth County Court in May 2017, four years after they fell down the manhole in June 2013.

The court heard that the friends of 30 years had been drinking with another friend at a flat since 11am and had knocked back 16 cans of lager and cider.

After midnight, Craze and Barnicoat claimed they went outside to post a letter but on their way to the postbox fell down the hole.

Paramedics and police found the pair ‘heavily intoxicated’ and slurring their words.

Craze claimed to have been unconscious for about 30 minutes, but was able to tell paramedics what happened, his next of kin and even the name of his GP.

They were taken to hospital, alleging to have suffered injuries to knees, elbows and arms, as well as facial injuries and back pain.

But within hours of discharge, Barnicoat, who claimed to be ‘drugged up’ with morphine, called to start a compo claim against the Cornwall Housing Trust.

The pair were also overheard by an anonymous tip-off bragging in a pub about making a fraudulent claim. 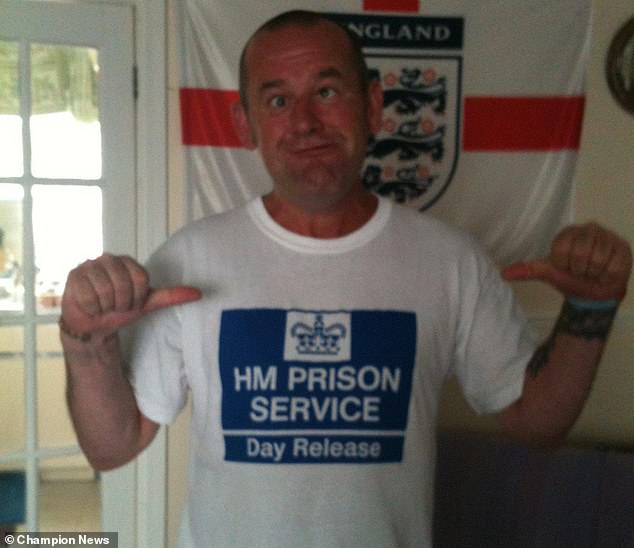 Craze, a plasterer, from Cornwall (pictured) claimed he had been rendered unconscious

She said the narratives confected by the two men were ‘extraordinarily implausible’ and that they had got together to scam the housing association.

Judge O’Neill said: ‘I do not believe a word of it. All of the independent witnesses found it difficult to see how two men could have fallen in the hole.’

The court heard the hole was only two-feet deep and a policeman at the scene said the mud at the bottom had not been disturbed.

It was also suspicious that their friend happened to have seen the accident from a top-floor window and called 999 but not gone to help, said the judge.

The judge said Barnicoat was ‘entirely lacking in credibility,’ and Craze’s claim to have been unconscious for half an hour was unbelievable.

She added: ‘It is just completely implausible and false that he was unconscious at all. 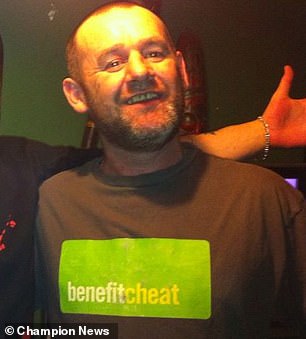 Neither Craze, of Bodmin, (pictured) nor Barnicoat, of Wadebridge, turned up for the hearing

‘It is blatantly false, this account of unconsciousness. There are no two ways about it.’

This week, the case was back in court after the housing association’s insurer Zurich Insurance Plc asked a High Court judge to jail them for contempt of court.

Barrister Simon McCann told Judge David Lock QC that the men were guilty of ‘extreme dishonesty’ and should be jailed as a lesson to others.

He said: ‘These two gentlemen did bring a fraudulent insurance claim.

Neither Craze, of Bodmin, nor Barnicoat, of Wadebridge, turned up for the hearing and Judge Lock said he would give a decision at a later date.

If found in contempt, that would give the men the chance to apologise and put forward arguments to reduce the length of any prison sentence, he said.