Late-night pubs and bars selling takeaway alcohol will escalate violence that has seen police injuries at illegal street and block parties, ministers have been warned.

The danger was highlighted during a Westminster debate by Liberal Democrat Lord Paddick, a former Metropolitan Police deputy assistant commissioner.

He was among a number of peers to raise concerns that the temporary relaxation of the licensing laws, aimed at helping businesses recover from the disruption caused by the coronavirus pandemic, could fuel street drinking and anti-social behaviour.

They are calling for further Government safeguards to tackle the ‘unintended consequences’ of steps being taken to help kick-start the economy as it moves out of lockdown.

Reforms contained in the the Business and Planning Bill, aimed at boosting the hospitality sector, include allowing pubs and bars, currently barred from doing so, to sell alcohol for consumption off the premises.

The measure is designed to help trade in the face of social distancing rules.

Former home secretary Lord Blunkett told the Telegraph the move would do nothing ‘other than fuel already worrying concerns about activity late at night, particularly in the major cities’.

The scene at Riverton Close, Maida Vale in West London where police were dealing with an illegal street party on June 26

Other provisions in the legislation include streamlining the application process to enable pubs and restaurants to get permission for on-street dining more quickly.

Opening the debate on the Bill at second reading, communities and home office minister Lord Greenhalgh pointed out it would make it easier for licensed premises to sell alcohol to customers for consumption off the premises.

But he said: ‘We recognise the need to strike a balance between supporting businesses and ensuring safety and amenity for our communities.’

In the event of the licensing arrangements causing problems, a local review could be triggered leading to off-sales permission being suspended or withdrawn.

In his speech, the minister stressed the importance of the Bill to the country’s economic recovery.

The legislation also seeks to reduce the planning appeal process from almost a year to around six months, extend the hours construction sites can operate to stagger working times, and allow bus and lorry drivers to extend their driving licences for a year without the requirement for a medical review to free up time for GPs to deal with Covid-19.

Lord Greenhalgh said: ‘These measures are necessary to alleviate some of the current challenges that businesses face and help the economy bounce back as we emerge from this pandemic.’

Lord Paddick said: ‘There is much to commend this Bill but we must eradicate the unintended consequences.’

He added: ‘The unintended consequence of the provisions that allow licensed premises to act like off licences is that they would enable those who have already had enough to drink to buy alcohol to take away with them that they then consume on the street with the potential for disorder and disruption to local residents. 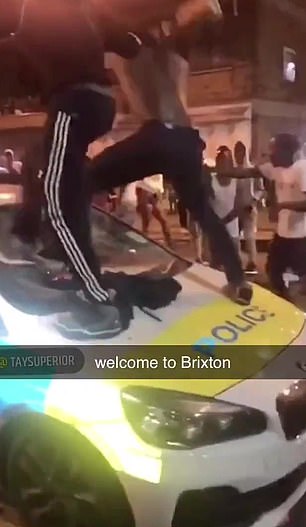 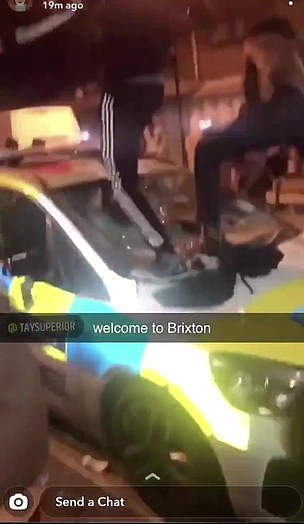 ‘If revellers in such locations are allowed to buy alcohol to take away when these late-night premises are about to close, there is a real danger that the disorder we have seen recently caused by illegal street and block parties in which many police officers have been injured could potentially increase.

‘If revellers are allowed to take alcohol with them when they leave when the party closes inside these late-licensed premises, they are likely to continue the party outside on the street.’

People walking down the street with a glass of alcohol was ‘a recipe for disorder and potential violence’, warned Lord Paddick.

He argued that off-sales should not be available in open containers and should be limited to normal licensing hours.

This suggestion was also made by Conservative peer Lord Randall of Uxbridge, who shared concerns over the move to relax licensing rules.

He said: ‘I worry that this will encourage drinking in the street into the early hours.

‘I fear that that would increase anti-social behaviour in town and city centres in the late evening and early morning.’

Following the further easing of lockdown restrictions on Saturday, which saw drinkers flock to popular areas, including London’s Soho, Lord Randall said: ‘The images from the weekend where in some places social distancing reduced as the alcohol intake increased gives me real concern. 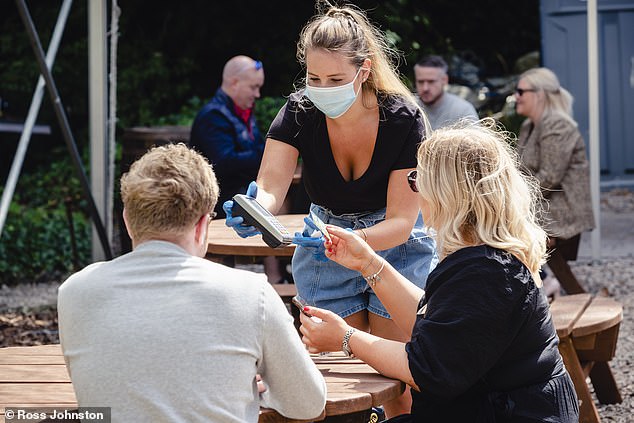 Reforms contained in the the Business and Planning Bill, aimed at boosting the hospitality sector, include allowing pubs and bars, currently barred from doing so, to sell alcohol for consumption off the premises (pictured: The Kilted Kangaroo in Dundee, July 6)

‘Sadly drunken and anti-social behaviour is not unusual in some city centres.’

Labour former home secretary Lord Blunkett revealed he was ‘bemused’ by the measure.

He said: ‘While I am totally in favour of kick-starting elements of the economy that have been so badly damaged by the lockdown, I cannot see for the life of me that licensed premises selling alcohol off-premises… will actually do very much, other than fuel the already worrying concerns about activity late at night, particularly in the major cities.’

The peer, who is blind, added: ‘Eating and drinking outside in an orderly and sensible fashion linked to the premises not detached from them is in my view very sensible… but it needs to be done in a way that doesn’t damage the interests of those who are going to be vulnerable to unplanned and unrestricted obstacles on pavements.’

While pleased to see the reopening of the hospitality sector, former Tory leader in the Lords Baroness Stowell of Beeston shared concerns about ‘the threat of anti-social behaviour, especially as a result of off-sales in open containers’.

He said: ‘The problem is not just noise, it is people urinating in the street, defecating in bushes and behaving disgustingly.’

The Government needed to restrict takeaway sales to 11pm at night, he said, arguing this was ‘more than reasonable’.

Tory frontbencher Earl Howe said safeguards were in place in the event of problems caused by the change to the rules, including the ability of police to issue a closure notice if there was trouble linked to a pub or bar.

A review could also lead to the tightening up of a premises’ licence. The Bill received its second reading and now goes forward for detailed line-by-line scrutiny.