The clinic will operate in southern Illinois and travel along the border between neighboring Kentucky and Missouri, whose legislatures have passed near total bans.

Missouri specifically banned abortion with no exceptions for cases of rape or incest immediately after the Supreme Court threw out the legal right to an abortion in June, in what’s known as a trigger law.

In Kentucky, abortion is illegal from the point of fertilization – unless the woman is at risk of death or serious permanent injury with no exceptions for rape or incest.

Bans across a wide swath of Republican states have compelled women to travel hundreds of miles to an abortion rights-friendly state.

The mobile clinic will significantly reduce the amount of travel time that women coming from red states have to allot for when planning to leave the state for the procedure.

Planned Parenthood will get the mobile clinic up and moving before the end of the year. 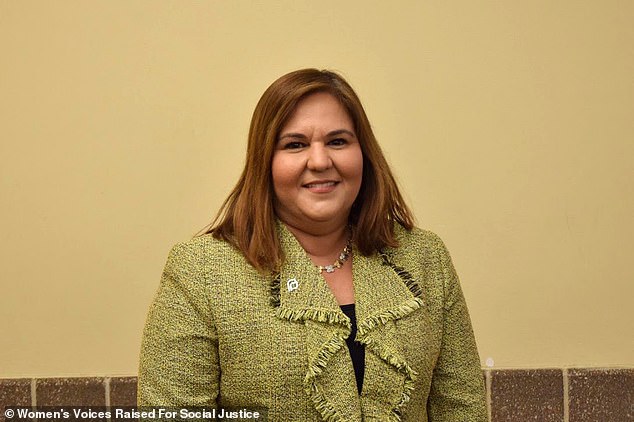 ‘One hundred days post-Roe we stand in defiance to say: we are not backing down,’ Yamelsie Rodriguez, president of Planned Parenthood of the St. Louis Region and Southwest Missouri said Monday.

She added: ‘we’re standing in the gap created by politicians and ensuring all people can access the health care they deserve, no matter where they live.’

Illinois is a safe harbor for women seeking abortions in the majority-red Midwest.

The procedure is legal in Illinois even after the high court’s decision to throw out Roe v Wade, and the right to an was enshrined in the state’s constitution in 2019.

Planned Parenthood already has a clinic in the southern Illinois town Fairview Heights, positioned along the state line with St Louis, Missouri.

The clinic, which opened in 2019, was inundated with patients following the Supreme Court’s June decision. 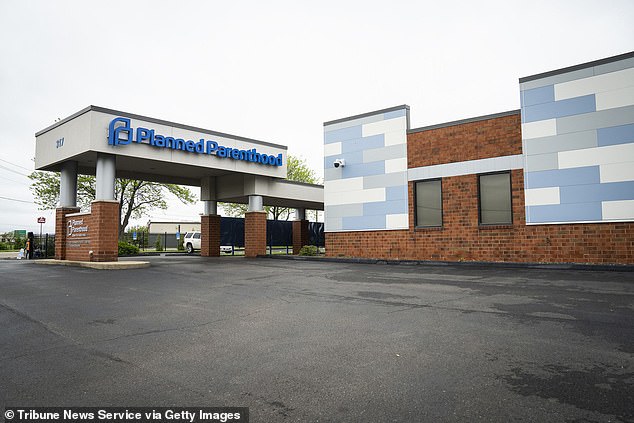 The organization reported that the clinic has seen a 30 per cent increase in abortion patients since June.

Patients coming from outside Missouri and Illinois increased by more than 340 per cent.

The clinic will initially provide chemical abortions, consisting of two pills to be taken about 48 hours apart to induce an abortion up to 11 weeks gestation.

The organization expects to begin performing surgical procedures after the first few months.

What was the June SCOTUS decision about and what does it mean for abortion access?

Dobbs v Jackson Women’s Health Organization considered whether states can ban abortion before viability, the point at which survival is possible outside the womb, around 22 to 24 weeks of pregnancy.

When the court overturned the 1973 Roe v Wade decision, justices returned power to police the procedure to the states.

Now, every state has the authority to set their own laws for abortion access.

Abortion is now fully banned in over a dozen states with many others setting gestation limits.

Planned Parenthood is not the only organization seeking to make medication abortion more widely accessible to women in states where abortion is banned.

Another organization called Just the Pill operates a mobile clinic in Colorado that provides medication abortions and plans to expand to other areas in early 2023.

Many women are also desperately turning to prescribers overseas who ship the abortion-inducing medication to the US through the mail.

The organization, Aid Access, is a non-profit clinic in Austria that ships abortion pills from India.

It reported a surge in requests for the medication following the high court’s decision.

The latest move by abortion rights proponents comes after a tense summer stained by the court’s decision in the case Dobbs v Jackson Women’s Health Organization to hand abortion policy making power back to the states, removing the federal guarantee to the procedure.

The case in question upended the roughly 50-year-long guarantee to a legal abortion established in the 1973 case Roe v Wade and reaffirmed in the 1992 decision Planned Parenthood v. Casey

Even before the high court’s ruling in June, red state lawmakers were gearing up for a post-Roe America.

In Missouri, for instance, lawmakers began a legislative effort last spring to keep women from traveling out of state for abortions and to permit any citizen to sue anyone in a blue state who helped a woman attain one.

Missouri State Rep Mary Elizabeth Coleman, who backed the measure, meant to prevent women from crossing the Mississippi River to obtain an abortion at the Fairview Heights Planned Parenthood clinic in Illinois.