Celebrities from Alesha Dixon to the Beckhams have been proudly showing off their gardens on social media.

It is perhaps no surprise that having a private garden has become such a highly prized possession during the coronavirus lockdown.

It’s one of the few spaces where you can enjoy the outdoors and soak up some of the recent good weather despite the restrictions about going outside – and it’s a godsend for families with children. 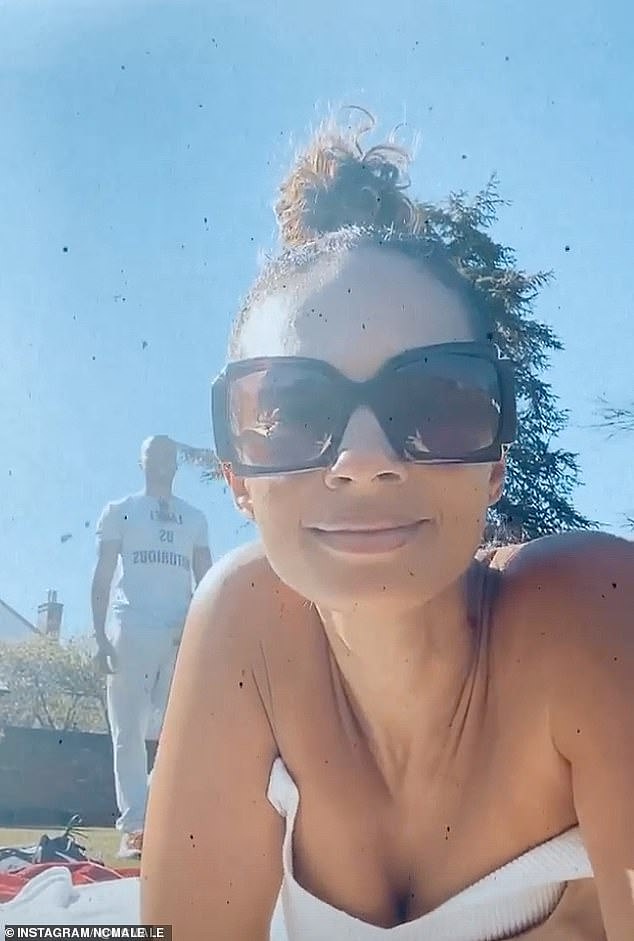 Charlie Wells, of buying agent Prime Purchase, said: ‘A private garden has huge value, particularly at the present time when we are housebound.

‘You can sunbathe and enjoy the lovely sunny weather. If you have children, knowing they can play safely is greatly reassuring. It is like an additional room to your house.

‘A very rich client of mine once said that owning your view, however small, is of the greatest value.’ 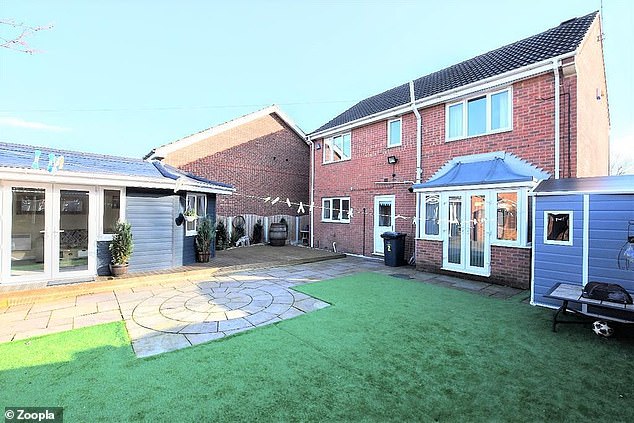 This five-bedroom house for sale in Barnsley, South Yorkshire, boasts a large garden

Unsurprisingly, there are huge differences around the country in whether a household has access to a private outdoor space, particularly among cities.

We reveal the top – along with the bottom – areas around Britain that are most likely to have a private garden.

At least 77 per cent of homes in England and Wales have a garden, according to the independent think tank Centre for Cities.

It said that the remaining 23 per cent are flats and as such, which are much less likely to have a private outdoor space. 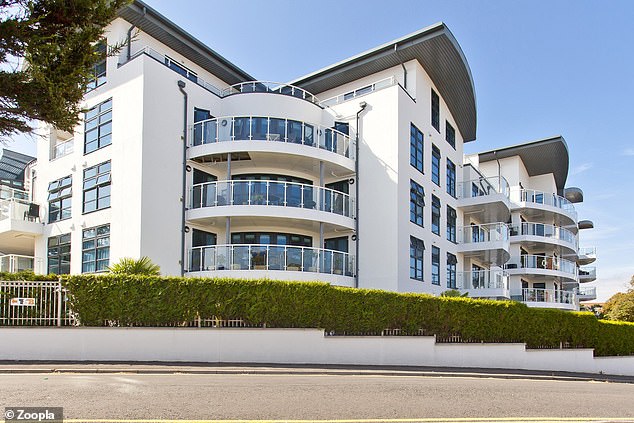 This two-bed flat in Bournemouth, Dorset, is for sale for £350,000 – one of the cities least likely to have a garden, according to the research 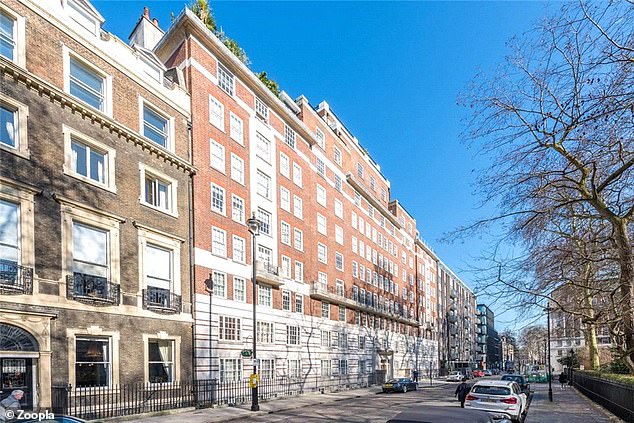 This four-bedroom flat in London’s Portman Square is for sale for £750,000

Taking a look at cities only, the percentage of residential properties that are houses and therefore likely to have a garden is 70 per cent.

The remaining 30 per cent of homes in cities are flats and less likely to have a garden.

There is a huge variation between cities and residents’ access to private outdoor space, according to the Centre for Cities.

The research assumed that flats are less likely to have private gardens. However, this was not based on any specific data, and ground floor flats often have a private outdoor area. 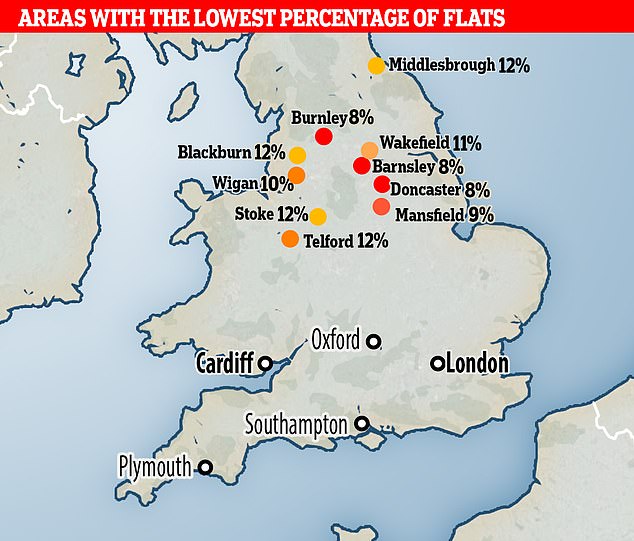 Barnsley, Doncaster and Burnley are the areas with the lowest percentage of flats 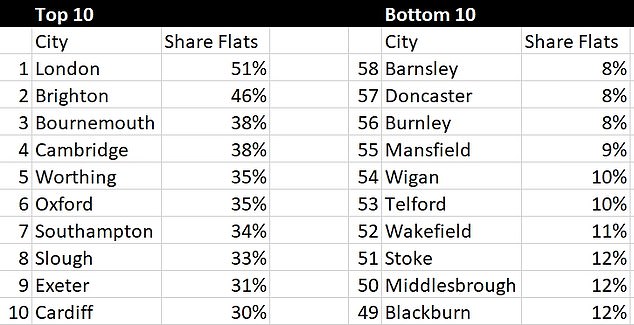 However, the data does shed some light on those areas with restricted access to a private outdoor space.

It suggested that properties in London, Brighton and Bournemouth are the least likely to have a garden.

Also in the top five of places least likely to have a private outdoor space at home are Cambridge and Worthing.

By contrast, households in Barnsley, Doncaster and Burnley are the most likely to have a garden, it said.

Mansfield and Wigan also feature in the list of the five areas where people are most likely to have an outdoor space. 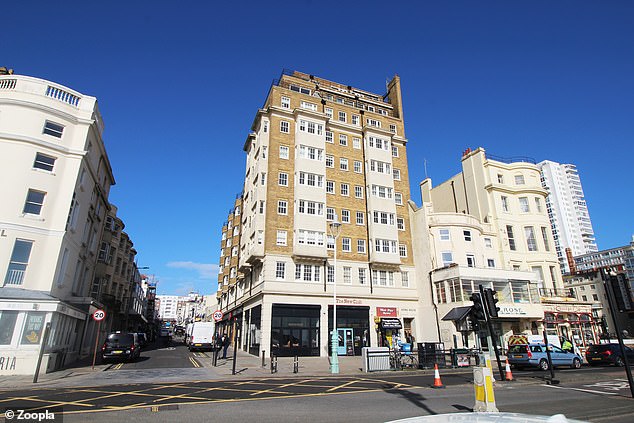 The data was compiled by analysing council tax records for Britain’s largest urban locations to reveal the difference types of property in each city.

London is ranked top for having the least access to private garden space as it has the most flats, while Barnsley is at the bottom as it has the fewest flats.

The research also assumed that people living in houses are likely to have a private garden to use during the coronavirus pandemic.

Having a private outdoor garden can be a godsend during the lockdown, especially if you have children.

But research suggests gardens are also a popular feature for buyers during safer times.

Indeed, they were among the top three features preferred by buyers, according to a survey carried out before the coronavirus pandemic.

Gardens were ranked third in the survey by GoCompare Mortgages, following central heating in first place and double glazing in second place.

Andrew Carter, of Centre for Cities, said: ‘As we all learn to live with the lock down, having a garden is a real help for some people.’

There are huge price differences between the difference areas, with London being one of the most expensive and Burnley being among the cheapest areas to buy a home.

Homes may be far cheaper in Burnley, but at least the majority come with a garden – something that is a highly sought-after feature during the coronavirus lockdown.

While having a garden may have risen up the list of priorities for households during the lockdown, this may change once it had ended.

‘Its impact could depend on occupier profile – for instance, a family with children living near a park may have thought exclusive use of good quality garden space was fairly low on their list of priorities whereas recent events have changed their opinion.

‘On the other hand, we have found high speed broadband to Be an absolute necessity for nearly everyone for some time – but even more so now.’ 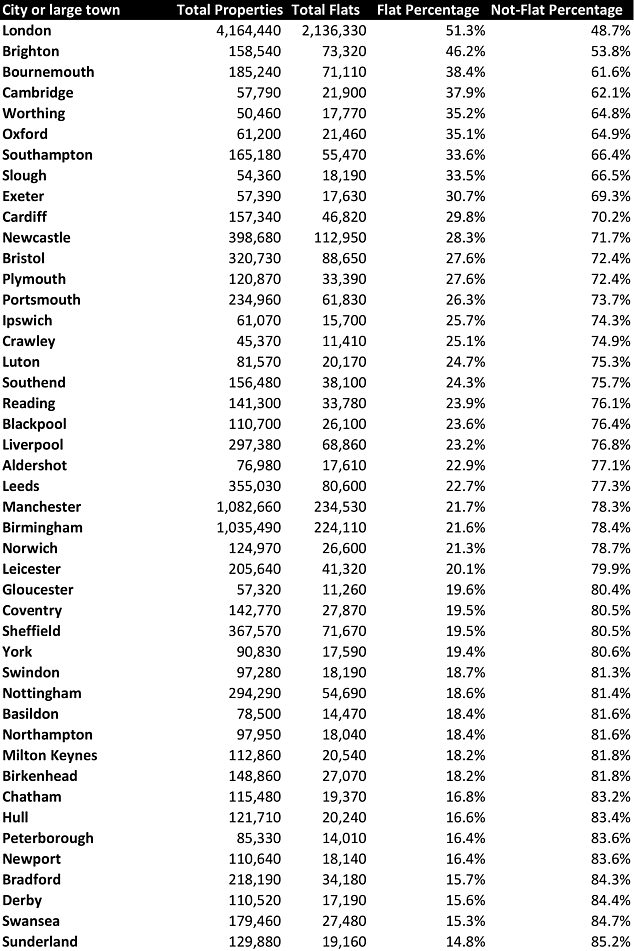