Bizarre claims that lyrics in a hit track by US rapper Pitbull were inspired by Aussie actress Ruby Rose ‘impersonating a judge during a court appearance’, have been aired in one of the country’s highest courts.

Daily Mail Australia can reveal a Supreme Court of Victoria judge was forced to rule on the allegations after a Melbourne man demanded Pitbull, aka Armando Christian Pérez, hand over the workings of how he came up with the track ‘I Feel Good’.

Representing himself in the court last month, Mark Lawlor had sought ‘discovery’ of documents he hoped would prove his odd claim.

Ruby Rose in 2017, when a Melbourne man claims she impersonated a judge 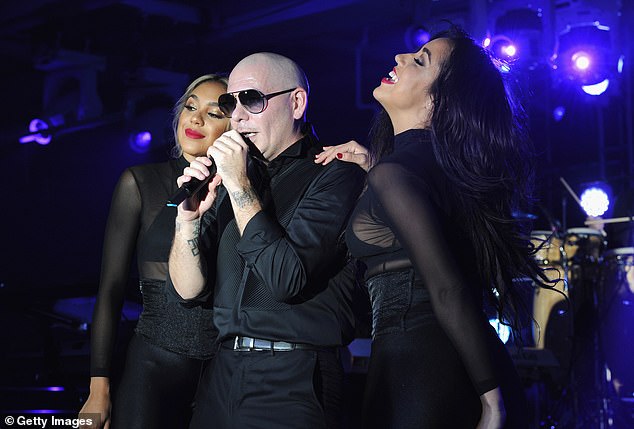 Singer Pitbull performs in New York.  A Melbourne man claims lyrics in a song he produced this year made references to Ruby Rose’s ‘court appearance ‘

‘I’m seeking to confirm the song “I feel good” by the artist Armando Christian Perez, stage name “Pitbull” has reference to Ruby Rose impersonating a judge at Broadmeadows magistrates’ court in 2017. That court being based in Melbourne, Victoria, Australia,’ Lawlor’s originating motion to the court stated.

Lawlor claimed that the lyrics from the track stating: ‘Put on a jacket ‘cause these diamonds give you chills’, were obvious references to Rose’s 2017 court appearance.

‘Diamonds in the song refer to Ruby Rose,’ he stated.

‘These references are reference in regard to Ruby Rose impersonating a judge in a real court case I was involved in, in 2017.’

Daily Mail Australia in no way suggests Rose was involved in any such matter within the court, only that the allegations were contained within Lawlor’s legal challenge.

Lawlor demanded the court force the rapper to ‘reveal his knowledge/documentation about Ruby Rose impersonating a judge’. 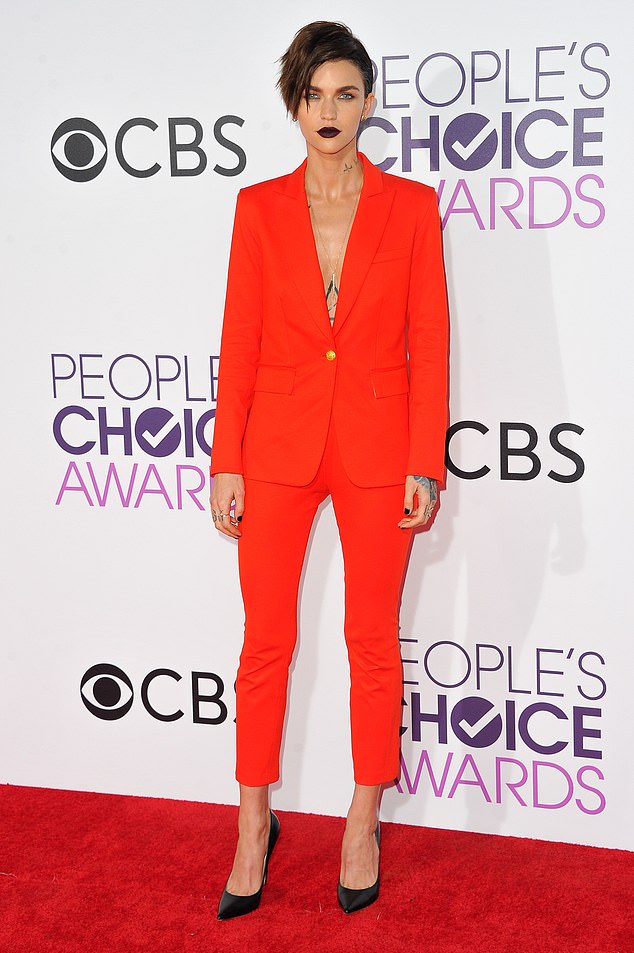 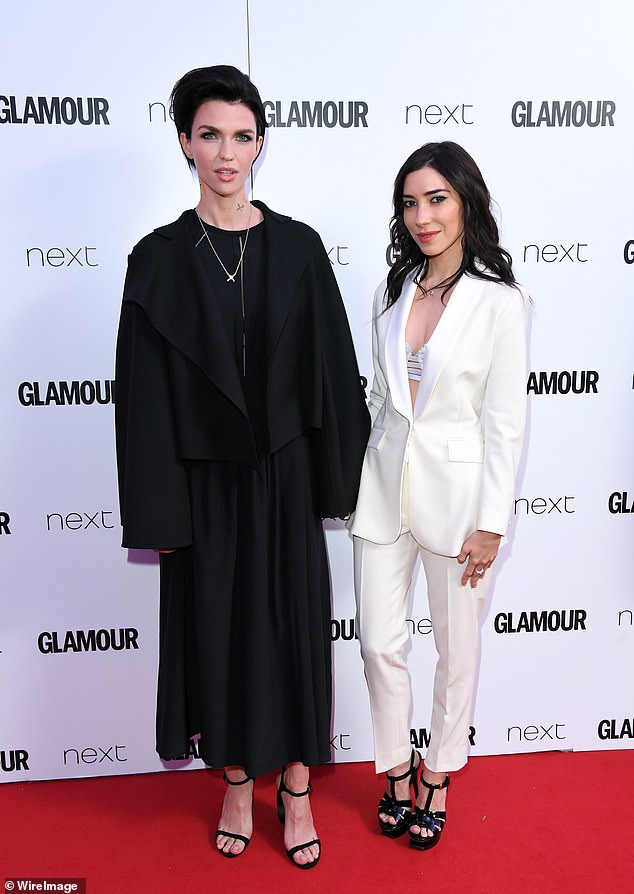 Ruby Rose and Jessica Origliasso attend the Glamour Women of The Year Awards 2017 at Berkeley Square Gardens in London. A Melbourne man claims she wore a similar black ‘cloak’ while at court

WHO IS ARMANDO CHRISTIAN PEREZ?

Perez rose from the streets of Miami to exemplify the American Dream and achieve international success.

Known professionally by his stage name Pitbull, or Mr Worldwide,  he is an American rapper and businessman.

Perez began his career in the early 2000s, releasing his debut album in 2004.

In June last year Pitbull announced across all of his official social media platforms the ‘I Feel Good Tour’, named after the hit track embroiled in the Ruby Rose court action.

‘If any documents are of existence that are, or have been in his possession, or may still be in his possession, if not, his knowledge on any documentation that existed, or might now be of non existence, relevant to this preliminary discovery which allowed him to release the song “I feel good” referencing Ruby Rose impersonating a judge,’ Lawlor submitted.

In dealing with the case, Justice Stephen O’Meara was told Rose had appeared in court on October 11, 2017 where she was said to have ‘issued a court order comprising an undertaking’.

Lawlor claimed Rose had ‘half her head shaven’ and ‘wore a black robe of some sort … tight up to her chin to cover her neck tattoos’.

Among other things, a drinking fountain he requested be installed at Broadmeadow Magistrates’ Court was also supposedly referenced in the track, Lawlor claimed.

The court heard Lawlor had been involved in various other events and complaints, including one in 2018 when ‘Sandra Bullock the Hollywood actor’ is said to have been present at a court case he was involved in at Broadmeadows Magistrates’ Court … ‘because of (him)’.

Lawlor claimed Rose’s ‘undertaking’ in respect of him constituted ‘a clear violation of human rights’.

‘And the court documents from Broadmeadows were falsified and fraudulent,’ Lawlor told the court. 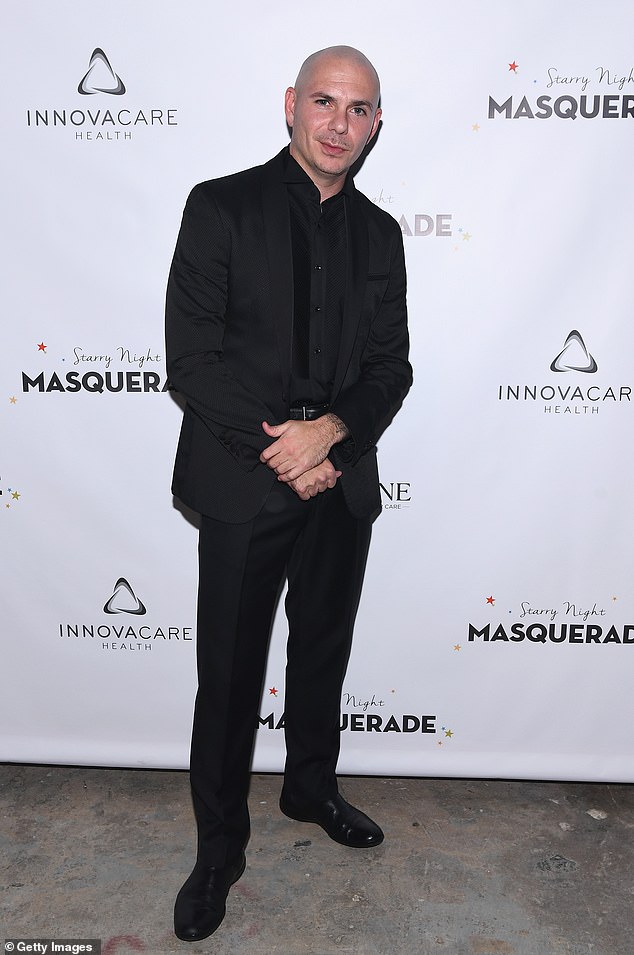 ‘Dear Mr Lawlor, The Prothonotary has reviewed your affidavit and there remains no evidentiary basis for seeking leave from the court to compel Armando Christian Perez to produce knowledge/documentation about Ruby Rose impersonating a Judge at Broadmeadows Magistrates Court,’ the court told him.

‘There appears no plausible grounds to conclude that Mr Perez may have any knowledge of events in the Magistrates Court in 2017 and therefore any application under Rule 32.07 is doomed to fail.’

Lawlor demanded a formal decision in regard to his Supreme Court application in hope the prothonotary accept his documents.

‘Mr Lawlor sought a hearing. In light of the exceptional circumstances, his request was granted,’ Justice O’Meara said.

As the ‘doomed’ matter proceeded to court, Lawlor attempted to serve further writs against Rose, which were again rejected by the court.

Lawlor claimed no trace of Rose’s court appearance could be found on court records due to a ‘sickening’ cover up involving ‘other organisations’, and an ‘illegal’ donation of money to the government and ‘Prime Ministers, deputies and a billionaire’. 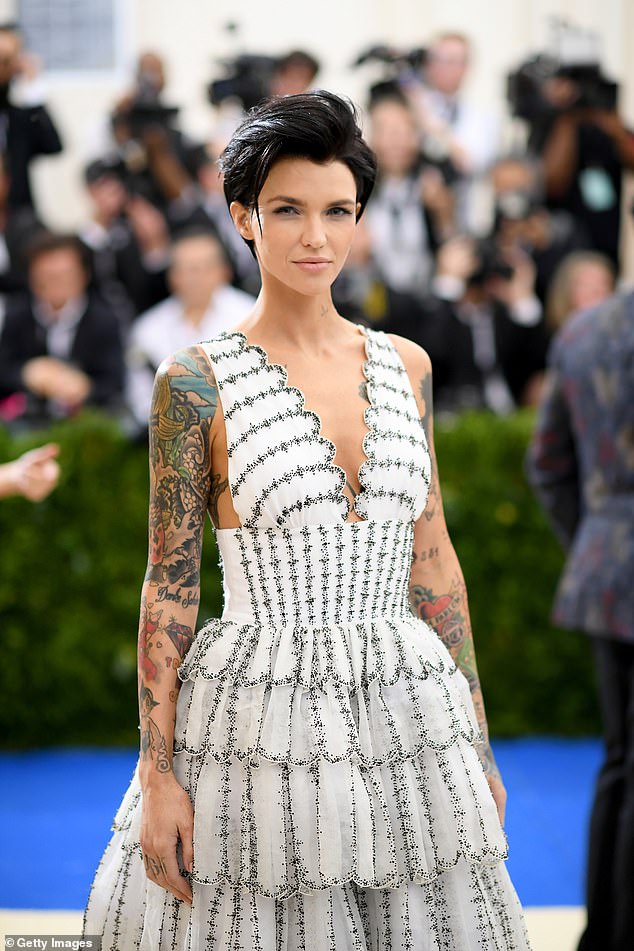 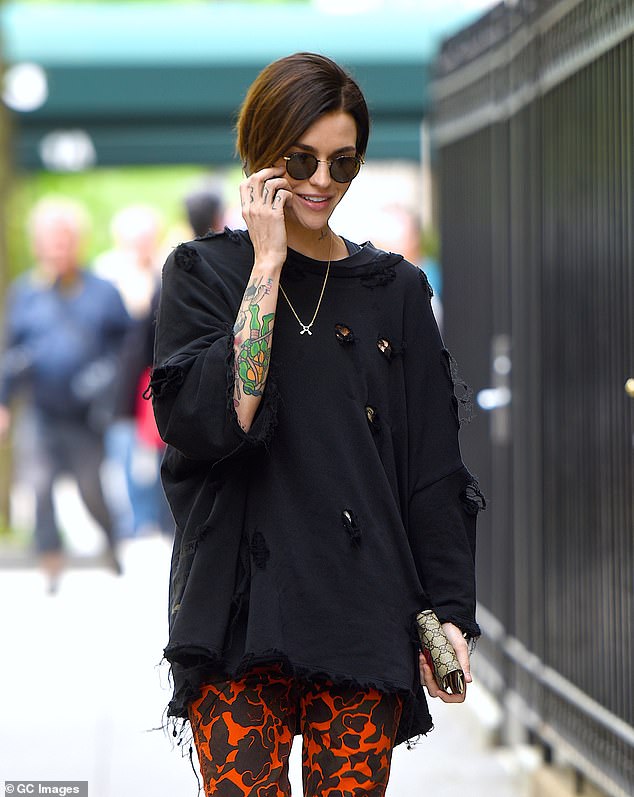 In handing down his decision on Tuesday, Justice O’Meara dismissed the bizarre case.

‘None of the lyrics concerned refer directly to Ruby Rose, Broadmeadows Magistrates’ Court … or the absence of a drinking fountain,’ he stated.

‘Indeed, I am entirely unable to make the connection evidently made by Mr Lawlor between the lyrics concerned and the alleged events.

‘More generally, I fail to see how elusive references in a rap song or songs said to have been released years after those alleged events could ever stand to establish that such events could be more likely than not to have occurred.’

In a further slap to Lawlor’s claims, Justice O’Meara branded his case ‘hopeless’ and to entertain it any further would constitute an ‘abuse of process’.

‘There are some rare and exceptional circumstances in which an abuse of process will be evident and established such that the court must refuse to receive the documents concerned in order to protect its own processes as well as the integrity of the administration of justice,’ he stated.

‘For the reasons which I have endeavoured to explain, I consider the present instance to be one of those rare and exceptional cases.’

WHO IS RUBY ROSE?

The Melbourne native, whose real name is Ruby Rose Langenheim, began her showbiz career as a model, DJ and TV presenter for MTV Australia.

As her popularity grew, she found herself fronting major modelling campaigns for big names including Maybelline, and co-hosting popular shows such as Channel 10’s The Project and Australia’s Next Top Model.

She moved to Hollywood in 2013 with hopes of making it as an actress.

Her efforts paid off, as Ruby shot to fame in 2015 with her breakout role in the Netflix series Orange Is the New Black.

In 2016, Ruby was named the face of popular makeup company Urban Decay, starring in a global campaign for the brand’s Vice lipstick collection.

The gender-fluid star’s acting career skyrocketed when she was cast in blockbuster movies such as Resident Evil: The Final Chapter (2016) and Pitch Perfect 3 (2017).

In 2018, Ruby also co-starred with Jason Statham in sci-fi thriller The Meg.

Her career took a turn for the worse in 2020 when she controversially quit CW superhero series Batwoman after just one season.