Eddie Jones was in his element on Thursday – delivering a surprise selection, a call to arms on behalf of his sport and a barbed response to an Australian claim about English dirty tricks.

Nic White was the Wallaby in his cross-hairs. Earlier in the week, the former Exeter scrum-half claimed that the tourists had instigated a pre-meditated campaign of wind-up tactics in this series.

His comments followed Jonny Hill’s clashes with Darcy Swain in Perth which saw the home lock banned for a head-butt, and the incident in Brisbane when Ellis Genge pushed down on White’s neck with his forearm, off the ball. Neither England player was punished despite close scrutiny but Australia are suitably antagonised.

Jones was invited to respond to White’s accusation and he said: ‘Who said it?’ When it was clarified, he added: ‘Well, he’s got plenty to say.

‘I hardly think he’s entitled to make that comment.

‘He’s the biggest niggler of all time, isn’t he? That makes me laugh.

‘The boy who niggles everyone, complaining about niggle. That’s a bit like the pot calling the kettle black.

‘Obviously he thinks that and his perception is reality, so he’s got a funny way of looking at reality. He’s just trying to look for something, isn’t he?’ 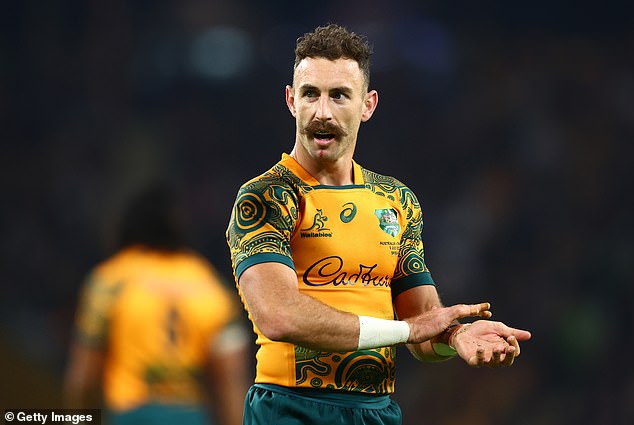 Jones was in a bullish mood, after last Saturday’s series-levelling victory at Suncorp Stadium, which had been the Wallabies’ impregnable fortress for six years.

He named a team featuring Ollie Chessum at lock and Lewis Ludlam at openside – for the injured Maro Itoje and Sam Underhill – as expected.

But he also opted to recall Danny Care to the starting XV, in place of Jack van Poortvliet, who was superb in the second Test but reverts to the ‘finisher’ role.

Explaining the unforeseen decision, Jones said: ‘It’s just tactical. It’s a different referee this week and he allows a lot of quick ball.

‘Danny is going to be at his best when that ball is quick and we want him there at the start. We want to speed the game up and he can do that for us. 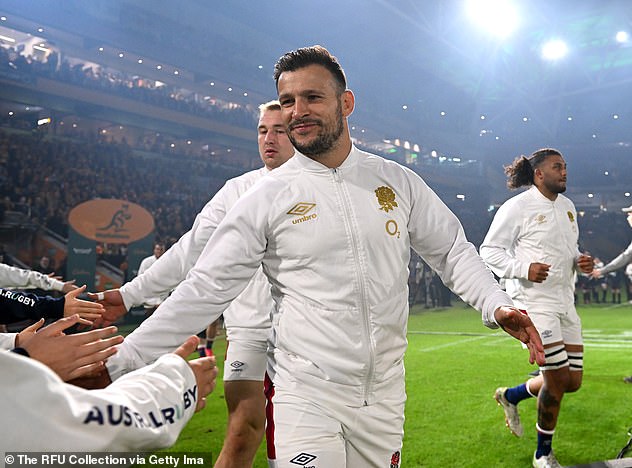 ‘But JVP was magnificent last week and this series is going to go down to the last 20 minutes. He played with the aplomb of a 50-Test veteran last game and he’s got the skillset to close a game out or take a game forward. So we’ve just changed the roles.’

Care will bring tempo and that is a pet subject for Jones at present. He fears that rugby has lost its rhythm and flow due to a period of pedantic officiating and he is ready to push for the return of a more balanced, common-sense approach.

‘We’ve got to keep the game safe, don’t get me wrong, but accidental head contact and this incessant use of the TMO, we’ve got to cut out,’ said Jones.

‘I’m certainly going to be pushing for it, because I’ve had enough. Let’s get the game going. We need to get everyone on the same page and start moving towards the game we really want, and certainly before November, I’m going to be agitating for something like that.’

Jones was speaking the day after the State of Origin rugby league decider which captivated the Australian sporting public as Queensland beat New South Wales in Brisbane. 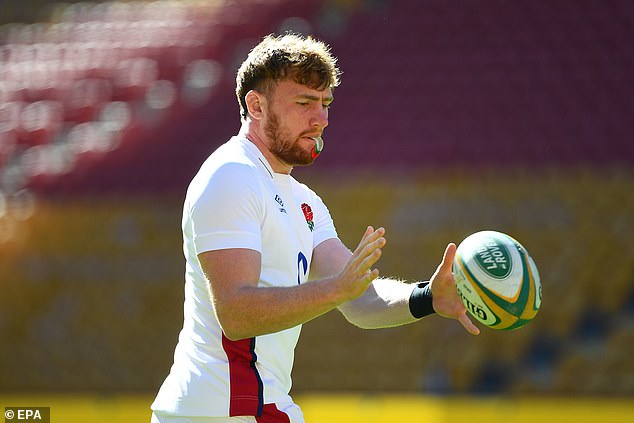 England’s head coach believes union can take pointers from some elements of the other code – such as placing players on report instead of endlessly using cards – but he was at pains to say that the character of the 15-man game must be protected.

‘A good game of rugby beats everything,’ he said. ‘Our game is different. It is unique. If we want to be like rugby league, we can just take the contest out of the game.

‘Rugby is a complex game. We’ve got lineouts, we’ve got scrums, we’ve got kick-offs, we’ve got rucks, we’ve got mauls – and that’s the uniqueness of the game which allows different body types to play, which is part of the charm. So we have to be careful about wanting to keep the game unique.’

Saturday’s Test at the Sydney Cricket Ground will mark the end of what could be England’s last true series, if proposals for a new global tournament are adopted by World Rugby.

Jones had his say on that prospect too, adding: ‘I think it would be very sad. As you can see, this series has had a storyline to it and it creates interest. To lose those rugby-like tours would be disappointing for the game.’