Marilyn Stafford spent her life capturing the world – everything from portraits in London homes to fruit vendors in Lebanon and the high fashion scene in Paris – through the lens of her camera.

The American-born photographer documented the highlights of the 20th century over the course of her 30-year career, attending key international events and meeting with monumental figures. Her portfolio includes the likes of Édith Piaf, Eleanor Roosevelt, Bing Crosby, Sharon Tate and more.

Ms Stafford’s career launched in 1948 after she took a grainy portrait of Nobel prizewinning physicist Albert Einstein at his home. She had never used a 35mm camera before her meeting with Einstein and previously admitted she ‘no idea what I was doing’ when she took the photo.

She went on to work in New York City before marrying a British foreign correspondent working in Paris in 1958. Her husband’s work took her to Italy and then Lebanon – where she spent time travelling and documenting local life.

In the mid-1960s Ms Stafford moved to London as a single mother and worked with several UK and international publications including The Observer, Vogue, Women’s Wear Daily and The Herald Tribune. She continued travelling the world and taking photos until the 1980s.

Ms Stafford passed away on January 2 at age 97. In honour of the talented artist and storyteller, MailOnline is detailing her life just as she did – through the lens of her camera.

Model at Tour D’Argent by Marilyn Stafford: The photographer captured this image in Paris, circa 1955. The model is seen donning a Givenchy dress and Haute Couture 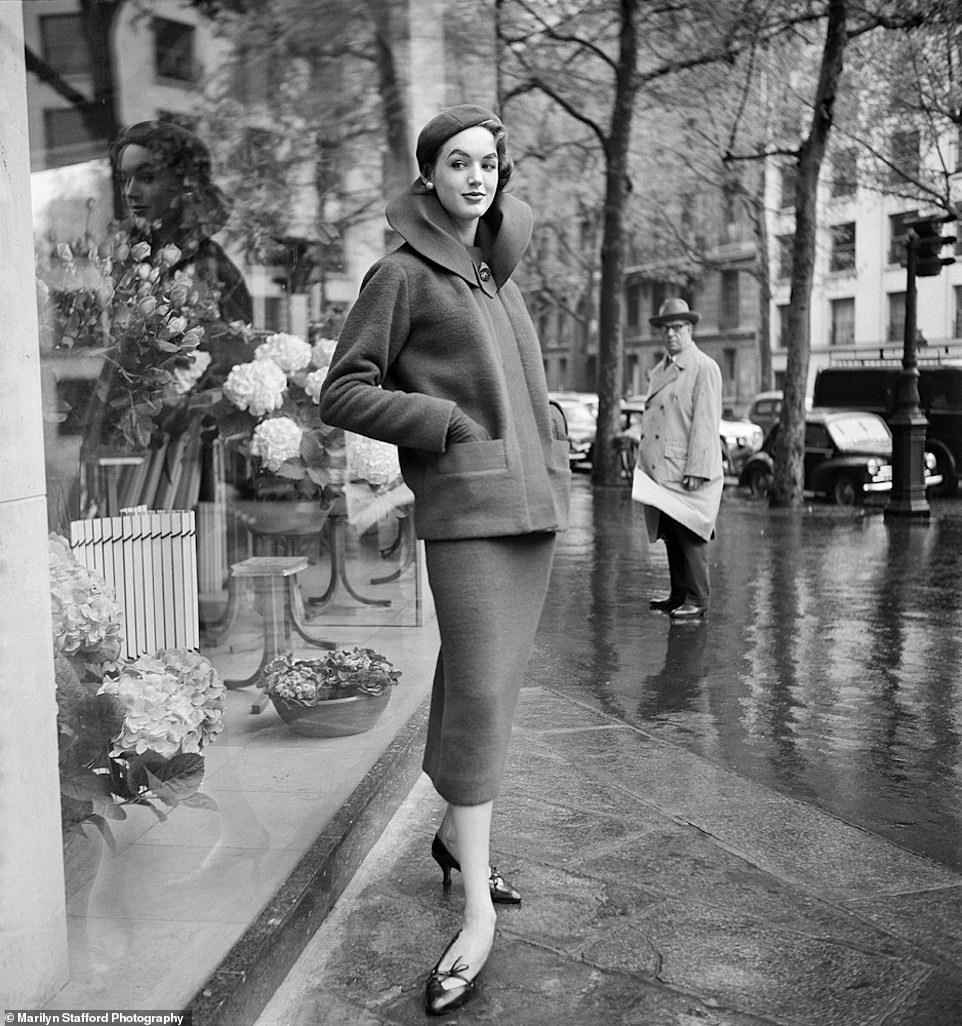 Prêt-à-porter on a rainy day: Marilyn Stafford captured this image in Paris in 1960. It shows a woman on the Parisian streets during a rainy day. Her silhouette is reflected in a shoppe window 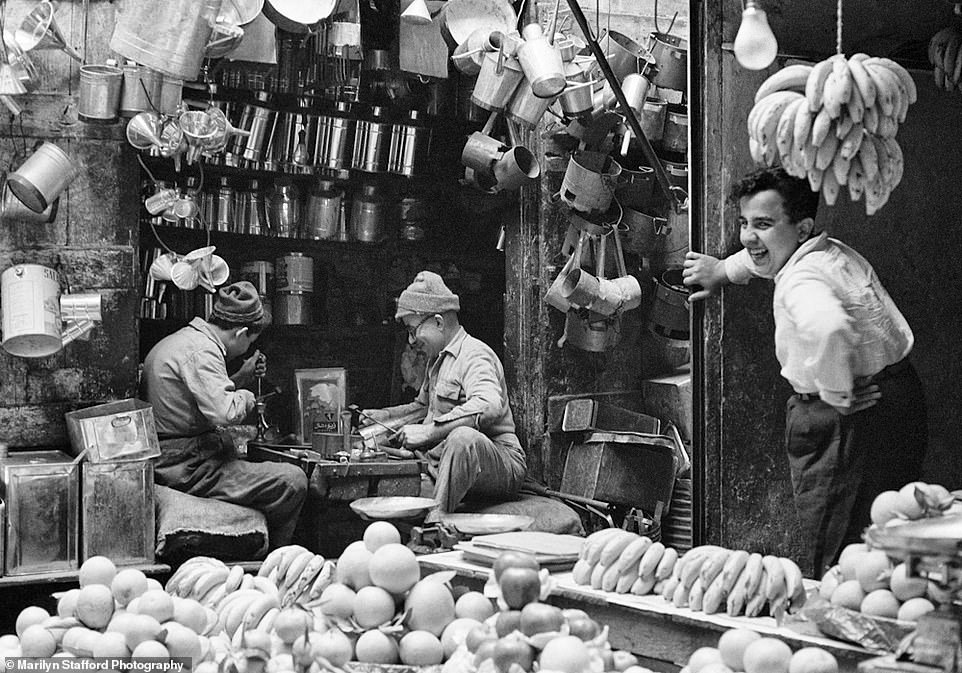 Marilyn Stafford captured a fruit seller and tinsmith chatting at a market in Tripoli, Lebanon, in 1960 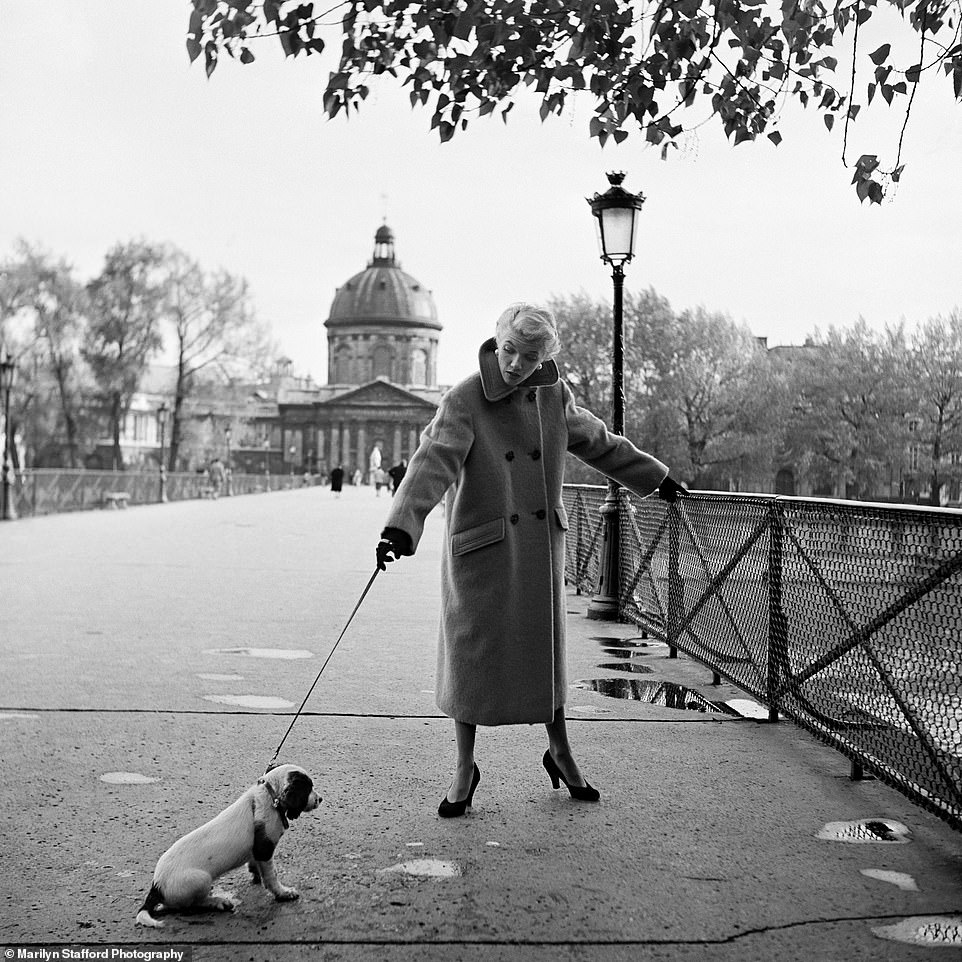 Model with dog by Marilyn Stafford: A model in Ready-to-Wear is pictured with a dog, Passerelle des Arts, Paris, circa 1955 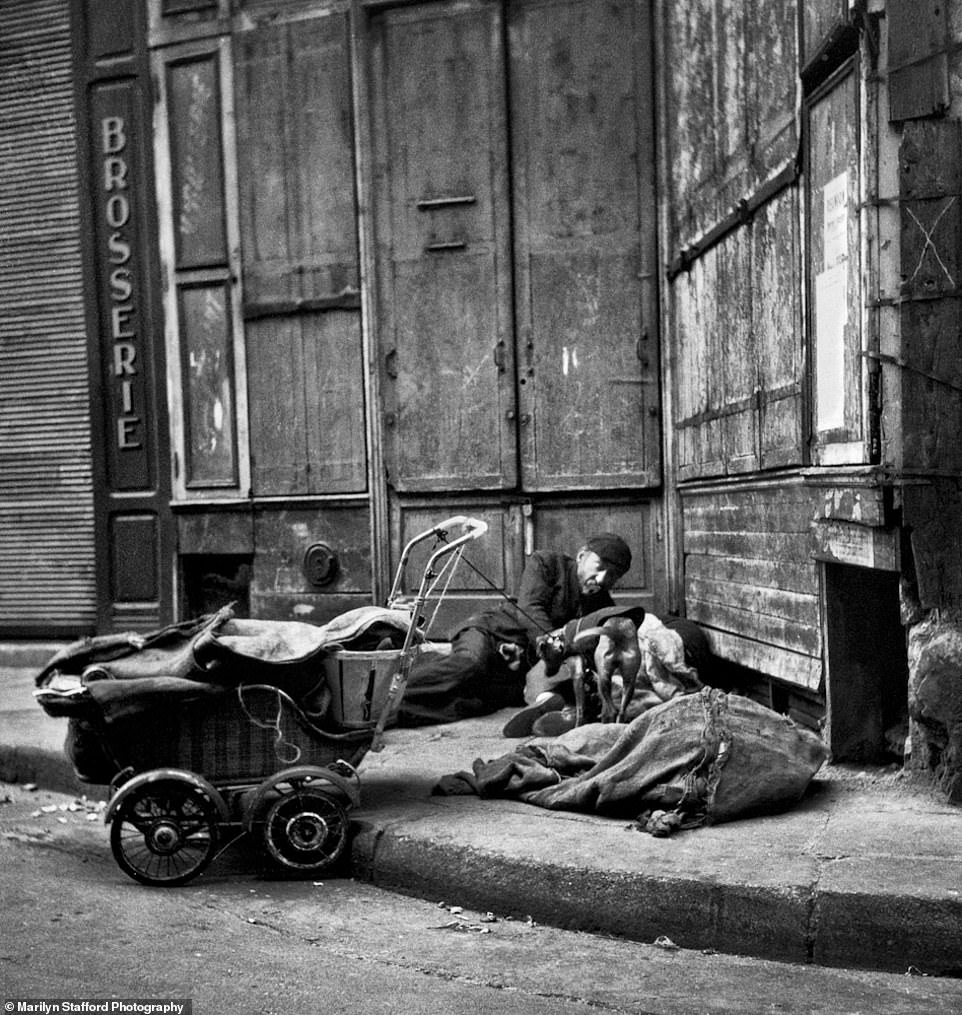 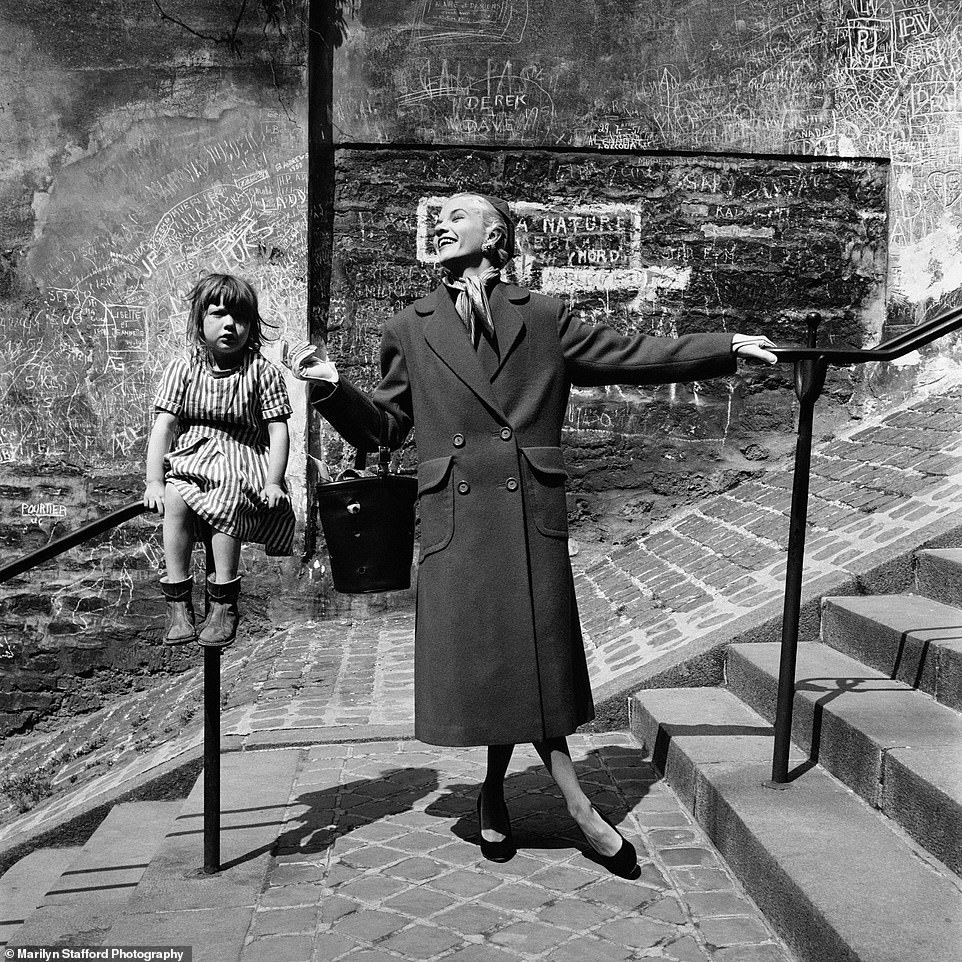 Marilyn Stafford captures a model in ready-to-wear with child in scuffed boots in Montmartre, Paris, circa 1955 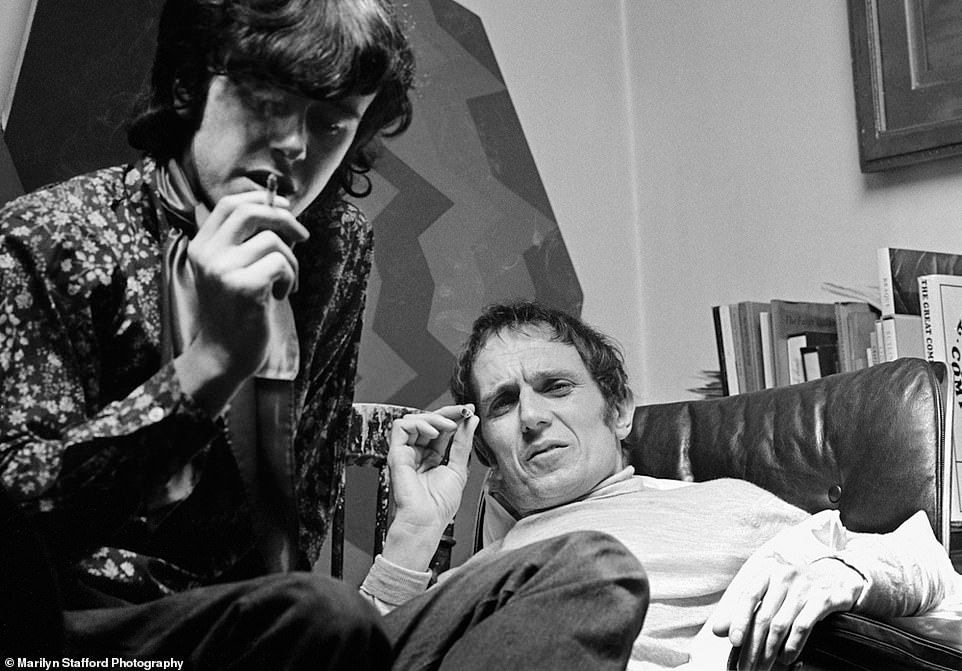 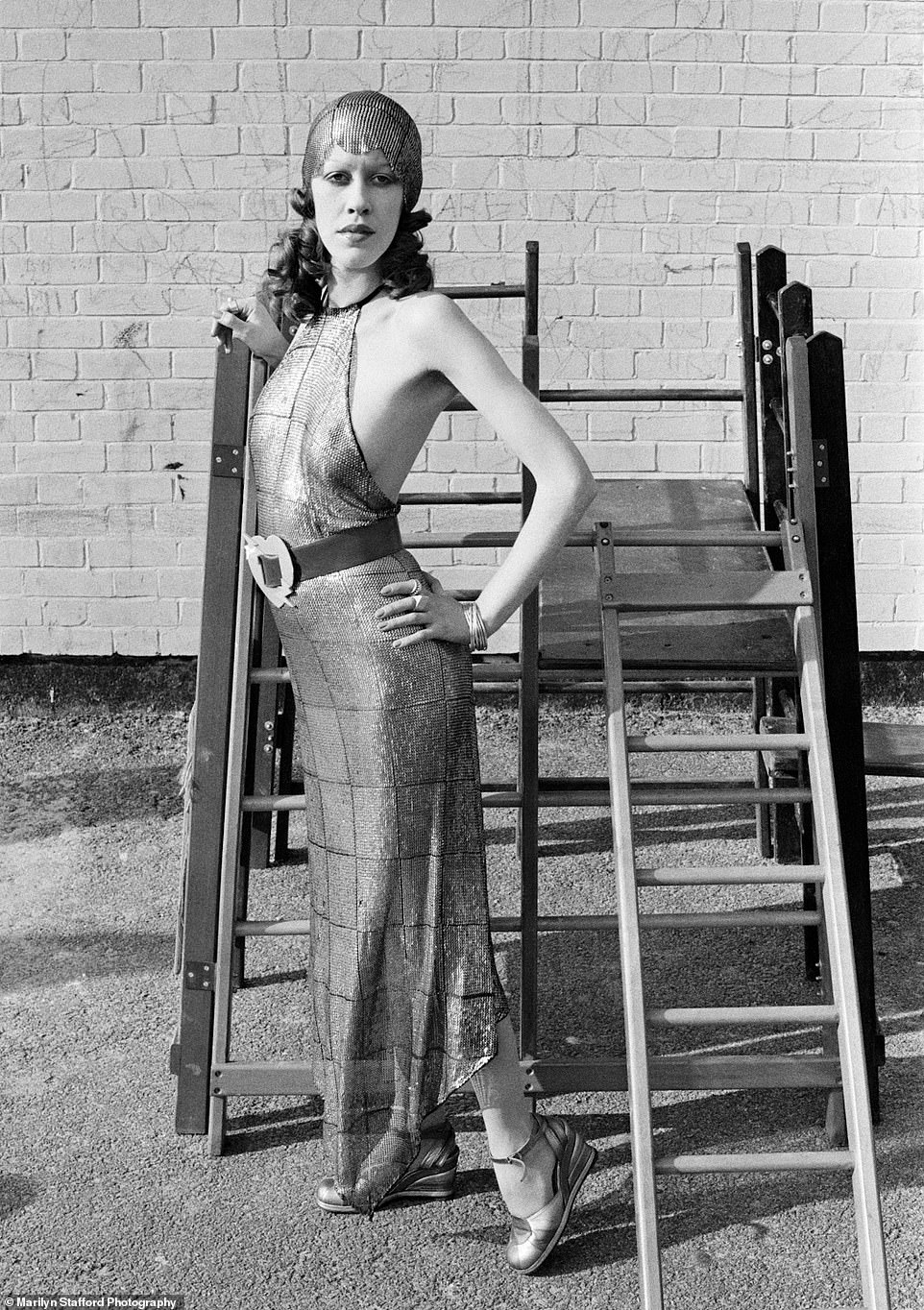 A model poses for Marilyn Stafford at the Chelsea Antique Market, on the King’s Road, west London, in 1970 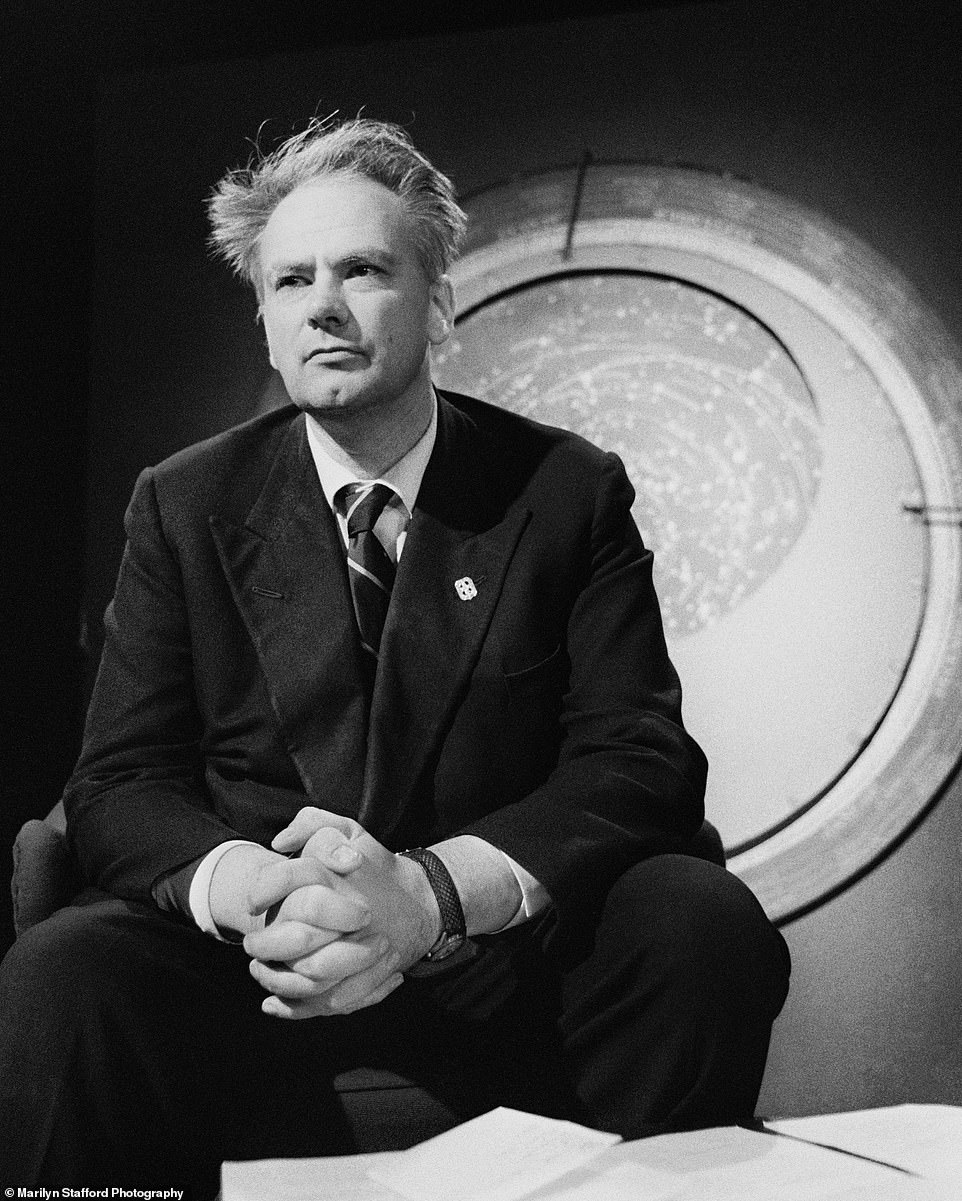 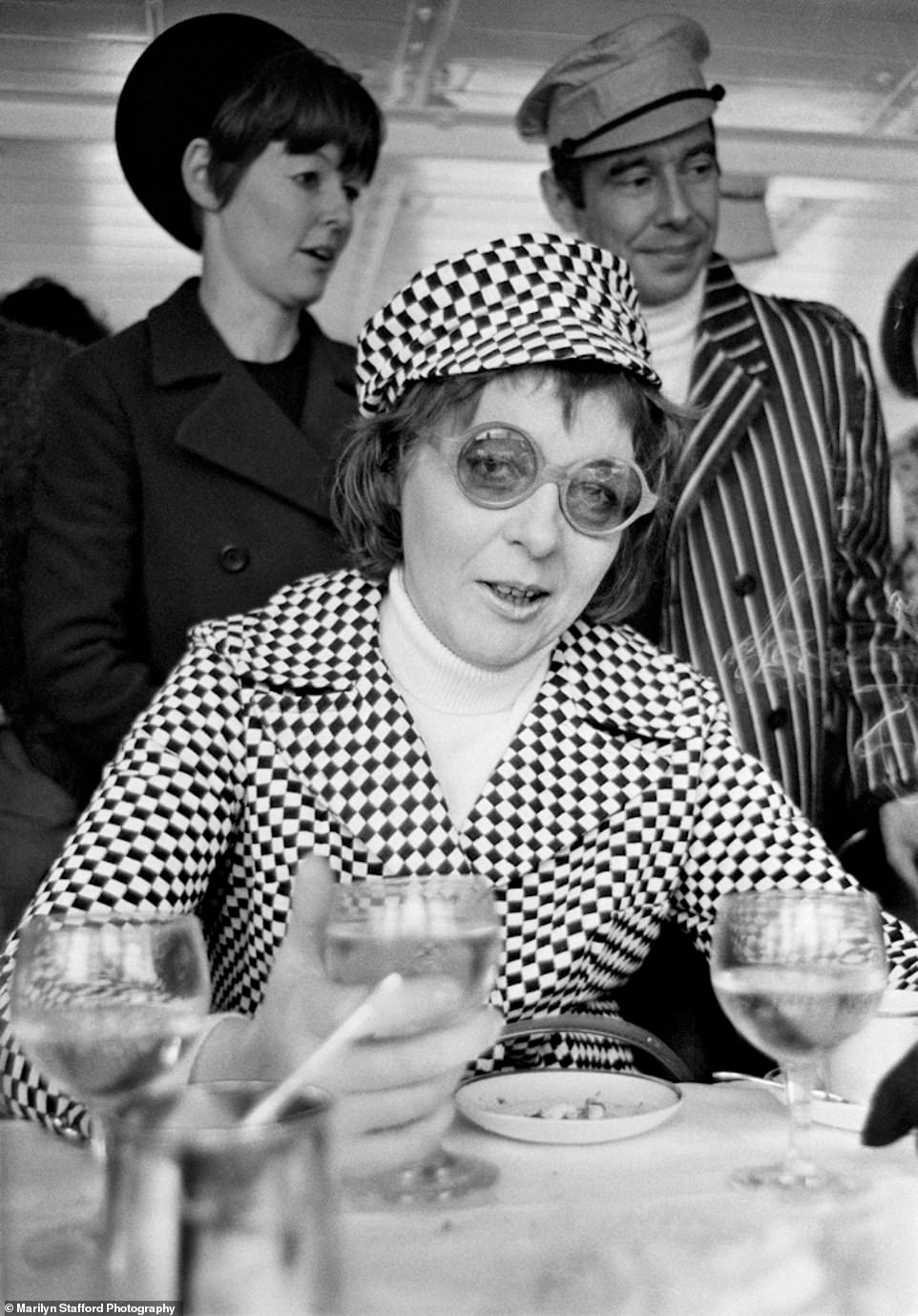 The American-born photographer documented the highlights of the 20th century over the course of her 30-year career, attending key international events and meeting with monumental figures 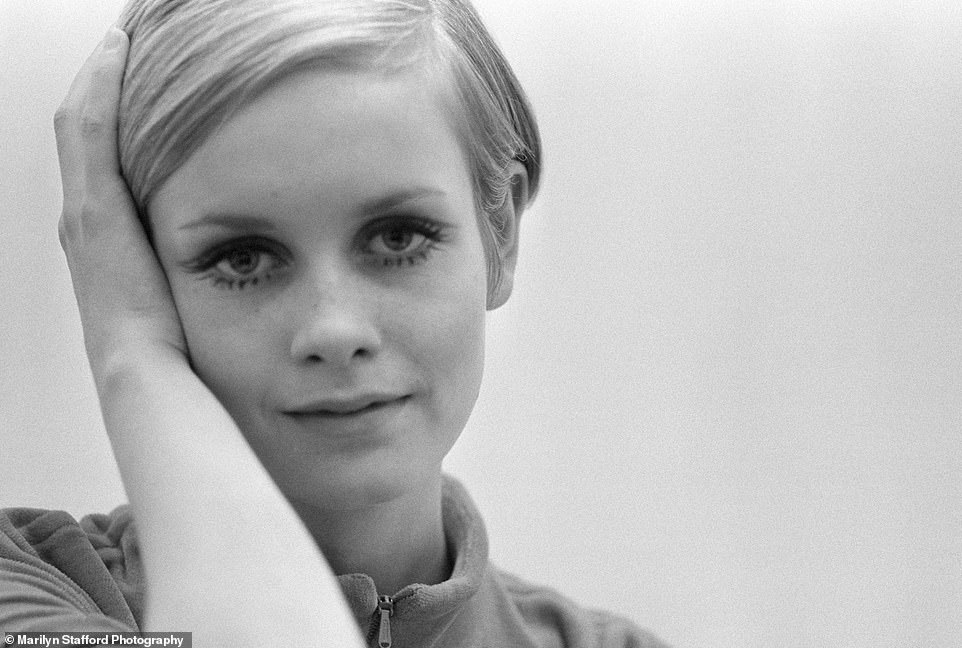 Marilyn Stafford photographs a model called Twiggy in London in 1970 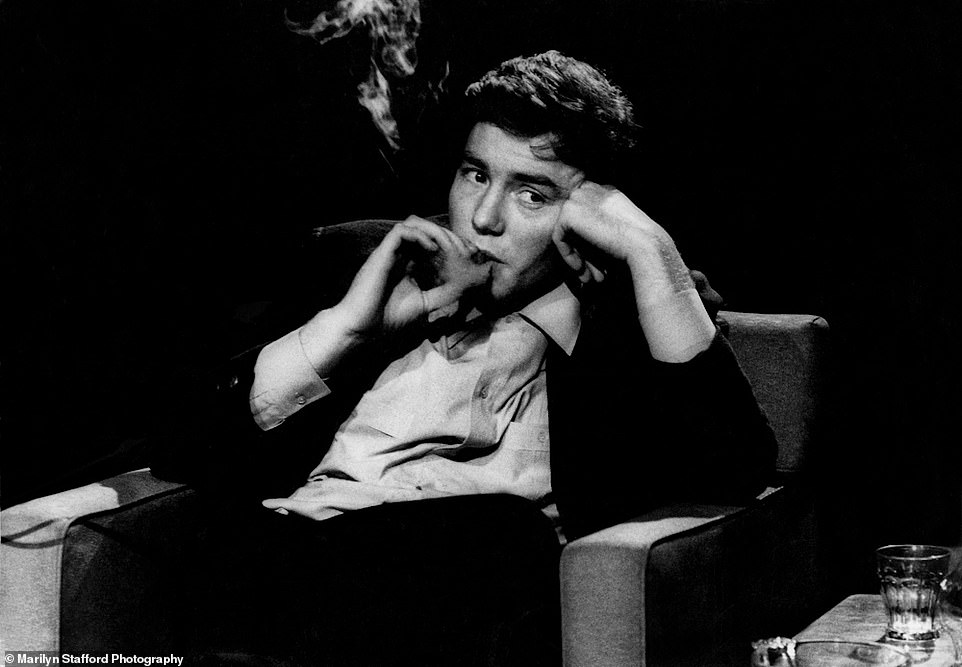 Marilyn Stafford spent her life capturing the world through the lens of her camera. One of her portraits is shown above 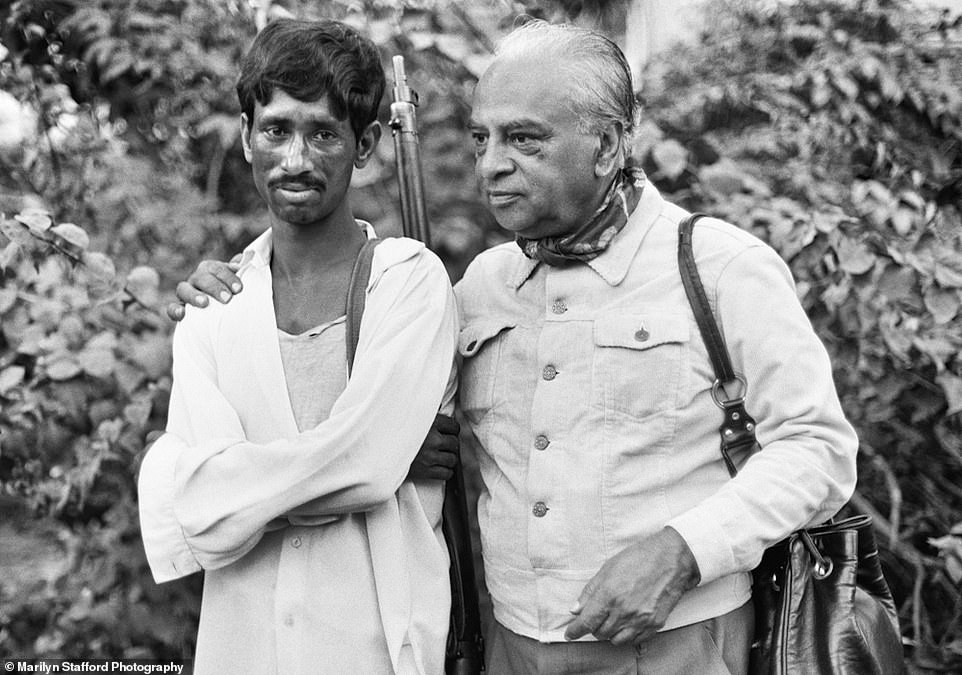 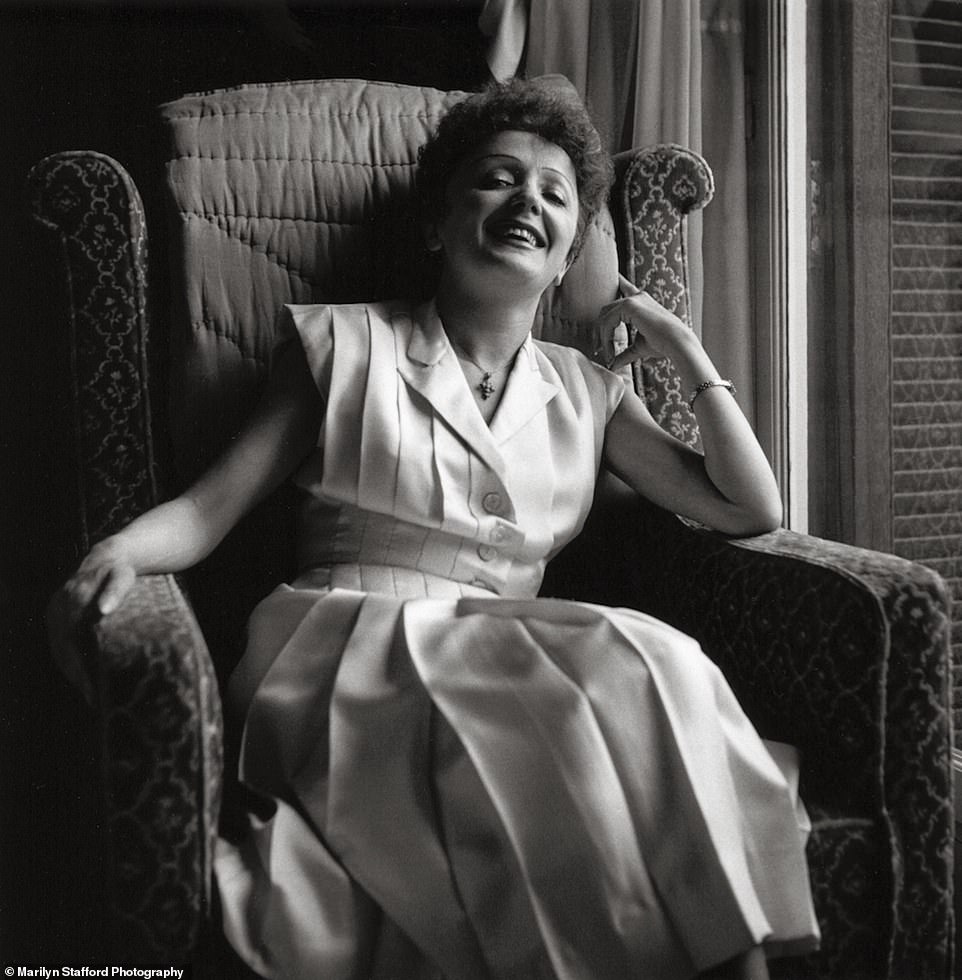 Marilyn Stafford’s portfolio included portraits of many celebrities including Edith Piaf, who is pictured in Paris, circa 1950 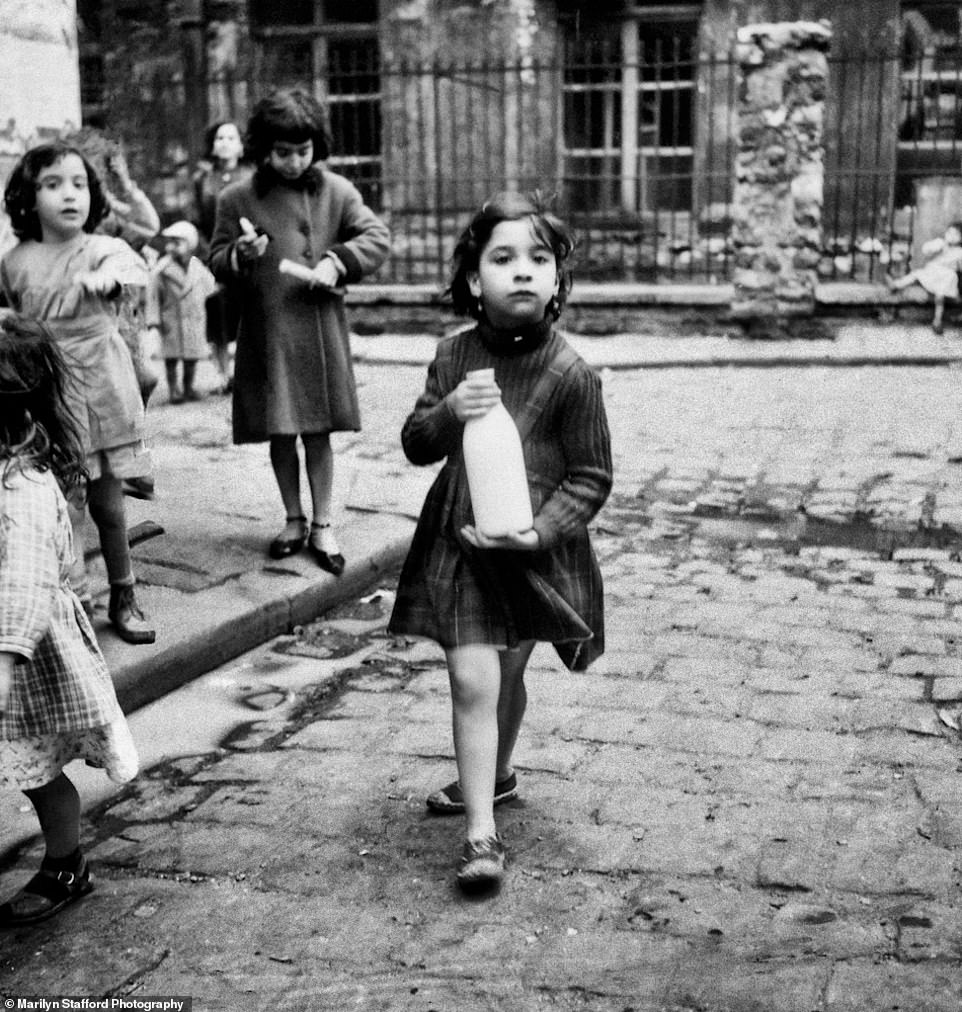 The photographer captured an image of a young girl carrying a milk bottle, Cité Lesage-Bullourde, circa 1950 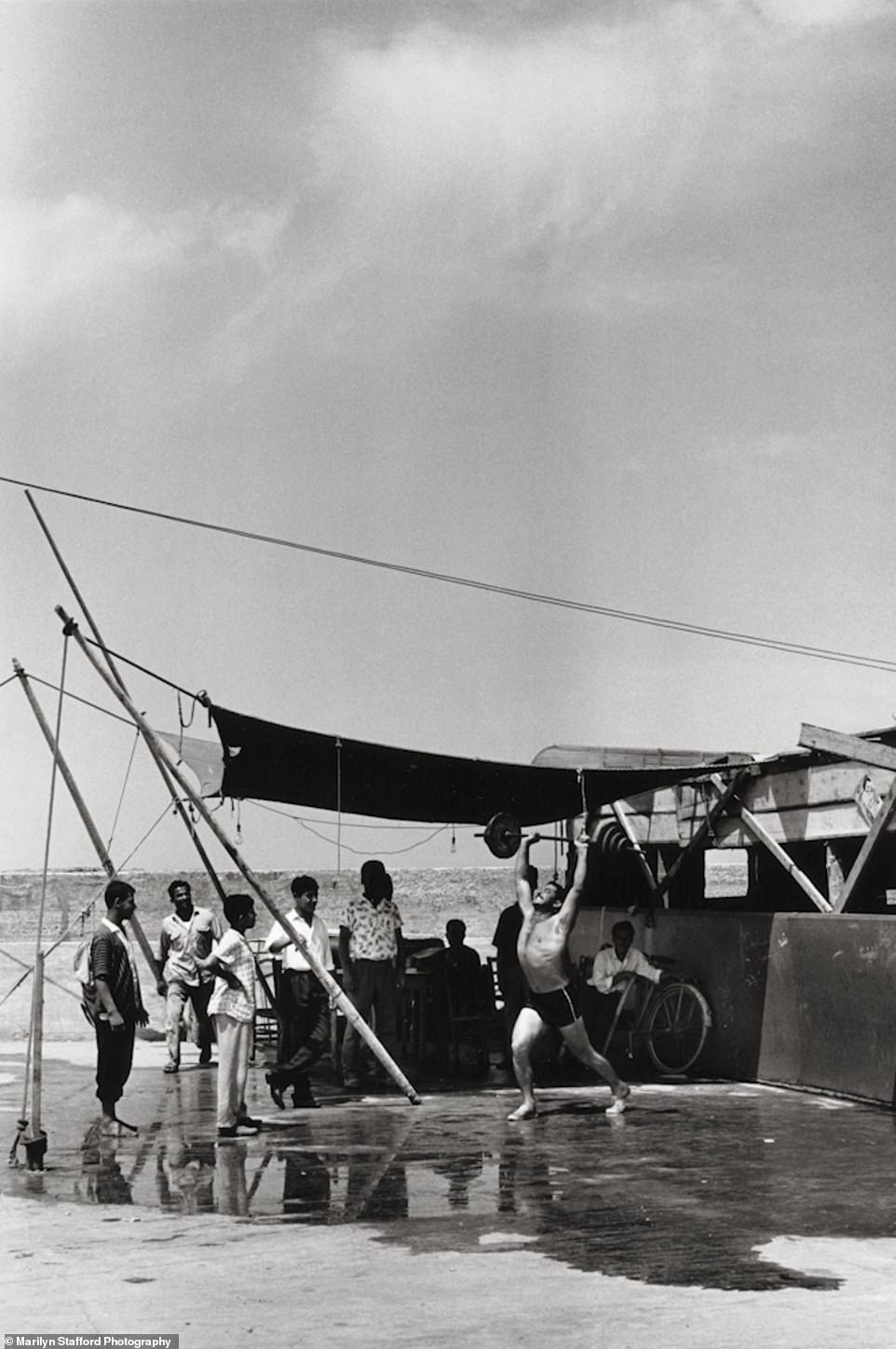 Marilyn Stafford captured a photo of a weightlifter exerting himself in Sidon, Lebanon in 1960 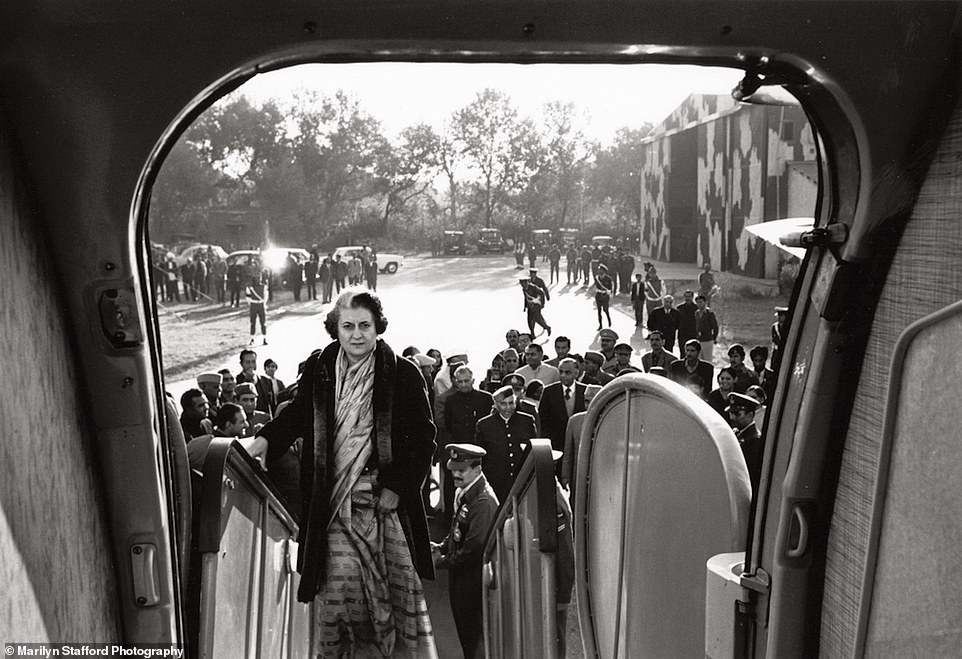 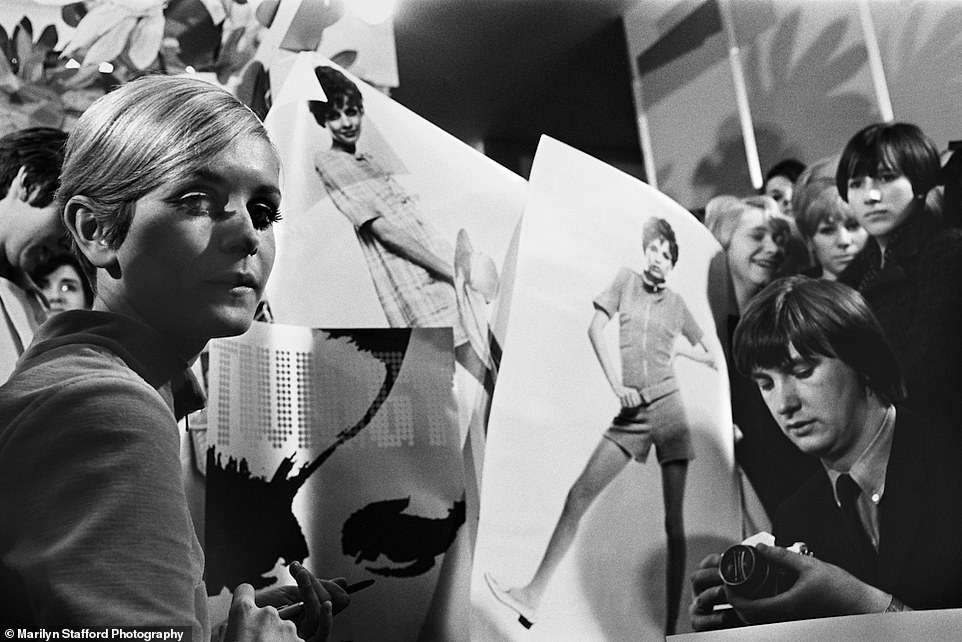 The fashion collection: Marilyn Stafford captures Twiggy at a press call in London, circa 1966 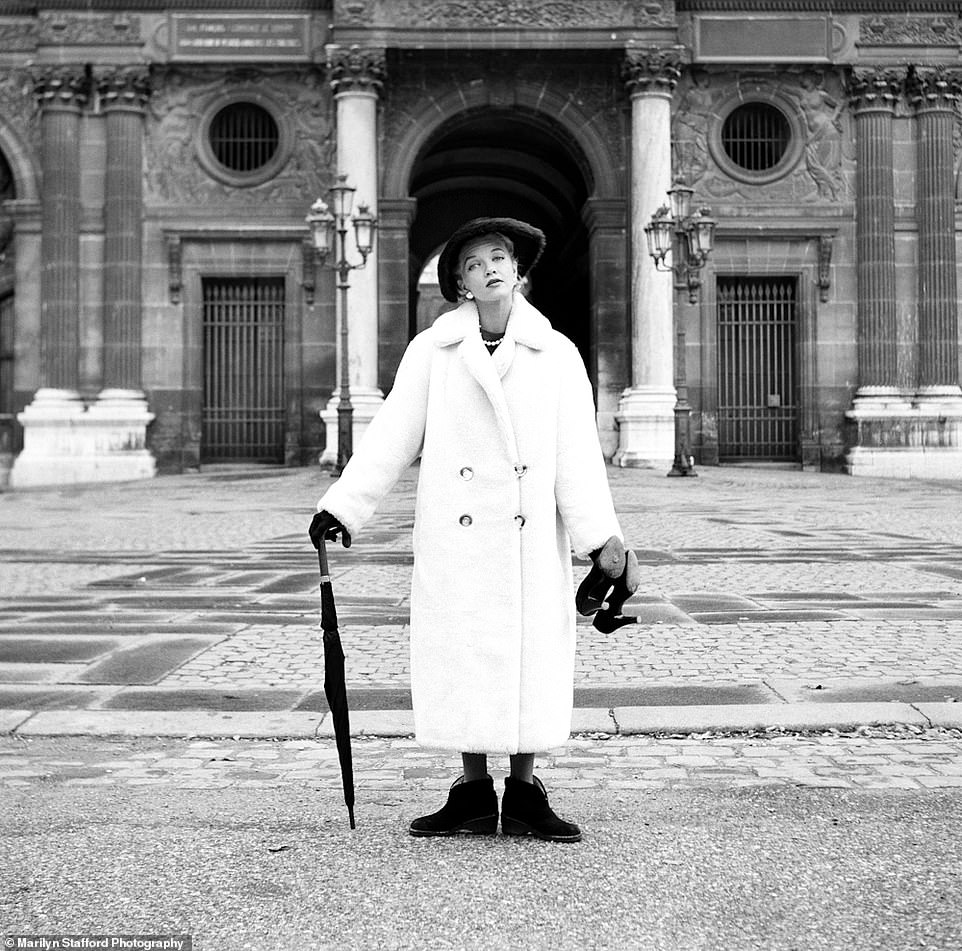 Marilyn Stafford photographed a model who was holding her heels and an umbrella, as she wears flat boots, following a fashion shoot at the Louvre, circa 1955 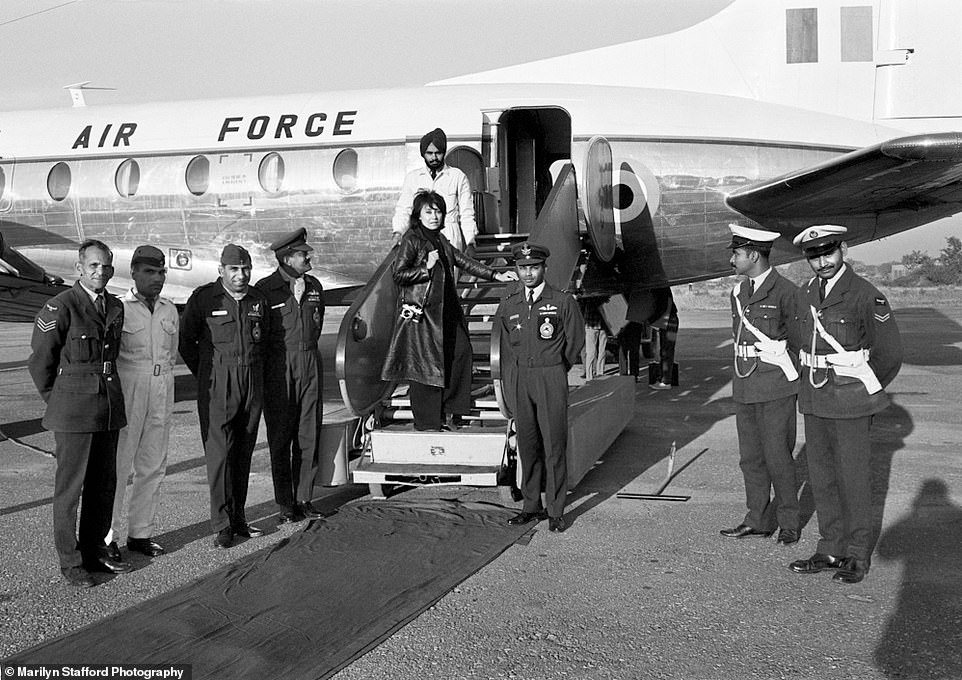 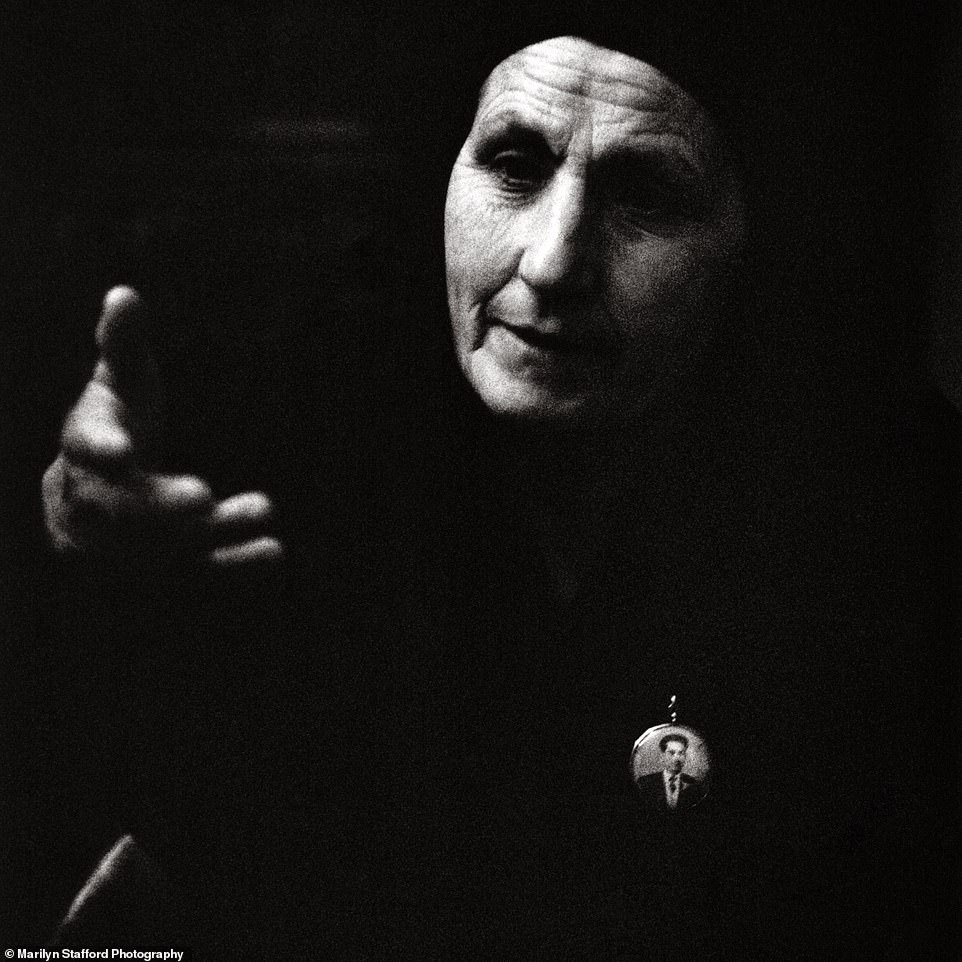 Marilyn Stafford took a photograph of Francesca Serio (1903-1992) in Rome, circa 1959. Ms Serio sued the Mafia after it killed her son 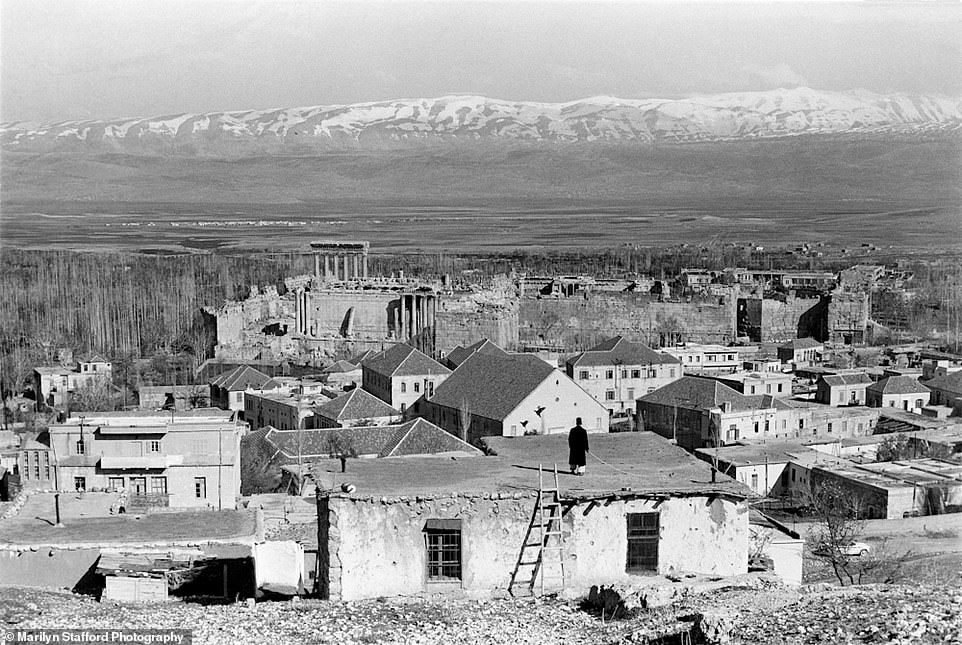 A photograph of the southern Lebanese city of Baalbek in 1960. The city was merely a village at the time 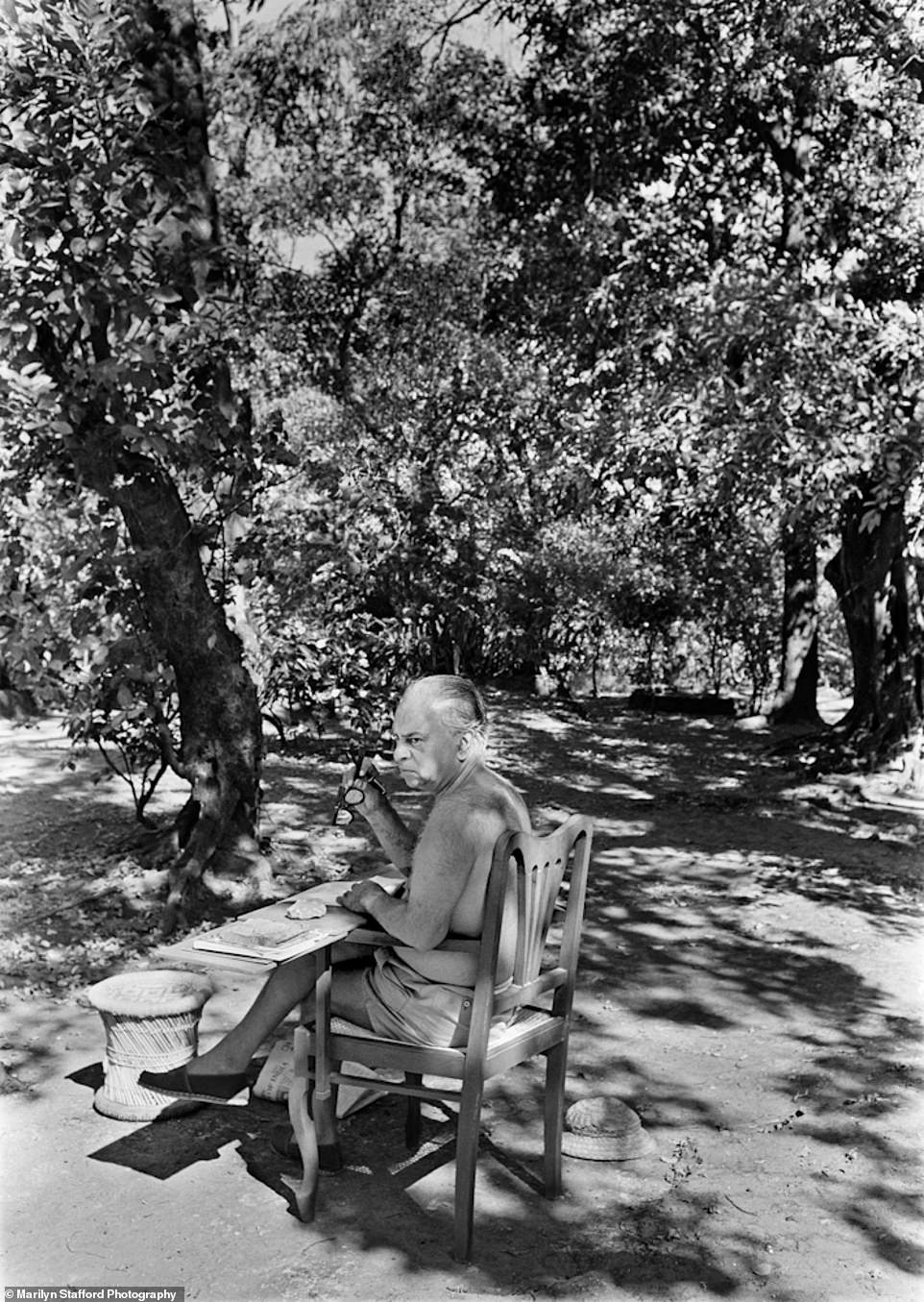 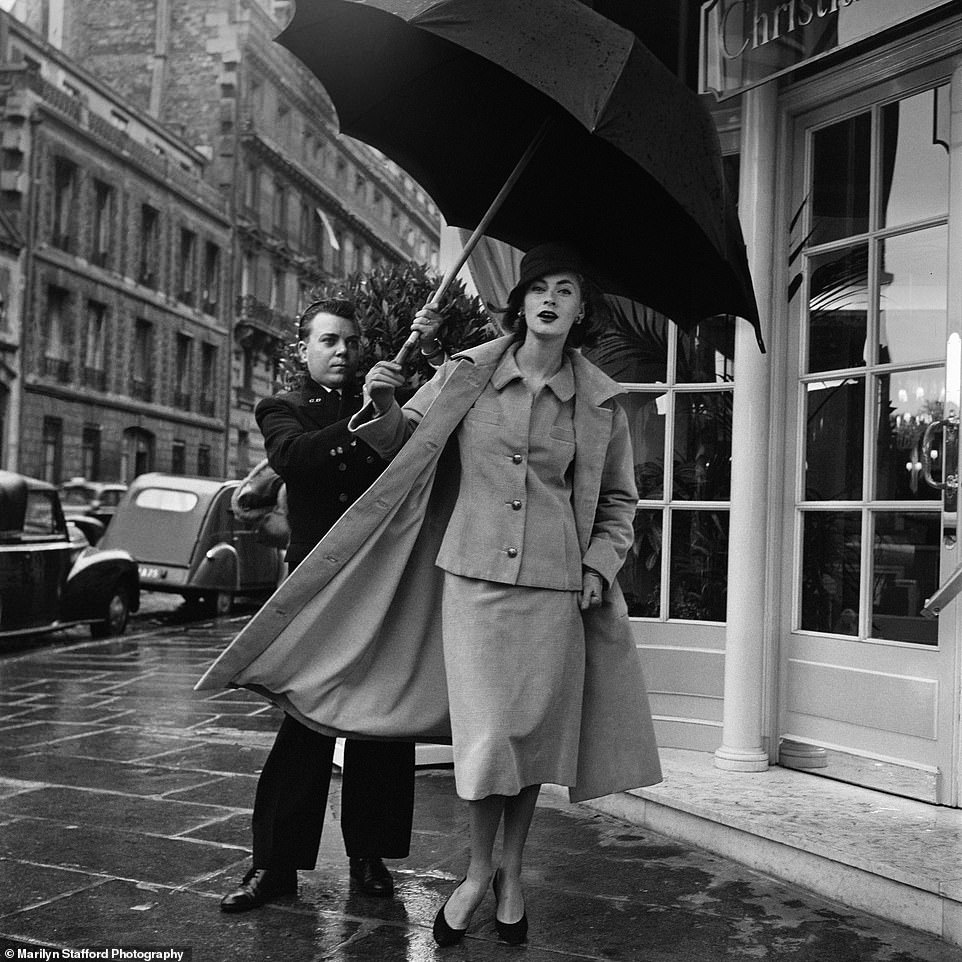 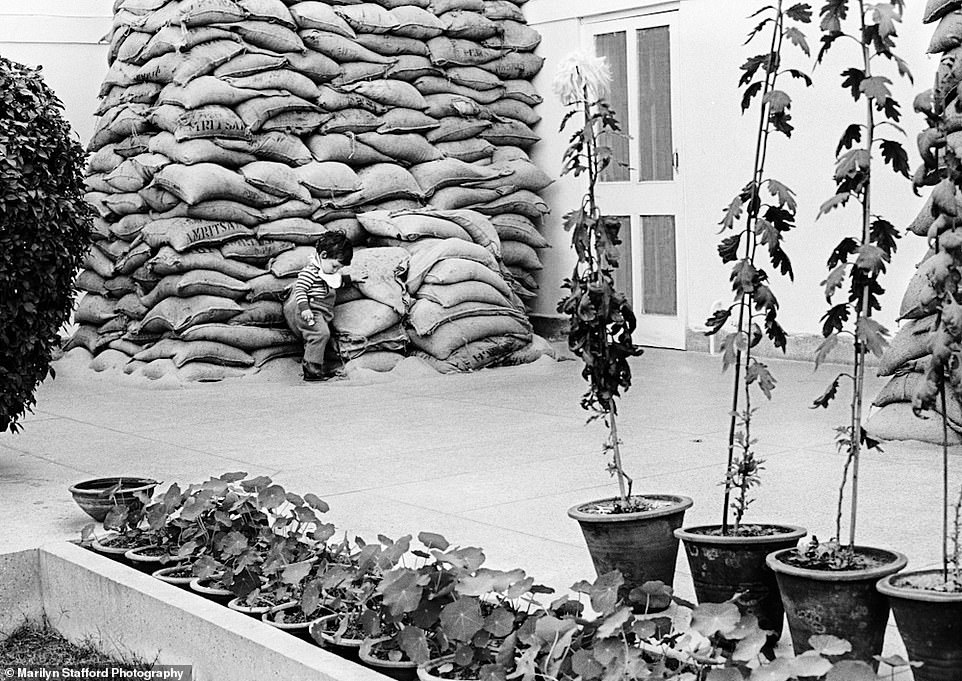 Rahul, grandson of Indira Gandhi, playing beside sandbags, which were used to protect his grandmother’s house during the Indo-Pakistani War, New Delhi, 1972 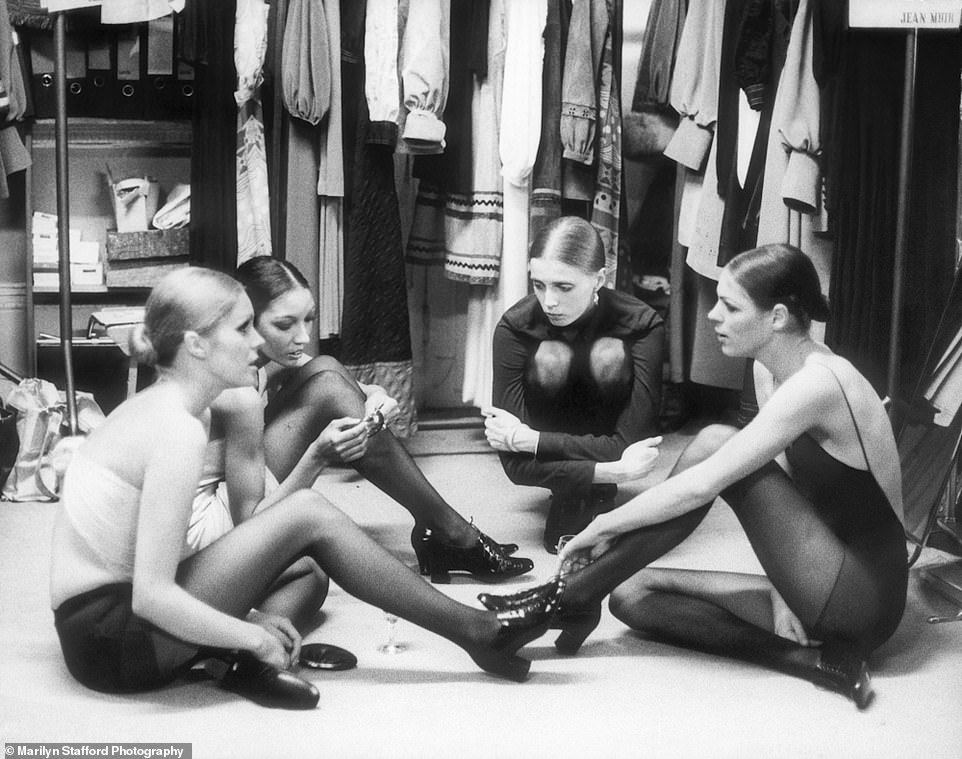 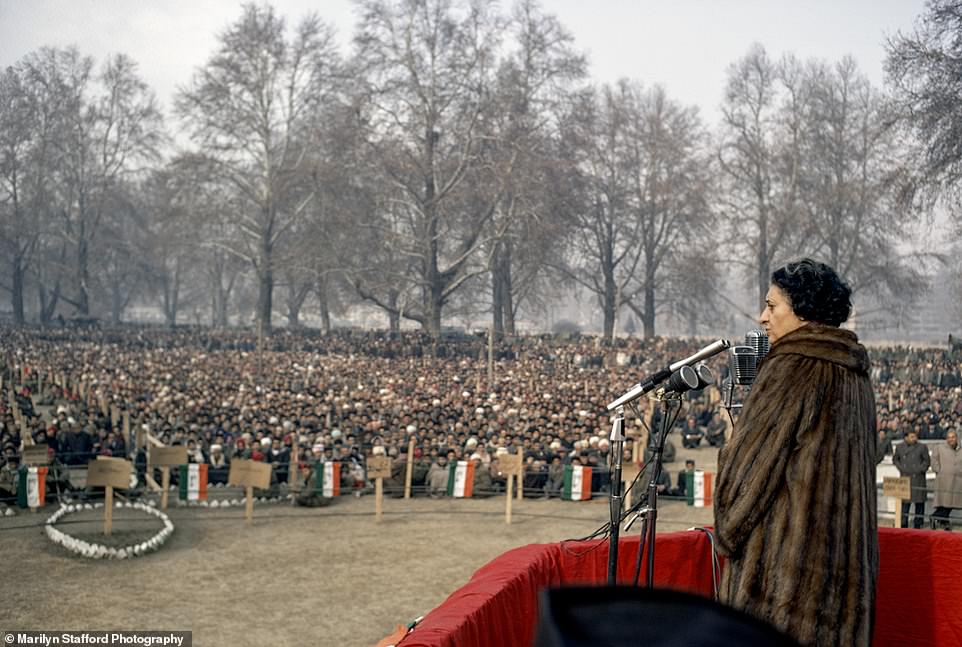 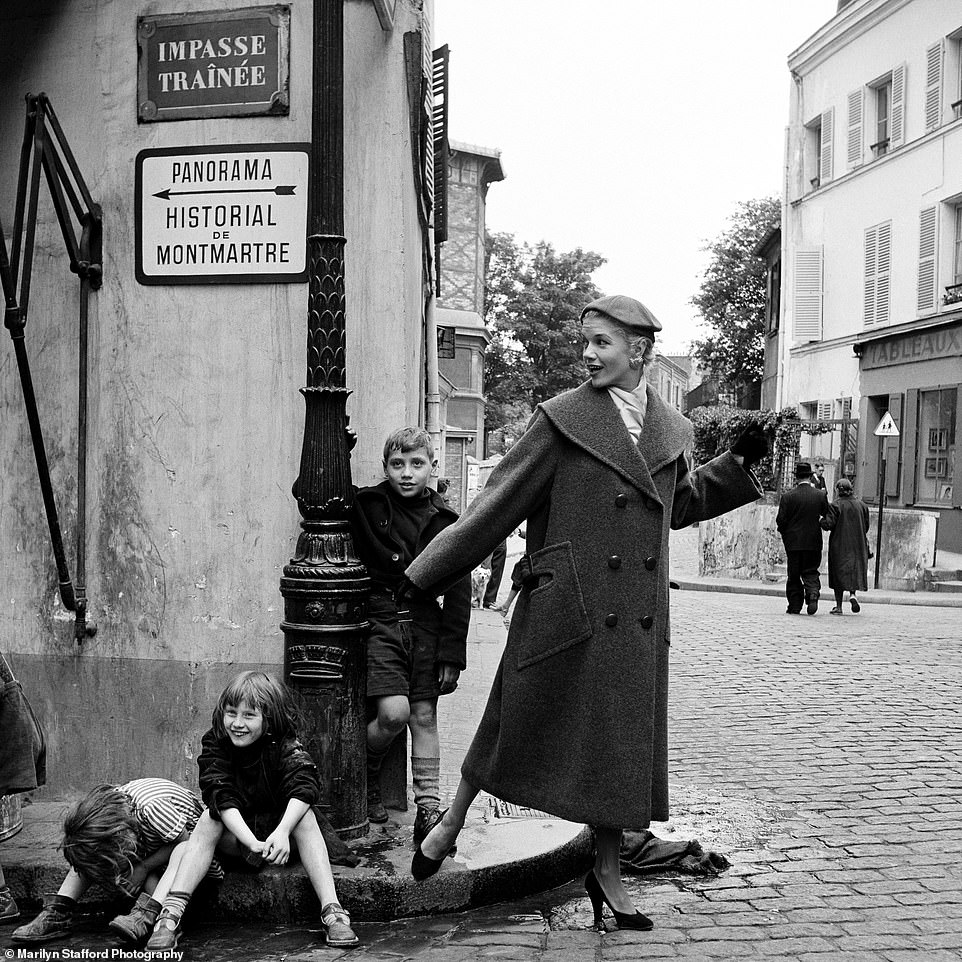 A model is seen next to children on street in Montmartre, Paris in about 1955 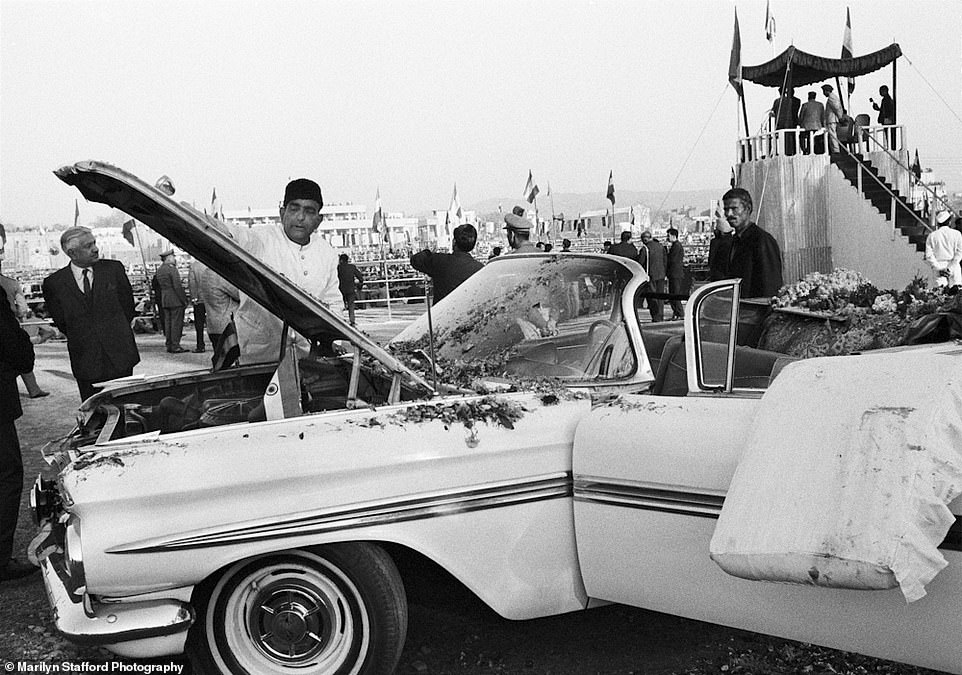