Pioneering actor Earl Cameron CBE, who was one of the first successful black British actors, has died at the age of 102.

Best known for his roles in Doctor Who, Thunderball and Inception, Bermudan-born Cameron made his first appearance on the screen in 1951’s Pool of London.

Cameron lived in Kenilworth, Warwickshire, with his wife Barbara and also leaves behind his six children.

A family friend, Martin Beckett, confirmed that the actor had died, the BBC reports.

Pioneering actor Earl Cameron CBE, who was one of the first successful black British actors, has died at the age of 102

Mr Beckett said: ‘He had sheltered himself because of Covid and had not really been keen on going out, he had chest problems.

The pioneering actor was born in 1917 in Pembroke, Bermuda, and he started his career with the British Merchant Navy.

He ended up stranded in Britain before the start of the Second World War and scraped by before his acting career kicked off in 1951. 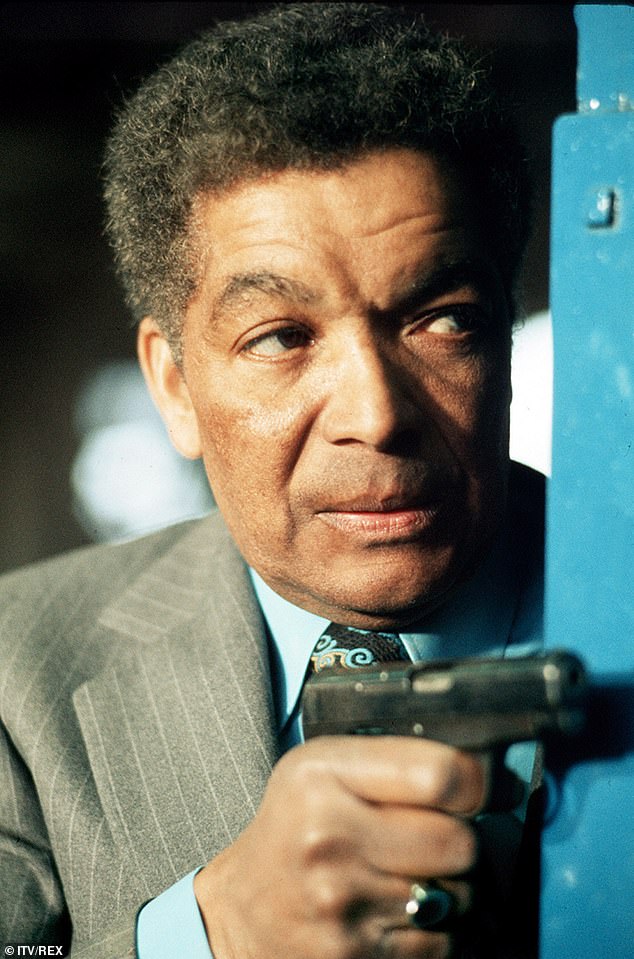 Some of Cameron’s most beloved roles came in Doctor Who, in which he became the first black actor to play an astronaut, and the James Bond film Tunderball. Pictured: File image of Cameron appearing in The Zoo Gang

His starring role in Pool of London made him only the fourth black actor ever to appear in a prominent role in a British film.

The film was also ground-breaking because it was the first British film to depict a mixed-race relationship.

Cameron’s next major role came in the 1955 film Simba, closely followed by a role in the film Safari.

Having been considered for a role in the James Bond film Dr No, he soon landed a role as 007’s assistant Pinder in Thunderball. 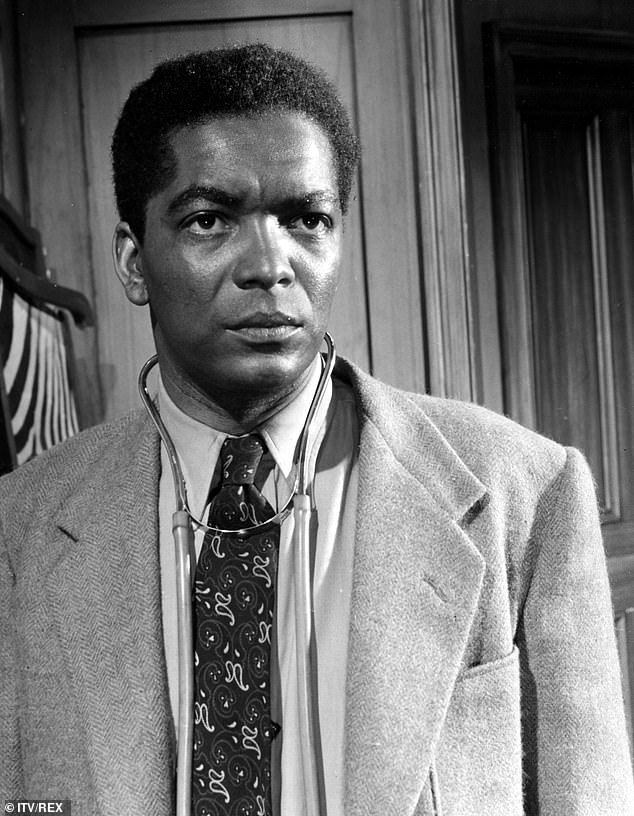 Cameron was appointed as a Commander of the Order of the British Empire in 2009. Pictured: Cameron appearing as Dr Peter Karanja in the 1955 film Simba

His career did not only impact cinema though, as Cameron also forged a glittering television career.

One highlight from his TV career came in his appearance in Doctor Who. Appearing in The Tenth Planet, Cameron became the first black actor to play an astronaut and in 2017 he also became only the third actor to have appeared in the show to reach the age of 100.

In 2009 he was appointed as a Commander of the Order of the British Empire.

The veteran actor was inducted into Britain’s Screen Nation Hall of Fame in 2016 and he was also awarded an honourary doctorate in 2013 by the University of Warwick.

Speaking to the Guardian in 2017, Cameron said: ‘I never saw myself as a pioneer. It was only later, looking back, that it occurred to me that I was.’