What a block-BUSTER! Moment gang use digger to ram-raid Co-op and steal ATM… after stealing it from Jurassic World set at nearby Pinewood Studios

This is the moment a gang used a JCB digger to ram-raid a Co-op and make off with a cash machine – after stealing the high-powered vehicle from the Jurassic World set at nearby Pinewood Studios.

The criminals, who struck on Sunday night, are understood to have hammered down the walls of the set at the famous Buckinghamshire studios before making off with several valuables, including the digger.

They then drove the stolen vehicle two miles to the Co-op in nearby Iver Heath and used it to smash through a wall and extract the cash machine, with photos taken the morning showing a huge hole in the shop front. 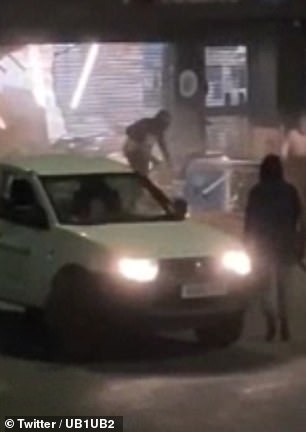 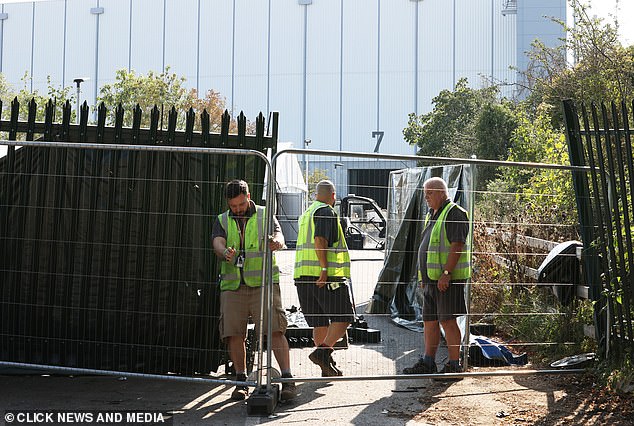 The set where Jurassic World was being filmed is understood to have held props from other films, such as Star Wars. It is not clear what else was stolen.

A source at Pinewood Studios said: ‘This was a major incident, and everyone is looking for answers over how it happened.

‘Pinewood is home to some of the biggest films on the planet and security is extremely tight – not to mention the fact there are major Hollywood stars working there all the time.

‘But this gang seem to have been totally fearless, they were armed and have smashed their way through the fences and straight onto the sets where they film Jurassic World and recently made Star Wars.

‘They’ve helped themselves to some valuable items – supposedly a pick-up truck and a JCB which is used to move the sets around, and then smashed their way back out before ramming into a nearby shop and stealing the cash machine.

‘It’s a real nightmare for the studio and everyone working there.’

Police have been informed and sent CCTV of the incident and are now hunting the gang.

It is the latest blow to filming at the complex, which has been hit by several problems in recent years. 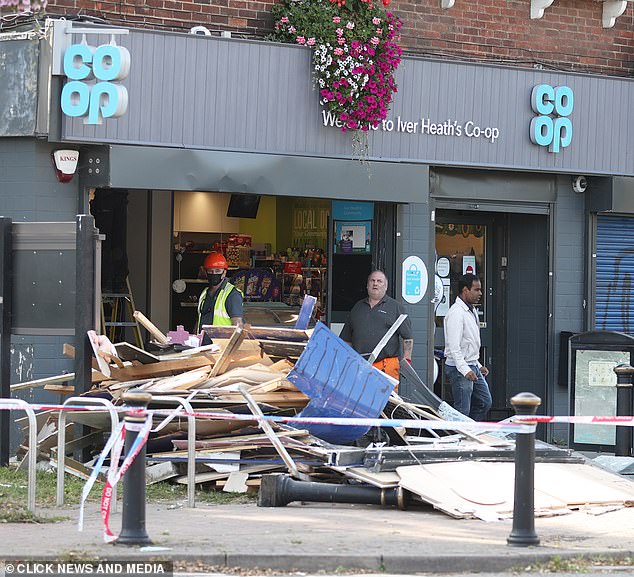 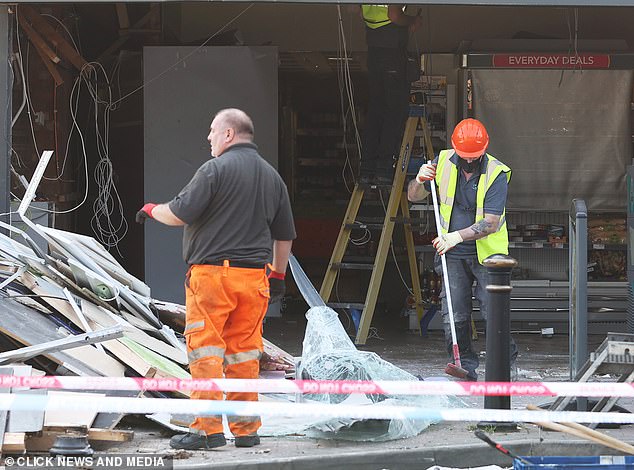 In March, filming for Jurassic World and Star Wars had to be temporarily suspended because of the Covid pandemic, although it has since continued.

And last year there was a fire on the set of James Bond after three explosions caused by an accident with stunt equipment. One person was believed to have been seriously injured.

A spokeswoman for Pinewood confirmed the most recent incident, saying that bosses are now assisting police to find those responsible.

The Co-op store has since reopened, and a spokesman said: ‘We can confirm that there was a ram raid incident at our Iver Heath store in Slough in the early hours of Monday morning (21 September).

‘Fortunately no store colleagues or customers were present at the time.

‘CCTV has been shared with the police, who are investigating, and we would ask anyone with information about the incident to come forward. The store has reopened to serve the community.’ 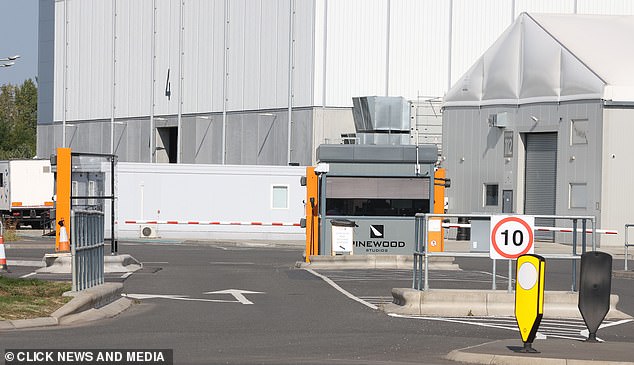 A view of the Pinewood studios, where some of Britain’s most high-profile films are made