By Tommy Taylor For Dailymail.Com

A military tr4aining jet crashed into a residential area of Lake Worth, Texas, on Sunday morning, leaving three homes damaged and two pilots injured after they ejected from the plane – with one in critical condition after  landing on power lines.

The pilots, an instructor and a student, were using the aircraft as part of a military training course near Corpus Christi International Airport. The instructor pilot was in stable condition after being ejected in the neighborhood.

A witness told CBS11 that the student pilot was engulfed in flames before he hit the powerlines.

Video footage posted to Facebook showed the parachute wrapped around the overhead cables.

Debris damaged three Lake Worth homes with the plane being found in one of the backyards.

The aircraft was a Navy T-45C Goshawk jet trainer aircraft that was assigned from Training Air Wing 2 at Naval Air Station in Kingsville, according to a statement from Chief of Naval Air Training. 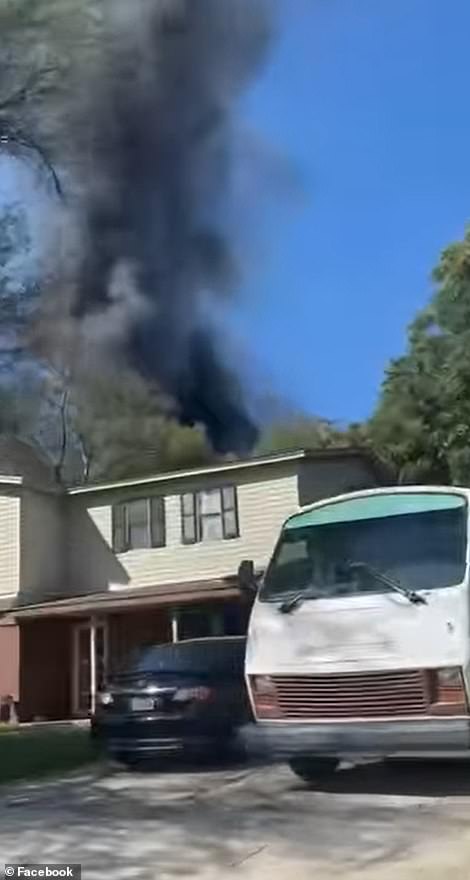 Traces of thick black smoke rising from the crash was seen behind residential homes in Lake Worth, Texas 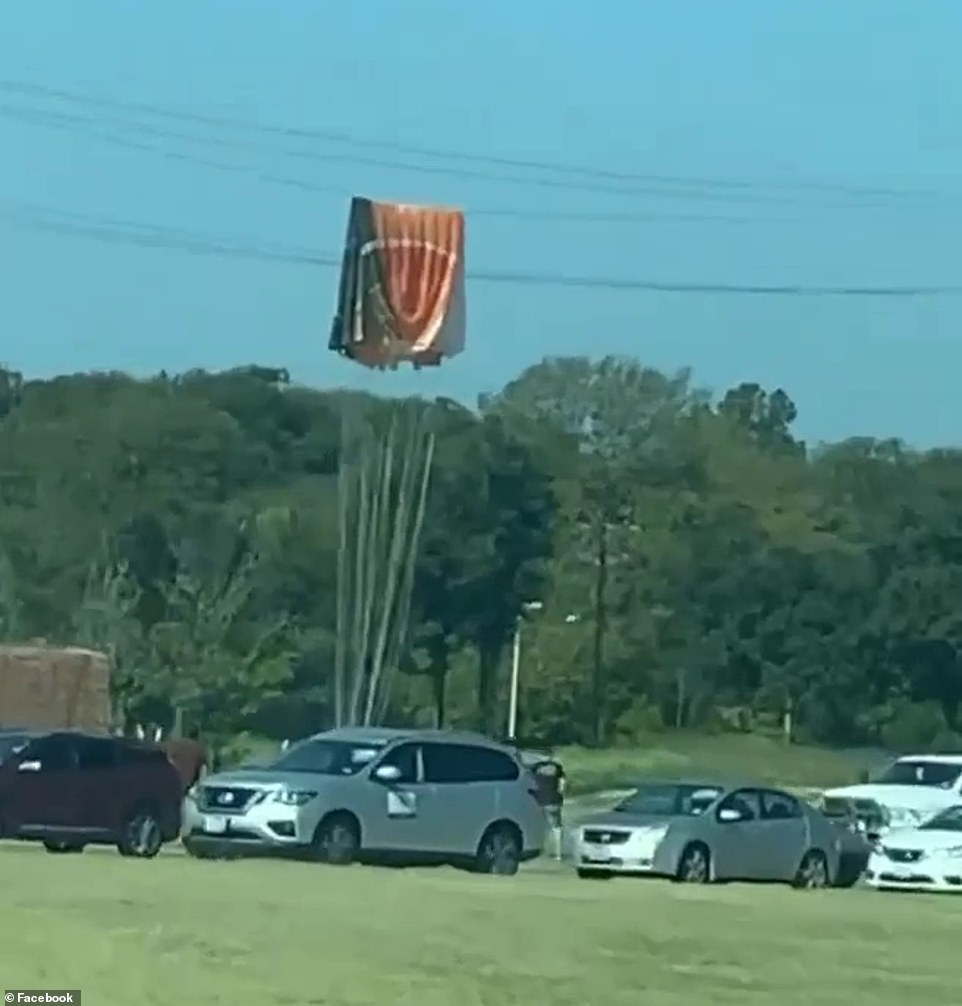 One of the pilots was reported to be in a critical condition after landing on power lines. A witness posted video footage to Facebook showing the parachute wrapped around the overhead cables 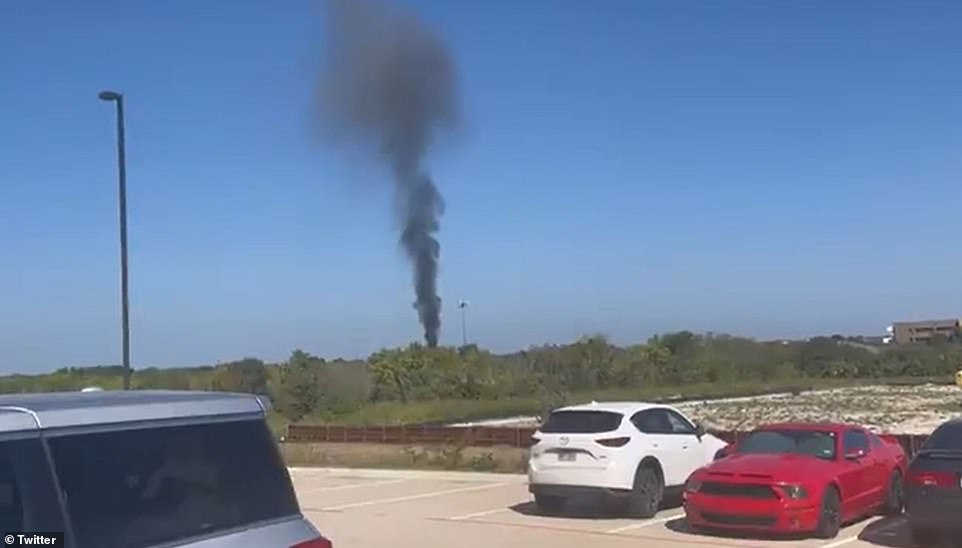 The names of the pilots have not yet been released and the cause of the crash is currently unknown.

Officials said the pilots were conducting a routine training flight that originated from the Corpus Christi International Airport, about 350 miles south of Lake Worth along the Gulf Coast.

The Fort Worth Fire Department and Lake Worth Police Department arrived at the scene as locals reported seeing the pilots in parachutes before the aircraft crashed down between the 4000 blocks of Tejas Trail and Dakota Trail.

The neighborhood affected by the crash is near the Naval Air Station Joint Reserve Base in Fort Worth, a location in which a lot of planes take off and land. 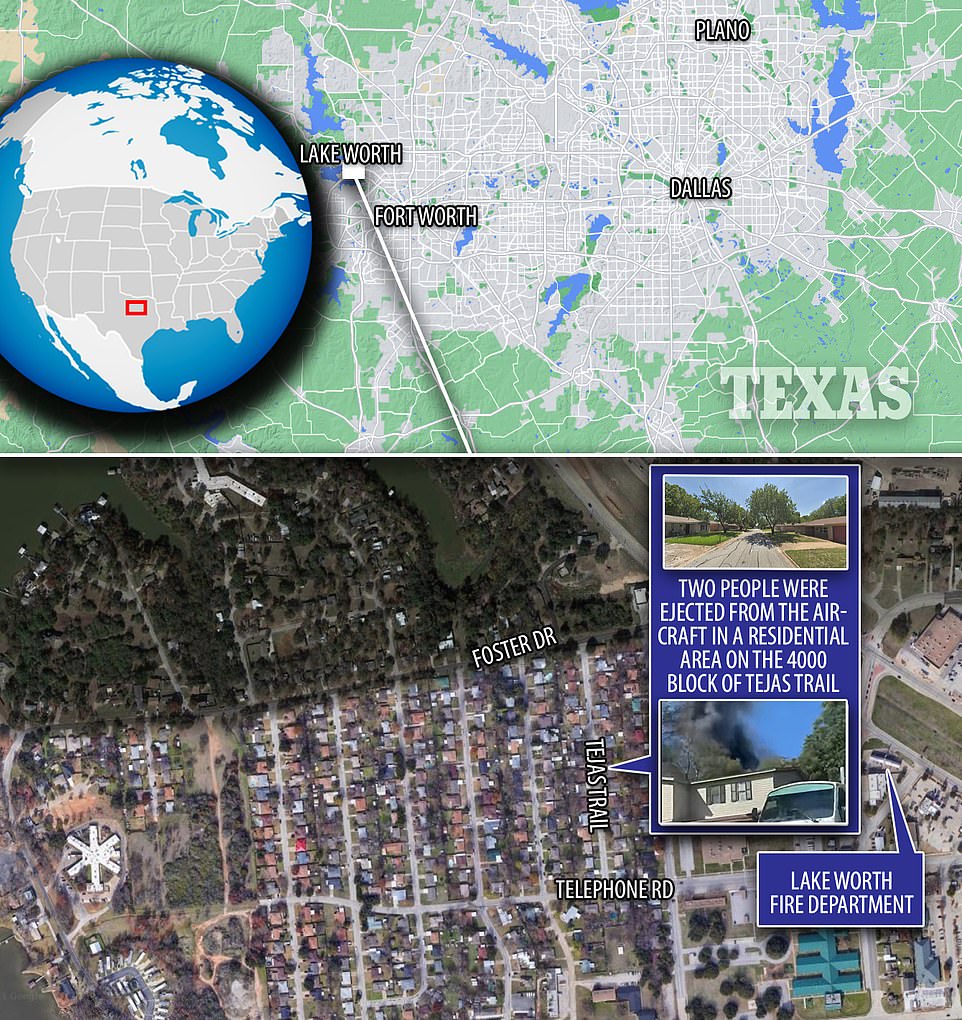 Two pilots, an instructor and a student, were ejected from the aircraft while on a training course that originated from Corpus Christi International Airport 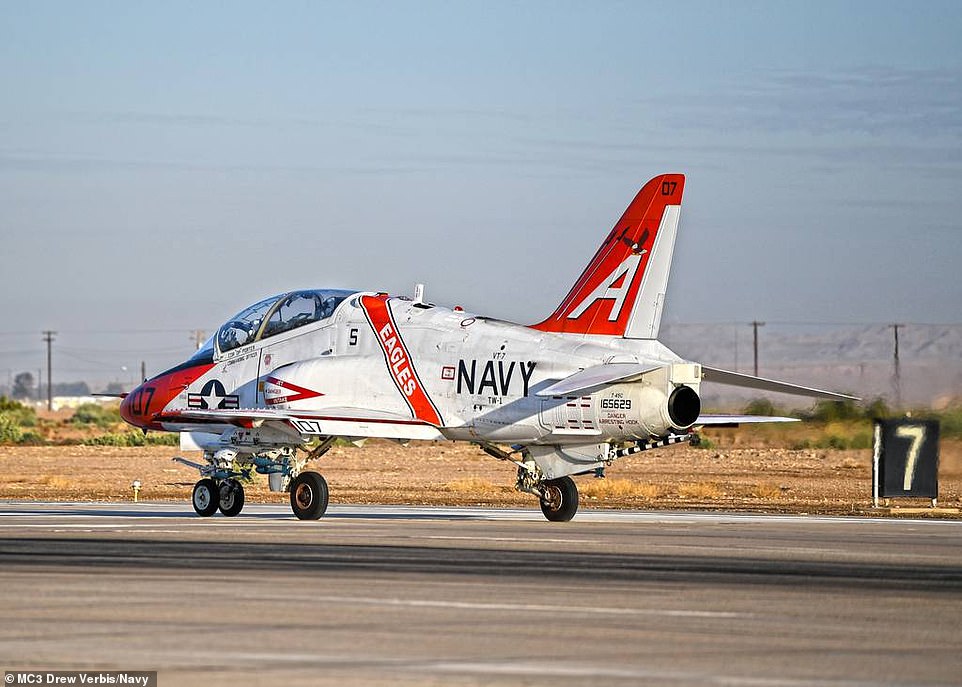 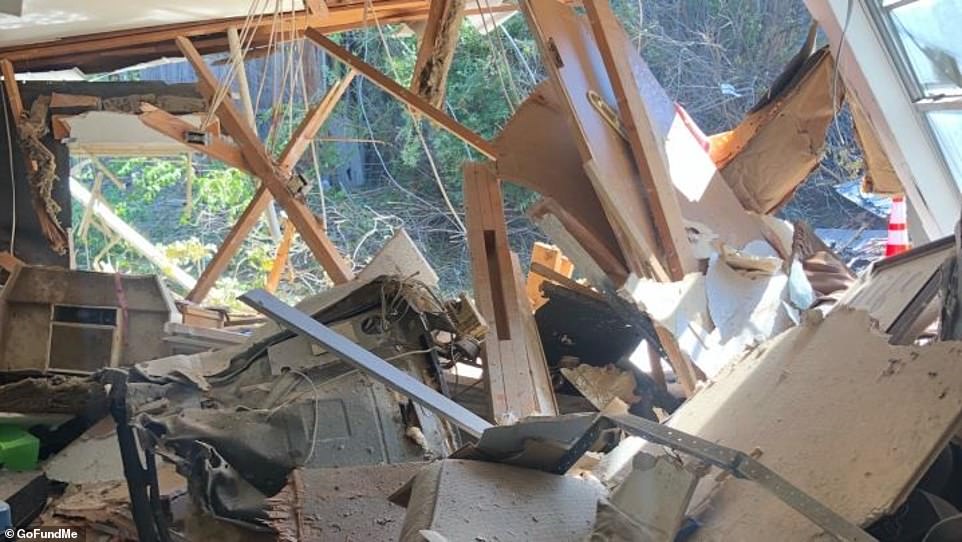 Wreckage from the aircraft was found in three of the homes in which residents were evacuated out by Red Cross members.

None of the residents were seriously injured.

‘This incident could have been much worse knowing this plane went down in a residential area here in Lake Worth,’ Lake Worth Fire Chief Ryan Arthur said.

Electrical outages have also been reported within the area with the power possibly being out for the next few days.

A video posted by Chasity Benne on Facebook captured smoke rising from the crash and a parachute caught on a powerline.

‘My hands are shaking,’ Benne said as she seen driving near the scene of the crash. 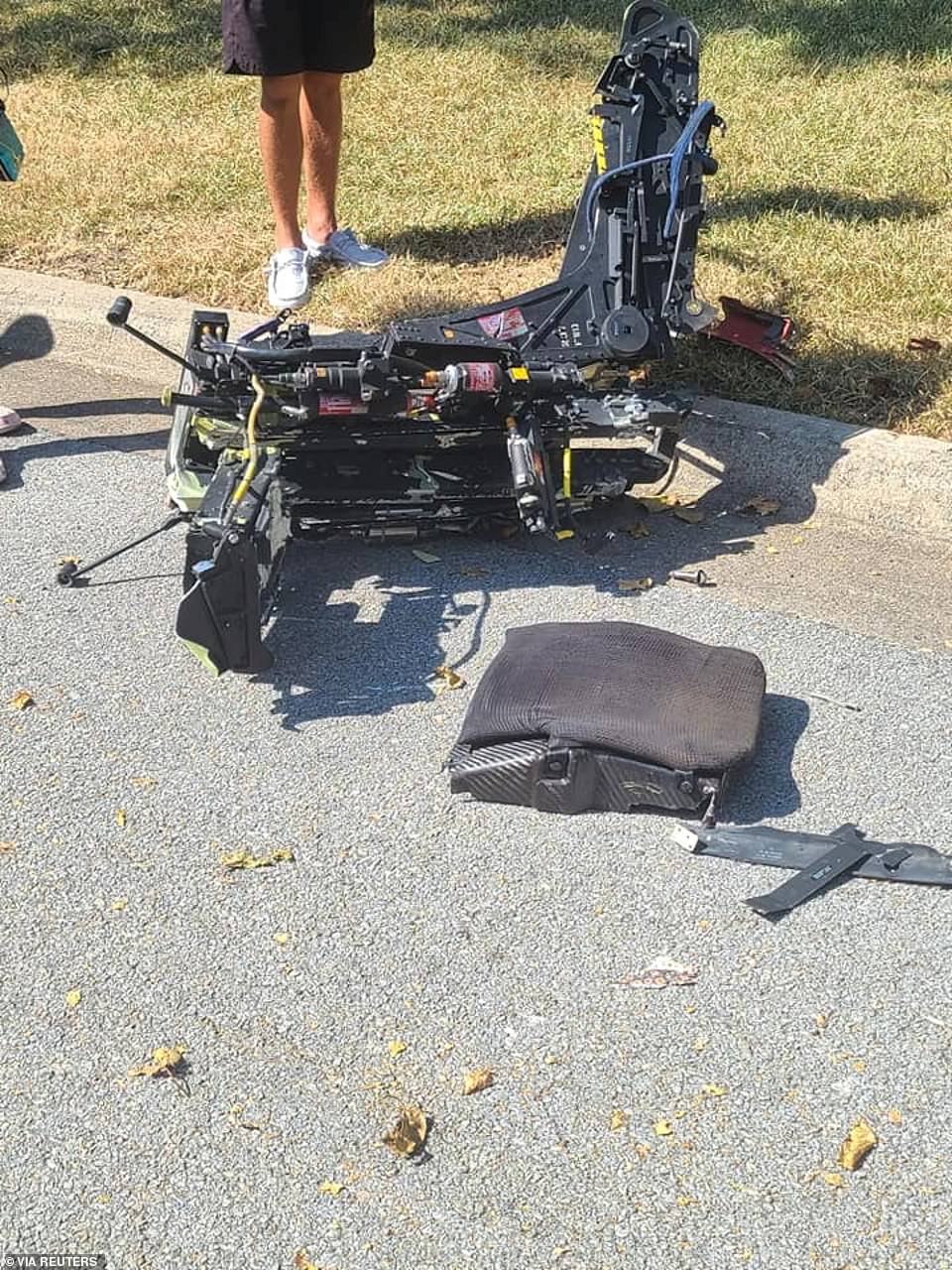 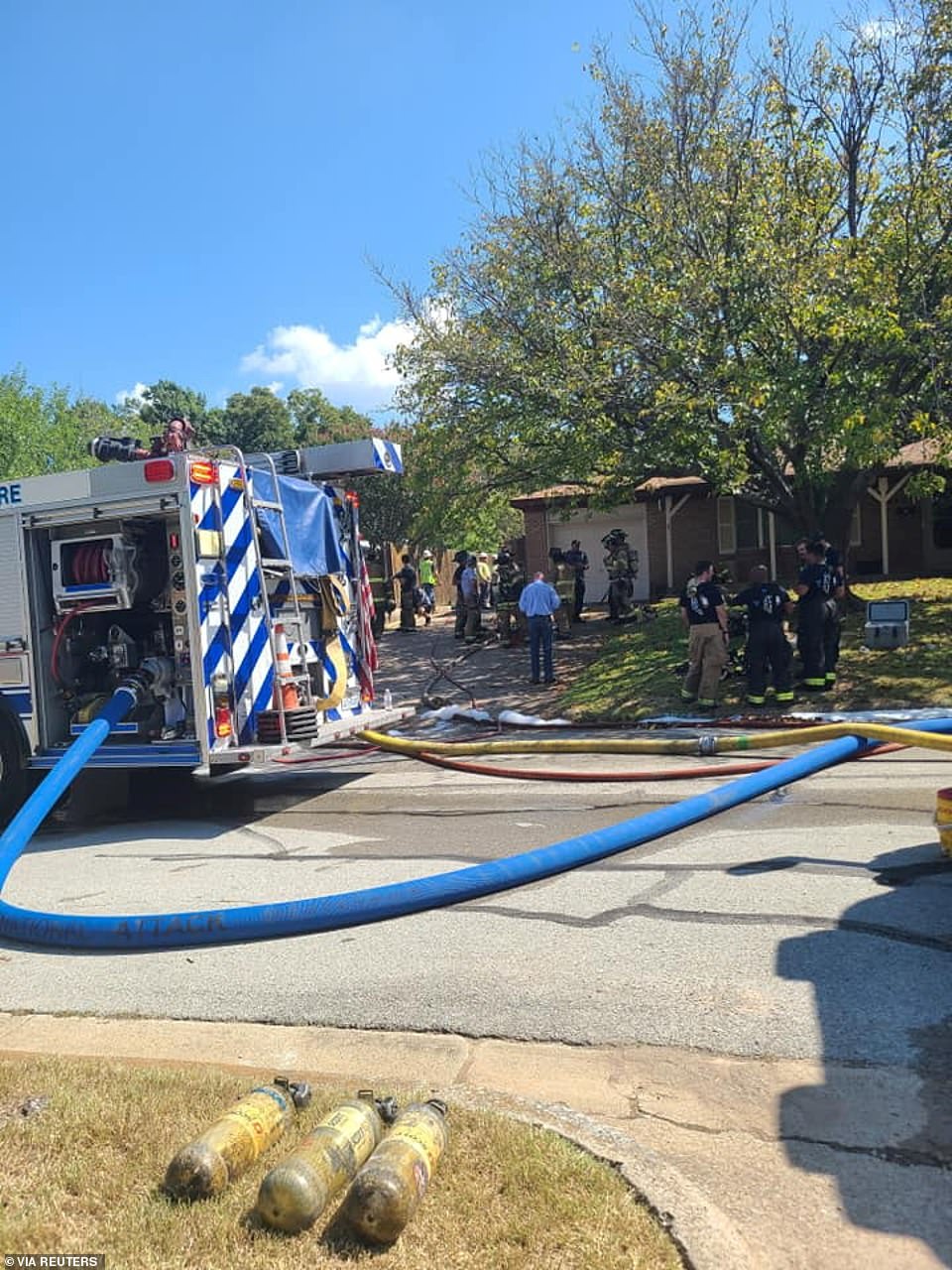 First responders, such as the Lake Worth Police Department and the Fort Worth Fire Department, arrived at the scene of the crash 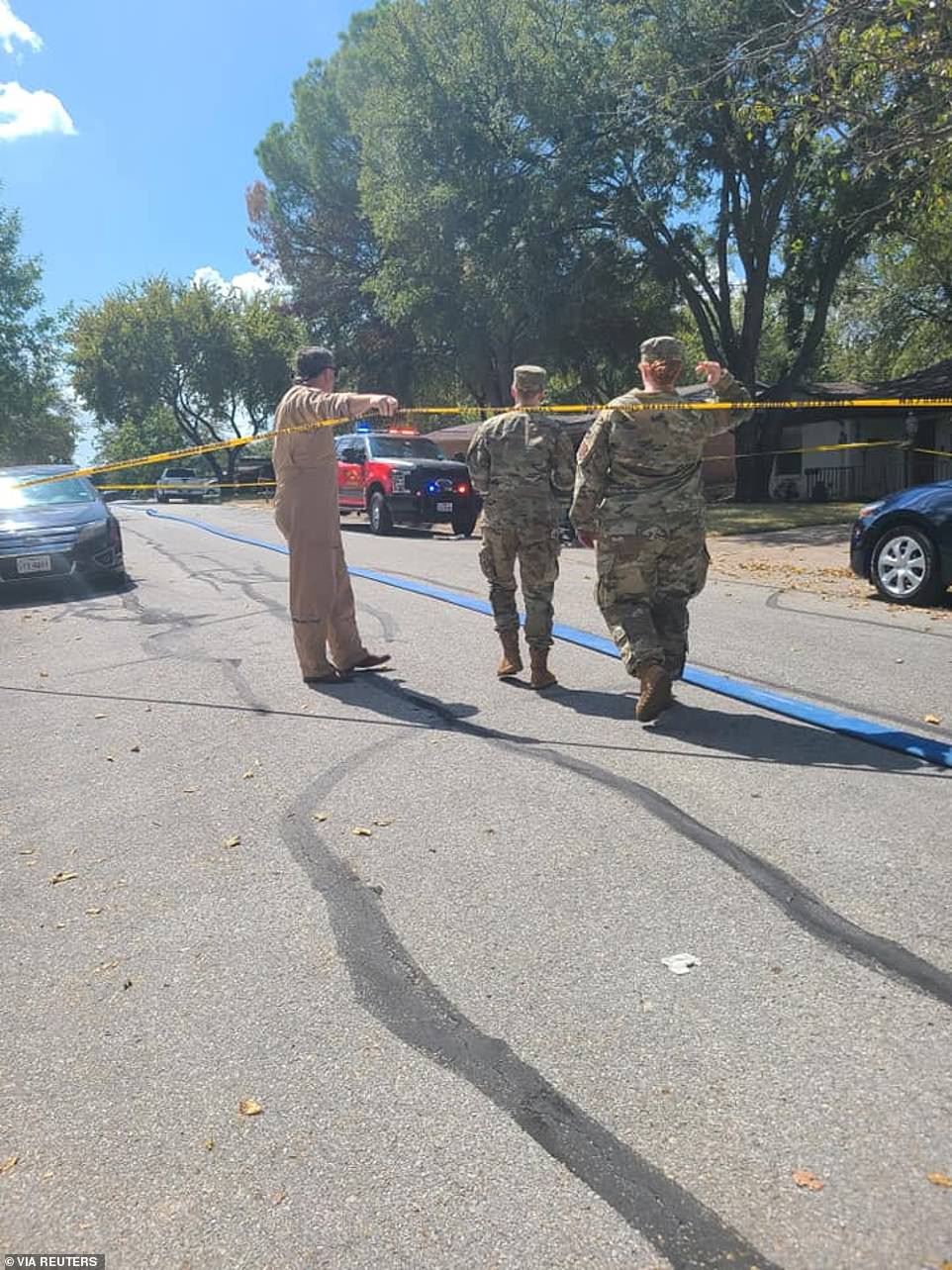