Could this be a cure for PTSD? Pill that could treat the disorder shows promise in animal trials as US Army and Air Force help fund the research

By Mansur Shaheen For Dailymail.Com

A pill that could treat post-traumatic stress disorder (PTSD) has shown promise in animal trials.

Current treatments for the condition, which affects one in 11 Americans, include electronic brain stimulation and potentially even using hallucinogens.

But biotechnology company Neurovation Labs is hoping to develop the first drug for the condition.

The pill will be less invasive than these types of treatments and may be easier to access for many.

The New York City-based firm has received funding from the U.S. Army and Air Force, and the military branches hope to develop stronger treatments for the condition that affects more than one out of every ten service members.

Neurovation Labs are developing a potential PTSD treatment that works in pill form that showed promise in mice in clinical trials and have received funding from the U.S. Army and Air Force

Dr Jennifer Perusini, founder of the biotechnology company, told Defense One that PTSD has a biomarker called GluA1 that can be created by the brain when it goes through trauma.

Perusini trialed an experimental drug on mice as part of her doctoral thesis at the University of California, Los Angeles, and found that it had promising results.

She found her medicine could block out GluA1 in model mice when they experienced frightening stimuli.

The mice would still feel some anxiety and react properly to situations where they were actually threatened, though, meaning they still had a proper level of fear.

Her drug’s promise earned her attention from the U.S. military, and both the Air Force and the Army funded further research – the latter of which gave her $145,000 through its xTech program.

The military’s investment spawns from the amount of service members who end up suffering from the condition. 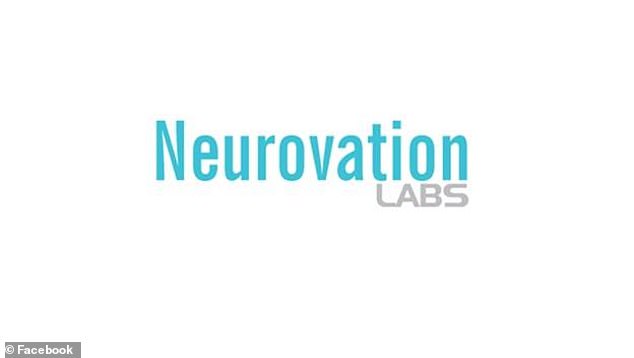 According to data from the U.S. Department of Veterans Affairs (VA), between 11 to 20 percent of veterans who served in the Iraq War have PTSD.

Around 12 percent of veterans of the Gulf War were found to have the condition as well as 15 percent of Vietnam War veterans, according to the VA.

The condition often occurs after a person undergoes an extremely traumatic experience.

While PTSD is most well known for appearing in military members, anyone can develop the condition after suffering a traumatic event.

Other common causes are experiencing a sexual assault, witnessing a serious crime, car accidents or suffering through a disaster event.

Those who have PTSD will often have anxiety, social withdrawal, have trouble sleeping and even potentially have lasting guilt from the event.

Certain triggers can even force a person into mentally reliving the traumatic experience.

There is also a known link between suffering from PTSD and dying by suicide, though there is no concrete data on how many deaths the condition causes every year.