EXPRESS INFORMER > News & Politics > PICTURED: Mother whose house was demolished after it was ‘deliberately’ rammed by a Stobart lorry

This is the young mother whose home was demolished when a truck driver is alleged to have deliberately smashed his articulated lorry into it, MailOnline can reveal.

Sara Cassidy, 33, lived in the house in East Kilbride, Scotland with her young two sons until Monday night when their property was hit by an Eddie Stobart.

Derek Wellington, 33, has been charged with a number of offences including culpable and reckless conduct to danger of life.

Sara Cassidy (pictured), 33, lived in the house in East Kilbride, Scotland with her young two sons until Monday night 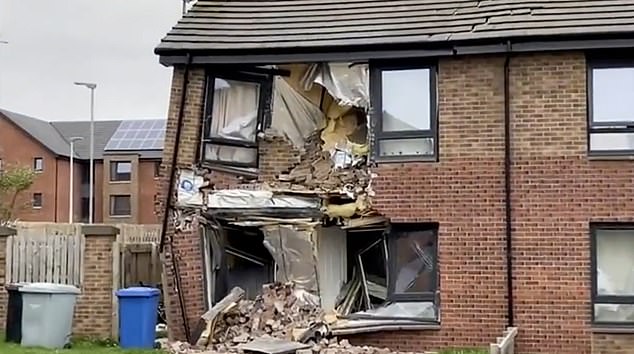 A Stobart lorry driver ploughed into the house in East Kilbridge, Lanarkshire, shortly before midnight on Monday 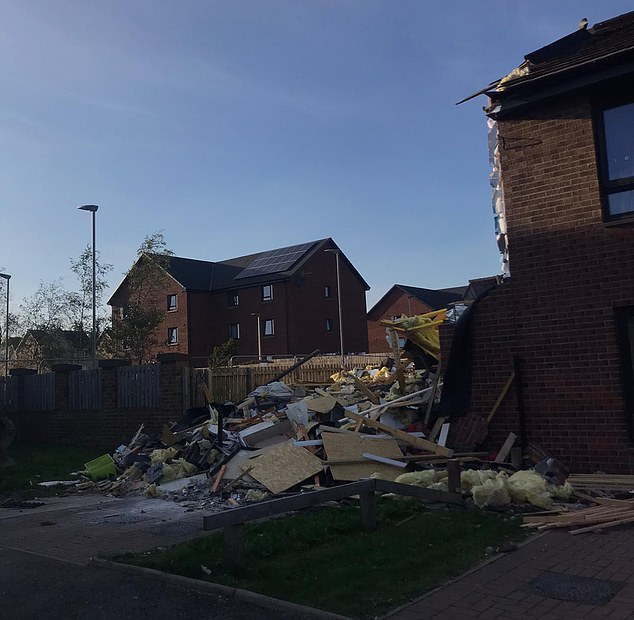 It’s unclear what caused the driver to plough into Ms Cassidy’s home, which is now a pile of rubble after it was demolished.

Wellington, who lists himself as a Glasgow Rangers fan on his WhatsApp profile, allegedly used the long vehicle to reverse twice into the house.

He is waiting to appear at Hamilton Sheriff Court on petition over whether he will remain in prison or be released on bail.

Shocked neighbours said they saw the truck drive into their quiet residential cul-de-sac at around 11.20pm on Monday night.

Wellington allegedly positioned the HGV in order to reverse into the house on Lancaster Crescent. 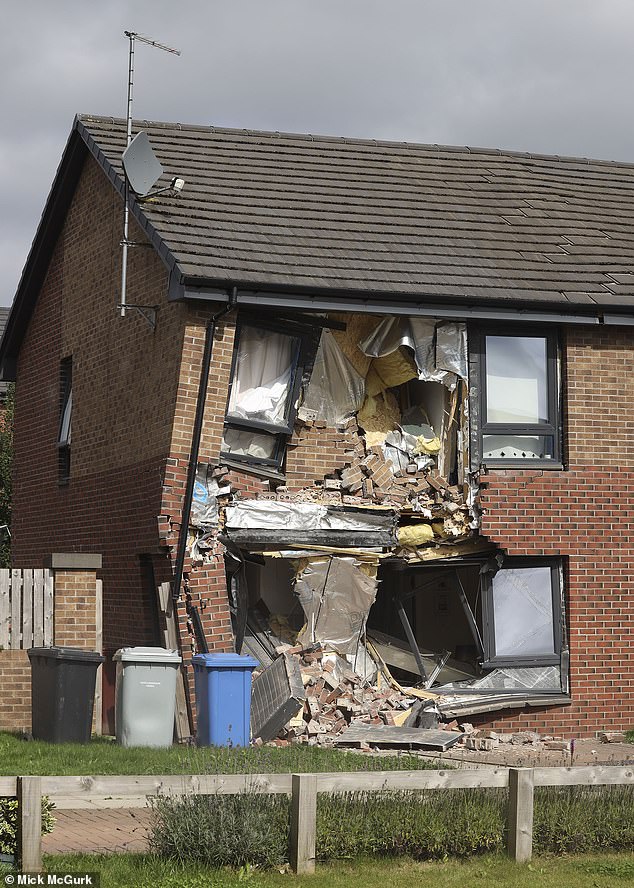 CCTV also captured the vehicle, which sported the Eddie Stobart livery, in front of the property.

It then reversed into the front of the house at speed.

Children, aged 11 and 14, who had been relaxing in their bedrooms at the time, were screaming for help.

Neighbours who heard the commotion rushed outside to try to get the family to safety.

One local, who asked not to be named, said: ‘Nobody knows really what happened. A home is supposed to be your castle. 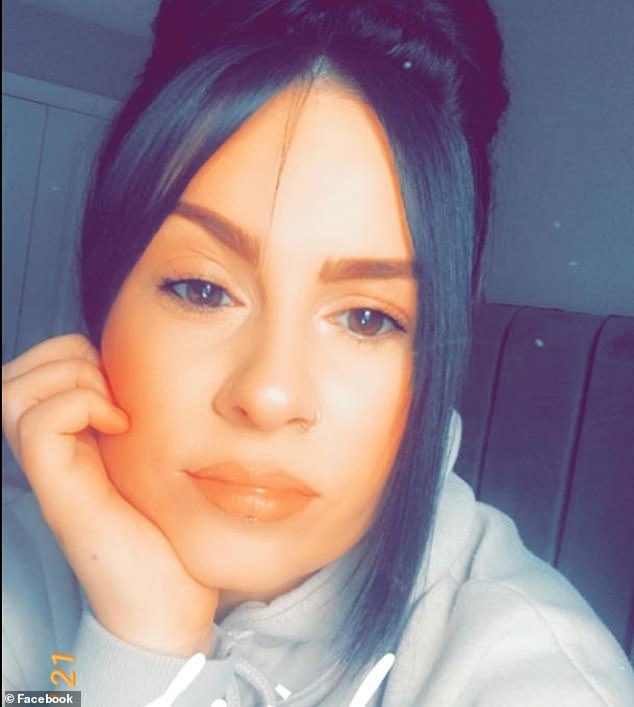 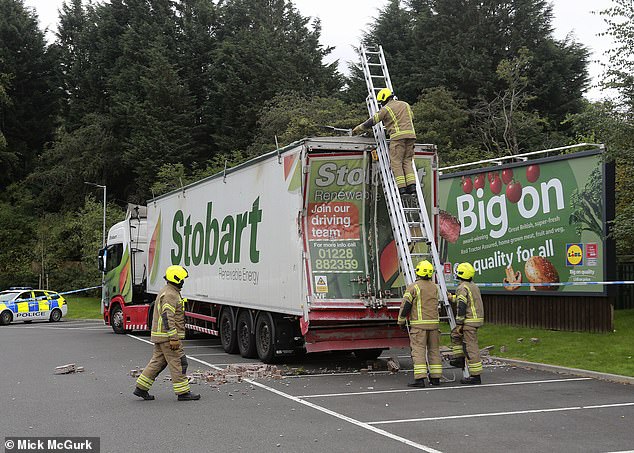 ‘It’s terrifying to think that one minute life is rosy and the next everything you’ve gathered to make a home out of is eliminated.’

The house has been demolished and neighbours have been moved out after properties were deemed unsafe.

Yesterday, Mailonline told how a local scoutmaster and schoolteacher, Allan Reddick, 37, raced to the house seconds after the destruction and helped rescue the children before the house collapsed.

The schoolteacher grabbed a ladder to help the two children escape from the damaged house through an upstairs bedroom window.

He said: ‘As soon as I heard the crash I ran out of the house and went into help mode, thinking let’s get the kids out.

‘My wife and I were up and out within a minute. She was straight on the phone to the police and I went straight out to save the kids. 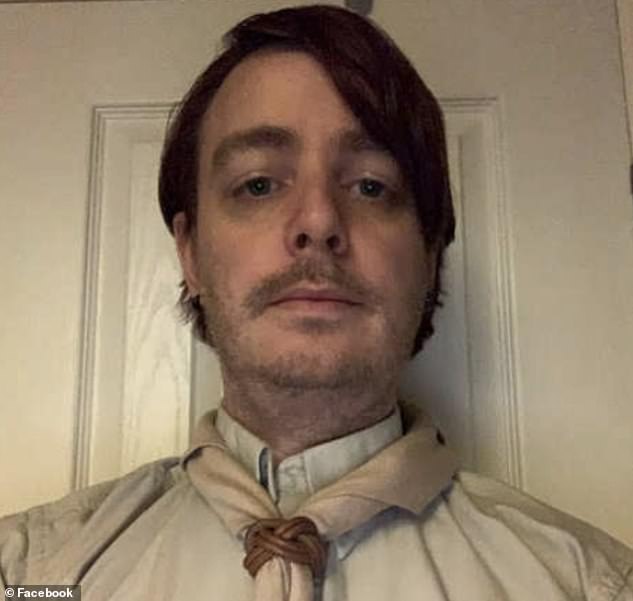 ‘Anybody would have done it in my opinion. It was shocking what happened.’

Mr Reddick said he and another neighbour immediately feared the house would collapse and tried to save the children.

He said: ‘I went into autopilot mode and helped. I didn’t go into the house because I didn’t think it was safe.

‘One of the other neighbours got a ladder and we helped the kids out of the back window. It was at an angle that way, we didn’t know how long the house was going to stay standing.

‘The kids were on the second floor in the bedroom. I think one of the kids was on the Playstation, the other I think had been asleep.

‘It was two young kids of 11 and 14. They were really shaken up and their mum was at home.

‘After I got the kids out, I saw the police arrive and it was no longer up to me. I left and went back to my bed.’

The front of the house was badly damaged with walls knocked out and windows smashed.

It was demolished on Tuesday and a second home next door is also set to be demolished.

Mr Reddick has yet to hear from the family of the children.

He said: ‘I don’t know the family very well at all. I haven’t been able to speak to the family because as soon as the police arrived I came away from the scene and let them deal with it. 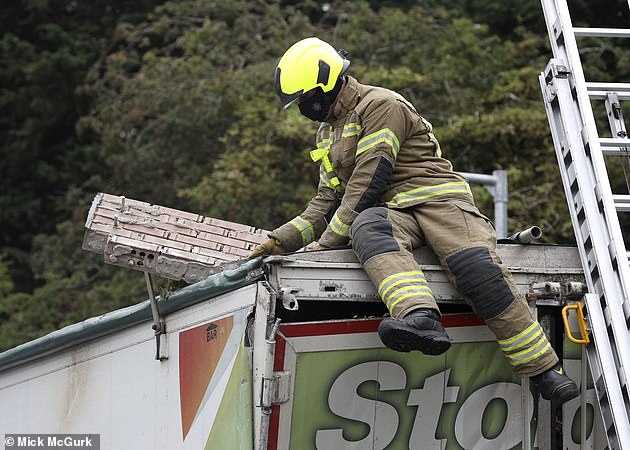 ‘I’m not looking for thanks. I’m going to be really honest. That’s not why you do things.’

Another local, who preferred not to give his name, said: ‘The houses on the street had to be evacuated. The building was hanging by a thread when Allan ran to save those kids. He’s done his good deed for the year let alone the day.’

Wellington has yet to enter a plea to charges made against him.

The charges include Culpable and reckless conduct to danger to life, dangerous driving (Road Traffic Act S2) and Assault To Danger of Life as well as breach of the peace (S38).

He has been committed for further examination and has been remanded in custody ahead of his next appearance due to take place within eight days.