A mother-of-two who was beheaded in broad daylight has been identified, with her ex-boyfriend arrested in connection with her death.

Karina Castro, 27, was beheaded with a sword outside her Bay Area home on Thursday as shocked neighbors watched the terrifying scene unfold.

Her two daughters, aged 7 and 1, were inside the home and did not witness their mother’s brutal murder that morning.

Landaeta is the father of Castro’s 1-year-old daughter, authorities say, but she was granted a restraining order against him in April.

Castro’s family now say Landaeta is a diagnosed schizophrenic with a history of drinking on his medication, whom they warned Castro to stay away from.

He allegedly left the scene of the crime on Thursday, only to return minutes later when cops were on the scene of Castro’s San Carlos home.

Landaeta is scheduled to be arraigned in San Mateo Court on Monday.

Karina Castro, 27, was beheaded with a sword outside her Bay Area home on Thursday as shocked neighbors watched the terrifying scene unfold 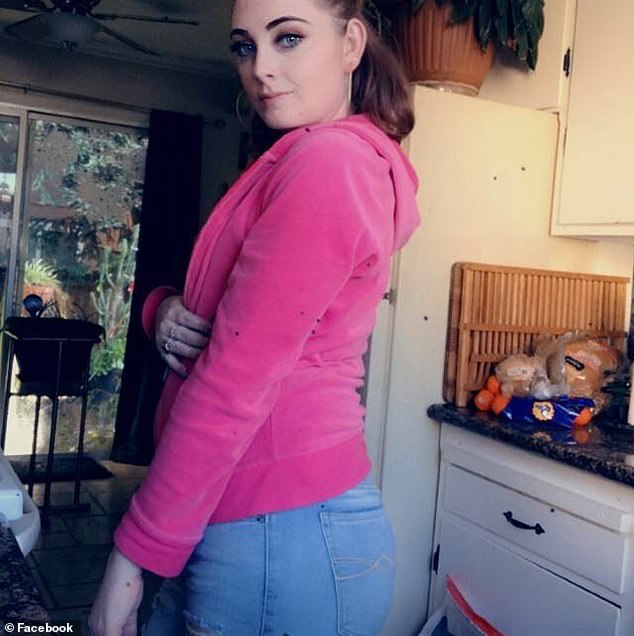 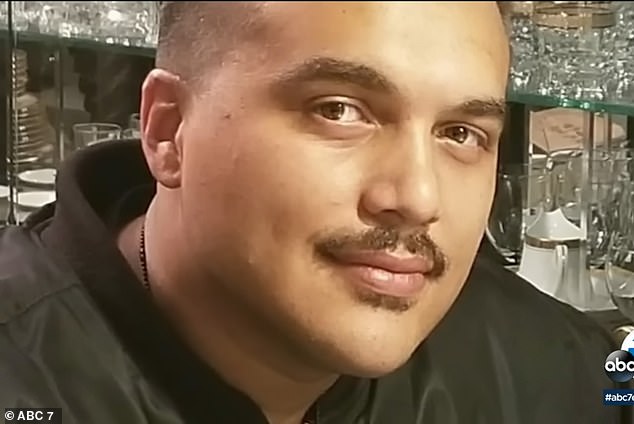 Castro’s ex-boyfriend, 33-year-old aspiring rapper Jose Raphael Solano Landaeta, was arrested in connection with her death. He is scheduled to be arraigned in court on Monday

Castro’s family is now speaking up about her apparently abusive relationship with Landaeta, saying they had been worried about it for years before her death on Thursday morning.

Her father, Marty Castro, told ABC7 how he took every chance to try to stop her from seeing him, saying: ‘Every time I saw her, I would beg her, “Don’t talk to him, leave him.”

‘And it seemed like the more I did that, the more she would see him.’

He and the victim’s grandmother, Danielle Gannon, described Castro as an independent woman.

She had attended Menlo-Atherton High School, from where she earned her GED, and was working as a Door Dash driver at the time of her death.

Castro was ‘determined to raise her daughters on her own,’ Gannon said.

But she apparently faced some problems in her relationship with Landaeta, whom Gannon alleged ‘is a diagnosed schizophrenic on  meds.’ She claimed he ‘would use that as an excuse for his behavior.

‘He drank excessively and you’re not supposed to do that on those kinds of medications,’ Gannon explained.

Marty is now warning parents: ‘If there’s somebody out there abusing your daughter, don’t take off. Don’t let it go. Don’t take “no” for an answer.

‘You will feel responsible no matter what anyone says.’ 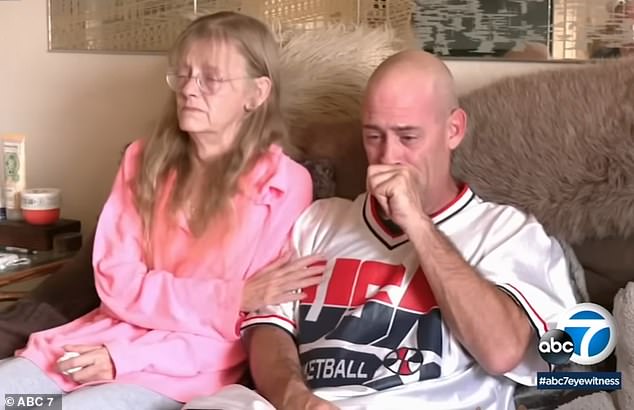 Castro’s grieving father, Marty (right), and her grandmother, Danielle Gannon, have spoken up about her apparently abusive relationship with Landaeta

Meanwhile, newly-discovered Snapchat messages between Castro and Landaeta reveal that she had threatened to expose his alleged relationship with another man just moments before her death.

Landaeta then sent her threatening messages back in response, ultimately leading to the confrontation outside Castro’s home on Thursday morning, when her father says: ‘He got really mad, went to the trunk of his car, pulled out whatever it was and killed her right there behind her car.’

Neighbor Chapel Thorborne said he caught sight of the horrific scene from the steps of his home near the corner of Laurel Street and Magnolia Avenue, in San Carlos.

‘The head was underneath the car and she was laying in the back of the car- just severed,’ he told ABC.

Authorities say the murder took place at around 11.50am, and officers were on the scene within minutes.

Once there, they saw Landaeta and two friends returning to the victim’s home, where he was quickly arrested.

‘After he cut her head off, he came walking up, him and his two friends,’ Thorborne told ABC. ‘And they walked right by me and they arrested him.’

‘He was hurt, shocked, disappointed,’ he added about the suspect.

Police said they are still looking for the sword used in the beheading and an investigation is ongoing. 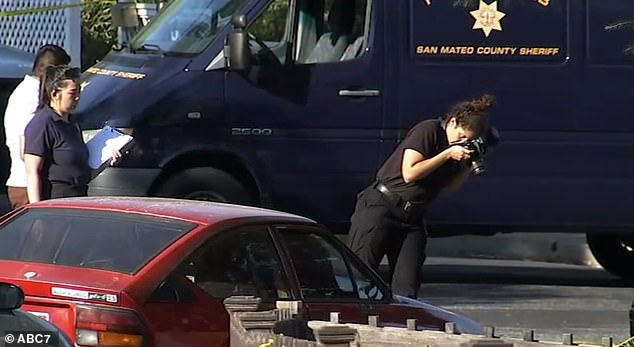 Authorities say the murder took place at around 11.50am, and officers were on the scene of Castro’s San Carlos home within minutes 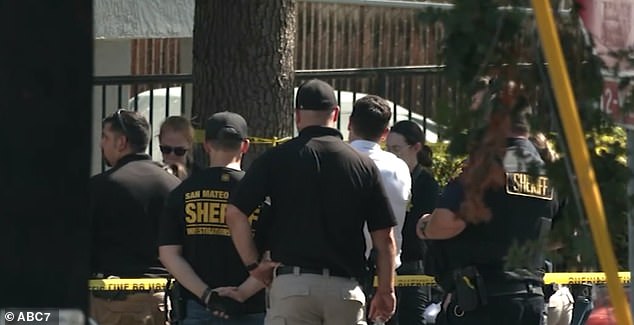 Once there, they saw Landaeta and two friends returning to the victim’s home, where he was quickly arrested

In the meantime, Castro’s family is fighting to get custody of Karina’s two daughters, who were put in the care of Child Protective Services in the aftermath.

‘I want those girls,’ Gannon told ABC7. ‘That’s what I want first, then I want Rafa to fry in jail. I don’t care what happens to him.’

Marty said he has also reached out to animal control to try to get custody of Karina’s dog and two cats, which were recovered from the scene.

And he set up a GoFundMe which had already surpassed its goal of $25,000 for Karina’s funeral as of Saturday.

‘Thank you, all this money will help [Karina’s daughters] and help us give my daughter a funeral to remember,’ he wrote on the online fundraiser Saturday.

‘I’m devastated, broke, empty and more hurt than I ever thought I could be by the situation,’ he added. ‘But thank you all for helping us.’