Pictured: The incredible ever-burning ‘fiery mountain’ that locals use as a handy barbecue

It’s definitely one of the country’s most mesmerising sights – a small hillside that continuously burns thanks to the igniting of escaping pyrophoric gases (those that combust when contact with air is made).

Unsurprisingly, it’s a phenomenon that’s most eye-catching at night. And it’s used by some as a handy barbecue.

Iran’s so-called ‘fiery mountain’ – Tashkooh – which is constantly ablaze. It is located in the western  Khuzestan province

The slope, called Tashkooh – which means fire mount in Persian – is located close to the city of Ramhormoz in Khuzestan province in the west of Iran.

Visit Iran says: ‘In this area, there are hills with holes in different parts like springs of which hundreds of flames come out.

‘The evaporation of natural gas from deep in the ground reaching the surface is the cause of fire flare.’ 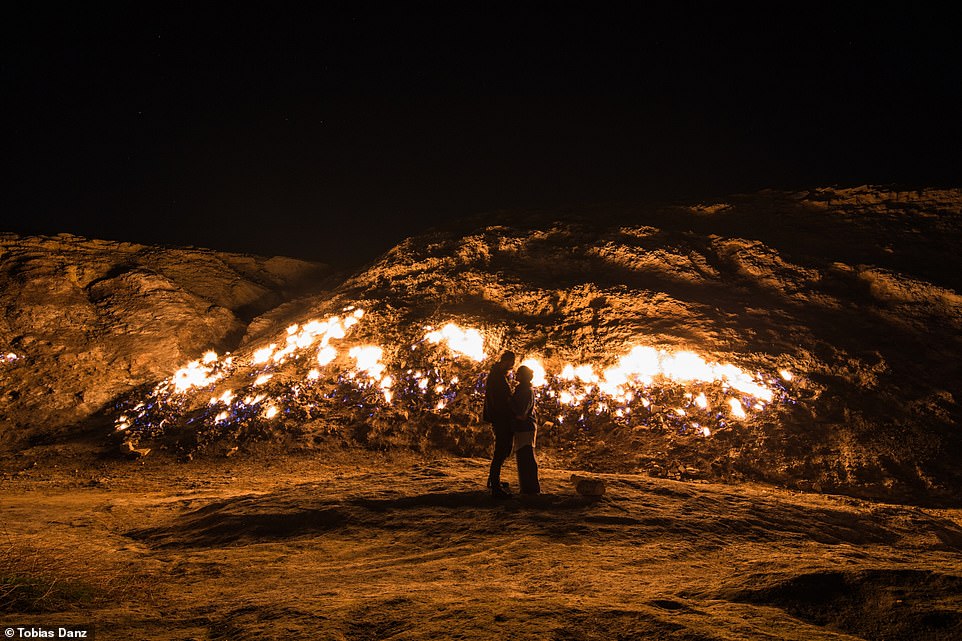 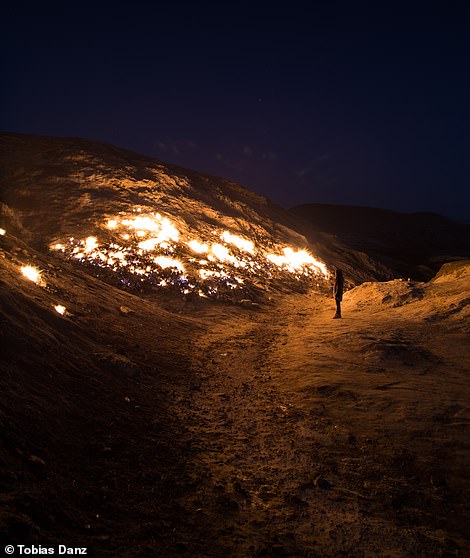 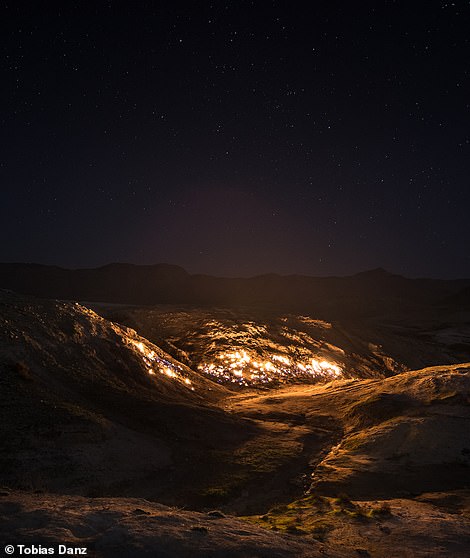 The area is deemed a national heritage site, but despite not being properly signposted, draws plenty of visitors.

And it is not uncommon to see people picnicking by the flames, and using them for cooking dinner.

However, visitors are warned not to ignite their own fires in the area due to the sheer volume of combustible gases in the air.

One tourist who has visited Tashkooh is German travel photographer Tobias Danz, who has posted incredible pictures of it on his Instagram page, @flyostrichfly. 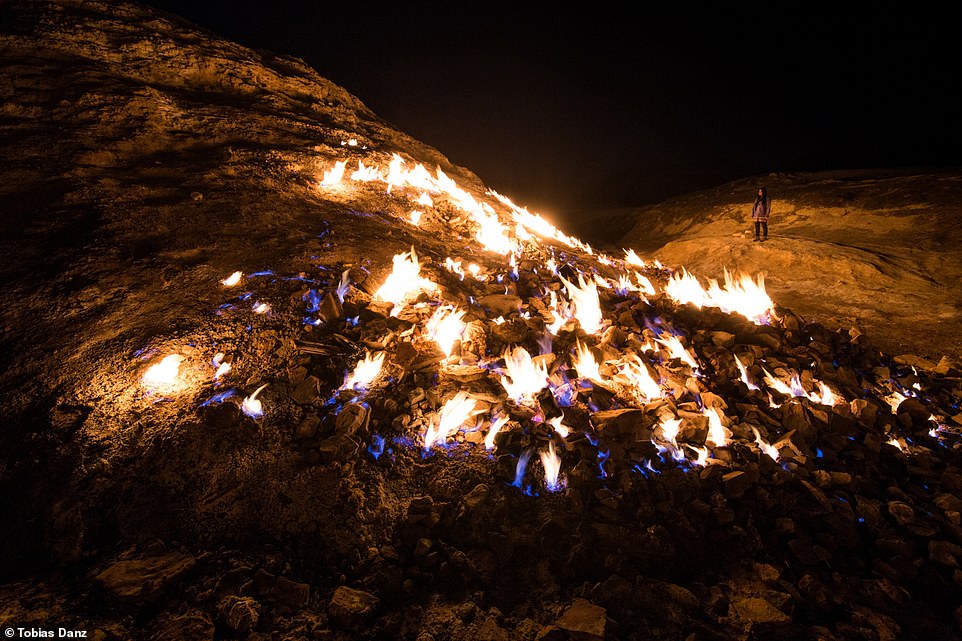 German travel photographer Tobias Danz, who has visited Tashkooh, said: ‘When we visited we were blown away by the smell of sulfur and hydrogen sulfide vapours rising from the porous layer of the surface’

Tobias, who lives in Vienna with his Iranian wife, told MailOnline Travel: ‘The name given to it by the locals is a little misleading. Tashkooh is not a mountain, more a small hillside next to the road in rural Iran.

‘When we visited, we were blown away by the smell of sulfur and hydrogen sulfide vapours rising from the porous layer of the surface.

‘Also, the heat close to the flames is intense – locals sometimes cook their food on it.’

He added: ‘It was one of those moments when nature left me speechless.’