Pictured: ‘Funny and polite’ five-year-old boy found dead in river as man, 39, woman, 30, and boy, 13, are held on suspicion of his murder

By Tom Bedford For Mailonline

A boy of five at the centre of a shocking murder inquiry has been named locally as ‘funny and polite’ Logan Williamson.

Two adults and a 13-year-old boy have been arrested on suspicion of murder after Logan’s body was found in a river near his home.

The fun-loving schoolboy was reported missing at 5.45am on Saturday morning and there were fears he had walked out of his house to the river nearby.

But police became suspicious after interviewing Logan’s family at their home in Bridgend, South Wales.

After stating that specially trained officers were supporting the family South Wales Police released a statement saying a 39-year-old man, a 30-year-old woman and a 13-year-old boy were under arrest on suspicion of murder. 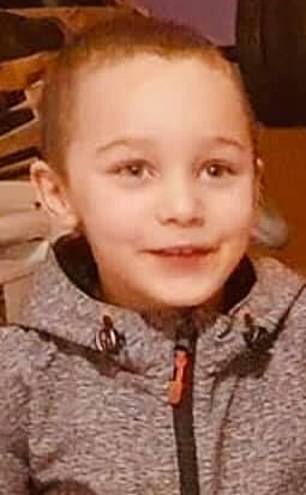 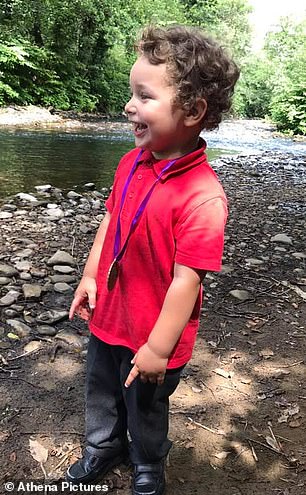 ‘Funny and polite’ Logan was found dead in the Ogmore River, near Pandy Park in Bridgend

They are being held at separate police stations and social services have been called in because of the age of the young suspect. The age of criminal responsibility in the UK is ten.

Logan was found dead in the Ogmore River, near Pandy Park in Bridgend where he loved to play with his friends.

Police and forensic officers have been searching the scene after the five-year-old was discovered in the water early on Saturday morning.

The murder investigation has shocked the community and police say they understand locals want answers about how Logan died. 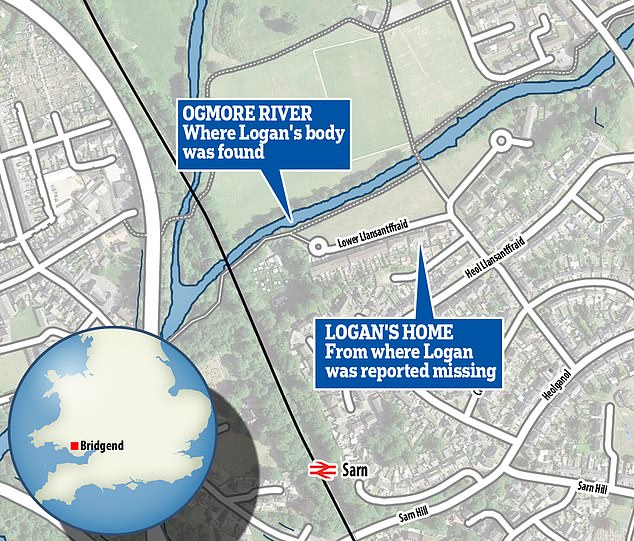 Police are seen after Logan was found dead in the Ogmore River, near Pandy Park in Bridgend 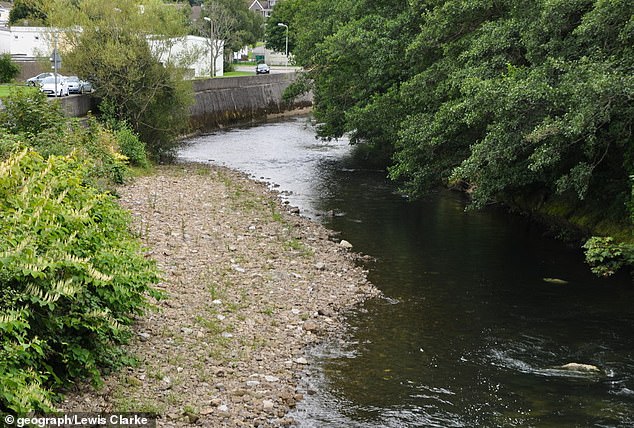 Officers were called at 5.45am on Saturday and the boy’s body was found in the River Ogmore

They have appealed for information from anyone who has information about the hours leading up to his tragic death.

Tributes have been made to the youngster, who loved Teletubbies and the Lion King, with flowers, teddy bears and other cuddly toys laid at the riverside park.

Family friend Rhiannon Hales said on Facebook: ‘He was a beautiful boy. He was kind, funny, polite, handsome and clever. He is loved unconditionally and has unfortunately lost his life.’

Another friend in Sarn, Bridgend, said: ‘Logan was the cutest kid, always smiling and a real bundle of energy. 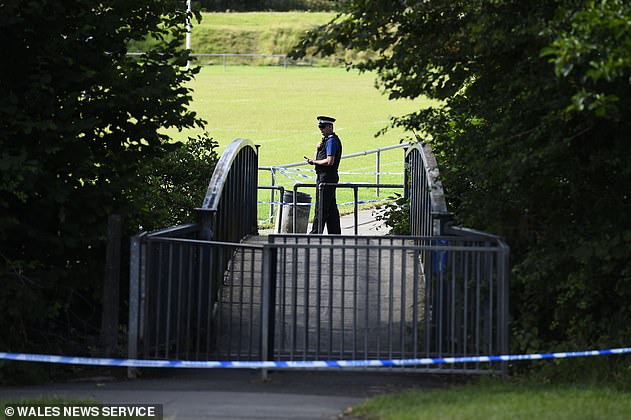 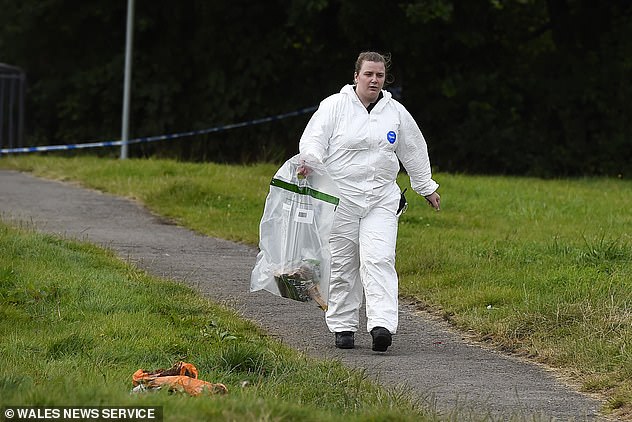 ‘Everyone is in a complete state of shock, we just can’t make sense of what has happened.’

Local school mothers asked people to pay their respects by placing teddy bears at a lamp post and footbridge in the park close to where Logan was found.

A South Wales Police spokesman said: ‘We can confirm that following reports of concerns for a missing five-year-old boy in Sarn, Bridgend, and the subsequent finding of the body in the Ogmore River near Pandy Park, three people have been arrested.

‘A 39-year-old male, 30-year-old female and 13-year-old male, all from the Bridgend area, have been arrested on suspicion of murder and are currently in police custody. We are not looking for anyone else in relation to this incident.’