A chilling ‘beware of the dog’ sign and a mangled kennel have been pictured at a farm where a three-year-old boy was mauled to death – as a hairdresser today claimed she was savaged by Tibetan Mastiffs from the same property.

Paramedics rushed to the area at Carr Lane, Milnrow, shortly after 1pm on Sunday to reports the youngster had been injured.

Chilling pictures of the scene showed ‘beware of the dog’ warnings plastered all over gates around the property.

The little boy was taken by ambulance to hospital where he was sadly pronounced dead. No arrests have been made at this stage and enquiries are ongoing to establish the circumstances.

Police say they have destroyed one dog and seized others, which had been with the boy before the nightmare unfolded.

MailOnline has learned a dog had attacked two female walkers in the area before – leaving one with horrendous injuries – but the owner has never been convicted.

Hairdresser Kia Walker, who  was just 19 at the time, said dogs ran out of a house and charged at her.

She told MailOnline: ‘I didn’t drop the investigation. I was told there wasn’t enough evidence.

‘I asked if there was anything else they could do and they said no because there wasn’t enough evidence. There were no signs when I was there.

‘I was on a public footpath. The gate was open and the two dogs came out and that’s when they attacked me. There were two Tibetan Mastiffs.

‘I was one my own and I had to climb along a wall to get away. I had to have surgery on my arm.’​ 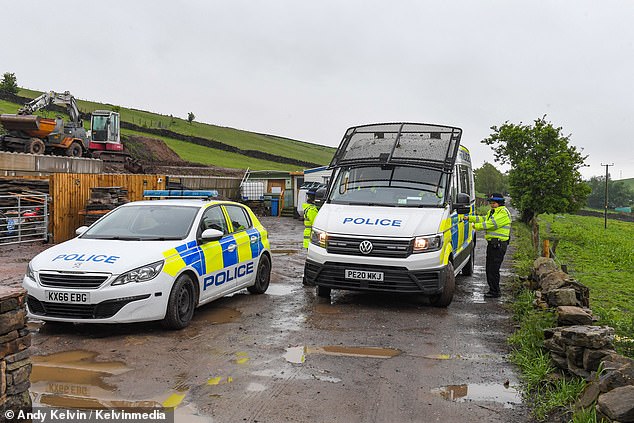 The  home in Milnrow, near Rochdale, Greater Manchester where a toddler, three, was mauled to death 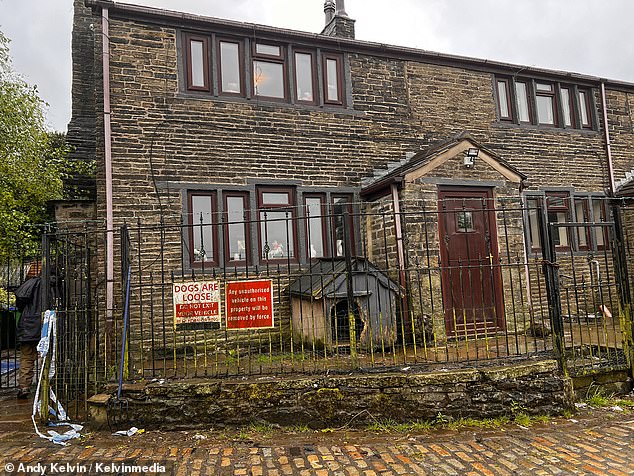 A relative added: ‘The dogs have charged towards her and ripped her arm.

‘He saw it all but ran back in the house. She said to him your dog has bit me and he was denying it saying no it hasn’t.

‘She jumped on this wall to get away from the dog and had a black out.

‘Luckily, a woman was up there walking as my sister had had this black out.

‘She stumbled across her and took her to hospital and rang my mum.

‘It traumatised her. The man that owns the dogs was denying but her arm was in two.

‘He must be breeding them, he has loads of them.

‘She used to go walking all the time but now she doesn’t. It was taken to court but then for some reason it got dropped and nothing was ever done with it.

The incident happened on April 10 last year and another woman posted online she too had been set upon in the same spot. 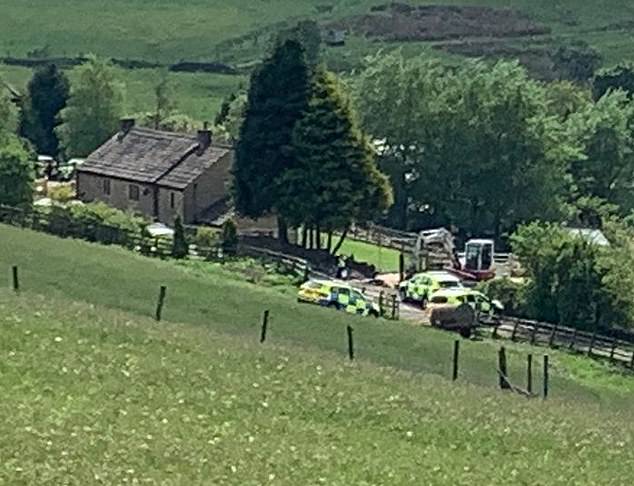 Paramedics rushed to the scene at Carr Lane, Milnrow, shortly after 1pm on Sunday to reports the youngster had been injured 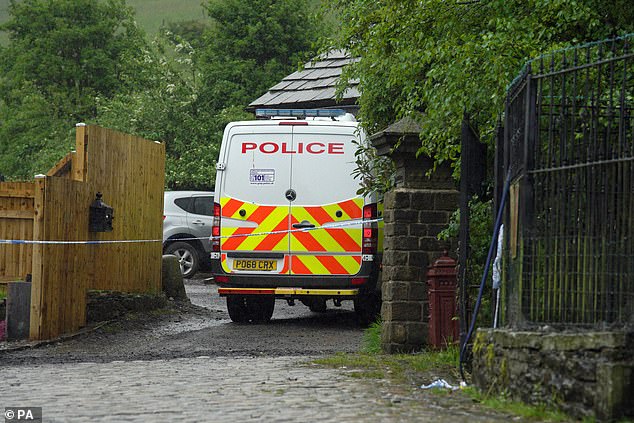 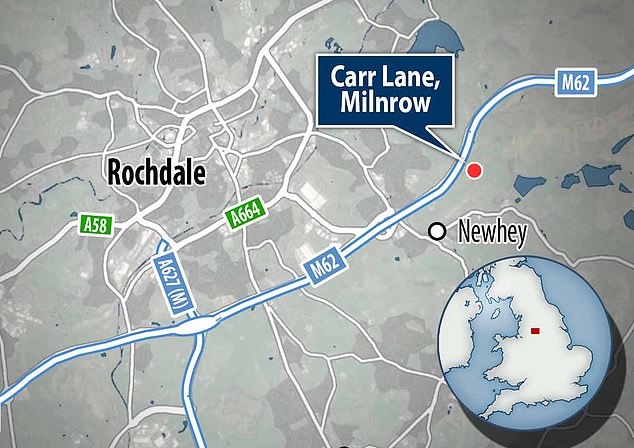 She said: ‘Absolutely heartbreaking. I knew this would happen one day.

‘The police are useless. I was attacked by one of this man’s dogs. I couldn’t walk for over a month.

‘The police did nothing. No further action letter I got. There were numerous times people have been bitten off different dogs up there. That poor little boy.’

Inside they discovered around £50,000 worth of farm and building machinery, which officers believed to be stolen, as well as two dogs that have been taken into care by the RSPCA.

Greater Manchester Police say a criminal investigation has been launched following the fatal incident this weekend.

Officers were called to the scene by paramedics at 1.15pm on Sunday. 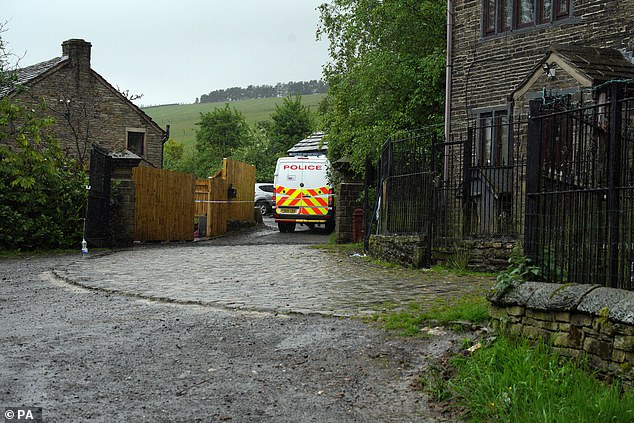 Officers were called at about 1.15pm on Sunday by the North West Ambulance Service after reports a child had been injured at Carr Lane 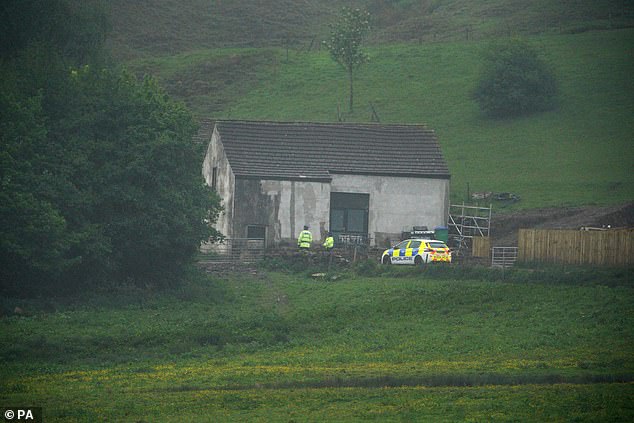 GMP Assistant Chief Constable Scott Green said: ‘Our thoughts, of course, remain with the loved ones of the young boy who so sadly died following yesterday’s incident. Specially trained officers have been deployed to support them.

‘A thorough investigation is ongoing to establish the full circumstances surrounding this incident and review other incidents of note. Due to previous contact, GMP’s Professional Standards Branch is making a referral to the Independent Office for Police Conduct.

‘It goes without saying that this news will have had an impact on the community. I can reassure members of the public that any criminal offences identified by our enquiries in relation to this incident will be dealt with accordingly by ourselves and our criminal justice partners.

‘We are aware of speculation on social media and ask that members of the public and the media refrain from engaging in speculation at this time until our investigation is complete and any subsequent criminal proceedings have concluded.’