By Samantha Lewis For Mailonline

In the American West, unsightly cell phone masts are being cunningly disguised so they blend in with their environments, as revealed in an intriguing new book by photographer Annette LeMay Burke.

In the foreword, Ann M. Jastrab, Executive Director, Center for Photographic Art in Carmel, California, says: ‘Initially what I saw were picturesque landscapes. But, wait, what was happening in these views? Something was amiss. There were giant saguaro cacti, palm trees reflected in crystal clear pools, and a towering pine tree in a barren desert. What was a pine tree doing in the middle of the Mojave Desert with not even a tuft of grass to be seen nearby? I looked a little closer. These weren’t real live trees at all…

‘I couldn’t help but laugh and look again, taking my hat off to the brilliant title as well. It became almost like a game of “Where’s Waldo?” in some images.’

Meanwhile, Annette writes in the book: ‘While I was initially drawn to the towers’ whimsical appearances, the more I photographed them, the more disconcerted I felt that technology was clandestinely modifying our environment. Would our children soon accept these towers as normal?’

Annette spotted this trio of phone masts disguised as towering palm trees in Palm Springs, California. The photographer argues that fake foliage ‘draws more attention to itself than it provides camouflage’ 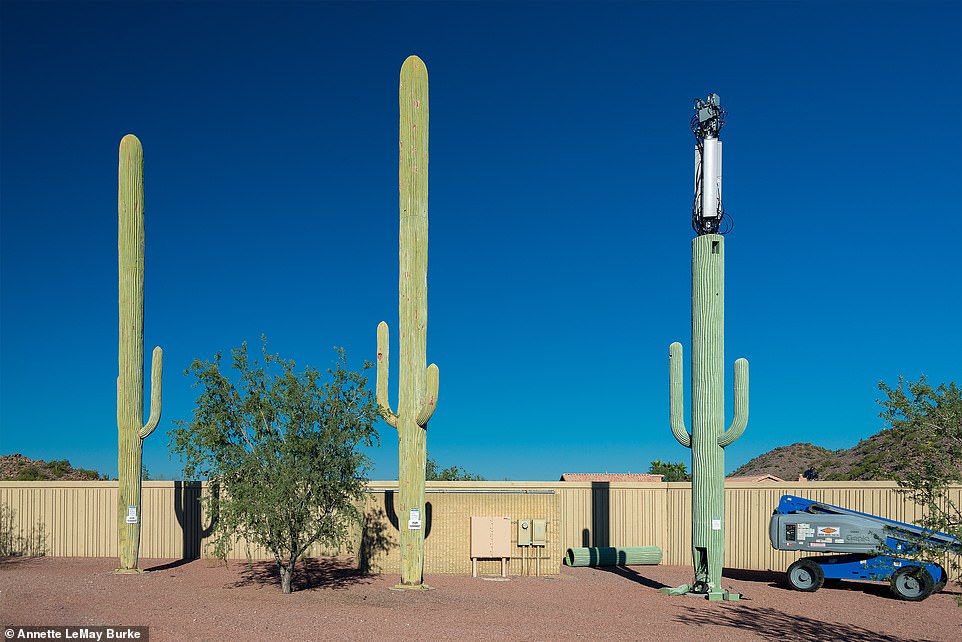 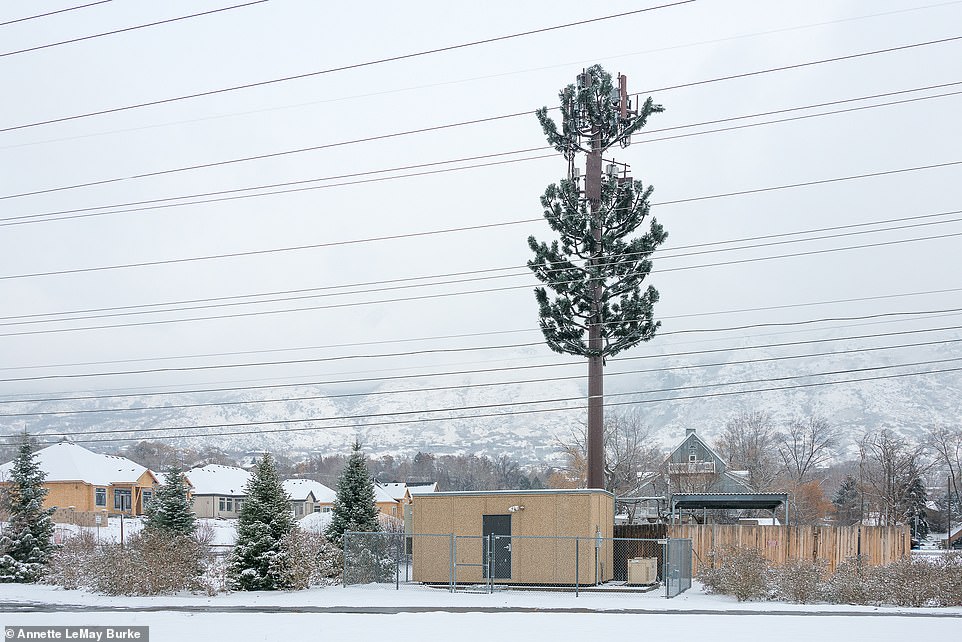 The fake trees have been dubbed ‘frankenpines’. This image was taken in Provo, Utah 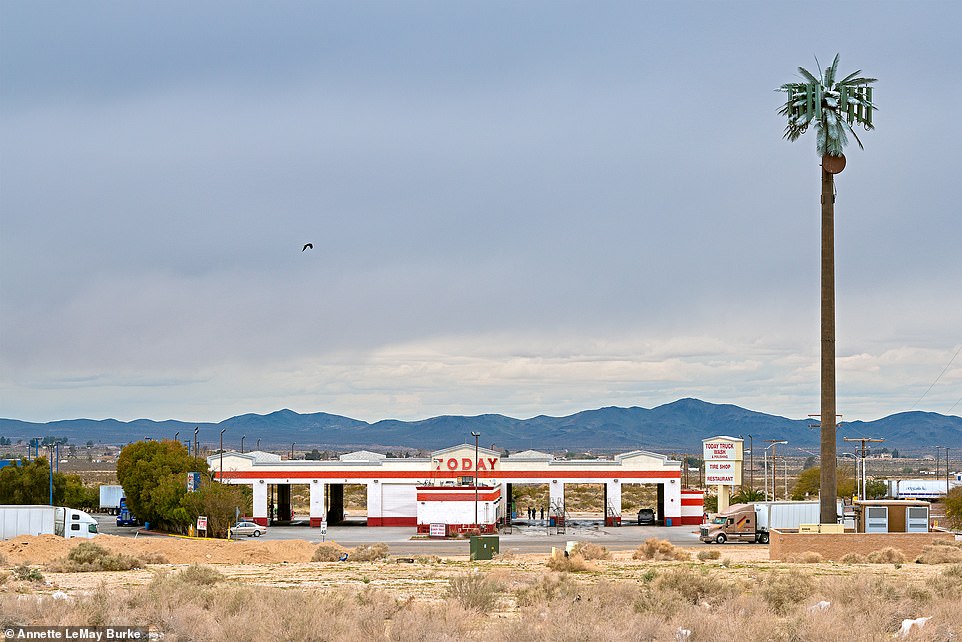 This picture from Annette’s new photo book was taken in Barstow, California. Annette says: ‘While I was initially drawn to the towers’ whimsical appearances, the more I photographed them, the more disconcerted I felt that technology was clandestinely modifying our environment. Would our children soon accept these towers as normal?’ 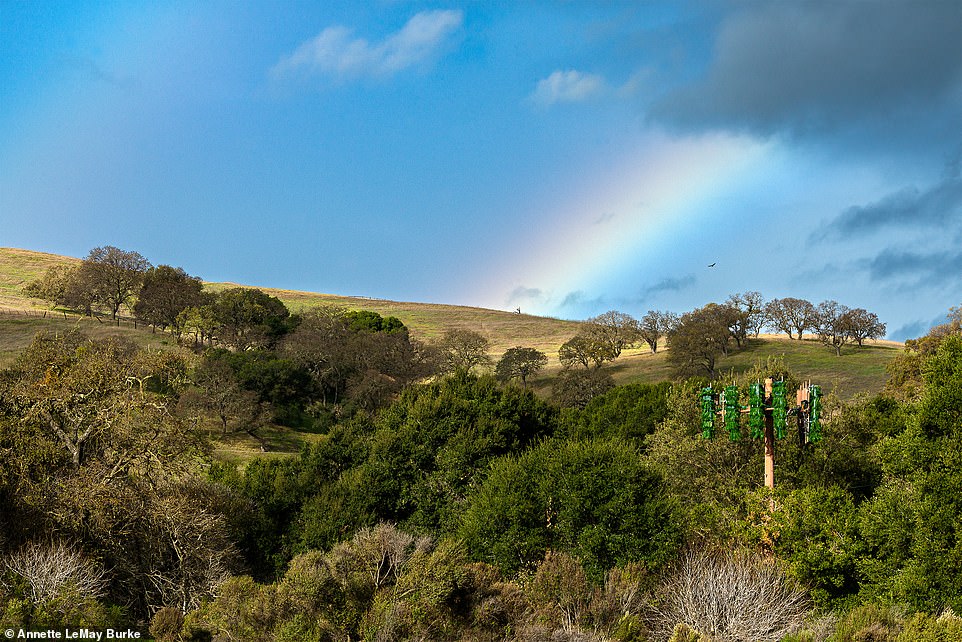 Pictured is a well-camouflaged phone mast in Palo Alto, California 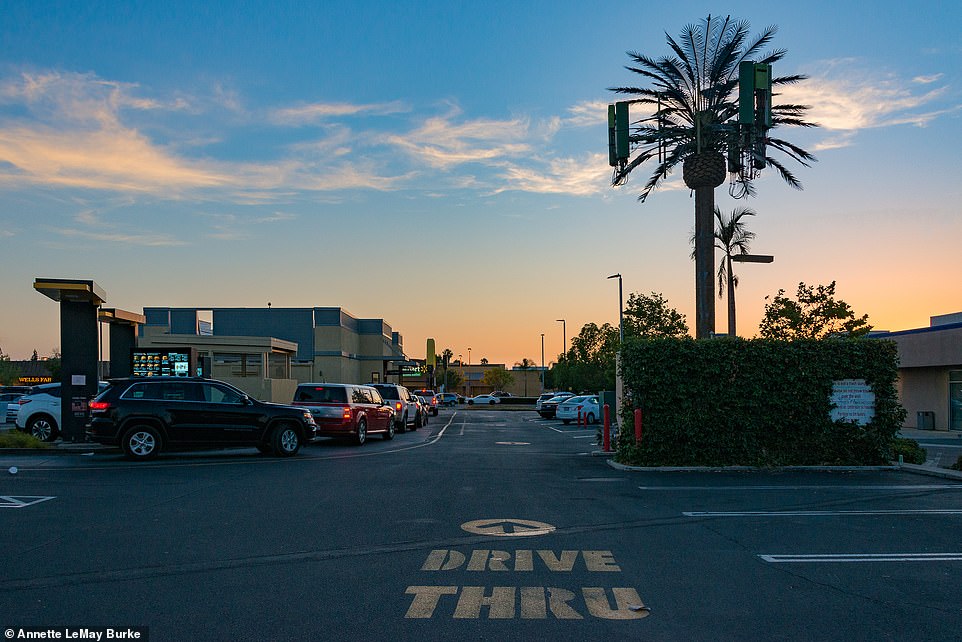 A phone mast with a palm tree aesthetic located in a drive-thru in La Mesa, California 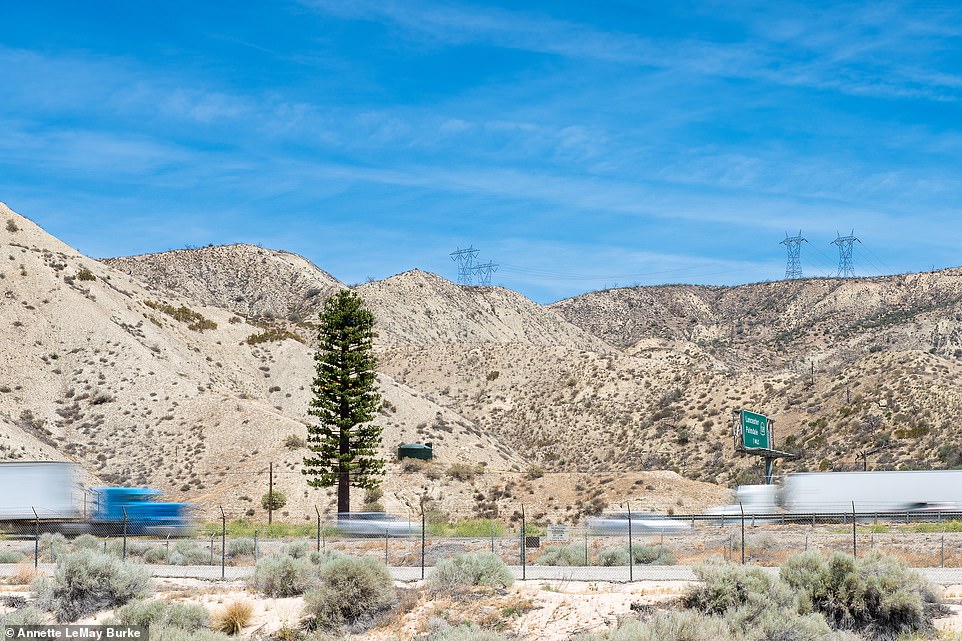 The above image captures a phone tower disguised as a pine tree in Gorman, California 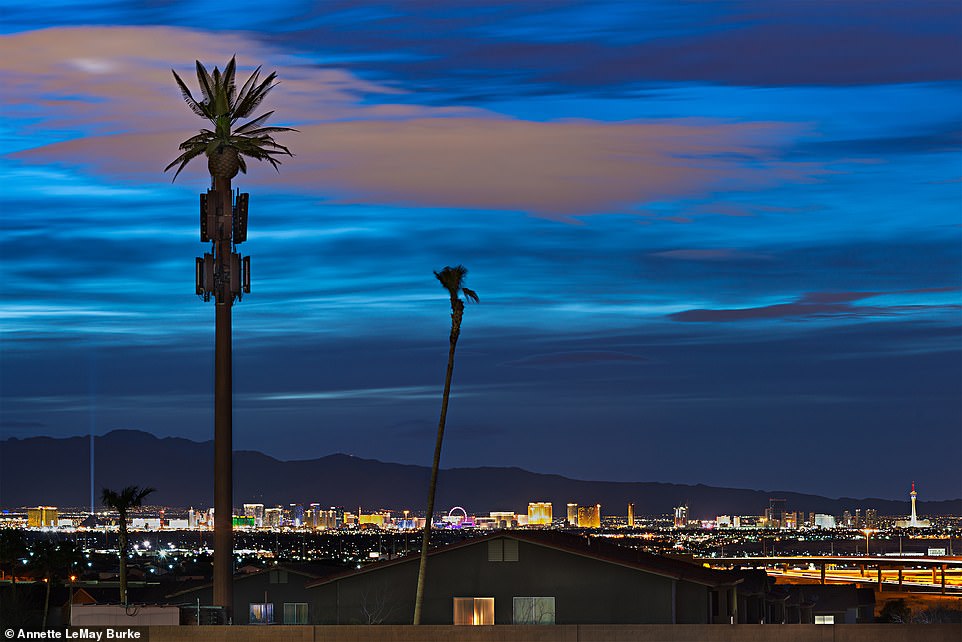 Annette took the above image in Henderson, Nevada. She writes: ‘While the quirky disguises can be entertaining to look at, the towers present privacy and environmental concerns. The often-farcical pole disguises belie the equipment’s covert ability to collect all the personal data transmitted from our cell phones’ 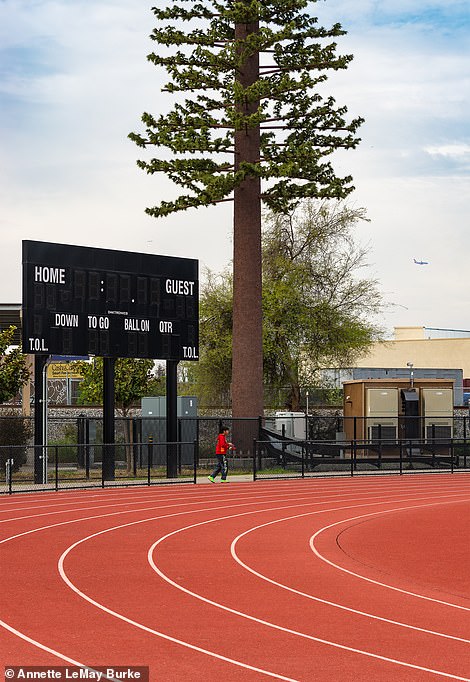 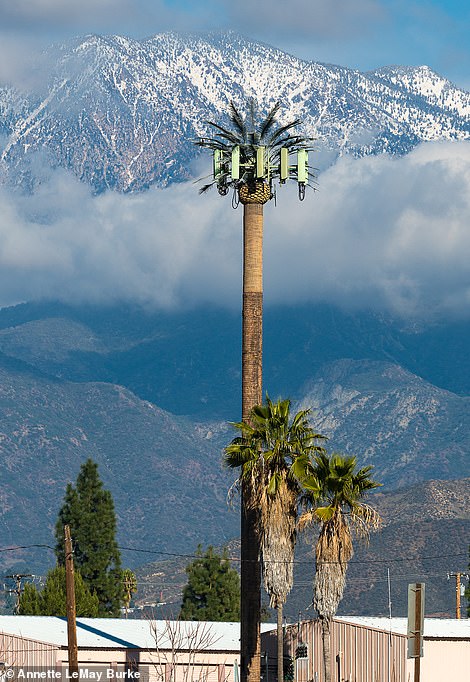 Some of the phone towers in the book are so cleverly hidden they’re hard to spot. The image on the left was taken in San Lorenzo, California, and the image on the right in Calimesa, in the same state 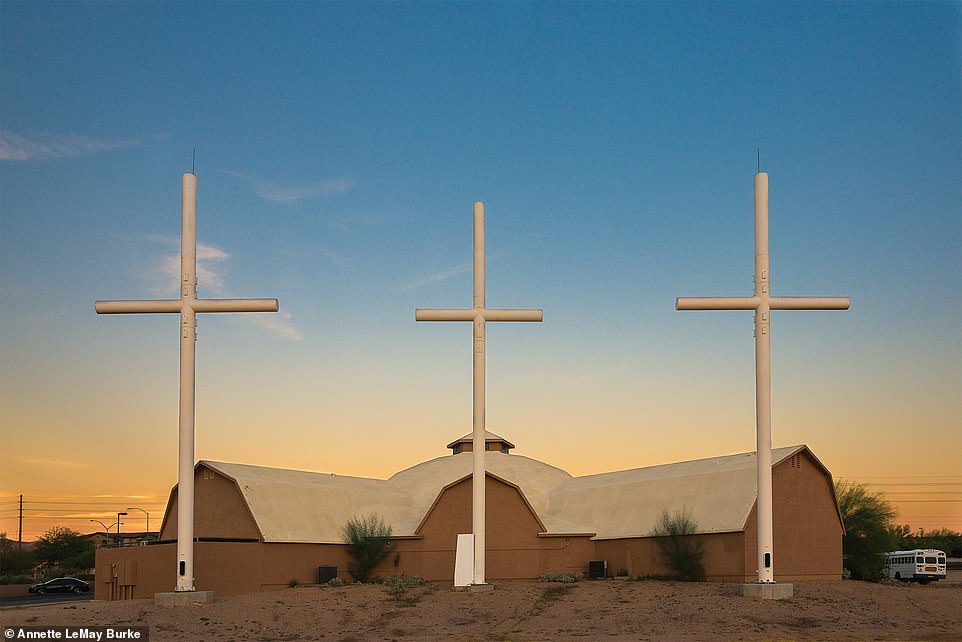 Annette discovered these phone-mast crosses in Mesa, Arizona. Writing in the foreword about this photo, Ann M. Jastrab says: ‘The Holy Trinity at the local church is really three cell phone towers? I’m not religious, but this might be a form of blasphemy. Or genius, as the cell phone companies are paying the church good money to plant those there’ 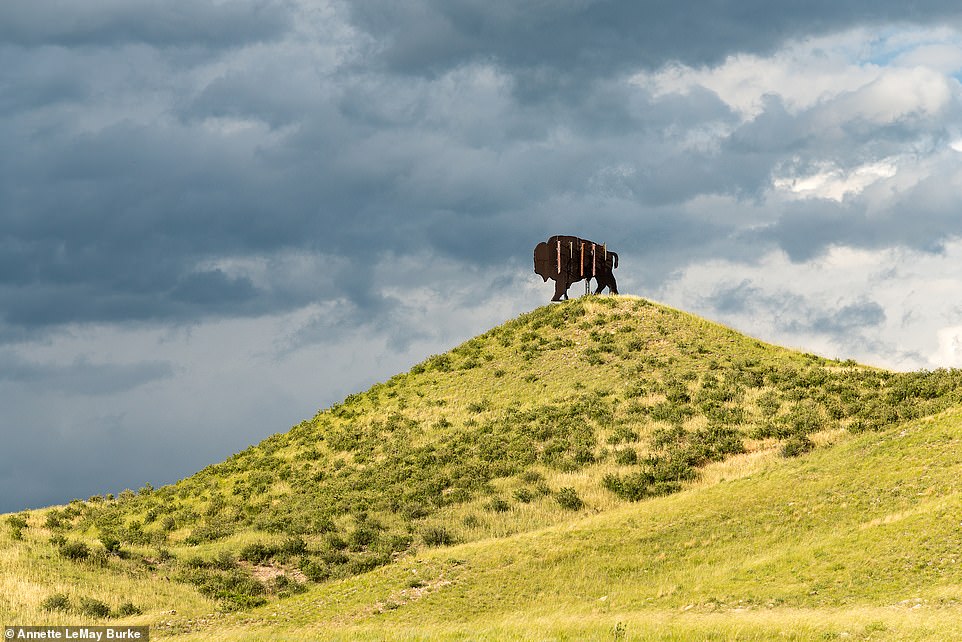 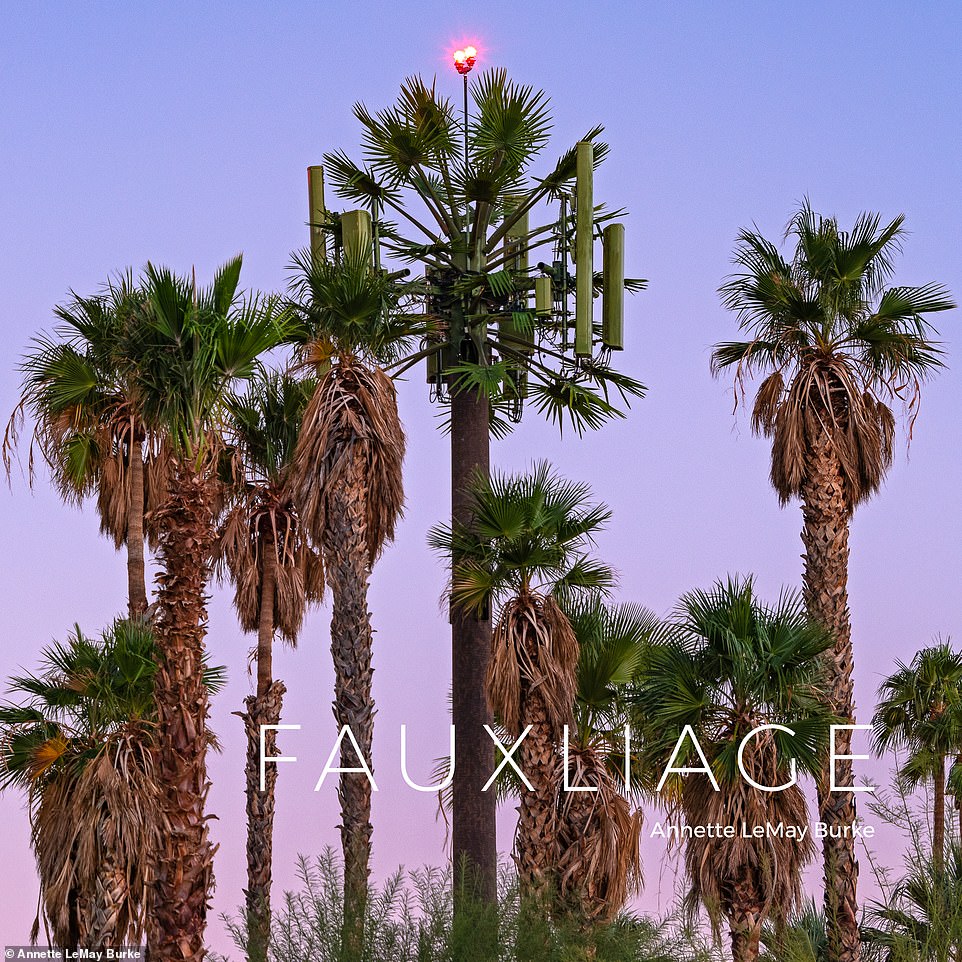 Fauxliage, by Annette LeMay Burke and published by Daylight Books, is out now priced US$45.00/CAN $58.99