Philadelphia officials are bringing back masks in public schools in another effort to bring back face-coverings after officials implemented city-wide mask mandate last month that only remained in place for a matter of days before its subsequent lifting.

Masks returned to schools in the City of Brotherly Love on Monday, with Superintendent Dr William Hite citing the increasing Covid cases in the Philadelphia for the decision in a statement on the matter last week.

It is the second attempt at re-instating masks in the city in as many months. In mid-April, officials announced the case and hospitalization figures had crossed the thresholds necessary to reinstate an indoor mask mandate for public places – including schools.

The bizarre decision was widely panned by residents, and no other blue cities followed the eastern Pennsylvania city’s lead. Only days after the mask mandate went into place was it repealed, with officials then stating it was their plan all along to do so.

Covid cases in Philadelphia county, which is mostly comprised of 1.5 million residents of the city, have jumped this month, up to around 500 per day after spending much of last month in the 300s, according to most recently available data from early last week. Deaths in the city have remained in the single digits for around two months, though.

Daily Covid cases in Philadelphia county have jumped from around 300 per day to 500 per day during May, official data shows 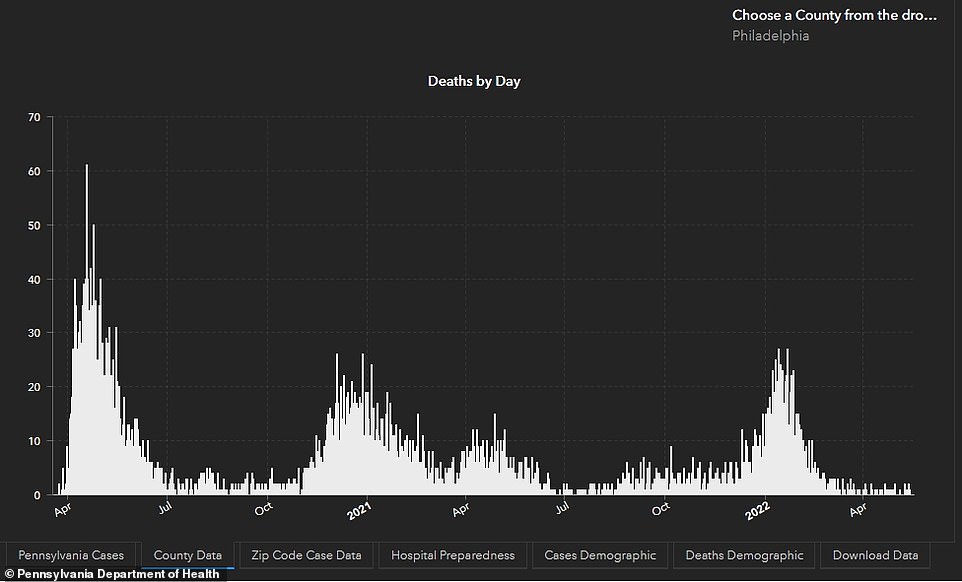 Daily Covid deaths in Philadelphia have remained in the single digits for around two months, according to official figures

‘To help protect everyone’s health and well-being as COVID-19 case counts continue to rise in the Philadelphia area, the Philadelphia Department of Public Health (PDPH) has recommended that we resume universal mask wearing,’ Hite said in a statement. 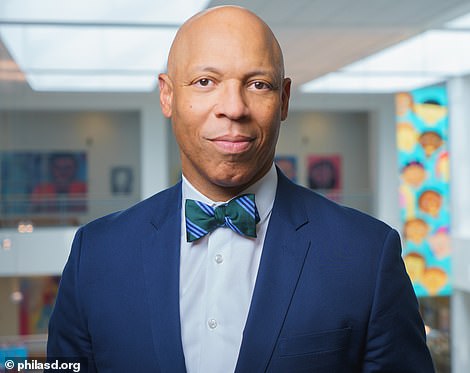 Dr William Hite (pictured), wrote in a statement that the city’s response the the virus will ‘evolve’ over time

‘As we’ve learned since the pandemic began, the coronavirus continues to evolve and so too will our response to it,’ Hite continued.

On April 11, officials announced the drastic, but short-lived, decision to implement a Covid mask mandate for all indoor public places.

‘Philadelphia’s COVID-19 response levels allow us to be clear, transparent and predictable in our response to local conditions,’ Jim Kenney, mayor of Philadelphia, said in a tweet.

‘Given the rise in cases, we’re moving to Level 2 on April 18 to prevent higher case rates.’

‘Our city remains open; we can still go about our daily lives and visit the people and places we love while masking in indoor public spaces.’ 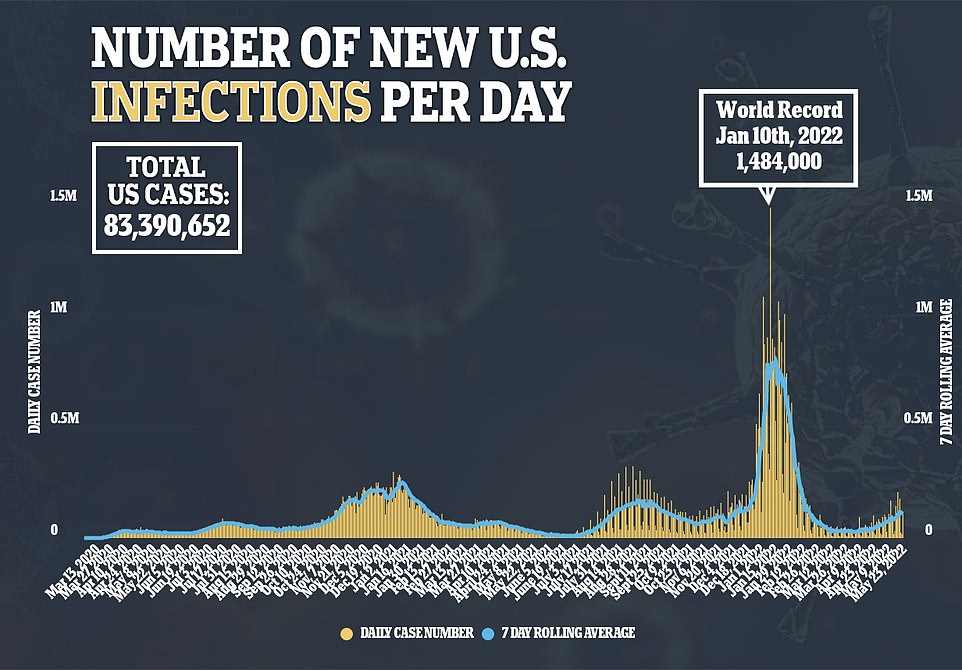 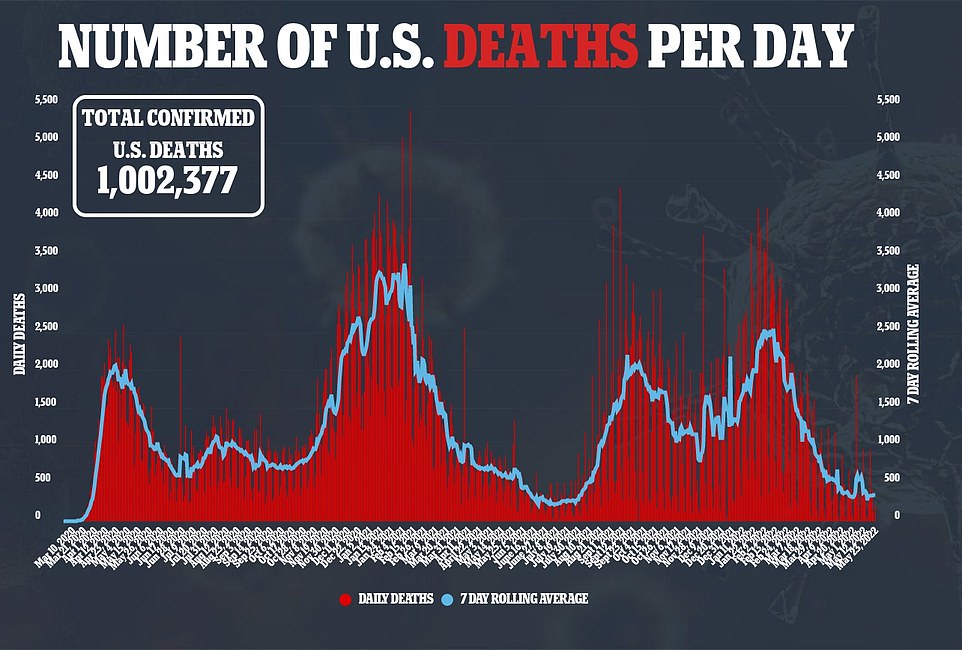 After widespread backlash, the order was lifted on April 22, only four days after it first went into effect on the 18th.

‘With this steady decrease in hospitalizations with them levelling off, really we are not seeing that sustained rise that we were worried about seeing,’ Dr Cheryl Bettigone said at the time.

Covid cases have been rising around the nation in recent weeks, but the country’s high vaccination rate combined with the relatively mild nature of the Omicron variant has meant that cases have not quite translated into deaths.

The United States is averaging 108,605 cases per day as of Tuesday, an 18 percent jump over the past week, and recently eclipsed the 100,000 case per day mark for the first time since February.

Deaths have remained low, though, with 344 Americans dying from the virus daily – one of the lowest figures of the pandemic that has been sustained for over a month.

Other similar blue cities have managed to avoid the temptation of bringing back Covid mandates in the wake of rising cases. 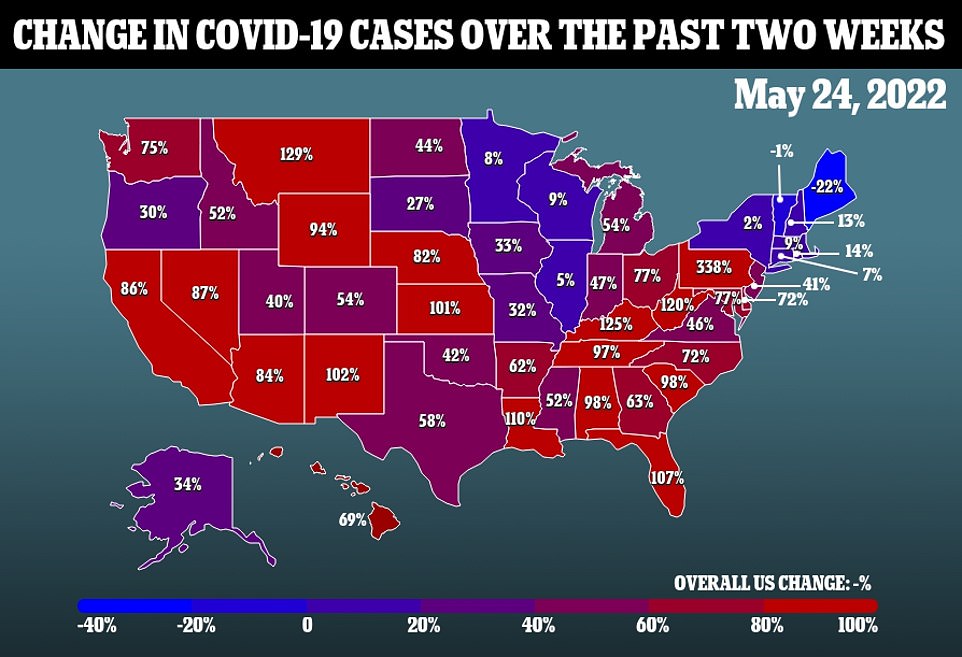 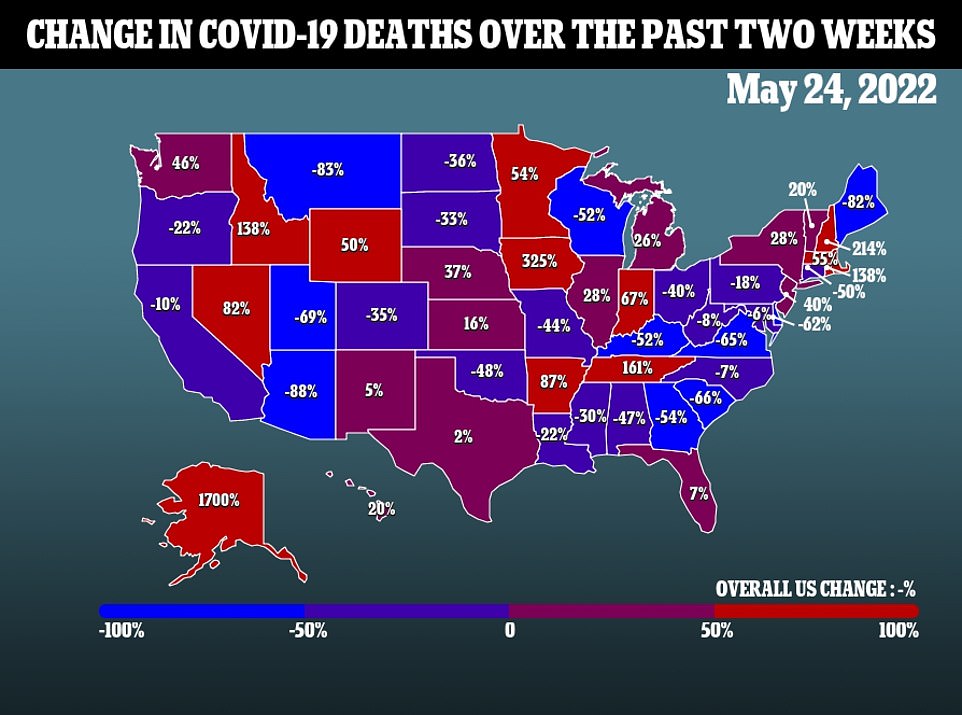 The mayor was asked at a news event if he planned to follow those orders, and said ‘no’ on Wednesday. He also previously lifted the city’s vaccine and mask mandate for indoor public places that was implemented in response to the Omicron variant wave over winter.

The reinstatement of masks in Philadelphia schools comes as eligibility of the COVID-19 vaccines may be expanded.

Pfizer revealed this week that trials for its three-dose vaccine in children aged six months to five years old showed 80 percent effectiveness at preventing infection from the Omicron variant.

An FDA advisory meeting was scheduled in response to a new report from Pfizer – which is developing its shot as a joint project with the German company BioNTech.

Unlike the previous versions of the shot, the regimen for this age group comes in three doses. The shots are also only three micrograms (mg) in size – a tenth the dosage of the 30 mg shots for adults.

The New York City-based pharma giant had initially planned to make its jab for the youngest of Americans only two doses, but early results from the end of last year found that the first two doses made little impact on immunity from the virus in children aged three and four years old. 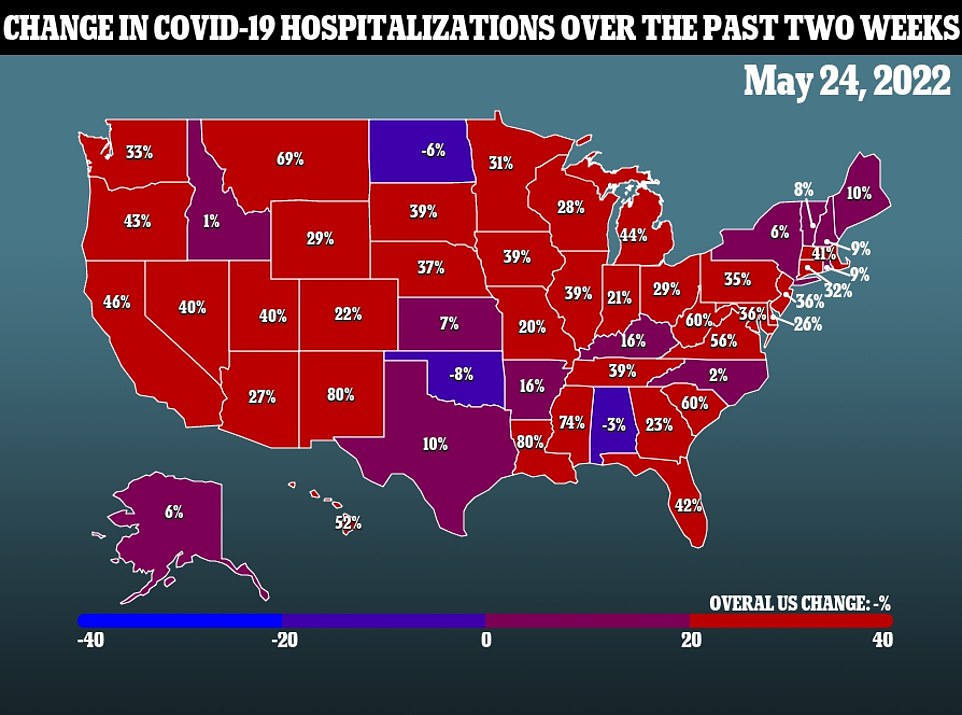 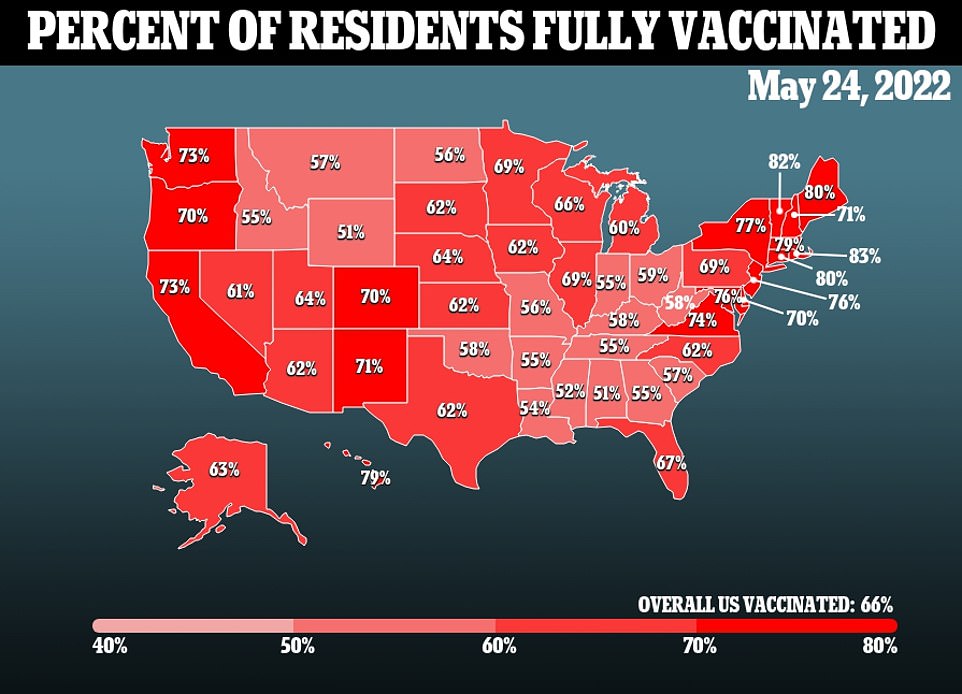