A pharmacist who initially thought her heavy period was caused by a recent Covid booster jab has told of her ‘shock’ to find out it was actually a symptom of a rare form of leukaemia.

Victoria Lang, 30, from Banton in North Lanarkshire, put her ‘abnormal’ bleeding in March last year down to the fact that she had received the vaccine two days earlier, after hearing on the news that the jab ‘might mess with your periods’.

But when the heavy bleeding continued, Victoria knew that ‘something was seriously wrong’ and went to see her GP, who did some blood tests and then told her she would have to be admitted to the Glasgow Royal Infirmary. 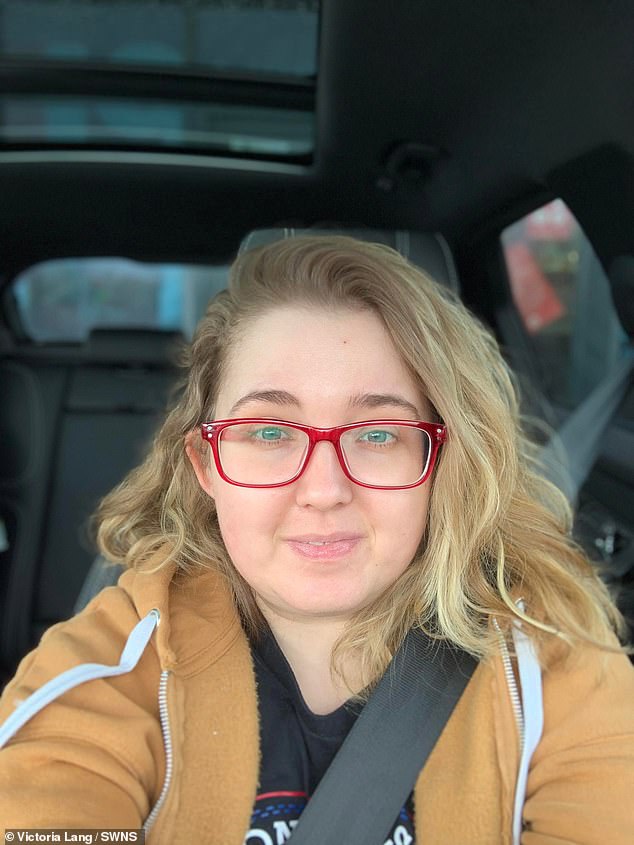 The 30-year-old pharmacist, from North Lanarkshire is now in remission and is back having normal periods but she wants to warn others of the symptoms of the disease

Acute Promyelocytic Leukaemia (APL) is an ‘acute’ leukaemia, which means it develops quickly and needs treatment straight away.

It is rare, with around 160 people diagnosed with the condition in the UK each year.

The main symptoms of APL are caused by not having enough healthy blood cells.

A consultant told her they thought it was likely to be cancer and after undergoing more tests, Victoria was diagnosed with Acute Promyelocytic Leukaemia, a rare form which requires immediate treatment.

Victoria spent 42 days in hospital and said she might not have caught the condition if she had not noticed that her period was heavier than usual.

She now wants to warn others of the symptoms associated with the disease.

Victoria said: ‘I had a normal period in February but then in March I started bleeding really badly and I knew it was an abnormal period.

‘Two days after I had my Covid vaccine booster I started bleeding and it was horrific.

‘I woke up in the morning and I had to run and get a towel to hold under me.

‘I know what is normal for me and what my periods are like and this was insane.

‘The blood was pouring out, it was like someone had turned a tap on.’

Victoria said that due to a lot in the news at the time that Covid vaccines ‘might mess with your periods’, she decided to leave it for 24 hours to see if the bleeding stopped.

However, when it continued she decided to call her GP.

She continued: ‘It carried on all that day, I wore and tampon and a pad and I bled right through them, it was an insane amount of blood.

‘At the time I had a few bruises on my knee and shoulder but they were from things I could explain, so alarm bells weren’t going off.

‘But the bruises did take ages to heal properly.’

After undergoing blood tests she was admitted to Glasgow Royal Infirmary where a consultant told her they thought it was likely to be leukaemia.

Victoria was kept in the High Dependency Unit overnight before being transferred to the Beatson Cancer Centre.

A bone marrow sample later confirmed her diagnosis and she spent six weeks in hospital.

Recalling her experience, she continued: ‘I called the GP and they said to come in and have bloods taken.

Victoria put her ‘abnormal’ bleeding in March last year down to the fact that she had just received the vaccine two days earlier, after hearing on the news that they ‘might mess with your periods’ 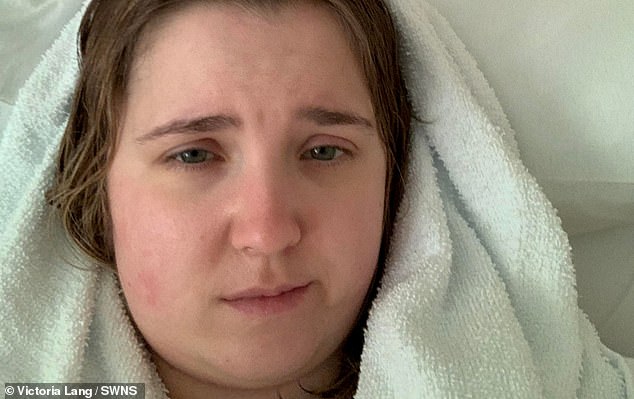 After going to see her GP, Victoria did some blood tests and wad admitted to hospital in Glasgow where was received the news she had leukaemia 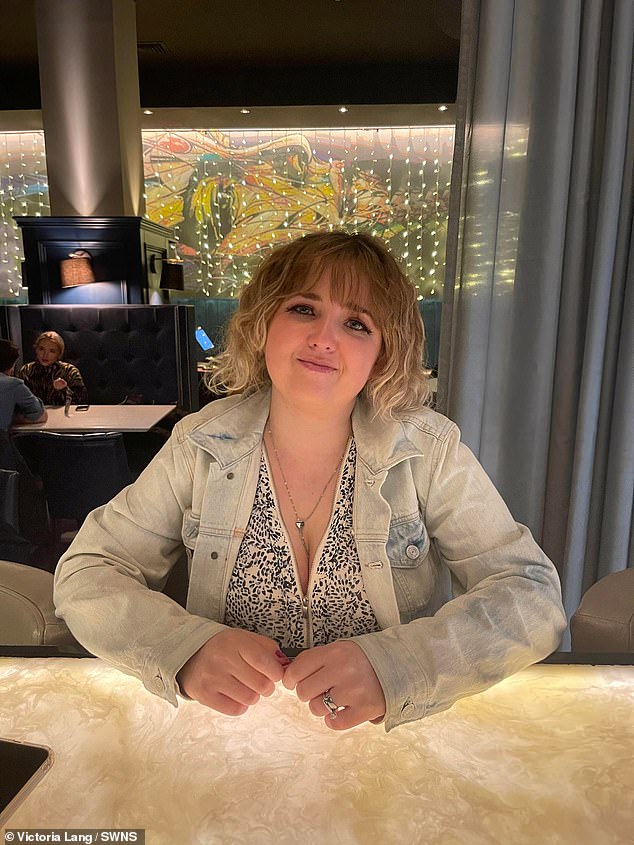 ‘I went to work the next day and the GP called me to say that all my blood work was really low and he would need to admit me to hospital.

‘I knew at that point something was seriously wrong and I had leukaemia in my head.

‘I hadn’t been unwell or really had any of the symptoms so it was a shock.

‘A consultant met me at the hospital and said they thought it was leukaemia but I would need to have a bone marrow sample to confirm it.

‘I was transferred to the Beatson Cancer Centre and spent 42 days there.

‘I gained about a stone in fluid weight and went up a dress size in just three weeks. 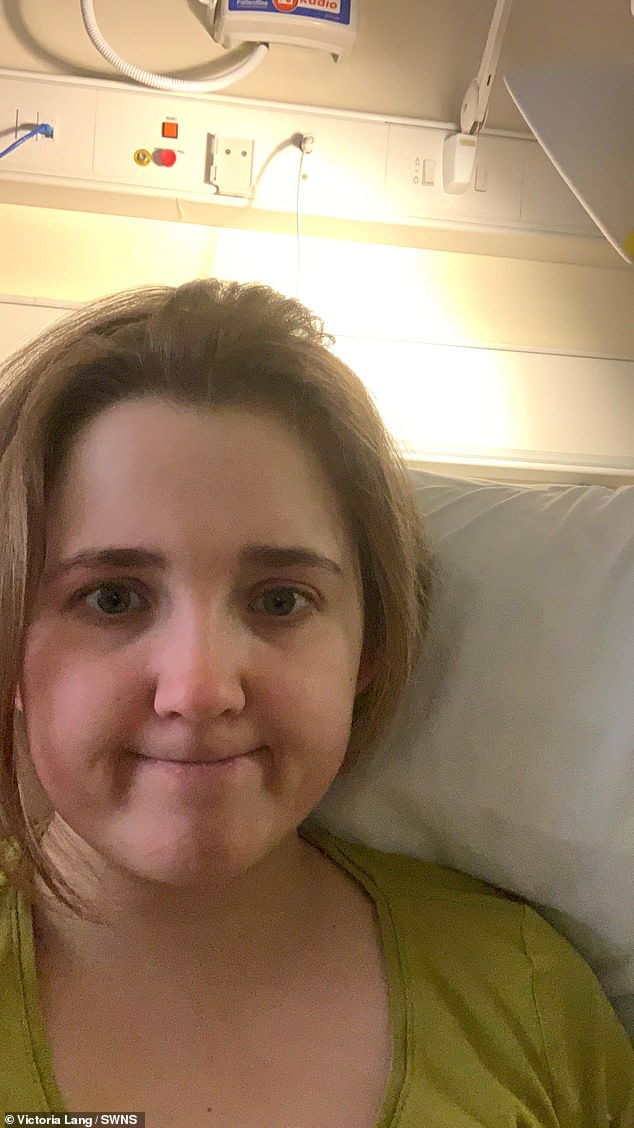 ‘I have been left with really bad stretch marks, you would think I had had twins, but my skin just couldn’t cope with it.’

Victoria is now in remission and is back having normal periods but she wants to warn others of the symptoms of the disease.

She added: ‘I would say to people to just trust your instincts, you know what is normal about your own body.

‘I knew my period wasn’t right and if I hadn’t called the doctors to discuss it then I might not have been diagnosed as quickly.