Pfizer CEO Albert Bourla said Sunday that the U.S. should return to normal within the year as his COVID-19 booster was approved for the elderly and other higher risk communities.

‘Finally, Moderna’s CEO said this week that the pandemic is on course to be over in about a year. Do you agree with that?’ ABC This Week host George Stephanapoulos asked Bourla on Sunday.

‘I agree that, within a year, I think we will be able to come back to normal life,’ he concurred.

He said that the most likely outcome is that people will need to continue to get coronavirus booster vaccines annually, similar to how people get the flu shot each year to protect against the most likely variant of the influenza virus that year.

Pfizer CEO Albert Bourla said Sunday that he thinks the U.S. will return to normal within a year as his company’s booster shot is approved last week for elderly and at-risk individuals 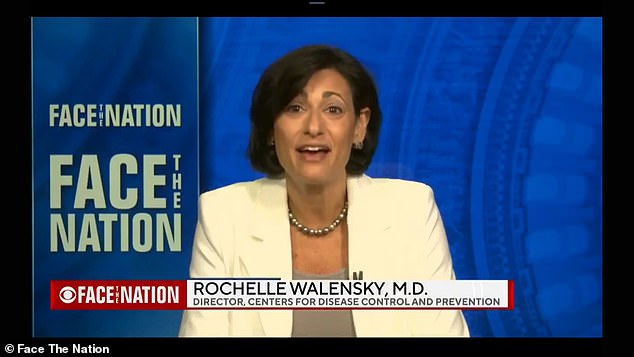 CDC Director Rochelle Walensky explained her organization’s decision to overrule the FDA advisory board ruling that the Pfizer booster should only be administered to the elderly and immunocompromised. The CDC expanded that to individuals who live or work in high risk areas

‘The most likely scenario for me, it is that, because the virus is spread all over the world, that we will continue seeing new variants that are coming out,’ he said. ‘And, also, we will have vaccines that – they will last at least a year.’

‘And I think the most likely scenario – it is annual re-vaccinations. But we don’t know, really. We need to wait and see the data,’ the pharmaceutical company chief added.

Pfizer is the only company of the three who were approved by the Food and Drug Administration (FDA) for COVID-19 vaccines in the U.S. that has also been approved for a booster.

The booster shot, however, was only permitted by the FDA to be distributed to elderly people – those 65 and older – and high-risk individuals, like those with autoimmune disorders.

The Centers for Disease Control overruled on Friday the advisory panel’s decision, allowing the booster to be distributed for other high-risk individuals, including those who live or work in high contact areas. 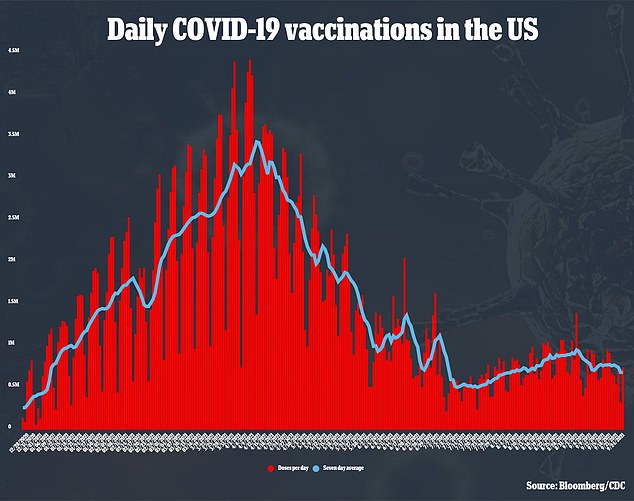 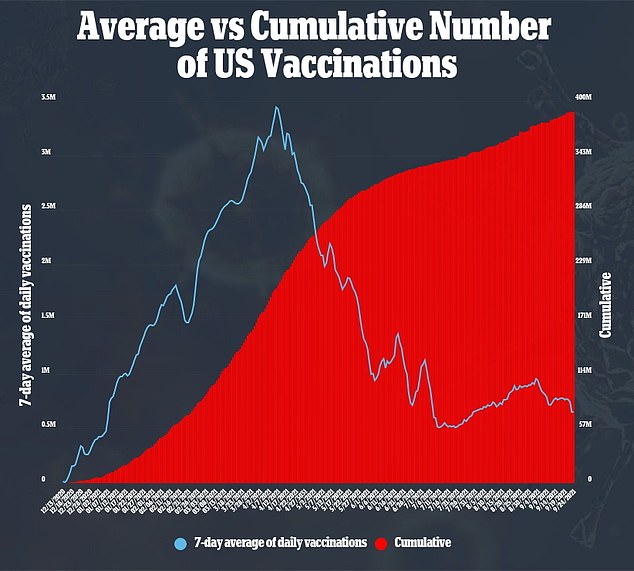 Rochelle Walensky, the CDC director, explained on Sunday morning why approval was not granted to the general public and why they overruled the FDA decision.

‘There was some real scientific discussion and a scientific close call was for those people who are at high risk by virtue of where they live or where they work,’ she told CBS News’ Face the Nation.

While 183 million Americans are fully vaccinated, the number of those receiving the jab severely plateaued over the summer – leading the administration to reimplement mask mandates in high contact areas and issue a federal-level vaccine mandate.

President Joe Biden announced that all companies with 100 or more employees are now required to garner proof of vaccination from their workers or else subject them to at least weekly testing.

Morningstar analyst Karen Andersen expects boosters alone to bring in about $26 billion in global sales next year for Pfizer and BioNTech and around $14 billion for Moderna if they’re endorsed for nearly all Americans.