How extraordinary that the Johnson Government, while in serious money trouble, chooses to spend billions on a vaccine against a disease which in many cases has no symptoms at all.

Yet this peculiar decision is a mere ripple on the surface of a much deeper problem. Britain in 2020 has many economic difficulties, but good credit. The lenders and investors of the world believe the UK is run by responsible people and will repay its debts.

But my astute colleague Dan Atkinson recently discovered that the Treasury and the Bank of England are creating money out of nothing on a huge scale. It is like the old fairy tale of Rumpelstiltskin, who could spin gold out of straw – but at a terrible price.

How extraordinary that the Johnson Government, while in serious money trouble, chooses to spend billions on a vaccine against a disease which in many cases has no symptoms at all

Put at its simplest, more than £150 billion of Britain’s Himalaya-sized national debt has effectively been paid off – at no cost – using money created by, and passed between, the Treasury and the Bank of England.

The bonds involved are supposed to be sold to real investors, who profit from generous interest payments, and then are meant to be bought back from them.

But in this case, the Government invested in itself, forgave itself the interest, and then paid itself back.

I wonder what would happen to any private business which behaved like this. It is clever, but it is playing with fire, and it will come back in many ways to bite us. Major inflation is a possible result. 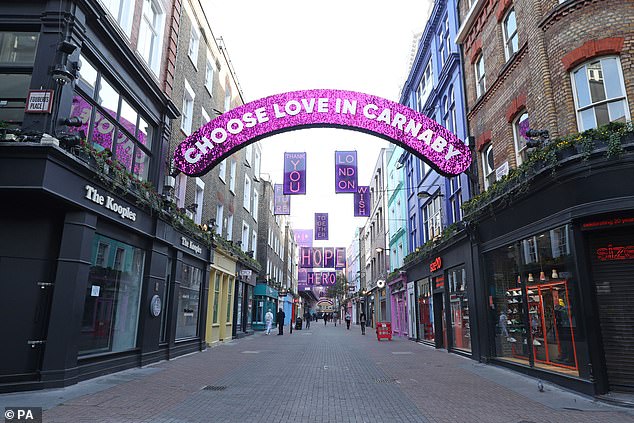 I just mention these known facts to let you know how bad things are, and how close we are to copying countries such as Argentina, once rich, now poor, which traded for years on their reputations, and lived as they had been used to live, long after they could not pay their bills. Until it went wrong.

The elite don’t and won’t suffer much. It will be the rest of us who do that. Amid all the self-congratulation about the supposed ‘success’ of Rishi Sunak’s furlough plan to pay people while preventing them from working, more and more of us are finding out what this really means.

Existing jobs vanish. Future jobs never arrive. Jolly Mr Sunak can postpone unemployment but he can’t prevent it. Even before Johnson put his thumb back on the national windpipe in his latest shutdown, unemployment – especially among the young – was on the way up. 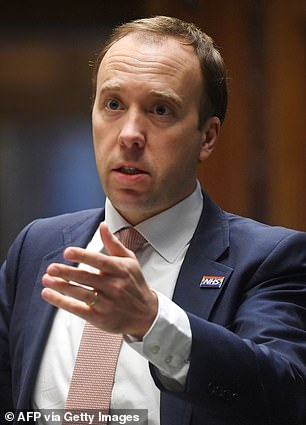 A record 314,000 people lost their jobs in the three months to September. An ‘unprecedented’ quarterly increase in redundancies helped push up the UK jobless rate to 4.8 per cent

Young people have been worst hit of all by the Johnson-Hancock Panic Plan. They tend to work in the sectors most affected, such as hospitality, retailing and leisure. This is why the official jobless rate for the under-25s now stands at 14.6 per cent, more than one in eight.

This is real, and hard. And nobody is safe from one side or other of it. Waiting round the corner are rising prices, heavy local and national tax increases, and worsening public services.

I suspect Mr Sunak is working hard to think of ways of raiding your savings, including your pension and the value of your home. Many are already experiencing a far poorer NHS, with private GP services starting to boom. School and university education are in crisis.

This is where panic takes you. I continue to advise against it, before it gets any worse.

Anyone who expresses any doubts about anything these days is rapidly smeared as a ‘denier’ of things he does not deny, or as a crank, for continuing to cling to common sense. A favourite term of abuse is ‘anti-vaxxer’. Well, I am absolutely not one of those. I was inoculated against optimism at an early age, and it has served me well all my life. I thoroughly recommend you, too, get yourself immunised against this dangerous scourge.

If Watergate happened today, Nixon would get away with it

The great American writer H. L. Mencken said that the proper relationship between newspapers and government was the same as that between a dog and a lamp-post. In fiction, the cinema and (to some extent) in real life, journalists uncover the wrongdoing of authority, and reveal the truth.

Most journalists of my generation take this as a matter of course, and we all remember the great film All The President’s Men for its depiction of Bob Woodward and Carl Bernstein, the reporters who exposed the crimes of Richard Nixon after the Watergate break-in. Most of us dreamed of doing something similar.

But in recent years a very strange thing has happened to my trade. More and more journalists seem happy to be the mouthpieces of government, or of political parties. Worse, they attack other journalists for refusing to fall into step with the official line.

A year ago, I was contacted by skilled and experienced weapons inspectors, men completely uninterested in politics, but dedicated to scientific truth. They were worried that Nato nations, including Britain, had gone to war in Syria on the basis of dud information –much as Britain and the US had done in Iraq in 2003.

They told me how key information had been censored from reports on Syria by the UN’s poison gas watchdog, the Organisation for the Prohibition of Chemical Weapons (OPCW).

The late Robert Fisk of The Independent was the only British national newspaper journalist who joined me in this. I feel rather honoured to have had that superb, brave reporter on the same side, on the same story. But the outcome was not the vindication of the truth. It was that the inspectors were smeared or attacked in various ways. This was because these principled whistleblowers were speaking the truth.

Well, that is normal, except that some of those attacking these brave men were journalists, of the new pro-state type.

And these were egged on by an outfit known as Bellingcat, which poses as a romantic, independent band of geeks, but in fact receives some of its money from state-backed organisations. Then Bellingcat attacked me.

In a badly mistaken tweet, they claimed I had either been fooled or had been dishonest. The article on which this claim was based blew up in Bellingcat’s face when it turned out it contained a basic mistake of fact.

I am pleased to say that Bellingcat have now apologised. They said: ‘We accused Mr Hitchens of reporting dishonestly on events regarding the leaking of information from the OPCW. Our accusation of dishonesty on his part was untrue. We unreservedly apologise to Mr Hitchens for this accusation and happily withdraw it.’

I mention this because so many in my trade these days side with state-backed Bellingcat, and against independent journalism.

If such ideas had been around in the days of Watergate, Richard Nixon would have served two full terms as President and retired with honour.

If it had been so in 2003, you wouldn’t know, even now, that Saddam Hussein did not have any weapons of mass destruction.

Is the mask finally slipping?

A serious Danish study on the effectiveness, or lack of it, of face coverings has still not been published. The study is a randomised controlled trial, the gold standard of scientific enquiry in such things. But according to a Copenhagen newspaper, Berlingske, three scientific journals have turned it down.

Nobody will say why. I’d only say that in recent months, existing research casting doubt on the usefulness of masks has been increasingly difficult to find on the internet, sometimes actually disappearing from places where it used to be.