Sussan Ley will be shadow minister for skills, training, industry and women, Alan Tudge for education and Barnaby Joyce for veteran affairs. 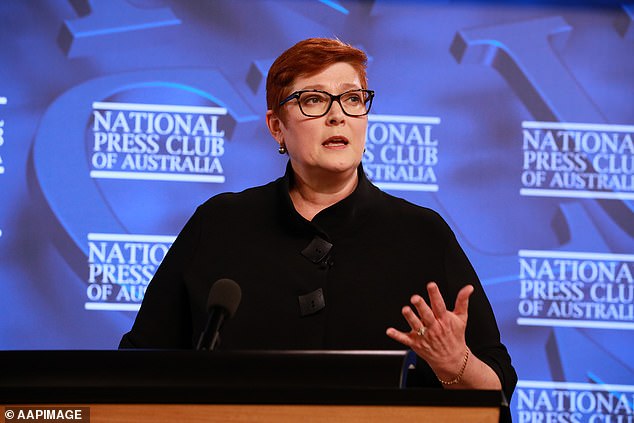 Julian Leeser will be the shadow attorney general and in charge of Indigenous affairs while Andrew Hastie is now the shadow minister for defence.

Mr Dutton said Ms Payne had asked not to be part of the cabinet but was persuaded to take the role of shadow cabinet secretary.

She has appears to have taken on a smaller role following a series of blunders she made when acting as foreign affairs minister to ex-prime minister Scott Morrison.

The Solomon Islands signed a security pact with China in mid-April raising fears the Chinese military will eventually establish a base as close as 1,600km from Australia’s east coast.

Mr Dutton announced his shadow ministry on Sunday alongside the new leader of his Nationals coalition partner David Littleproud.

Mr Dutton was announced as Liberals leader last week, unopposed in his party room after former prime minister Scott Morrison stepped aside following the coalition’s defeat at the May 21 federal election.

Mr Dutton believes he has ‘incredible talent’ both from the outgoing government frontbench but also people who have been on the backbench for a while.

‘I want to give some of them the opportunity … so you will see some new faces,’ the former defence minister told Sky News’ Sunday Agenda program.

‘It’s important for us to have as many women as possible on the frontbench, that will be the feature of the frontbench we will announce later today.’ 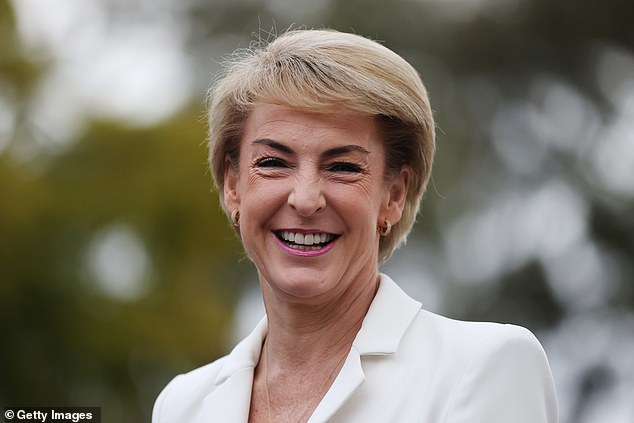 Michaelia Cash (pictured) has been announced as the new shadow employment minister, Karen Andrews for home affairs and Anne Ruston for health and aged care

Mr Littleproud declined what to say what was in the agreement between the Liberal and Nationals parties that formed the coalition.

‘It’s all about policies and you’ll see those policies that we enact,’ he told ABC’s Insiders program.

‘You don’t ask to get underneath the closed doors of the left or the right of the Labor Party, I don’t think you need to be in the policy discussions that the Liberal Party and the National Party has.’