Former Chelsea and England goalkeeper Peter Bonetti has died at the age of 78 following a long battle with Alzheimer’s – with no suggestion of a link to coronavirus.

Nicknamed ‘The Cat’ for his lightning reflexes, Bonetti is a club legend at Stamford Bridge after playing 729 games for Chelsea – making him their second-highest appearance maker of all-time.

He also played seven times for England and was part of the 1966 World Cup-winning squad as back-up to Gordon Banks.

Legendary Chelsea goalkeeper Peter Bonetti, who made 729 appearances for the club and also played for England, has died at the age of 78 after a long battle with Alzheimer’s 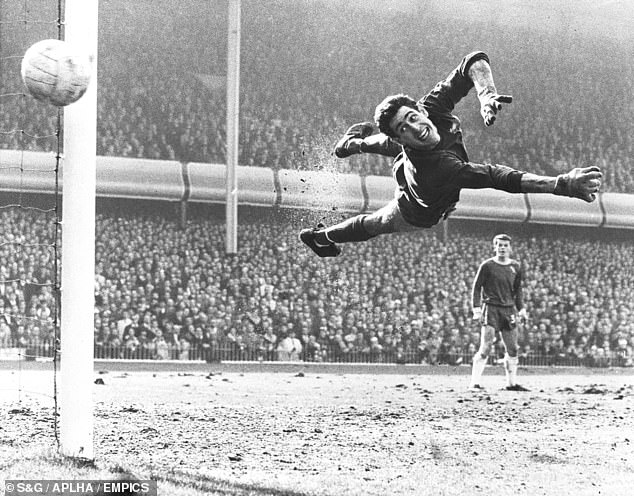 Bonetti, nicknamed ‘The Cat’ during his long career, makes a flying save in Chelsea colours 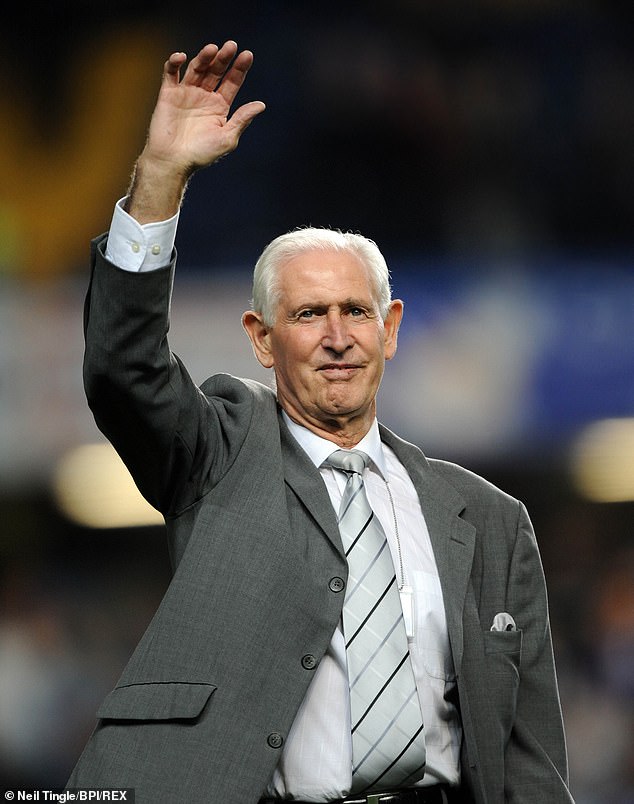 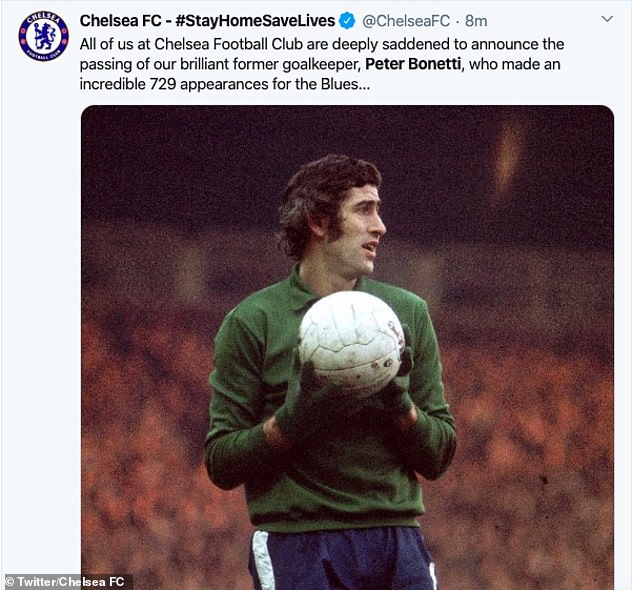 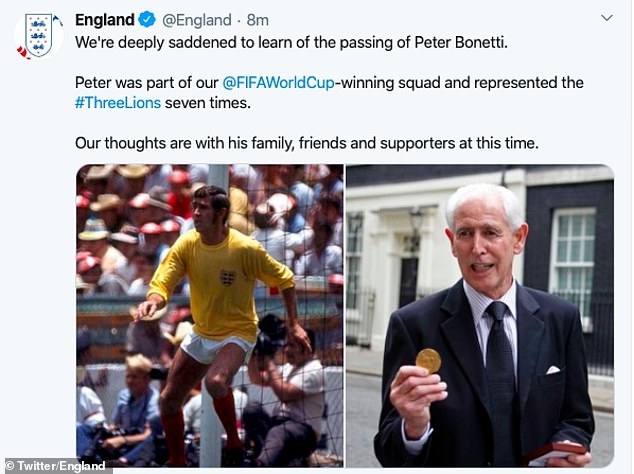 In a club career that spanned almost two decades at Chelsea across two spells, Bonetti helped the club win the League Cup in 1965, the FA Cup in 1970 and the European Cup Winners’ Cup in 1971.

He also helped Chelsea win promotion from the Second Division back into the top-flight in both 1963 and 1977.

Bonetti played briefly in the United States with St Louis Stars before rounding off his career at Dundee United and Woking.

A Chelsea statement said: ‘Chelsea Football Club is hugely saddened to announce the passing today of one of our indisputably all-time great players, Peter Bonetti.

‘Our former goalkeeper had been suffering from long-term illness. All at Chelsea wish to send our heartfelt and deepest condolences to Peter’s family and friends.’

The club’s tribute to him concluded: ‘Peter Bonetti’s position in the pantheon of Chelsea footballing gods is unassailable. He was the Cat who broke the mould, defied the odds, drew the gasps, earned the cheers and got the cream. All in front of an adoring Stamford Bridge.’ 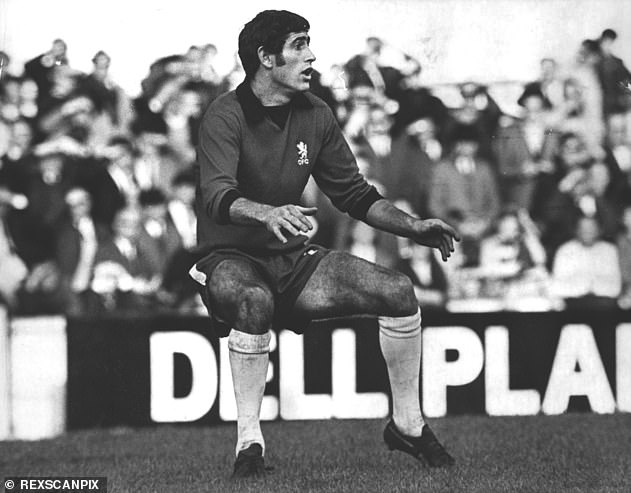 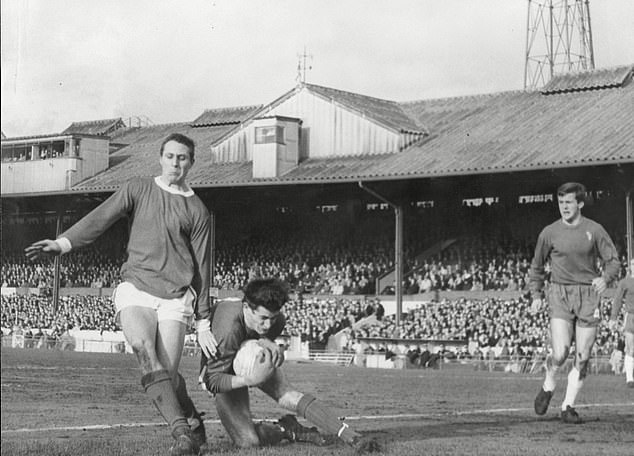 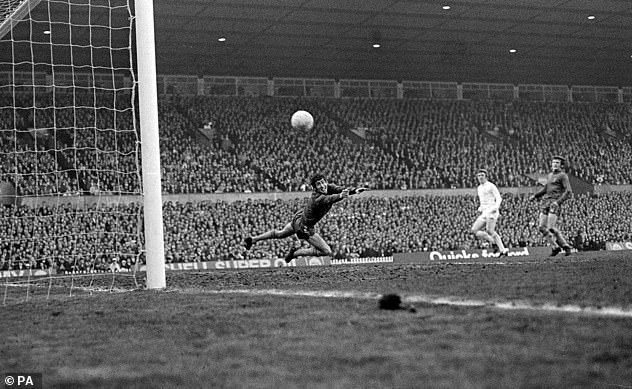 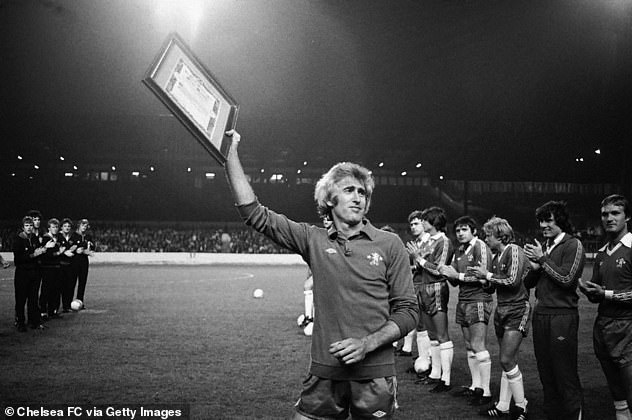 Bonetti made his debut for Chelsea in March 1960 at the age of just 18, an indication of his youth coming from the fact he helped the club lift the FA Youth Cup a few weeks later.

But from the following season, he was Chelsea’s No 1 for pretty much the entirety of the next two decades.

That was already some journey from the time his mother wrote to Chelsea asking for a trial when he was a schoolboy.

Relegation from the First Division in 1962 allowed Chelsea boss Tommy Doherty to rebuild as a talented young side containing the likes of Bobby Tambling, Terry Venables and John Hollins.

Once they returned to the top-flight after just one season, Chelsea were able to challenge for silverware and won the 1965 League Cup with a 3-2 aggregate victory over Leicester City.

The following season, the Blues reached the semi-finals of the Fairs Cup, the forerunner of the UEFA Cup, defeating Roma and AC Milan before losing to Barcelona in the semi-finals.

Chelsea reached the final of the FA Cup in 1967, but lost to Tottenham, but atoned in 1970 when Bonetti made several important saves in the first match at Wembley.

He suffered a knee injury early in the replay at Old Trafford, effectively playing the game on one leg, but made several crucial saves as Chelsea won 2-1 in extra time as an astonishing 28 million watched on television. 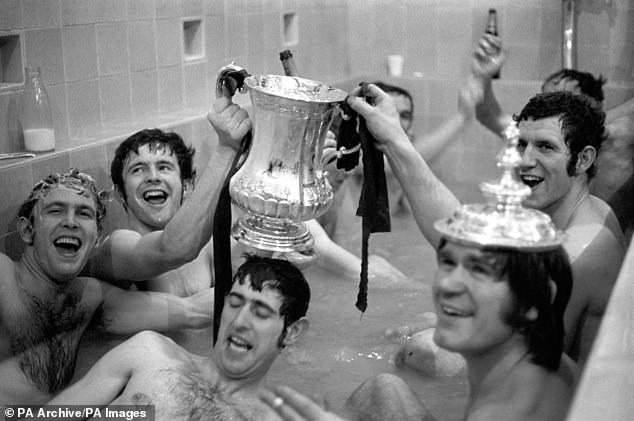 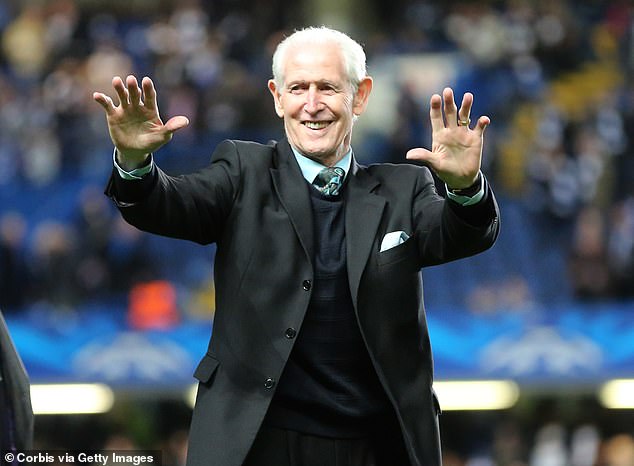 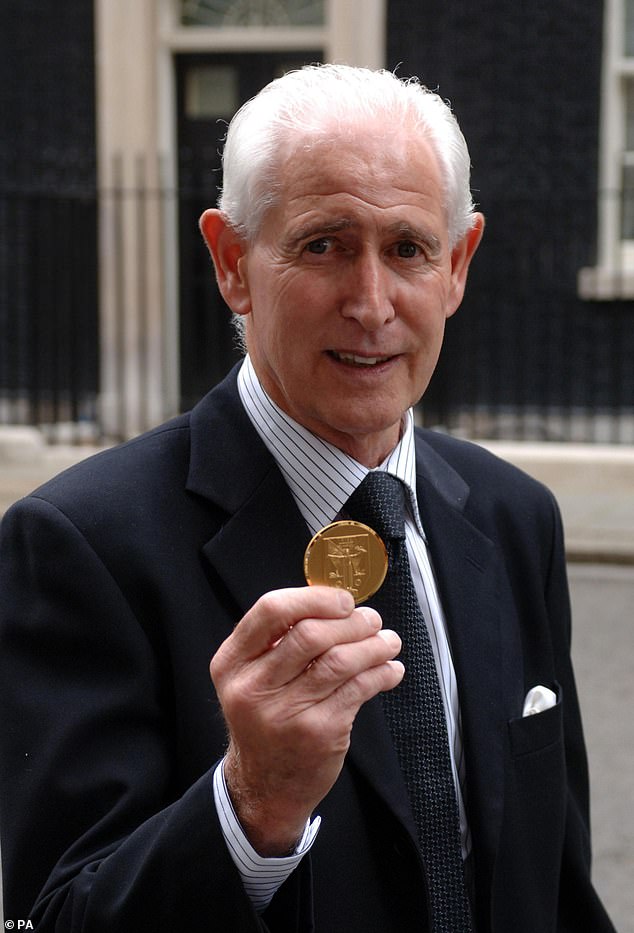 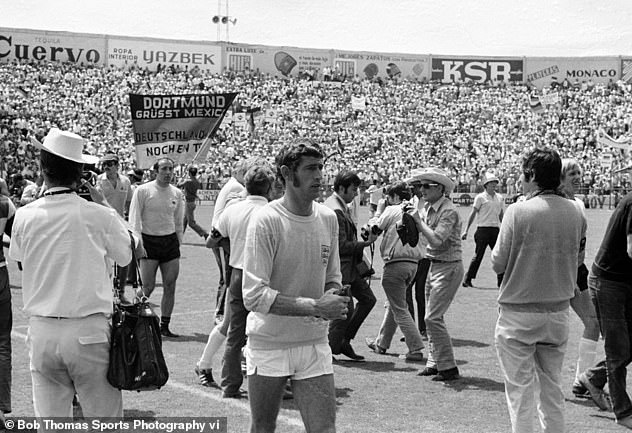 A years later and Chelsea triumphed in Europe, beating Real Madrid 2-1 in the replayed final of the Cup Winners’ Cup in Athens.

After a brief spell in North America in 1975, Bonetti returned to Chelsea and was first choice for another three seasons as they returned to the top division.

His final tally of 729 appearances is second in Chelsea’s all-time list to Ron Harris and included 208 clean sheets.

Bonetti would have played more often for England if not for competitions from first Ron Springett, then Banks and later Peter Shilton.

He didn’t play at the 1966 World Cup though received a medal many years later but was drafted in for the 1970 quarter-final against West Germany in Mexico. England relinquished a 2-0 lead to lose 3-2 and Bonetti was one of the scapegoats.

Joey Barton, who played for Man City when Bonetti was a coach there, paid his respects