EXCLUSIVE: Pete Davidson packs on the PDA with girlfriend Chase Sui Wonders – as he puffs on a cigarette while also enjoying a steamy kiss during their romantic vacation in Hawaii

By Mj Bergin For Dailymail.Com

Pete Davidson and Chase Sui Wonders still couldn’t keep their hands off each other on their romantic Hawaii vacation.

The former SNL star, 29, and the actress, 26, who have denied that they are romantically linked, fueled the romance rumors further by going for a stroll on the beach and stopping for a kiss in the middle of some greenery.

They were both clad in casual vacation attire, with Pete sporting a simple white 501 T-shirt and colorful swim trunks.

He also wore a black baseball cap, sunglasses, and a pair of black sneakers with green socks.

The King of Staten Island actor carried a large iced coffee in one hand and held his cigarette in another.

Chase stayed close to him and put her hand underneath his shirt as they walked in the sand. 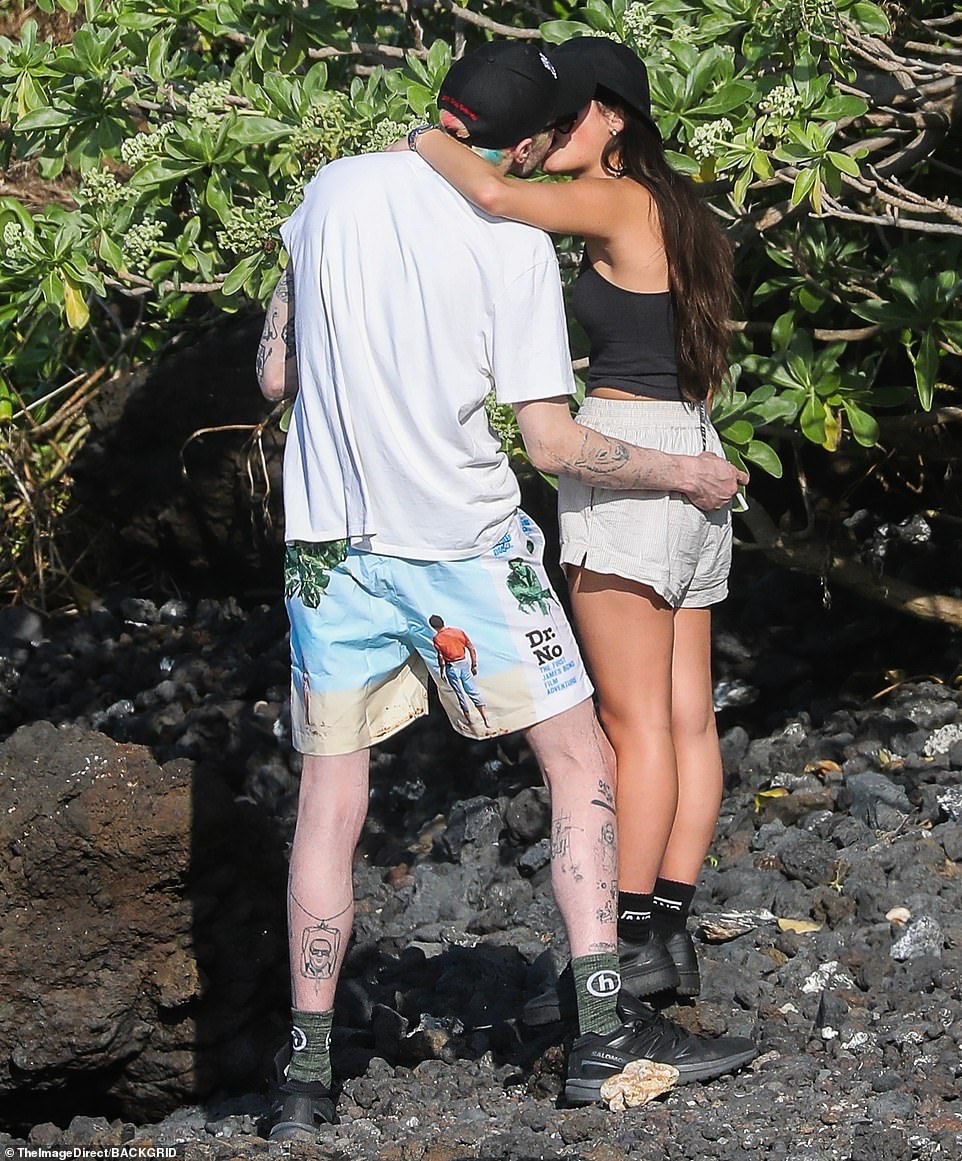 Romance rumors: The pair denied that they are romantically linked but they haven’t shied away from laying on the affection in public 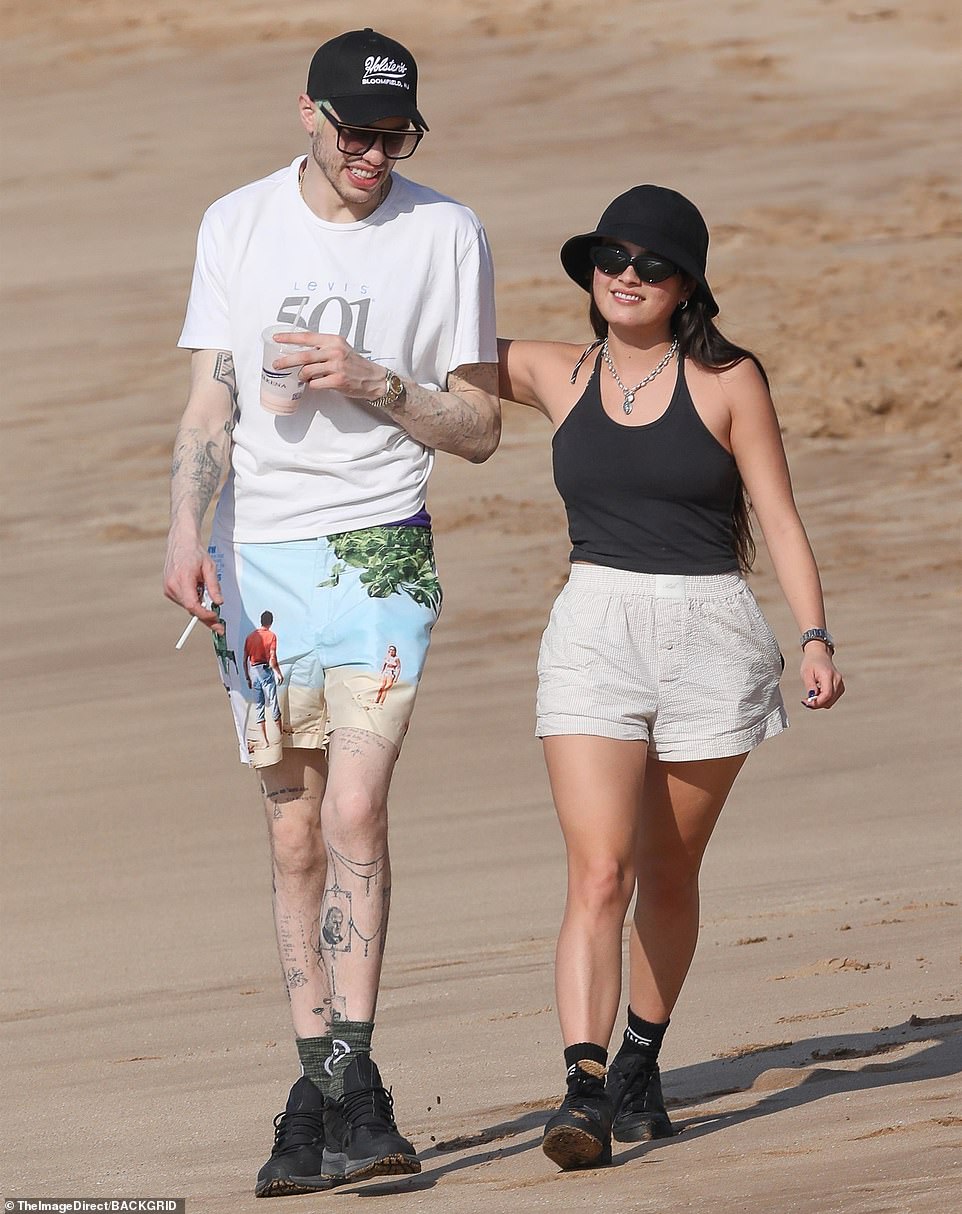 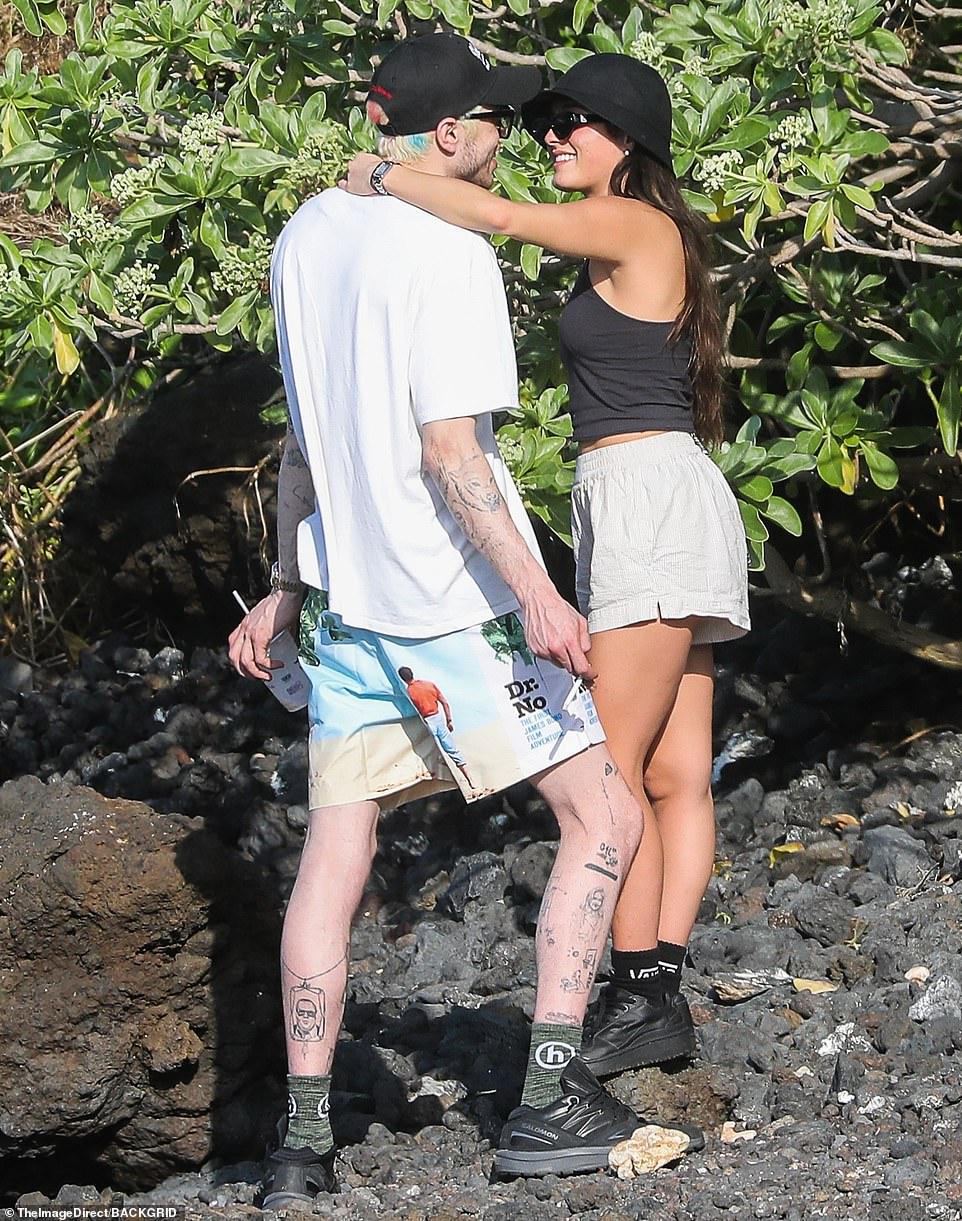 Casual: They were both clad in casual vacation attire, with Pete sporting a simple white 501 T-shirt and colorful swim trunks

The actress wore a black tank top, grey shorts, and black sneakers. She accessorized with a black bucket hat, sunglasses, and some silver jewelry.

While on their walk, Chase stopped to take a few adorable photos of Pete while he held up his coffee cup.

Their trip comes just only a few weeks after the Meet Cute star’s rep told TMZ that the pair had been just ‘great friends’ since they met filming Bodies, Bodies, Bodies.

Pete and Chase played boyfriend and girlfriend in the A24 thriller, which debuted at the South by Southwest festival before hitting theaters in August. 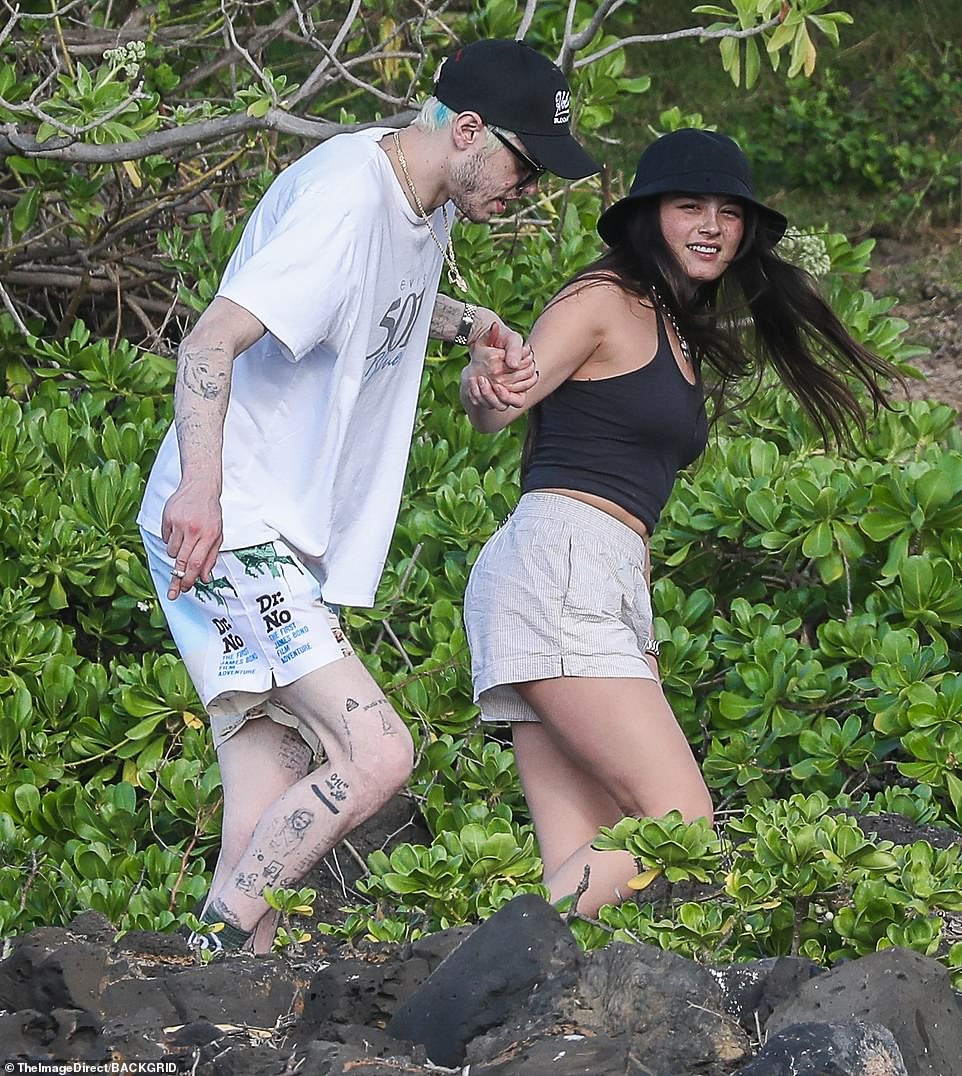 Adventuring: The 29-year-old and the 26-year-old explored the island together. They walked on the beach and climbed up some rocks