Police have been forced to shoot and kill a pet Doberman after the dog viciously mauled his owner and left him with serious injuries.

Emergency services were called to a home on Flavel Crescent in the South Australian town of Jervois just after 3pm on Wednesday following reports a man had been attacked by a dog.

Witnesses said the man, aged in his 40s, was trying to separate two fighting dogs when his pet turned and attacked him. 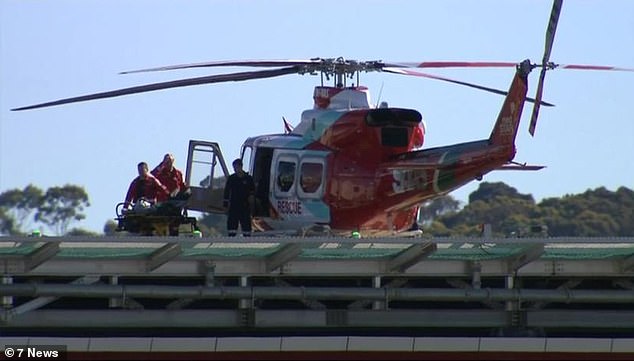 Police were forced to shoot the Doberman dead to stop the brutal attack. The man, aged in his 40s, was airlifted to hospital with serious injuries (pictured)

The man was flown 100km to Flinders Medical Centre in Adelaide and will undergo emergency surgery on Thursday.

He was first taken to the nearby Murray Bridge Hospital with non-life threatening injuries but had to be airlifted to Adelaide.

Police said they were forced to shoot the dog to stop the attack.

‘Sadly, the dog was euthanized at the request of the council,’ a police spokesperson said.

Dobermans are a medium to large-sized muscular dog capable of great speed and agility.

Male Dobermans measure up to 70cm from the highest point and can weigh up to 40kg, whereas females are 65cm in height and weigh up to 35kg. 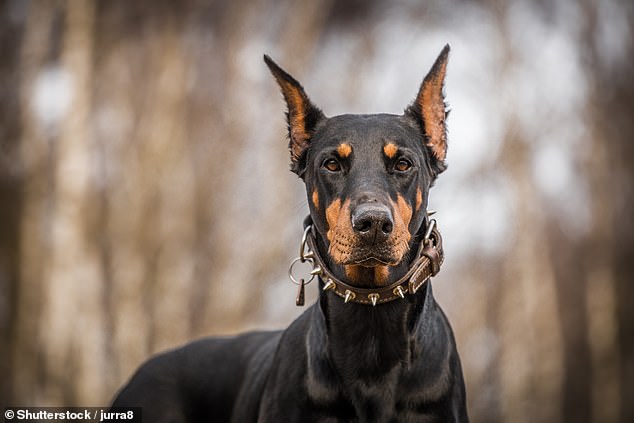 Dobermans were originally bred to be fierce guard dogs by a German tax collector in the 19th century.

However, their temperament has changed over time and they are considered to be good companions – if given the right training.

They are considered to be the fifth smartest dog – after the Border Collie, Poodle, German Shepherd and Golden Retriever – according to a study by canine psychologist Stanley Coren.