A walk proved to be too much for one stubborn dog who decided it didn’t want to go any further, forcing its owner to instead carry the pooch home.

Adorable footage has captured a Perth woman walking her golden retriever out on the street last month when her cheeky dog suddenly stopped and sat down.

The dog’s owner tried her best to get the animal to keep walking but the pooch simply refused. 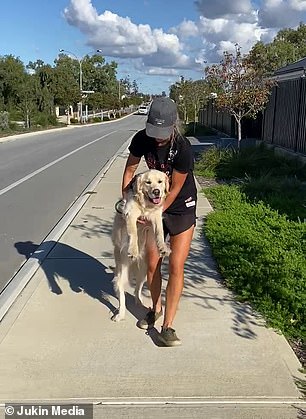 The woman then decided to take matters quite literally into her own hands and picked up her dog so she could walk the naughty pet down the road on its hind legs.

She eventually let the dog go and urged it to walk but again the golden retriever sat still.

The owner and her friend were left in stitches from the naughty pooch, with the video since going viral. 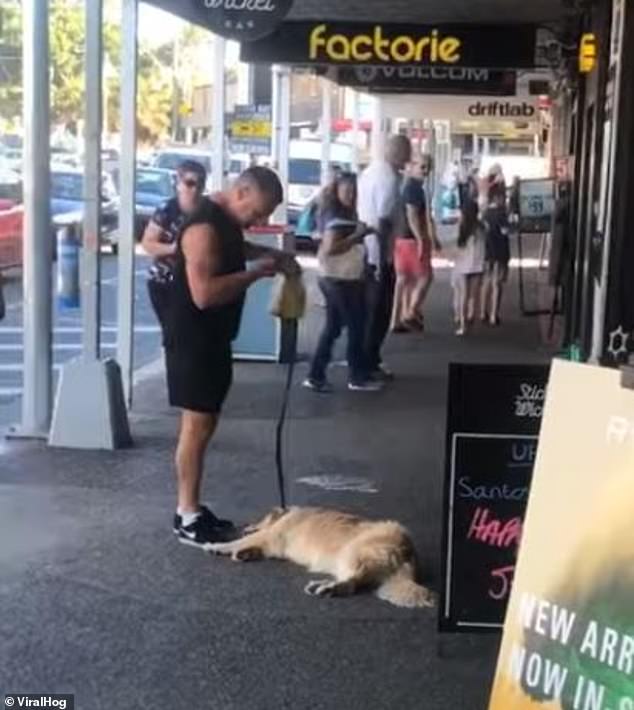 Another golden retriever named Elsie made headlines after she was repeatedly filmed lying down refusing to walk with her owner.

In one hilarious clip Elsie is seen stubbornly sprawled out across a street in New South Wales’ Byron Bay as her owner desperately tries to get her moving.

It wasn’t until the offer of an ice-cream that Elsie decided to get up and get a move on.