A school principal accused of sending a ‘d*** pic’ to an undercover cop posing as a teenage girl had frequently warned his students of the dangers of online predators.

Shayne Harris, 53, was dropped as principal of Aveley North Primary School, in Perth’s outer-northern suburbs, this week after he was charged with exposing a child to indecent matter and drug possession.

He is alleged to have used the username ‘Die Hard’ while chatting to someone he thought was a 14-year-old girl, Perth Magistrates Court heard on Thursday.

When the conversation continued on Google Chats, Harris is alleged to have posted two photos of his face before sending a photo of his genitals.

The 53-year-old, who became school principal in July, authorised fortnightly newsletters that urged parents to monitor how their child used the internet.

Shayne Harris, 53, (pictured) was dropped as principal of Aveley North Primary School this week after he was charged with exposing a child to indecent matter and drug possession

In September, a newsletter warned that children who revealed too many details about themselves online could attract predators, the West Australian reports.

‘Revealing this type of information can make them easy targets for online predators and others who might mean them harm,’ the newsletter said.

‘In fact, many kids say they have been contacted online by someone they didn’t know in a way that made them feel scared or uncomfortable.’

In December, the newsletter singled out the website Omegle, a popular video chat site, and asked students to avoid using it.

‘It has come to our attention that some students are talking about or perhaps using this website to talk to strangers,’ it said.

‘We strongly discourage student use.’

In a newsletter published in August, students were asked to consider the type of content they were posting on the internet.

‘Whenever you’re online, you are potentially speaking to an unlimited audience, even if you think your conversations are private,’ it read. 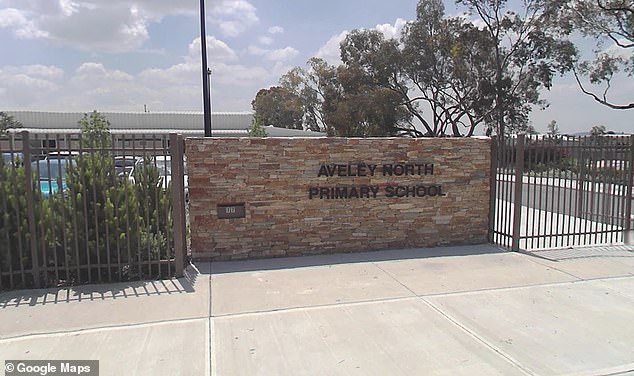 On Thursday, the WA Department of Education called for the long-time educator to be stood down as principal of Aveley North (pictured) over the ‘incredibly serious’ allegations 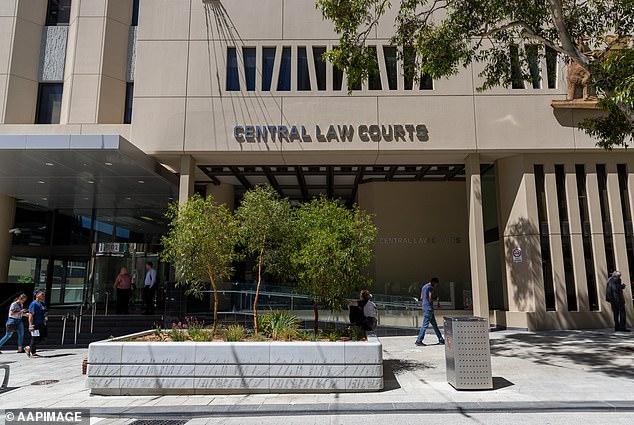 Mr Harris faced Perth Magistrates Court (pictured) charged with exposing a child to an indecent matter and drug possession. He was granted bail with strict conditions and will face court next month

‘Taking a few moments to think about the content you post could save upset, embarrassment — and even possible legal action or police involvement.’

He was arrested and charged with exposing a child to indecent matter and drug possession and was granted bail on Thursday, on the condition he surrender his passport, did not leave the state and gave access to his internet devices.

Harris’s defence lawyer referred to the principal’s clean criminal record and extensive career as a principal and teacher in his counterargument.

On Thursday, the WA Department of Education called for the long-time educator to be stood down immediately over the ‘incredibly serious’ allegations.

‘We expect the highest standards of behaviour from all school staff at all times, especially from our school leaders,’ acting director general Melesha Sands said.