‘I thought I was going to die’: Teen surfer relives the terrifying moment he was ripped off his board by a shark and dragged underwater as he screamed for help

A teen surfer has urged people to ‘tell your family you love them’ after having a close brush with death when he was dragged underwater by a shark.

Year 12 student Sav Marafioti, 17, was attacked by a 1.5 metre bronze whaler shark at Toms Surf Break at Perth’s North Beach at 10:45am on Sunday.

Mr Marafioti was paddling on his board 25 metres from shore when he felt a tug on his leg rope, which he initially thought was seaweed.

But after moving his leg, he felt something grabbing his leg rope and pulling him underwater, which is when he realised it was a shark attack.

Year 12 student Sav Marafioti (pictured), 17, was attacked by a 1.5 metre bronze whaler shark at Toms Surf Break in Perth’s North Beach at 10:45am on Sunday

Speaking to Nine News, Mr Marafioti said he had initially mistaken the shark brushing against his leg as a piece of seaweed.

‘It (the shark has) grabbed my leg rope and started pulling down and my leg rope’s just started to stretch. I thought I was just going to die,’ he said.

‘I didn’t know what to do, I was stressing and screaming at everyone and everyone was paddling away from me. In the moment, you just think – I’m not going to come out of it alive unless I do something.’

Thinking quickly, Mr Marafioti managed to unstrap his leash and ditch his board before swimming to a friend who paddled him back to the shore. 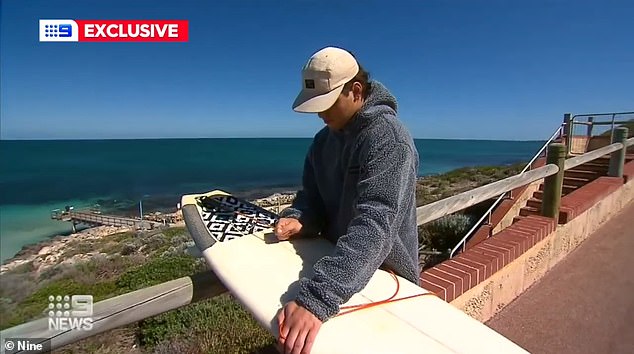 Mr Marafioti (pictured) waxes his surfboard. He was paddling on his board 25 metres from shore when a whaler shark dragged him underwater by yanking his leg rope

Mr Marafioti was not injured in the attack but his leg rope was damaged after being bitten and pulled by the bronze whaler shark.

Bronze whaler sharks are ‘potentially dangerous due to their large size and occurrence very close to shore’, according to Sharksmart.

After his brush with death, the 17-year-old urged people to tell family and friends they love them in case they die. 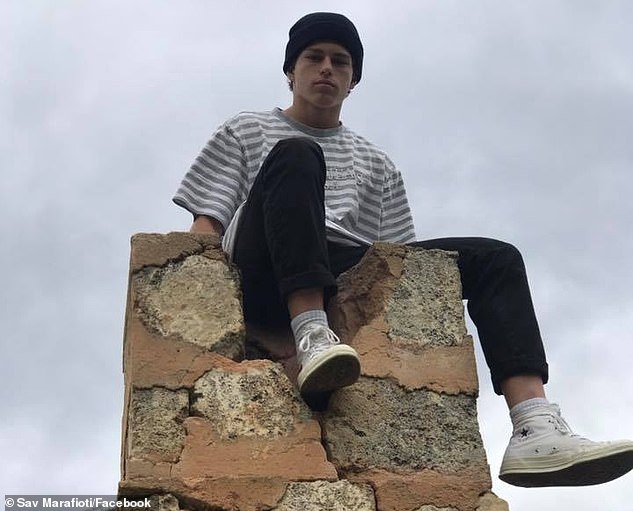 Thinking quickly, Mr Marafioti (pictured) managed to unstrap his leash and ditch his board before swimming to a friend who paddled him back to the shore 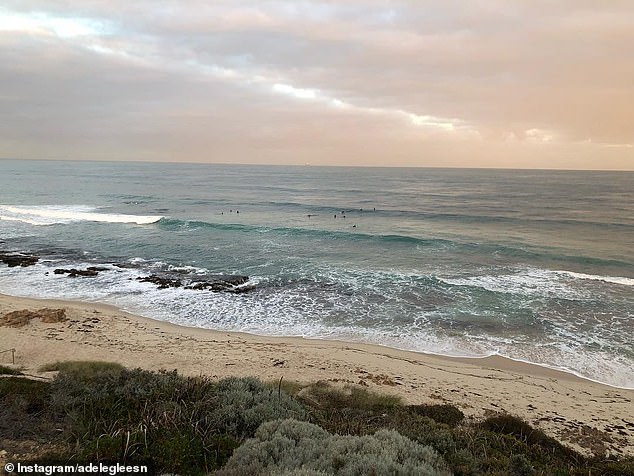 Toms Reef Break at North Beach in Perth. North Beach is currently closed to the public under advice from shark monitoring program Sharksmart

‘Everyone needs to just message your loved ones, message your friends, your family, tell everyone you love them. Just to make sure everything is okay if something does happen,’ Mr Marafioti said.

Mr Marafioti also urged people to report shark sightings, especially since the nearby Scarborough beach has a partial outage of its Shark Monitoring Network.

Two out of three monitors at Scarborough beach have been offline since September 24, according to Sharksmart.

Further south at Cottlesoe Beach, up to three different great white sharks have been detected in the last week. 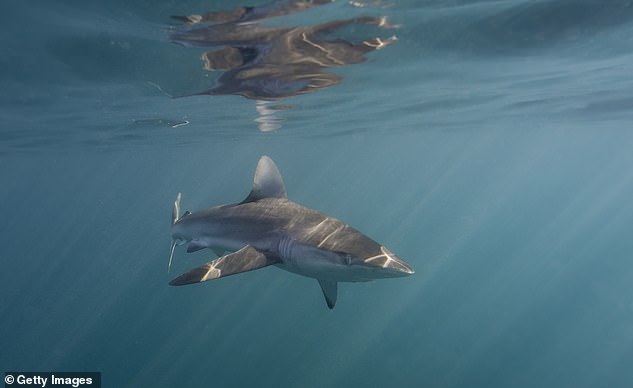 Mr Marafioti was attacked by a bronze whaler shark (one pictured). Sharksmart say they are ‘potentially dangerous due to their large size and occurrence very close to shore’