A young man who had his $24,000 medical paid for by sympathetic Aussies who thought he’d been mugged in Bali has made a grovelling taped admission to local police that his injuries were in fact from falling off a motorbike on a night out.

A friend set up a GoFundMe page, suggesting that Mr Hunt had been brutally attacked in the holiday hotspot – with more than $24,000 donated going towards his medical bills.

However, Daily Mail Australia can reveal that when Bali police investigated Mr Hunt’s claims and spoke to witnesses on the night of the alleged mugging, they discovered he had instead sustained his injuries in a motorbike accident.

Police have since released a video where Mr Hunt reads from a piece of paper, seated alongside his stony-faced mother, Mel, with bandages around his ankle, knee and a brace around his neck.

‘I had an incident in Bali due to falling from a motorcycle,’ he admits in the hostage-style video.

Perth man Lachie Hunt spent six days in Kuta’s BIMC Hospital with a broken leg, bleeding on the brain and a suspected fractured spine. Despite reports he had been mugged, Mr Hunt has since clarified he fell off a motorbike

‘I had lost my memory for two days due to concussion, I was in hospital for six days due to the injuries I suffered from.’

Mr Hunt said he was offered to speak to Australian media outlets but ‘because Bali is my second home, I did not want to put a bad name on Bali’.

‘The Australian media articles that went viral were all incorrect and twisted,’ he continued.

‘This happened due to me not making any statements to the Australian media.

‘The reason the GoFundMe was made, was for friends and family to help pay the hospital bill.

‘In no way did I have any intention for this to go viral and be taken over by the Australian media.’ 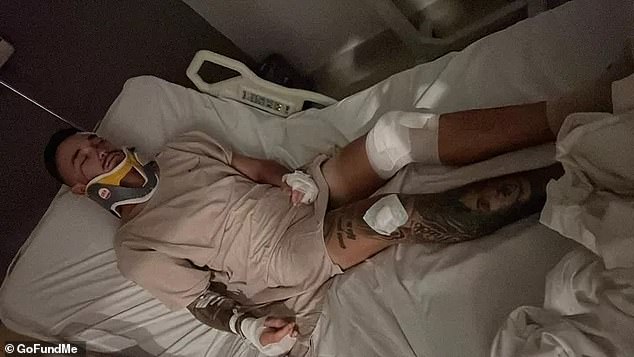 Mr Hunt, understood to be departing Bali, said he was unable to set the record straight at the time of the reports because he had suffered memory loss and was unconscious.

Head of Bali Police Public Relations Commissioner, Satake Bayu, said a witness saw Mr Hunt allegedly driving the scooter at high speed while allegedly drunk at about 4am on January 12.

The witness claimed that after going over a speed bump, Mr Hunt lost control and fell to the ground, causing him to lose consciousness. He later woke up with a ‘face full of blood’, police claimed.

Bayu said Mr Hunt had initially told police he had dropped his phone while on his way home, and when he went to pick it up he felt ‘pushed by an unknown person’. He had no more recollection of the night.

The police commissioner said ‘no elements of robbery were found’.

‘We hope that the people of Bali tourists will use social media wisely and not easily believe hoax news that can give a negative image of Bali,’ he said.

‘The Bali police guarantee the safety of tourists so that tourists can feel safe and comfortable visiting the island of Bali that we love.’

Bayu said Mr Hunt didn’t know who initially claimed he had been mugged, and police will investigate the matter. 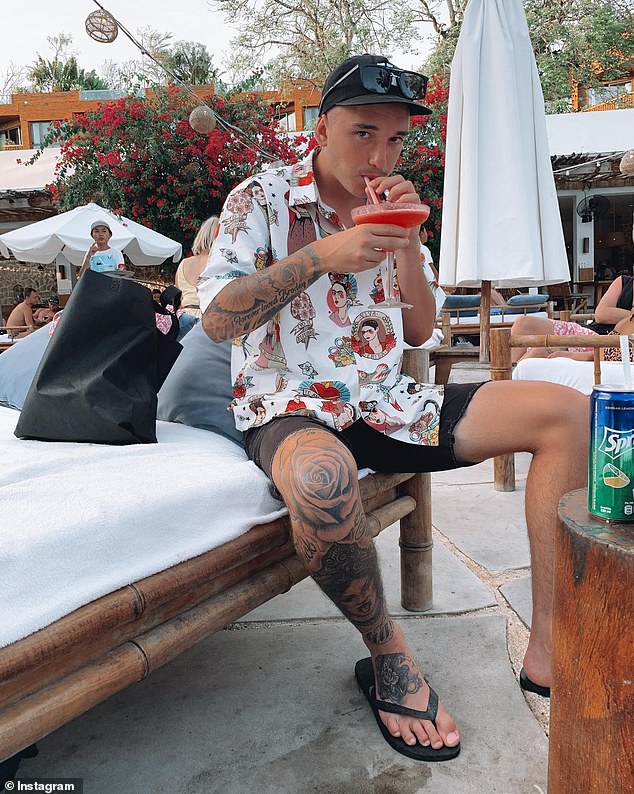 Mr Hunt said he had no intention for his incident to be widely reported, and couldn’t set the record straight because he had suffered memory loss

It is unclear if any sanctions would be given to the person who gave the ‘fake information’, police said.

A friend had written on the fundraiser that it ‘sounds like he’s been mugged and bashed pretty good’.

‘He’s pretty banged up all round. He’s in hospital in BIMC Bali getting the best care but the best care is bloody expensive. So asking if you are able to help out in anyway to dig deep it would go along way and mean a lot to the family,’ the fundraiser said.

His mother flew from WA to be by his bedside as he recovered.

Before the accident, Mr Hunt was a Bali regular, posting numerous snaps of himself at luxurious resorts across the island paradise to his social media accounts.

In a post from October – just three months ago – Mr Hunt revealed his hopes of moving to Bali permanently.

‘One day I’ll get to call this place home…’ he wrote alongside a photo of him walking down a busy street in Kuta. 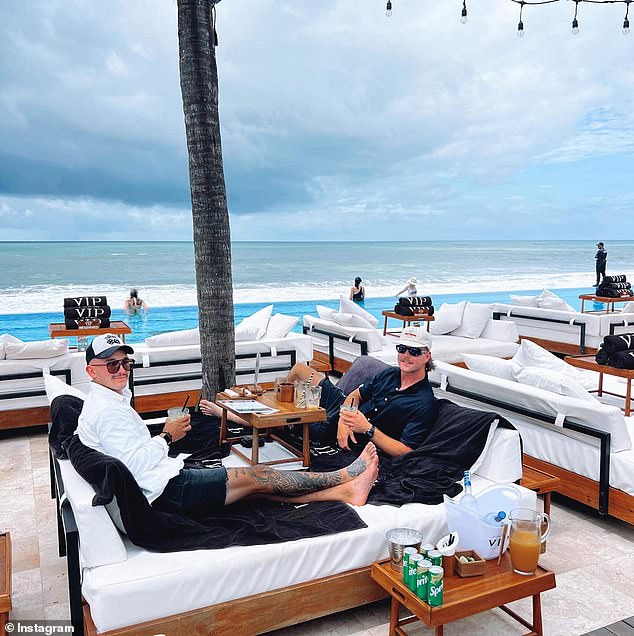 Before the accident, Mr Hunt was a Bali regular, posting numerous snaps of himself at luxurious resorts scattered across the island paradise to his social media accounts