The truth behind this mum’s post-baby photo: Personal trainer, 33, reveals what her tummy REALLY looks like after having three children

A personal trainer mum has revealed what her body really looks like after having three children by uploading two different photos of her body after childbirth.

Chontel Duncan, 33, from Brisbane, posted one photograph of herself in a sports bra and shorts looking strong and toned on Instagram, and one in the same outfit where her shorts are pulled down and you can see her loose skin.

‘I’m just keeping it real,’ Chontel wrote alongside the snaps.

Personal trainer mum-of-three Chontel Duncan (pictured) uploaded two photos to show the reality of childbirth; one in which she looks toned and lean 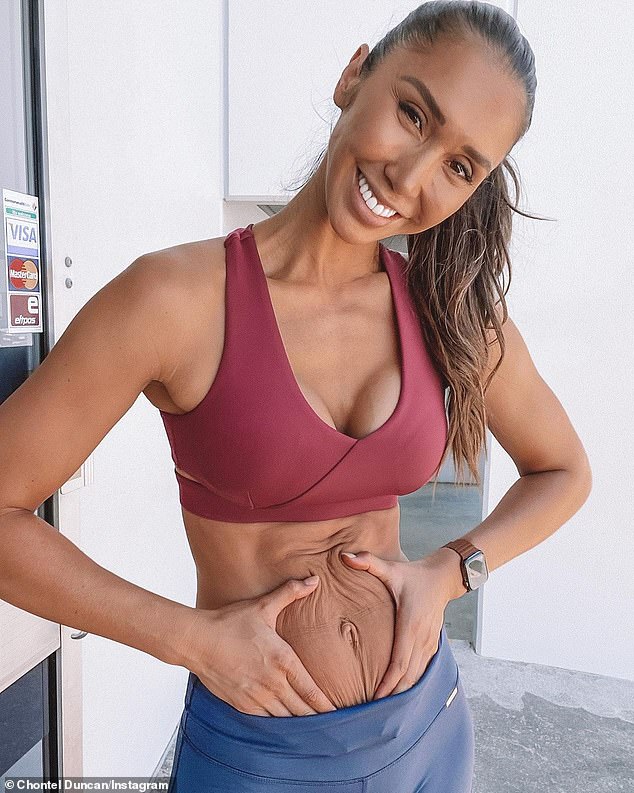 In the second photo, Chontel (pictured) said she wanted to ‘keep it real’ and show that everyone has some loose skin

‘Of course, when I press my stomach I’m going to showcase my loose skin. This is NORMAL, I mean my body stretched three times over in the space of four years.’

The 33-year-old fitness professional continued to say that her body ‘looks different and showcases muscle tone, excess fat/skin, curves and bone differently, depending on what angle I’m in and what time of the day the photo was taken’.

‘This doesn’t mean my second image is misleading in any way, because that’s legitimately how I look when I flex and stand tall in flattering apparel,’ Chontel added.

Chontel said the reason why she felt compelled to share the two images is because she wants ‘women to feel confident and normal’, because growing a baby inside your stomach isn’t easy.

‘I don’t want women to ever feel like they’re doing something wrong, or to put any pressure on themselves when they see a well-posed photo with good lighting,’ she added. 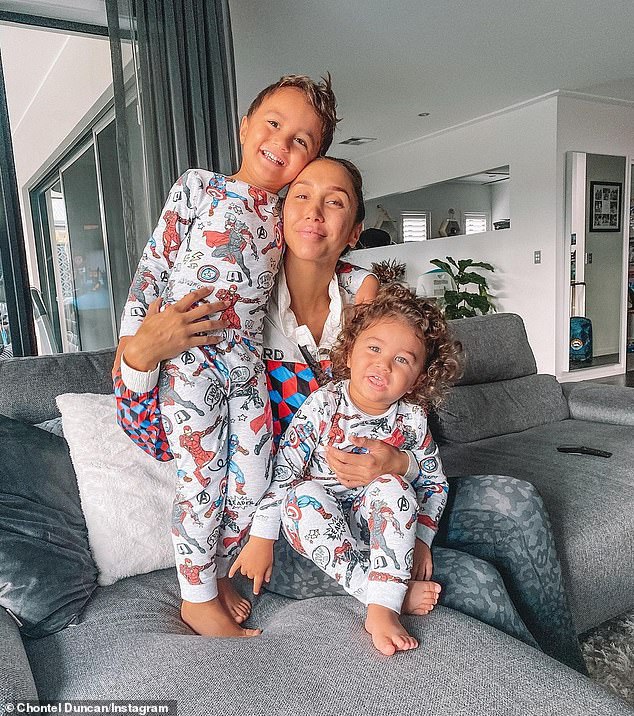 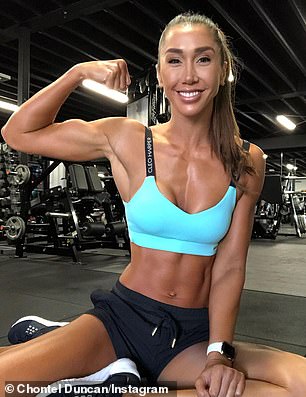 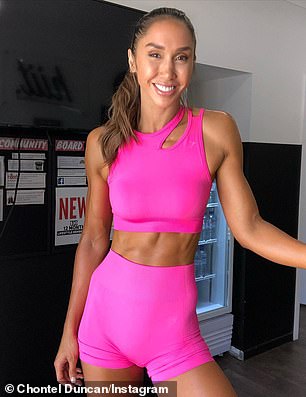 Chontel’s honest post struck a chord with her thousands of followers, who said her photos helped them to ‘feel normal’ (the PT pictured)

Chontel’s honest post struck a chord with her thousands of followers, who said her photos helped them to ‘feel normal’.

‘Thank you so much for this message,’ one fellow mum posted.

Another added: ‘I don’t know you, but I like you’. 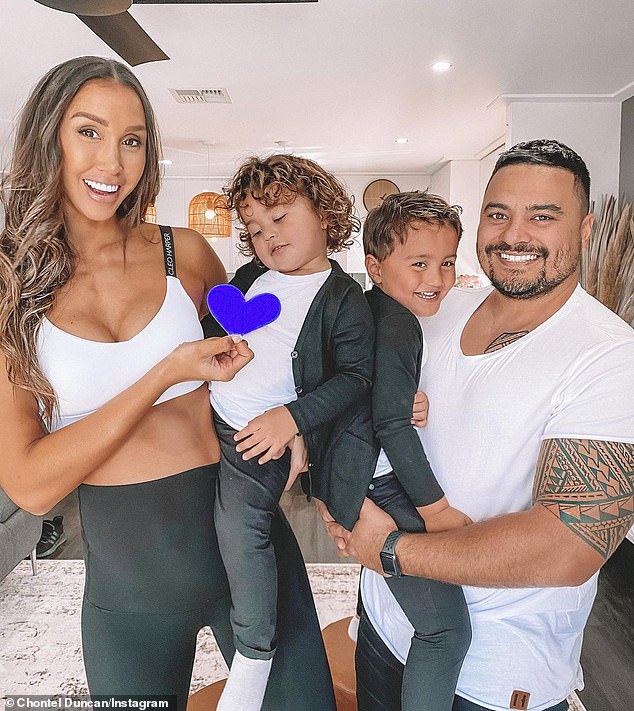 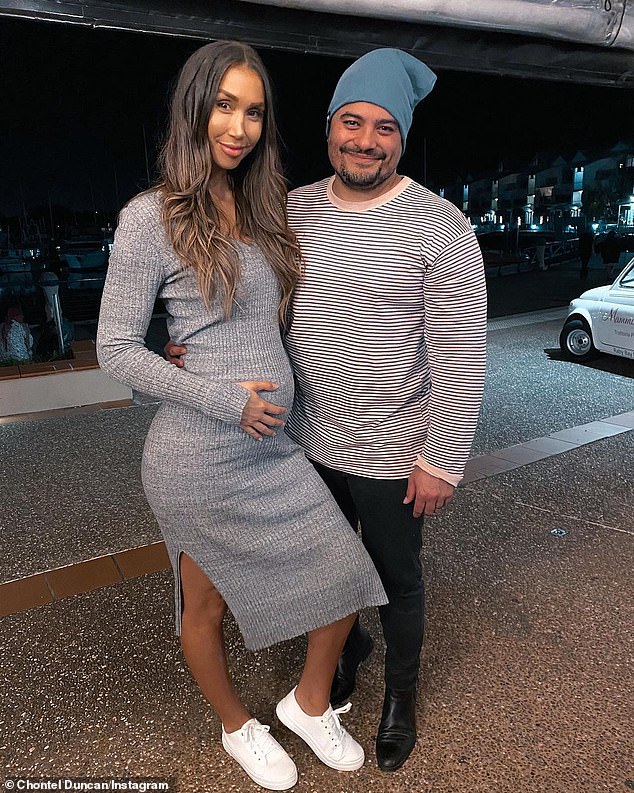 After eight years as a fitness coach, Chontel has learned it’s best to exercise ‘because you want to, not because you need to’ (pictured with her husband)

Chontel has made a name for herself over the years as a personal trainer, and she has stayed in shape despite having three children.

After eight years as a fitness coach, Chontel has learned it’s best to exercise ‘because you want to, not because you need to’, and to stop chasing a number on the scales which becomes unsustainable, leading to weight gain in the long run.

Chontel said it’s important to remember that exercise is a choice, and should be something we enjoy as opposed to a chore.

‘For a long time my mind was fixated on this need to exercise to get fit or lose weight, which made it hard to stick to a routine because it felt like a chore,’ she said.

‘The minute I started saying I wanted to work out, because I wanted to feel good, the game changed.’

What is Chontel Duncan’s day on a plate? 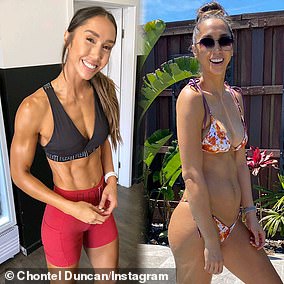 Chontel (pictured) shared a day on her plate