James Milner was tormented by Manchester City on Sunday but Pep Guardiola left Anfield seething that the Englishman wasn’t sent for an early bath.

The former City man’s 19-year career appeared to be catching up on him as 21-year-old Phil Foden tore him apart. 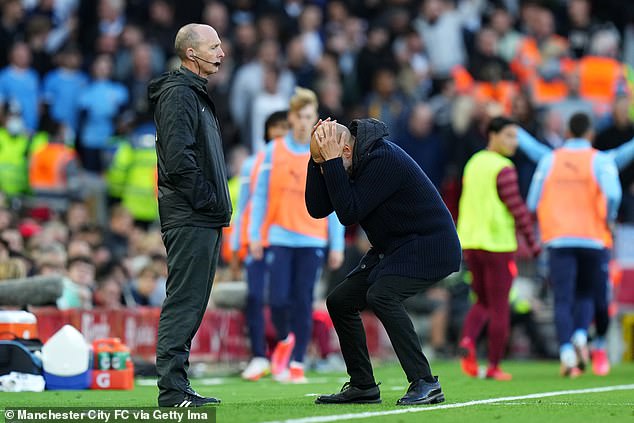 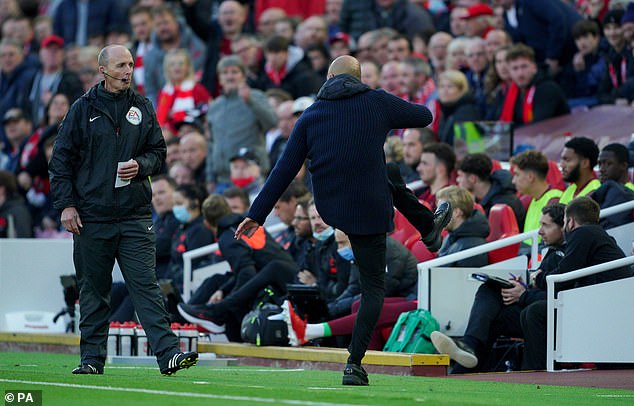 Milner’s first big let-off came in the first-half. The full-back didn’t have the pace to track Foden as he burst towards the box, cutting across the England international inches outside the area.

The referee waved it away to Foden and Guardiola’s disgust, but the City boss’ fury was stoked to boiling point in the second-half.

Milner upended Bernardo Silva but somehow, despite having already earned himself a yellow card, play continued.

Mike Dean was the fourth official at Anfield and Guardiola vented his anger to the infamous referee, with the Spaniard deploying his usual routine of animated gestures on the touch-line. 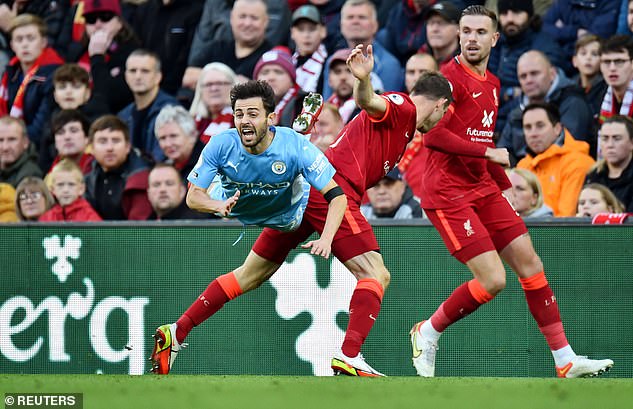 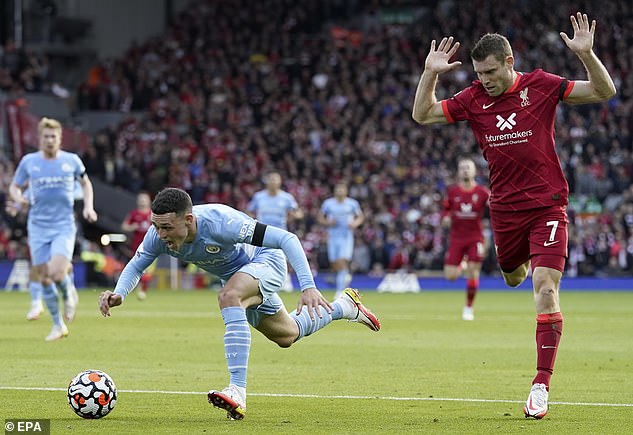 ‘That is too clear – but it’s Anfield, [like] it’s Old Trafford. In this situation, a City player is sent off – 100 percent.

‘Even so, we came through the situation and made it 1-1, 2-2. Their [officials’] interpretation is too unclear, sometimes.’

Milner was hauled off for Joe Gomez after 78 minutes, though Jurgen Klopp was fortunate not to rue making the change earlier.

Guardiola looked much happier at full-time, greeting the away section after his side came from behind to seal a point against their Premier League title rivals. However, former City defender Micah Richard’s was disgusted.

‘It’s ridiculous. We have to be impartial, and I’ve got my alliances to Man City. But that is a yellow card,’ Richards said on Sky Sports. 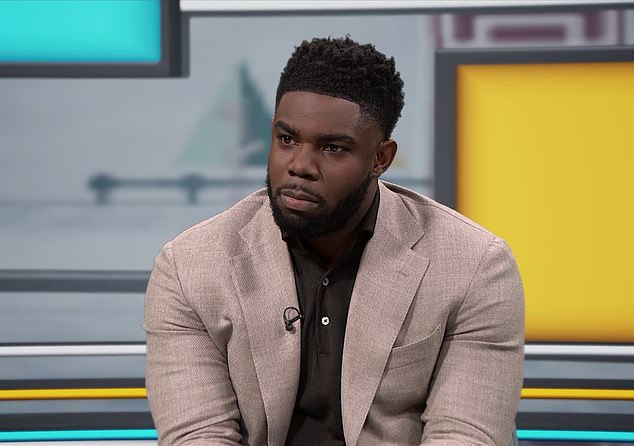 ‘The referee has had an absolute shocker and I don’t understand how that is allowed to happen.

‘We can see it from up here – it’s a yellow card. How can you not be giving that decision? It’s absolutely baffling and it’s annoying to be honest.

‘People know how hard it is to come to Anfield, it’s one of the toughest places to come in Europe. But he was influenced by the crowd today – because how can that not be a yellow card?

‘James Milner is one of my best mates but you have to tell the truth of the situation. It’s a yellow card, it changes the game. He should have been sent off.’