Pep Guardiola tells Jurgen Klopp Liverpool are STILL Premier League title contenders ahead of their clash at Anfield, after Reds boss wrote off their chances of catching Man City

Pep Guardiola has insisted that Liverpool remain in the Premier League title race – and told his Manchester City stars to become tougher against their rivals.

City, who could extend the gap with Liverpool to 16 points with victory at Anfield on Sunday, have lost the last two meetings between the pair.

The Reds beat them in last season’s FA Cup semi-final before lifting the Community Shield in August. Guardiola saw aspects of both performances that he is demanding improvement in. 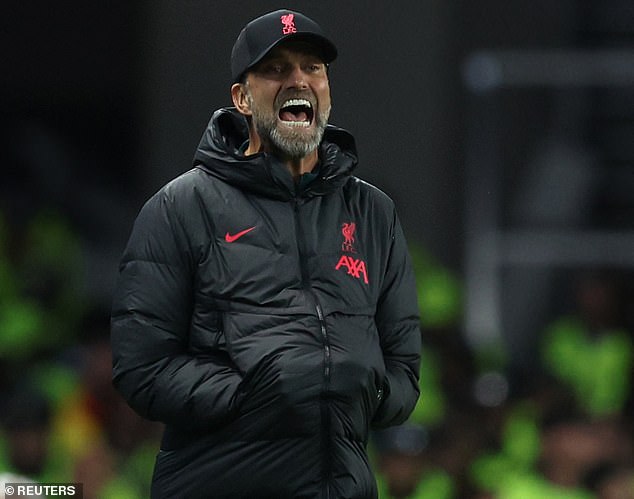 ‘In the last two games we were a little bit soft,’ he said.

‘You have to win duels. When they push you, you have to push. The semi-final of the FA Cup it was tough to recover from the Champions League (quarter-final against Atletico Madrid).

‘You have to behave at a top, top level. Being active in the second balls and many things. In Anfield, we are not losing without personality. I had the feeling that we behave really well in Anfield.

‘The opinion I have of Liverpool is that nothing changes with the situation in the table. Liverpool were fighting for four unprecedented titles. 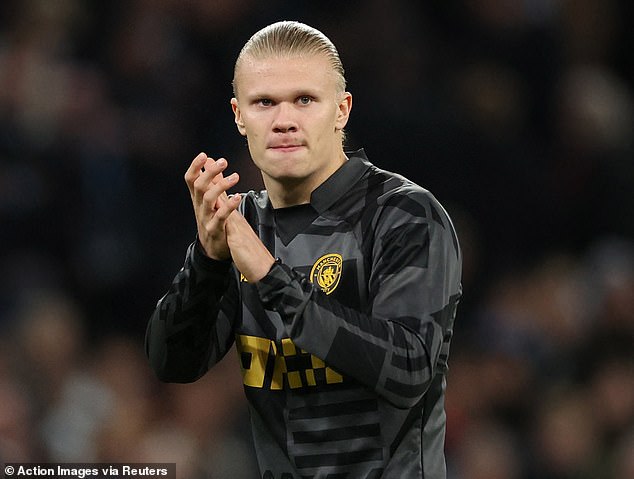 ‘They couldn’t achieve something because of just two little details. This is the same team. We will have bad moments. It’s the nature of the competition.’

City staff are still checking the results of Jurgen Klopp’s side before anyone else in the division and Guardiola still considers them their major challengers for the title.

Klopp has, however, played down the prospect of Liverpool making up the ground.

‘They always have been, always is and always will be – yes,’ the City boss added.

‘I know the quality they have. They know the quality we have. If it was 10 games left then I’d say Liverpool can’t catch the top of the league but the situation we are in, with the World Cup… 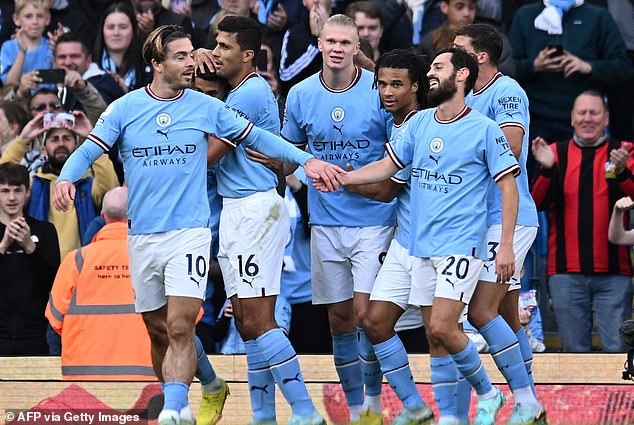 ‘The table never plays in a game. The game will be dictated by what happens on the pitch, not that we are ahead.’

Guardiola confirmed that top scorer Erling Haaland, who already has 20 goals in all competitions, is available for the trip. Haaland did not feature during the midweek draw in Copenhagen.

He said that the 22-year-old will be afforded time away during the World Cup.

‘Then we will come back and reignite our rhythm. I’m pretty sure he would prefer to go to the World Cup with Norway.’