EXPRESS INFORMER > News & Politics > People who don’t wear face masks are up to TWICE as likely to test positive for Covid, data suggests

Britons who don’t wear face masks indoors are up to twice as likely to test positive for Covid compared to people who wear them all the time, data implies.

Among those who said they sometimes wear a mask indoors, figures suggest they are a third more likely to get infected.

Boris Johnson made coverings optional in England on Freedom Day in July, despite No10’s top scientists urging them to be kept mandatory.

Surveys suggest around one in ten Britons — around 4million people — have already stopped wearing them, amid growing belief that the worst of the pandemic is over.

Face masks help stop the spread of the coronavirus by catching miniscule droplets exhaled by infected people. But the science on how well they work has been patchy, although experts insist the benefits of wearing coverings are obvious. 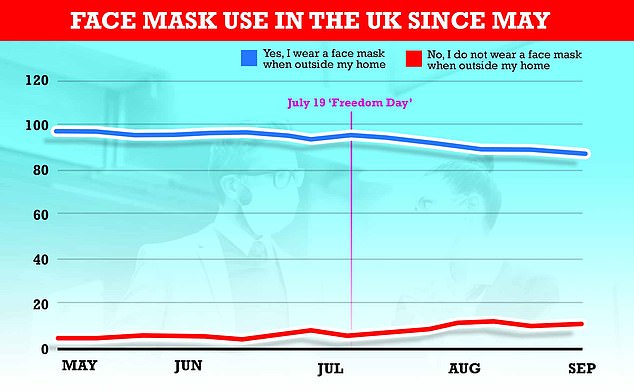 Since face masks became optional in England, the number of people not wearing them has risen across the country. One in ten Britons now do not wear face masks. The above graph shows the proportion of people saying they did use the coverings up to September 5 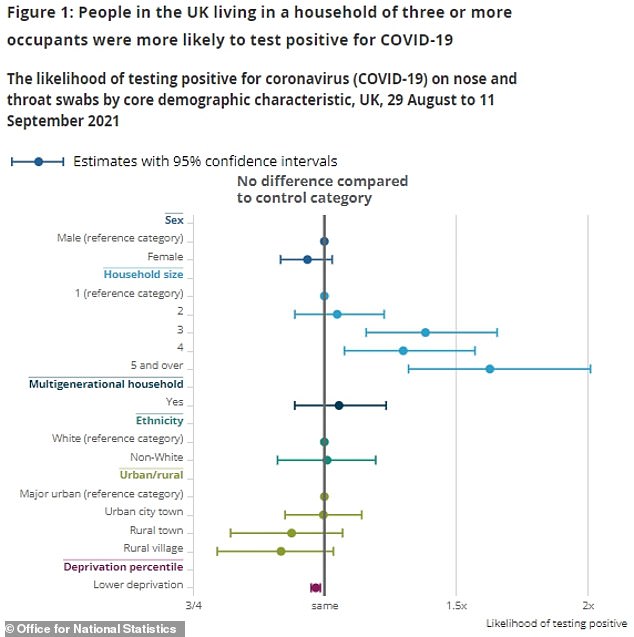 The above figure shows the risk of testing positive for Covid by sex, household size, multigenerational households, ethnicity, whether someone lives in an urban or rural area, and deprivation 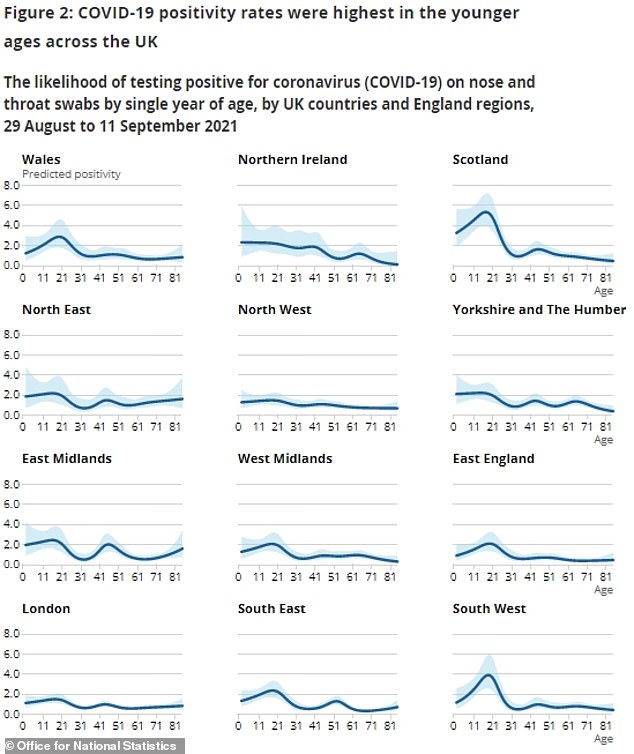 The above graph shows Covid positivity rates were highest in younger age groups over the two weeks to September 11, the latest available 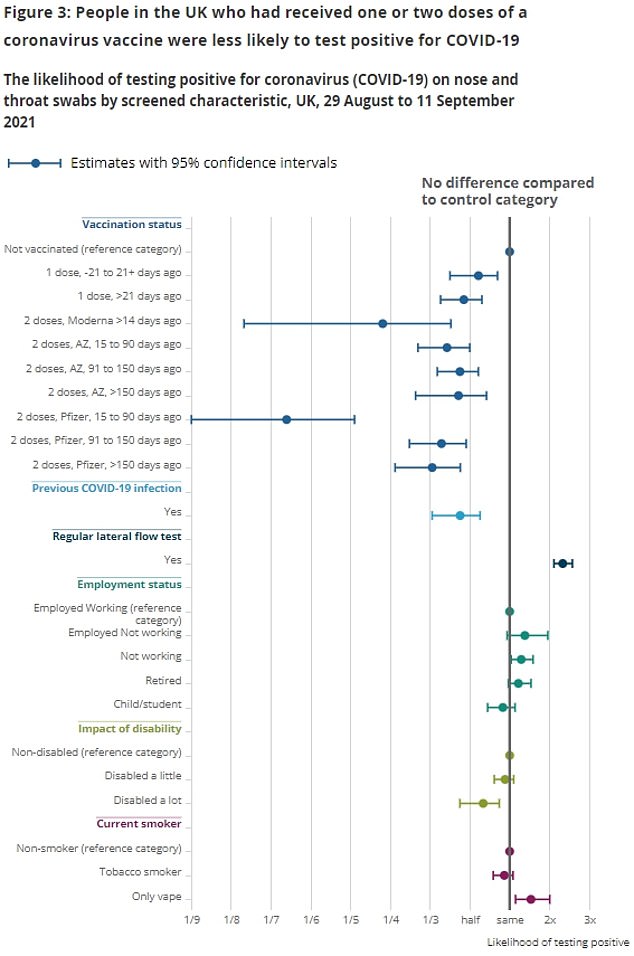 The above graph shows the estimated risk of testing positive for Covid by vaccination status, previous Covid infection, employment, disability and smoking

Vaccinated people are up to 65% less likely to test positive

Double-vaccinated people are up to 65 per cent less likely to catch the virus than those who still have not got their jabs, data suggests.

Latest ONS data suggested this was the case for AstraZeneca-jabbed people up to 150 days after their second dose.

For Pfizer recipients, they were 48 per cent less likely to get infected.

Studies show that the vaccines slash the risk of hospitalisation and death from the virus.

But that it does not block an infection in every case.

There is also evidence that protection offered by the vaccines wanes over time.

Boris Johnson has launched a booster programme to ‘top up’ immunity against the virus among over-50s.

The Office for National Statistics (ONS) analysis was based on data from its weekly Covid surveillance report.

It looked at people who tested positive for the virus between August 29 and September 11.

It found people who said they never wore face masks indoors were up to 98 per cent more likely to test positive those who said they always wore them.

And people who said they sometimes wore face coverings were around a third more likely to catch the virus.

Some of the respondents did not need face masks during the study period because they were isolating at home.

There were 869 positive cases among those that always wore masks (0.9 per cent).

England does not require face masks to be used at present but they are still required on Transport for London.

But should the NHS come under unsustainable pressure this winter, Boris Johnson has warned they could be made mandatory again in public places.

Scotland still has rules saying masks must be worn in shops, on public transport and in restaurants and pubs when seated.

In Wales, the coverings are still mandatory on public transport and in public areas indoors.

And in Northern Ireland they must still be worn in shops and hospitality venues.

Throughout the pandemic there has been fierce scientific debate about how well they guard against transmission, despite nearly every country in the world mandating or encouraging their use. 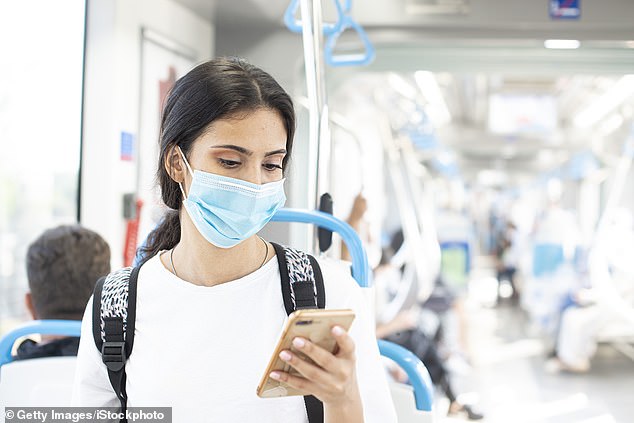 Britons who do not wear face masks indoors are more likely to catch Covid than those that do, data suggests (stock)

Experts previously told MailOnline that vaccines were doing such a good job there was little reason to wear face masks.

But they said the coverings could still be beneficial in hospitals, care homes and crowded places with poor ventilation such as the tube.

They said high grade FFP3 masks would be the best option, over homemade cloth masks.