Forget me not! People reveal the VERY random souvenirs kept from failed relationships – including underwear, a KitchenAid and an ex’s Mercedes Benz

These confessions prove that even with time it can be difficult to move on after the breakdown of a relationship.

People from around the world took to anonymous sharing app Whisper to reveal the most random souvenirs they’ve kept from a past relationship – and it’s sure to make you think about the most sentimental items you still have hanging around.

Many people admitted they still value jewellery and clothing gifted while they were either dating or in a marriage.

One woman claimed she still has a Mercedes Benz that she stole back from her ex-husband the night before he went away, while elsewhere, a man bizarrely admitted to keeping the underwear that belonged to his crush.

People from around the world have confessed the random items they’ve kept after a break-up in an anonymous thread on Whisper – including one person, from an unknown location, who kept a Swiss Army knife 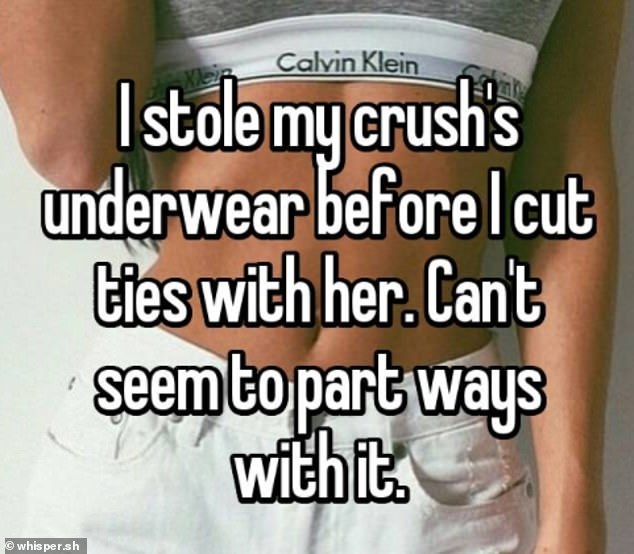 A singleton, who lives in London, confessed he’s struggled to get rid of his crush’s underwear since cutting ties with her 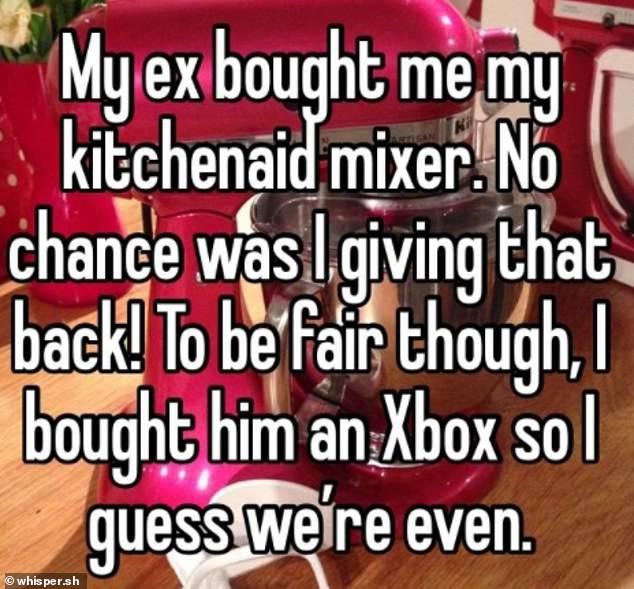 Another anonymous individual, from an unknown location, admitted they don’t feel guilty about keeping a gifted KitchenAid mixer after forking out for an Xbox for her ex 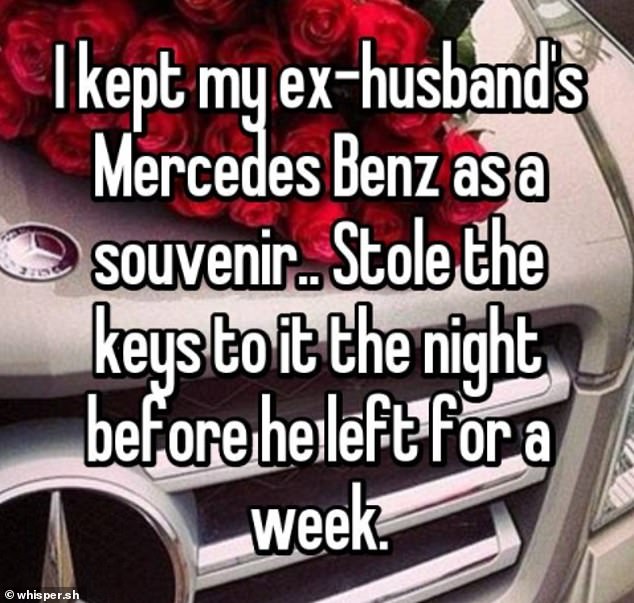 A woman, from an unknown location, claimed she managed to steal the keys to her ex-husband’s Mercedes Benz and has kept it as a souvenir 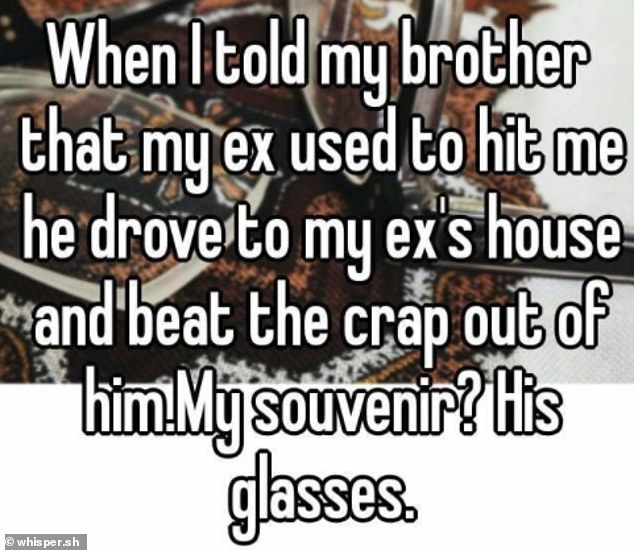 One woman, who lives in Florida, revealed she was able to keep her ex-boyfriend’s glasses after telling his brother about the way she was treated 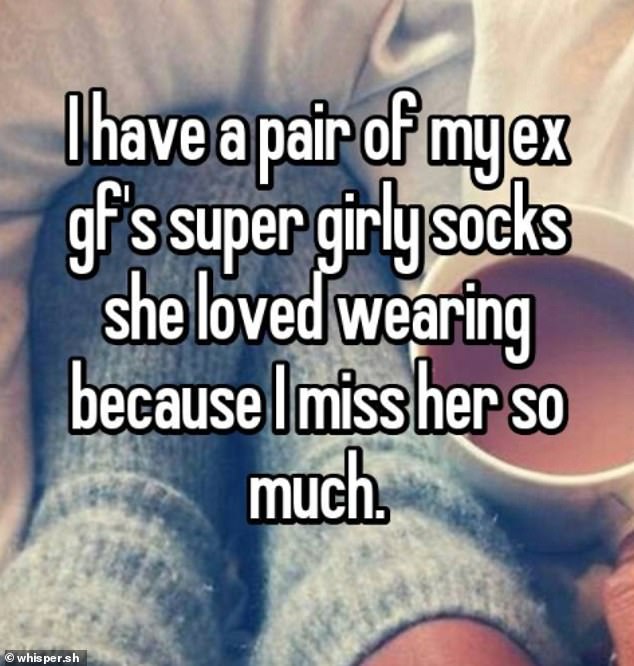 Another person, from Alabama, admitted he’d kept his ex-girlfriend’s socks because he misses her 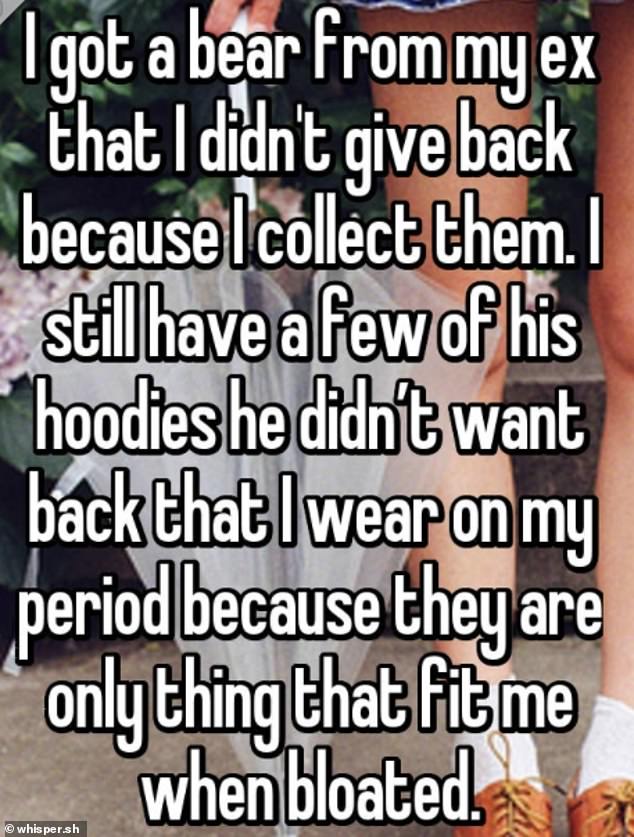 A woman, from an unknown location, said she refused to give her ex-boyfriend a bear because she collects them and has also kept a few of his hoodies 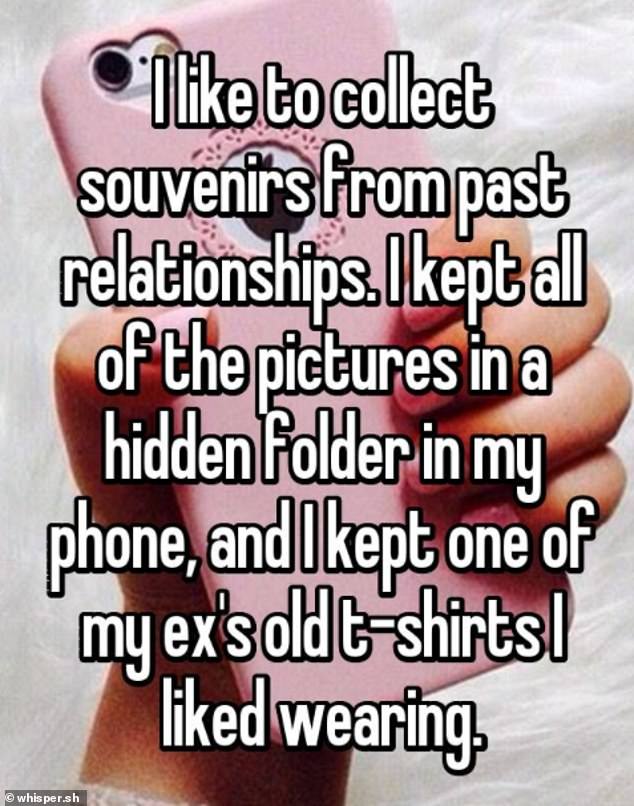 One person, from an unknown location, gushed that they like to keep souvenirs -including old clothing and photos that they keep in a hidden folder on their phone 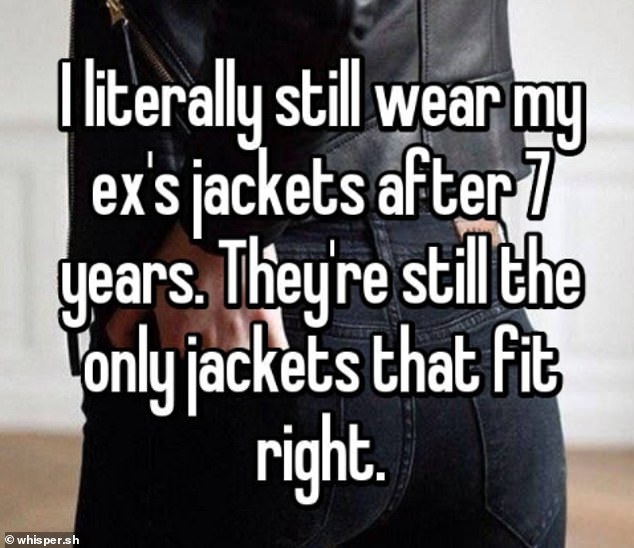 Another individual, who lives in the U.S, revealed they’ve been wearing their ex’s jackets for the past seven years 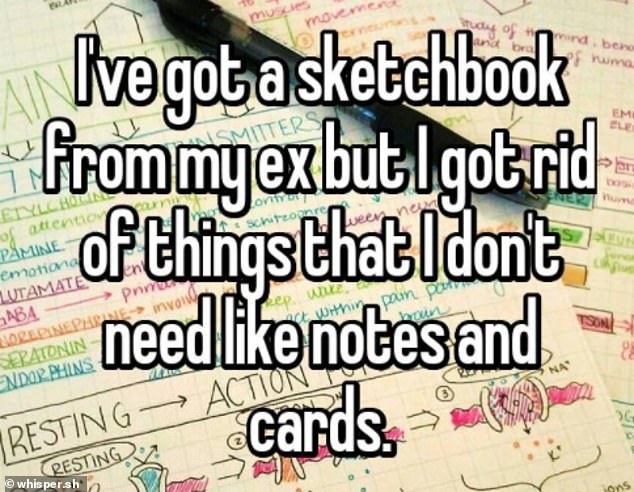 An individual, from an unknown location, who kept a sketchbook from their ex said they’ve removed notes and cards because they don’t need it 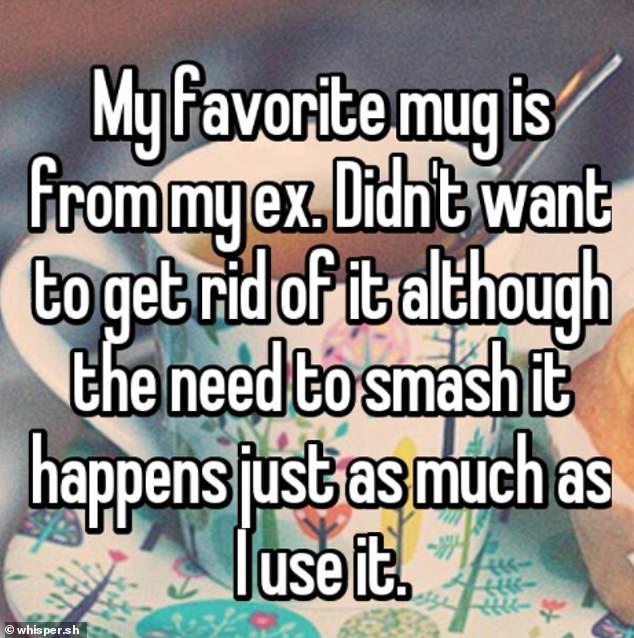 One person, from an unknown location, said they often feel like smashing their favourite mug which was gifted to them by their ex 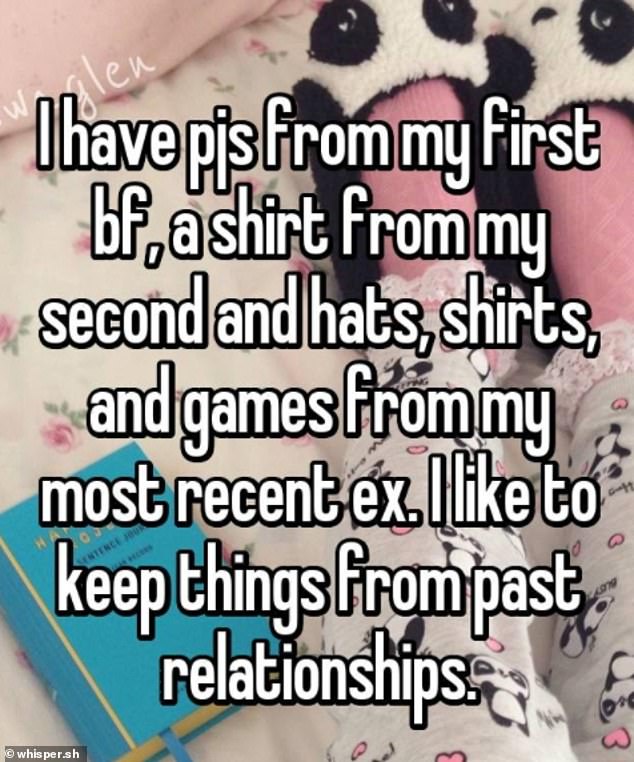 Another individual, from an unknown location, admitted she has kept pyjamas, clothes and games from past relationships