Pensioner, 75, ‘loses everything’ after stray firework landed in her garden and set fire to rattan furniture before spreading to her downstairs

A pensioner has ‘lost everything’ following a fire in her home caused by a stray firework on Bonfire Night.

Pauline Perry, 75, did not notice until too late that a firework had set fire to her rattan garden furniture, outside her home in Norris Green, Liverpool.

The inferno raged so close to Pauline’s house that it caused the patio door to ‘pop’.

As the pensioner hurriedly tried to move the patio furniture away from the house, the flames leapt into her living room through the open door and began relentlessly tearing through the downstairs of her property, reports Liverpool Echo.

The blaze at the property in Norris Green, Liverpool, was caused by a stray firework that set light to garden furniture before consuming the inside of the house 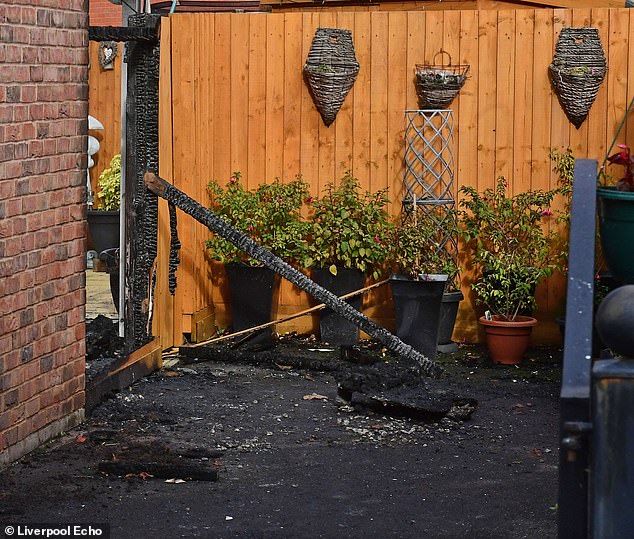 The homeowner, 75-year-old Pauline Perry, had recently lost her partner after he was hospitalised with sepsis in in September

Four fire engines were scrambled to the property at around 7.30pm on November 5.

Pauline, who is said by a neighbour to be ‘in a bad state’, lost her partner in September after he was admitted to hospital with sepsis.

‘She was only just readjusting after her husband’s passing and then for this to happen – there’s just no justice’ said Steve Finlay, Pauline’s neighbour.

Steve, 68, said: ‘I know Pauline has the same views as me when it comes to fireworks already and that is we should no longer be selling them’.

‘Only organised displays should be allowed and there should be a stop on selling fireworks to households. It isn’t acceptable’, continued Steve.

Steve, who has taken Pauline into his home, explained the 75-year-old did not immediately spot the growing fire on her patio because her curtains were shut.

Pauline is originally from Wolverhampton, West Midlands, but moved to Liverpool with her late husband around six years ago.

A GoFundMe page has been set up to help Pauline ‘get back on her feet’.

Alistair Smith, a local from a neighbouring street who set up the GoFundMe, said: ‘Pauline is okay but just in a bad state.

‘We’re hoping to raise some money in the community just to her through it all – every little helps.’ 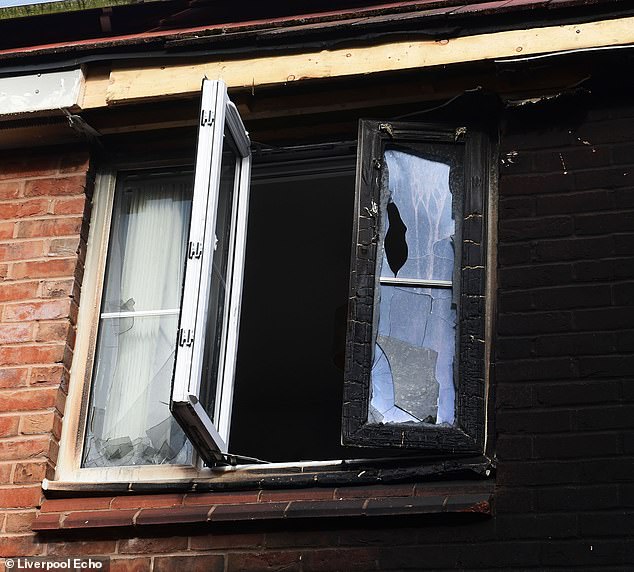 The patio furniture fire caused the door into the living room to ‘pop’ open and the blaze leapt inside, tearing through the downstairs of her property 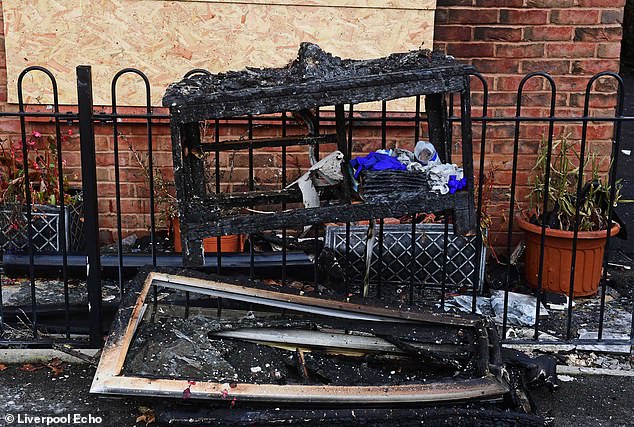 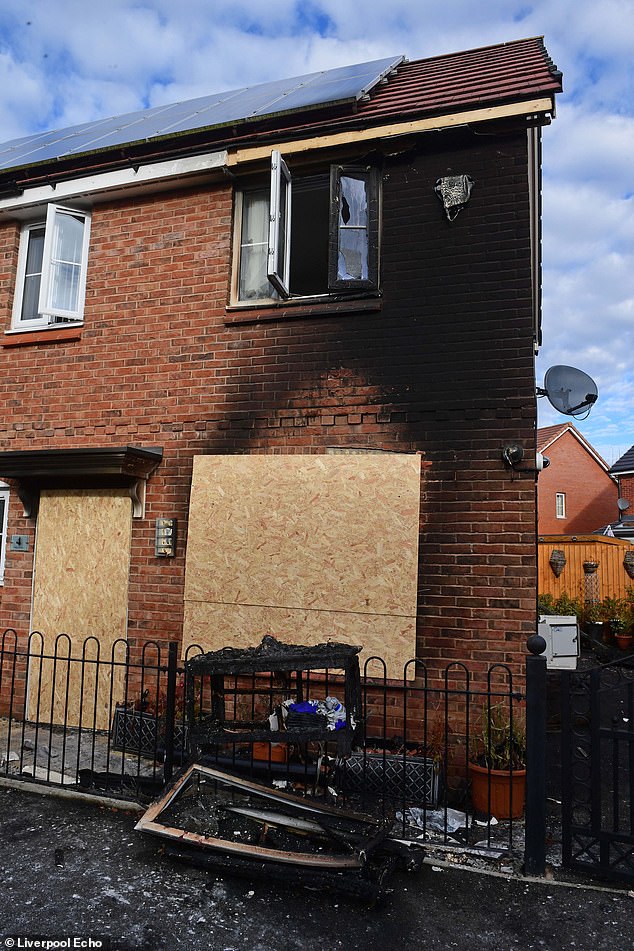 A spokesman for Merseyside Fire and Rescue said a stray firework was to blame for the incident and that it was not a targeted attack.

They said: ‘Firefighters arrived to find the ground floor of a two-storey detached property well alight and committed 2 teams of two firefighters, with a hose reel jet each, one team fighting fire, the other searching the house for occupants.

‘One occupant was out of the property when crews arrived and an ambulance was requested for precautionary checks. 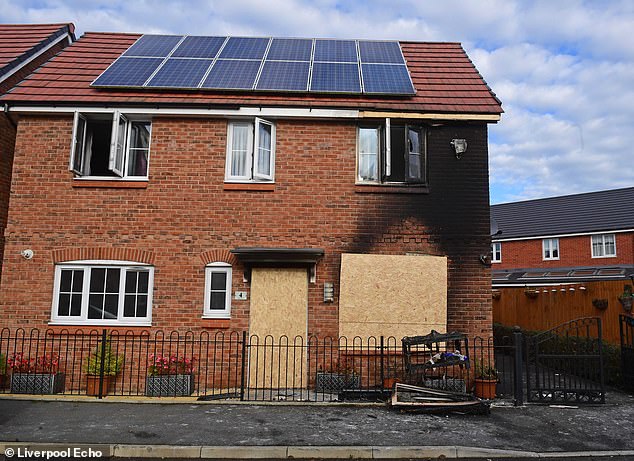 Pauline’s house has been boarded up following the fire damage, and she is having to live with her neighbour temporarily

‘An investigation revealed that the fire had been caused by a stray firework igniting garden furniture which had then spread to the property.’