Pension system is a ‘slow-motion car crash’ as workers in their 40s risk not saving enough, ex-minister Steve Webb warns: How much do YOU need to save for your retirement?

By Tilly Armstrong For The Daily Mail

The UK pension system is a ‘slow-motion car crash’, a former minister has warned.

Sir Steve Webb, who was pensions minister in David Cameron’s coalition government and is This is Money and MailOnline’s retirement columnist, said there was a generation of middle-aged people at serious risk of not saving enough for retirement.

Older workers in their 60s are more likely to have benefited from the golden era of generous defined benefit pensions, while younger people in their 20s have longer to build up a decent pot of money.

But there is a huge cohort of people in their 40s who missed out on generous workplace pensions and might be contributing only a minimum amount now through auto-enrolment, Sir Steve told a work and pensions committee hearing yesterday.

‘If I were to characterise the direction of pensions in the UK, the best analogy would be a slow-motion car crash.

‘We are seeing something which I have described as the ski slope of doom, which is the death of traditional defined benefit pensions.’

Most employers have abandoned salary-linked defined benefit schemes because they are too expensive.

Most instead offer defined contribution schemes where pensions are determined by the amount workers pay in and how well their investments perform.

Automatic enrolment into workplace pension schemes was introduced in 2012. The minimum contribution is 8 per cent of earnings, with employers paying in at least 3 per cent.

But Sir Steve, now a partner at pensions consultancy Lane Clark and Peacock, said: ‘If we are serious about pensions then we have got to get serious money going in and a 3 per cent contribution from the employer is a joke long-term’.

He also criticised the ‘pathetically low’ number of self-employed workers saving into a pension.

And he called for urgent reform around retirement outcomes for women, raising concerns about the number of mothers missing out on state pension credits.

How to top up your work pension

A simple (and potentially cheap) option is to top up your pension fund – find out how here.

Separate research recently published by B&CE, provider of workplace scheme The People’s Pension, found that around 7.4 million pension savers make the minimum employee contribution required by law, and just 7 per cent understood that this would fund only a basic retirement.

The industry says even with a state pension of £9,339, that would leave them unable to afford to run a car and limited cash to spend on leisure, food and drink.

Most workers think that because the rates are set by Government they will be left with enough savings, the research found. 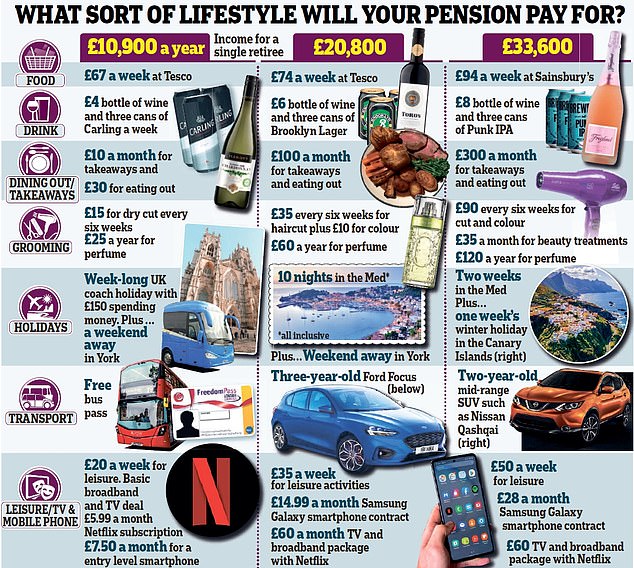 How much income will you need in retirement?

In response to reader question on how much you need to save for retirement, Steve Webb offered the following advice: 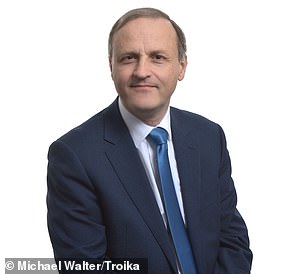 Former pensions minister and This is Money columnist, Steve Webb

The first thing to work out the income you will need to deliver the kind of retirement you are targeting.

A useful benchmark is provided by the Pensions and Lifetime Savings Association who have done a lot of work on retirement living standards.

The PLSA have looked at the amount of money you would need in retirement for a pretty basic standard of living, covering your key outgoings and with a little bit to spare.

They call this a ‘minimum’ standard of living.

And third they have estimated what you would need to fund a retirement with plenty of financial freedom and scope for luxuries. They call this a ‘comfortable’ retirement.

For each of these types of retirement, PLSA have then worked out how much annual income you would need, providing separate figures for singles and couples. These are shown in the table below and for a moderate retirement, the figures are £20,800 for an individual and £30,600 for a couple.

I am going to assume you are targeting what they call a ‘moderate’ standard of living in retirement – above the breadline but not too luxurious.

I will also assume that you are a single person and therefore you are targeting an annual income of £20,800.

To start with the good news, your state pension should get you nearly half the way there.

From April 2022, the full new state pension is worth an annual £9,628, and most people with a full working life should get that amount. You can check your state pension forecast here.

How much should you save for your pension?

Pension experts typically say that rather than contributing 8 per cent of earnings under auto enrolment, people should be putting away at least 12 per cent, writes Simon Lambert.

One influential report said the UK should set a national target of every worker saving 15 per cent of their salary, including employer contributions and tax relief.

The good news is that pension tax relief, which gives a 25 per cent uplift to make up for basic rate tax for every £1 paid in – and more for higher earners – alongside employer contributions go some way to meeting this figure.

So, for example, for someone with a generous employer who will match their contributions up to a relatively high level, this would mean paying in just under 6.7 per cent of their salary, with their employer contributing the same and basic rate tax relief adding a further 1.675 per cent, to deliver a total of 15.075 per cent.

There are also some general rules of thumb for working out what percentage of your salary needs to be going into a pension, in terms of your and your employer’s contributions.