She said she was in her garden when she was stung all over her body – including under the eye – which left visible welts. 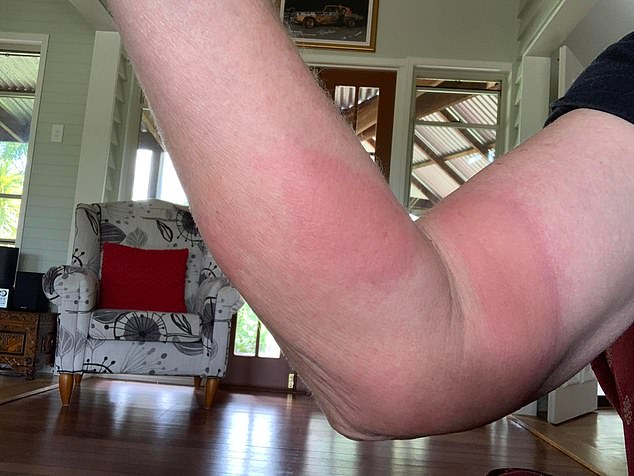 The swarm of wasps attacked the politician as she was gardening, leaving welts on her arm (pictured) and other parts of her body, including her face and ears

She shared the news on Facebook, with some of her 432,000 followers happy to offer helpful advice to numb the pain

‘I didn’t see my weekend gardening turning to this. Any tips on numbing the pain and reducing the swelling are greatly appreciated.’

A number of her followers on social media were quick to offer suggestions to numb the pain.

Another stated ‘Ouch, keep tabs on that, if gets worse definitely see a doctor. Ice packs and an antihistamine comes to mind.’

Hanson responded to that recommendation, revealing she had ‘been stung at least 12 times. Face, ear, arms, leg and hand all stung.’

She later thanked everyone for their helpful advice, before declaring she was applying an ice pack and had taken three antihistamines to numb the pain. 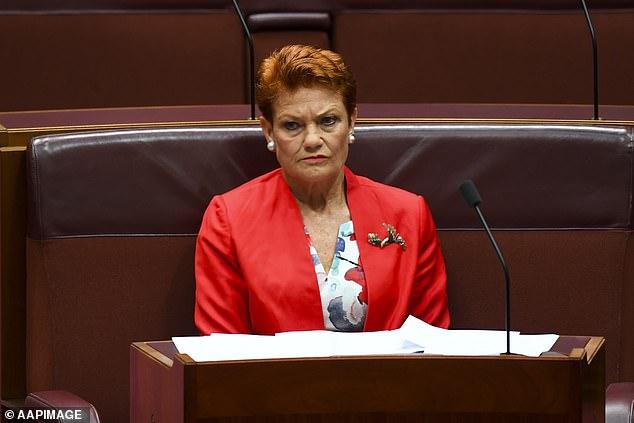 Despite polarising opinions across Australia, Pauline Hanson has forged an impressive career in politics (pictured at Parliament House in Canberra)

The One Nation founder has an unfortunate record with bugs, she was left ‘unrecognisable’ after being bitten on the face by a tick in 2019.

She was forced to cancel her public appearances after her face has seized up due to a severe allergic reaction.

The symptoms are more common in children than adults, the federal Department of Health said.