Pauline Hanson, 67, refuses to attend parliament workplace training because she is ‘TOO OLD to sexually harass anyone’

One Nation leader Pauline Hanson has refused to attend ‘respectful workplace’ training because she’s ‘too hold to sexually harass anyone’.

But Senator Hanson, 67, has refused to take part, with her spokesman telling Nine Newspapers ‘she’s too old to sexually harass anyone.’

Liberal Senator Gerard Rennick has also refused to sign up, saying the program would not actually help women’s safety.

The face-to-face training is mandatory for ministers and their staff but voluntary for the opposition and backbenchers.

In February, Ms Higgins came forward with allegations she was raped by a fellow Liberal Party staffer in 2019.

The Morrison Government has since agreed to adopt an independent complaints mechanism for serious incidents and the one-hour training sessions.

A spokesman for Senator Hanson confirmed to Daily Mail Australia that she would not be doing the training but declined to confirm why.

The One Nation leader made headlines last month when she introduced a bill to override the states and ban all vaccine discrimination.

But it was voted down by the Coalition, Labor, and the Greens.

‘I was devastated they didn’t want to give the Australian people an opportunity to have their say,’ Senator Hanson said. 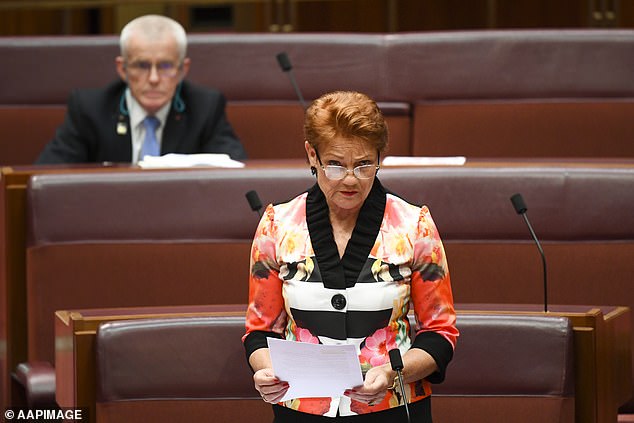