EXPRESS INFORMER > News & Politics > Paul Pelosi answered door to cops but did NOT say he was in distress, new police account claims

A seemingly calm Paul Pelosi never let on to responding officers that he was in distress just seconds before he walked back into his house where an intruder bludgeoned him with a hammer, new details from police sources have revealed.

David DePape, 42, is accused of breaking into the Pelosi home and beating Paul Pelosi, 82, over the head with a hammer after reportedly intending to hold his wife, US House Speaker Nancy Pelosi, hostage and break her kneecaps.

Instead of telling officers that he needed help, or trying to flee the home, Pelosi calmly greeted them and then retreated several feet back into the foyer where police saw the DePape strike him with a hammer, police sources close to the investigation told NBC News.

It’s not clear if Pelosi was already injured or what his mental state when he walked several feet back into the house, away from police.

But according to the the San Francisco police report, both Pelosi and the intruder each had a hand on the hammer when officers responded to the home, which they reportedly were struggling over as police yelled, ‘drop the hammer!’ 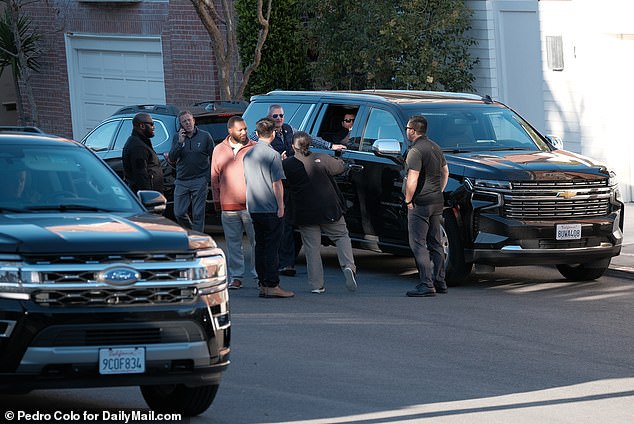 Secret Service agents are pictured in front of the home of US Speaker Nancy Pelosi on Thursday, after her husband Paul Pelosi was released from hospital

Paul Pelosi returned home Thursday after he was released from the hospital, the same San Francisco residence where he was attacked a week ago.

It was later revealed by sources that responding officers were seemingly unaware that it was the home of Nancy Pelosi, who has a security detail and was in Washington, D.C. at the time of the attack.

DePape was carrying zip ties with him when he broke into the home in the Pacific Heights neighborhood of San Francisco, calling out ‘Where’s Nancy’ – the same phrase used by Capitol rioters on January 6.

Pelosi told the intruder his wife was not there and would not be there for several days, and DePape said he would wait. Pelosi was somehow able to get into the bathroom while he called 911.

DePape told investigators he wanted to hold Nancy Pelosi captive and talk to her. He said that if the speaker told ‘the truth’ he would let her go, and if she ‘lied’ he would ‘break her kneecaps.’

‘She would then have to be wheeled into Congress, which would show other Members of Congress there were consequences to actions,’ he explained.

DePape also later explained that he broke into the house through a glass door using the hammer.

Paul Pelosi, who was the only one home when DePape broke in, called the police who arrived two minutes later to find struggling over a hammer, according to a Department of Justice press release.

When Officers Kolby Wilmes and Kyle Cagney responded to the residence and rang the doorbell, DePape reportedly told Pelosi not to open the door, but he did anyway using his left hand.

Pelosi and DePape stood in the dimly lit foyer and faced the officers as Pelosi calmly greeted them, the report said.

When an officer ordered for the men to ‘drop the hammer,’ DePape raised the hammer and said, ‘um, nope’ as he tried to pull it away from Pelosi who exclaimed ‘hey, hey!’

DePape then gained control of it and struck Pelosi’s head, which knocked Pelosi unconscious, according to San Francisco FBI special agent Stephanie Minor wrote in a request for a federal criminal complaint and arrest warrant. 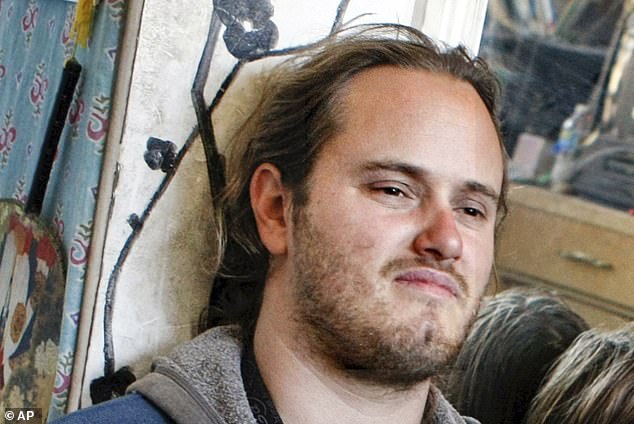 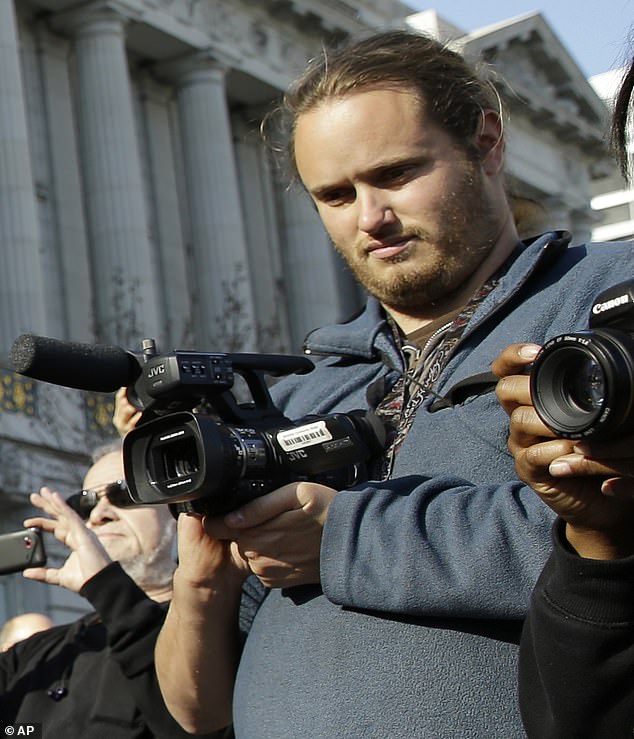 DePape, pictured recording the nude wedding of Gypsy Taub outside San Francisco City Hall in 2013, wanted to kidnap House Speaker Nancy Pelosi and break her kneecaps, it is alleged

DePape was formally charged with attempted murder in court in San Francisco Tuesday afternoon. He pleaded not guilty to charges against him, including assault, attempted murder, and attempted kidnapping.

Immigration officials confirmed Thursday morning that the suspect – Canadian native DePape, who is in custody, entered the U.S. illegally by crossing at the Mexican border in 2008.

The US Capitol Police indicated Thursday they are undertaking an investigation of security procedures for the raft of lawmakers who receive some form of protection. The Speaker herself has a 24-hour security detail who travels with her.

The attack left Paul Pelosi, with a fractured skull and injuries to his arms and hands for which he underwent surgery, according to the speaker’s office. He returned home on Thursday, where he will continue treatment.

The real estate and venture capital executive, ‘remains under doctors’ care as he continues to progress on a long recovery process and convalescence’ back at home, the speaker said in a statement issued by her office.

‘The Pelosi family is thankful for the beautiful outpouring of love, support and prayers from around the world,’ Pelosi’s office said in a statement.

‘Paul is grateful to the 911 operator, emergency responders, trauma care team, ICU staff, and the entire ZSFGH medical staff for their excellent and compassionate life-saving treatment he received after the violent assault in our home,’ said the statement.

‘Paul remains under doctors’ care as he continues to progress on a long recovery process and convalescence. He is now home surrounded by his family who request privacy.’ 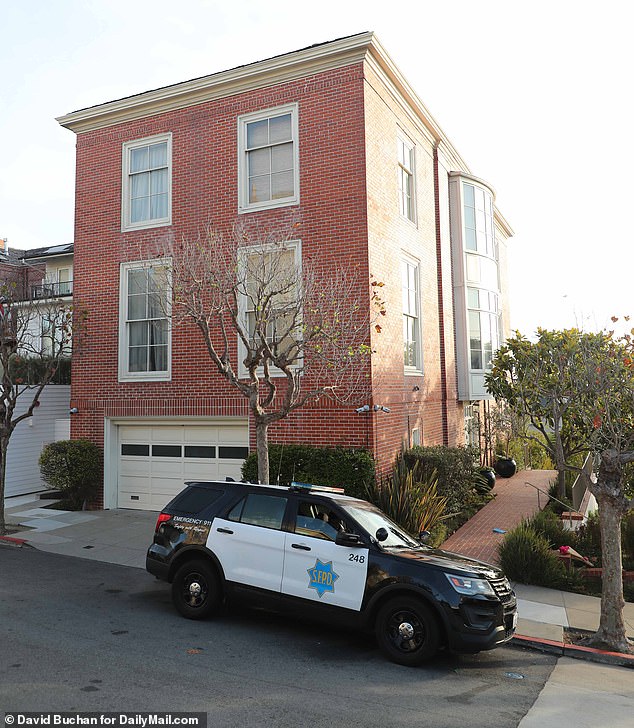 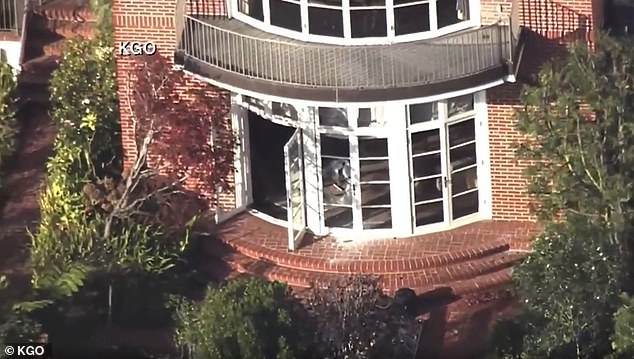 Capitol Police were able to review security camera footage before the incident, which took place while the speaker was away

The incident, just days before the November elections, has renewed calls in Congress to beef up security in light of a growing threats against lawmakers.

Nancy Pelosi, a Democrat who is second in the line of succession to the presidency, was in Washington at the time.

U.S. Capitol Police Chief J. Thomas Manger said in a weekend memo to lawmakers that the attack ‘is a somber reminder of the threats elected officials and families face in 2022.’

In a speech Wednesday, US President Joe Biden linked the attack to the political violence unleashed by ex-president Donald Trump’s supporters against Congress on January 6, 2021.

Republicans, he said, have ’emboldened violence and intimidation of voters and election officials.’

‘That is the path to chaos in America,’ he said.