EXPRESS INFORMER > News & Politics > Paul Hogan on meeting the Queen and why she apologised to him: Crocodile Dundee

Paul Hogan reveals why the Queen apologised to him as the Crocodile Dundee actor reflects on the time he wore stubby shorts and cut off sleeves when meeting Her Majesty: ‘I copped a lot of flack for that but she didn’t mind’

Legendary Australian actor Paul Hogan has reflected on the controversial moment he met the Queen wearing nothing but a cut off flannel shirt and shorts after performing a show – and how she apologised to him for turning down his offer for dinner.

The Crocodile Dundee star sat down for an interview with A Current Affair host Tracy Grimshaw – her last before she leaves Nine’s flagship program after 17 years.

It comes as Hogan, 83, releases a new book, Australia According to Hoges, which is described as a ‘love letter to Down Under’.

Grimshaw brought up a photo from the book of Hogan meeting the Queen after he performed in the Royal Charity Concert at Sydney Opera House in 1980.

Legendary Aussie actor and comedian Paul Hogan famously met the Queen and Prince Philip at the Sydney Opera House in 1980 wearing a cut off flannel, stubbies and footy socks

When they met, Hogan donned a cut off flannel shirt, stubby shorts and footy socks.

‘I love that shot,’ the comedian said. ‘I got a lot of flack over that but the Queen didn’t mind.’

Hogan has said in previous interviews that ‘everyone was horrified’ by what he wore that night when he met the royals – with the exception of the Queen.

In an interview with Jonesy and Amanda back in 2020, he explained that it was his ‘summer working uniform’.

‘The stubbies and the torn-off shirt was the standard builders (and) labourers uniform back in the 70s,’ he joked. 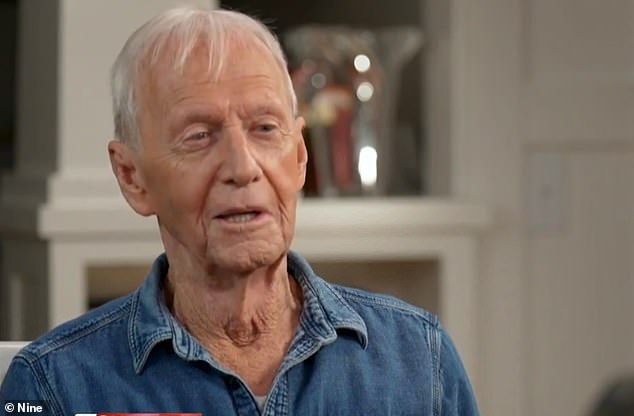 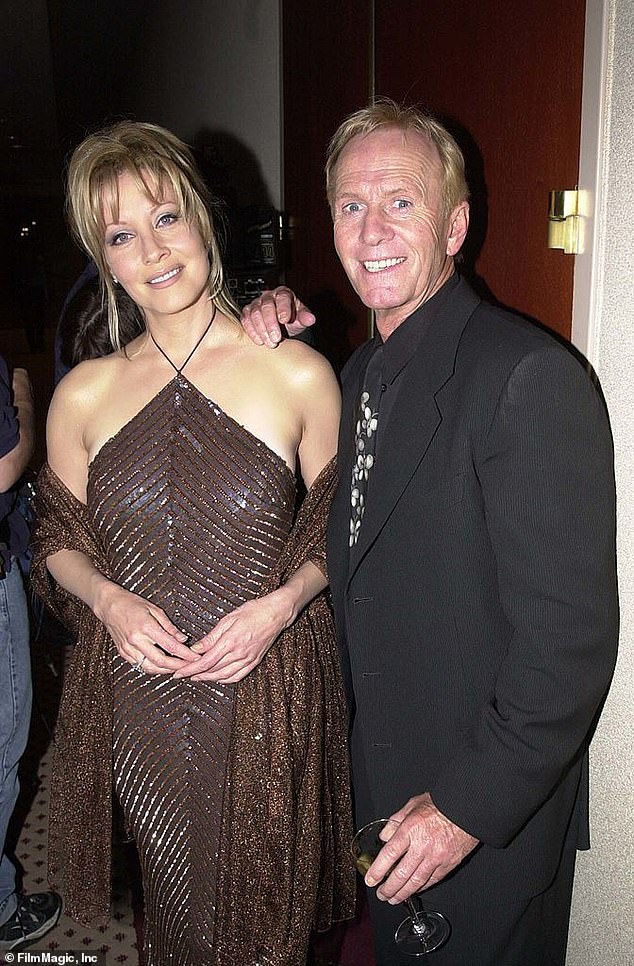 Paul Hogan is pictured with his second wife Linda Kozlowski during Carousel Ball 2000 in Beverly Hills, California, United States. The couple divorced in 2014 after 25 years

Hogan told Grimshaw that the late Queen had apologised to him during that same meeting after she ‘won’ a prize to have dinner at his home.

‘The show we did at the Opera House for entertaining her, part of the thing I did was to pretend to draw the lucky seat prize,’ he said.

‘I drew two names out, which obviously was the Queen and Philip, and said the prize that they’d won was dinner at my place, and told them how to get there, what bus to catch and all that kind of stuff – was all funny.’

‘But when I met her, she then leaned over and said, ‘I’m sorry dear, I don’t think we’ll be able to make dinner’, which is great, she’s got a sense of humour.’

Hogan also touched on his chronic health battle, revealing that he’d lost a lot of weight and was being ‘held together with string’. 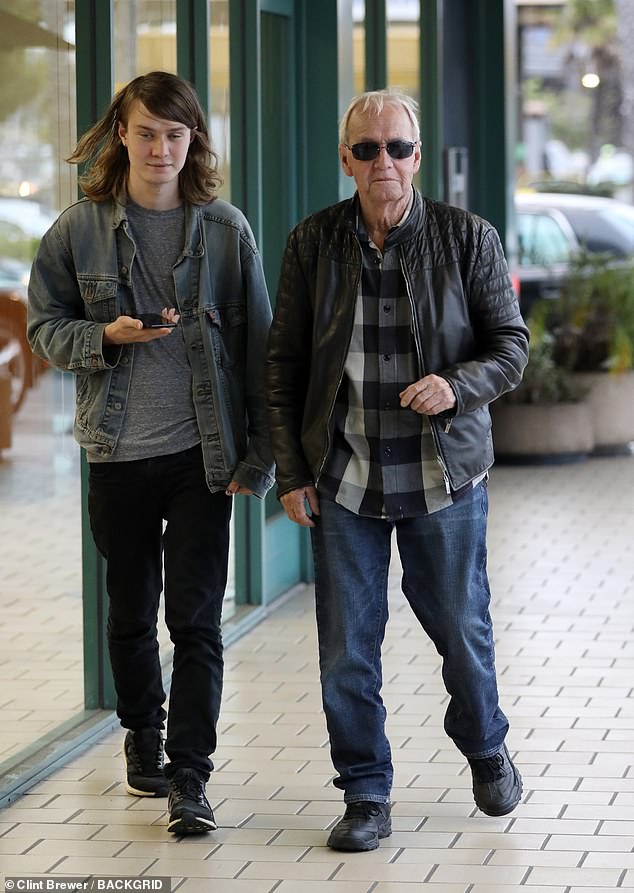 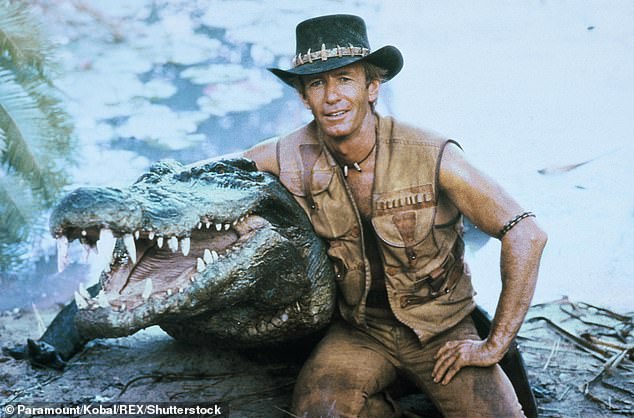 ‘I had a problem on the aorta and the kidney and the treatment fixed it but it shrunk me,’ he said.

The Aussie explained that he had lost all of his body fat and that his muscles ‘shrank’ leaving him feeble.

Hogan claimed he was ‘fit’ up until he was 79 years old but started to deteriorate rapidly after turning 80.

‘I’d still take out most 40-year-olds then I turned 80 and there’s a saying that turning 80’s not for sissies because things start to fall apart but, no, I can’t complain.’

Hogan now lives in California in the US with his son Chance.