By Glen Keogh For The Daily Mail

Paul Gambaccini said yesterday he is ‘coming for the BBC’ over its alleged complicity in the child sex abuse ‘witch hunt’.

In an explosive interview with the corporation’s Victoria Derbyshire, Mr Gambaccini, who presents BBC Radio 2’s Pick of the Pops, accused his employer of being ‘on the side of the wrongdoers’ in its reporting of alleged VIP abuse cases.

He even offered to go ‘head-to-head’ with the BBC’s outgoing news chief Fran Unsworth in a public debate, in which he said he would ‘dissect her like a frog’.

Mr Gambaccini, 72, interviewed on BBC News yesterday, was arrested over false sex abuse allegations in 2013 and spent a year on bail before the case was dropped by Operation Yewtree detectives working under Miss Dick, then a Scotland Yard assistant commissioner.

He later received a £250,000 out-of-court settlement from the Metropolitan Police for privacy breaches.

Speaking to Miss Derbyshire, Mr Gambaccini criticised the BBC for its interviews with the fantasist ‘Nick’, who accused a string of VIPs of involvement in a murderous paedophile ring.

He said ‘Nick’ – aka Carl Beech – had been given ‘free reign’ on the BBC’s Six O’Clock News, and also hit out at the corporation’s coverage of a police raid on Sir Cliff Richard’s home in 2014. 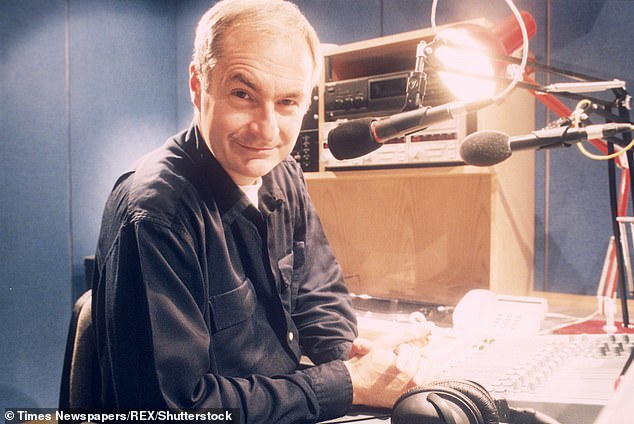 Mr Gambaccini (pictured in 1995), who presents BBC Radio 2’s Pick of the Pops, accused his employer of being ‘on the side of the wrongdoers’ in its reporting of alleged VIP abuse cases

Of the alleged targeting of celebrities in Yewtree and other operations, he said: ‘All throughout the witch-hunt the BBC was on the side of the wrongdoers.

‘We haven’t come for the BBC yet… but don’t think we are going to go away.

‘In the years to come, boy, the truth about the BBC’s complicity in the witch-hunt will be known.’

On BBC director of news Miss Unsworth, who has announced she was leaving the corporation, he added: ‘Fran Unsworth has taken life’s last leap and a good thing too because she was on the wrong side with the Cliff Richard thing.

‘I will go head to head with Fran Unsworth in any public forum and I will dissect her like a frog, without ether.’